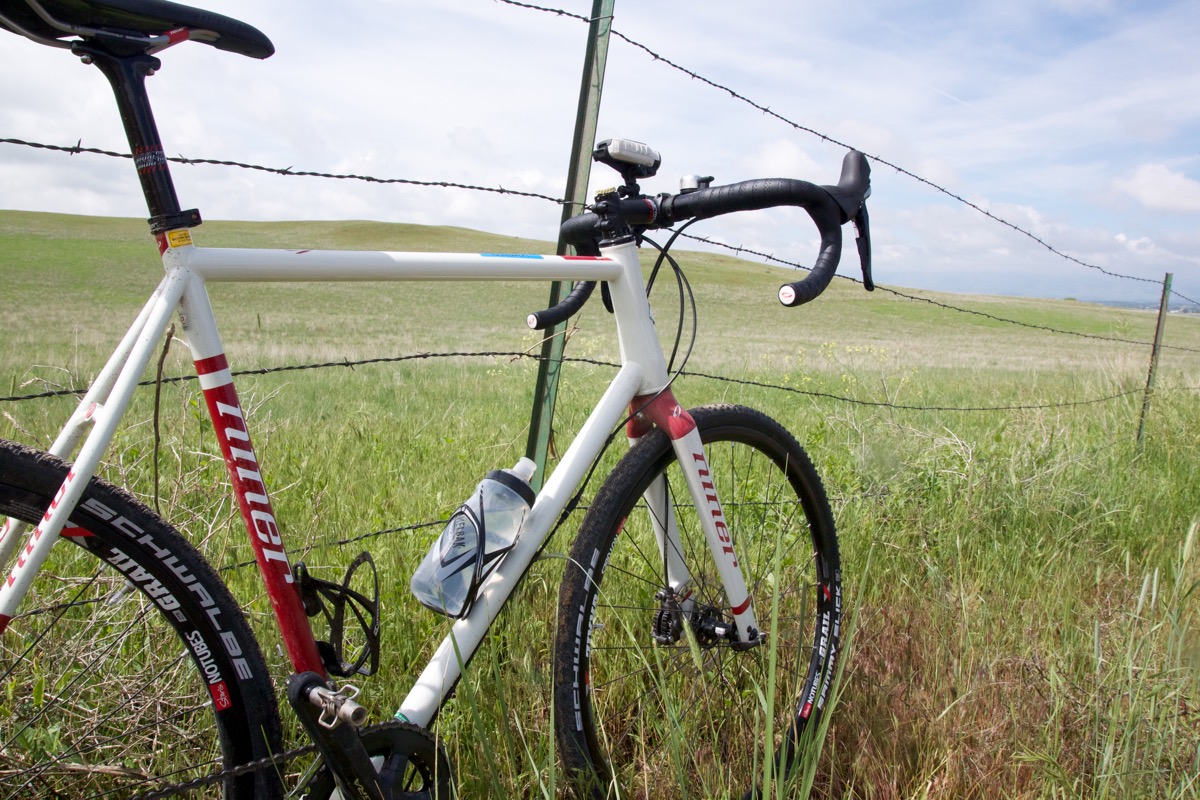 As a mountain biker, you can be forgiven for not being sure what to make of the Niner RLT 9. Niner is a brand that’s synonymous with 29er mountain bikes so on the surface it may be surprising to see a drop bar, 700c bike coming from the Ft. Collins, Colorado company. But look beyond the silhouette of RLT 9 and you just might find a bike that fits the type of adventure riding you’re into. 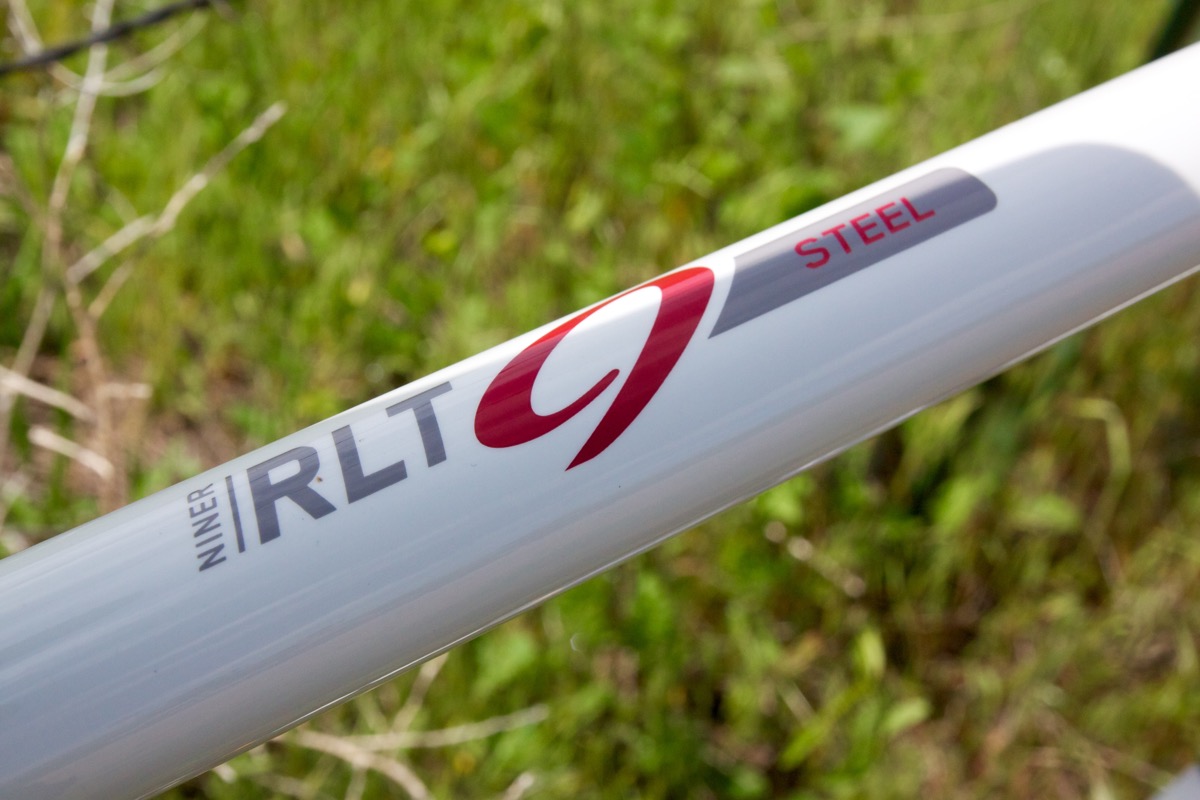 Yes, technically this is a road bike but unlike most road bikes, this rig is designed to be ridden off pavement–think gravel roads and shortcut neighborhood trails. Unlike its dirt-loving, road bike cousin, the Niner BSB 9 cyclocross bike, the RLT 9 gravel bike features a more relaxed geometry and extended chainstays for longer, more comfortable days in the saddle.

If you still don’t get the connection between this bike and mountain biking, let me connect the dots. Firstly, the RLT 9 allows you to run 700c (road) wheels or 29er wheels. Yes, the two are essentially the same, but the chainstays and fork are designed to accommodate up to 1.75″ 29er mountain bike tires like the Vee Tire Co. 12s. Not only that, the RLT 9 is spec’d with disc brakes and is offered in both alloy and steel versions that have been tuned to dampen the vibrations caused by rough tracks.

Bikepacking is becoming more popular among mountain bikers, and it turns out the RLT 9 is an excellent bikepacking choice thanks to multiple rack, bottle, and fender mounts. It’s hard to imagine a more efficient bike for racking up off-pavement miles than the RLT 9. Unlike fat and “plus” bikes with big tires and straight bars, the RLT 9 is built for bikepacking adventures that are more “backroads” than “backwoods.” Still, this bike opens up a lot of terrain compared to a standard road touring bike!

It’s also interesting to note that Niner has tested the RLT 9 to mountain bike safety standards, just like all the other bikes in their line. Riders should feel confident riding this bike hard and occasionally taking singletrack shortcuts when the opportunity presents itself.

Let me be frank: I’ve never ridden a gravel bike before, so I can’t compare this to similar bikes. However, I have ridden hundreds if not thousands of miles of gravel on a mountain bike, and I can tell you the RLT is much better suited to grinding mile after mile along the pebble highway. Riding the RLT off pavement was more comfortable, more efficient, and just plain more fun than riding a mountain bike on similar surfaces.

My RLT 9 test route started on paved greenway paths winding through Ft. Collins and headed east until hitting the wide-open spaces of eastern Colorado. Endless miles of gravel farm roads stretch beyond the horizon, and I found the scenery from the RLT 9 cockpit to be surprisingly pleasant. I say this as someone who called Colorado Springs home for several years while routinely ignoring the world that existed less than half a mile to the east of my home. Riding the RLT, I felt a tinge of remorse for not having explored more when I had the chance. Can a bike induce wanderlust? I’m pretty sure it can.

Toward the end of our ride we took a detour through a construction site and into some glorious peanut butter mud sprinkled with pea gravel and grass. Within our group of riders derailleurs were ripped off, shoes were ruined, but somehow the steel RLT I was riding came out unscathed.

After riding the RLT I realized I could easily get more use out of this bike than the carbon road bike that (mostly) sits gathering dust in my basement. Clearly the RLT would be my go-to rig for riding gravel roads when trails are too wet to ride in winter. And commuting would be a blast on the RLT, especially along the little singletrack side path I’ve been working in over the past few months. Oh, and the RLT could extend my range for riding to the ride–there are plenty of places I want to explore off road that aren’t quite worth driving to but that are probably fun as a part of a larger ride. And if I’m honest, road rides can get boring after a while so being able to hop off road, if ever so briefly, would surely spice up my rides.

On the surface a gravel bike like the RLT 9 may appear to be an overly-specialized bike but digging a little deeper, it’s clear this is a road bike only a mountain biker can appreciate. The RLT is available starting at $1,049 for the frame or $1,999 for a complete bike.

Your turn: As a mountain biker, would you consider purchasing a gravel bike like the RLT 9?

I ride a Niner Jet RDO for mountain biking but since Niner’s Canadian bike supply is so poor I purchased a Specialized Diverge for gravel racing. The Diverge was great at Paris to Ancaster and has become my go to bike. With a pair of Schwalbe One tubeless road tires the bike is fast and comfortable enough to ride in local group rides or gran fondo’s. Switch to a set of 700 X 35 tires and I can ride most Ontario singletrack. My 13 pound Cervelo R5 has sat in the basement all season.

Man, this sounds like my kind of road bike! I could totally go for a gravel bike 🙂