The Marin Mount Vision C-XM9 is a beautifully-designed bike that blurs the lines between the 27.5″ trail and all-mountain categories with 140mm of travel linked to Marin’s IsoTrac suspension platform. The bike was clearly designed to climb as well as it descends, targeting arguably what most riders need who are looking to shred any type of terrain.

The Deets (from Marin)

Rolling out made it clear that a lot of anti-squat was built into the bike’s handling characteristics, but at the risk of feeling a bit stiff and sacrificing some small bump sensitivity. The bike would rail around corners and was solid on short punchy climbs, but felt harsh over bumps even in the “Descend” mode on the CTD fork. Spending more time dialing in the suspension may correct this, but it was one of the few demo bikes I tested that did not feel dialed from the start. 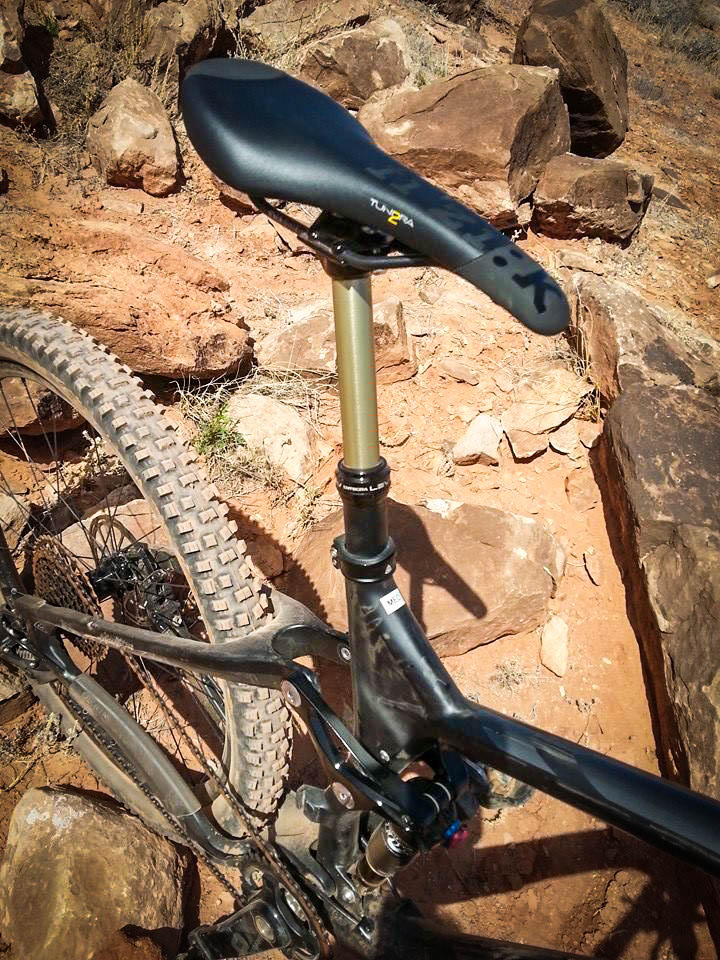 The 67.8-degree head tube angle made the steering snappy and crisp and the 66.8-degree seat tube angle was more than adequate for flat pedaling and comfortable climbing. I did not test this bike on long climbs, but the handling characteristics suggest that it is amicable to long hours in the saddle. The SRAM XO1 drive train seems very complimentary to this style of bike, and this model in particular, and performed flawlessly during the test. Easton Haven wheels were quick to accelerate and felt rooted to the trail when getting aggressive around corners and in the rough.

The most interesting thing about this bike to me was not the geometry or handling or suspension setup, but the dropper lever. The subtle addition of the KS LEV Southpaw remote lever, a little gadget that debuted at the 2014 Tapei International Cycle Show, has since proved to be “un-obtainium” (i.e. you cannot find one, anywhere). Seriously, no one can order them, but Marin specs them on their bikes? That is remarkable. I asked the Marin mechanic if indeed I was hallucinating about the Southpaw being right there-actually on the bike–and I was simply told with an index finger to the lips, “speak not of it.” Whoops–but he was joking, because it is clearly listed on their website. Yeah, Marin’s got ’em, so they exist, and it worked as beautifully as you’d expect: a shifter-style lever that replaces the awkward thumb wresting you currently do to drop your saddle on our rides.

At an MSRP of $6,799, this stiff and well balanced carbon bike is spec’d with some well thought-out parts, with one very notable exception: the fork. Putting a Fox 32 Float CTD fork on a 140mm trail bike seems somewhat out of touch with the majority of riders who want to get the most out of a bike like this (if you disagree, ride a Fox 36, then a Fox 32, on a gnarly trail, and the difference is indisputable). When I asked the Marin rep about the fork, I was told that it had to do with both weight and cost. True, there is a 400g difference between the two forks, but the Fox 32 can seem downright “noodle-y” for all but the most featherweight of riders. If you purchase this bike, you will probably want to change the fork immediately for something that will keep up with the rest of the bike on the downhill, because it was designed to be a little ripper in every kind of terrain.

This is the bike for you if you want a bike that is well-suited for both climbing and descending, has unique West Coast styling, and the most bang for your buck. It is a true all-rounder. Though it is adept at going fast, it’s a bit more agile than some of the long, slack, downhill shred-machines that now seem ubiquitous on on the enduro racing circuit. I’ve been wanting to try a Marin for some time now, and I am glad that I did. Despite being underwhelmed by the fork and suspension, I think it has the potential of being a true one-quiver bike. 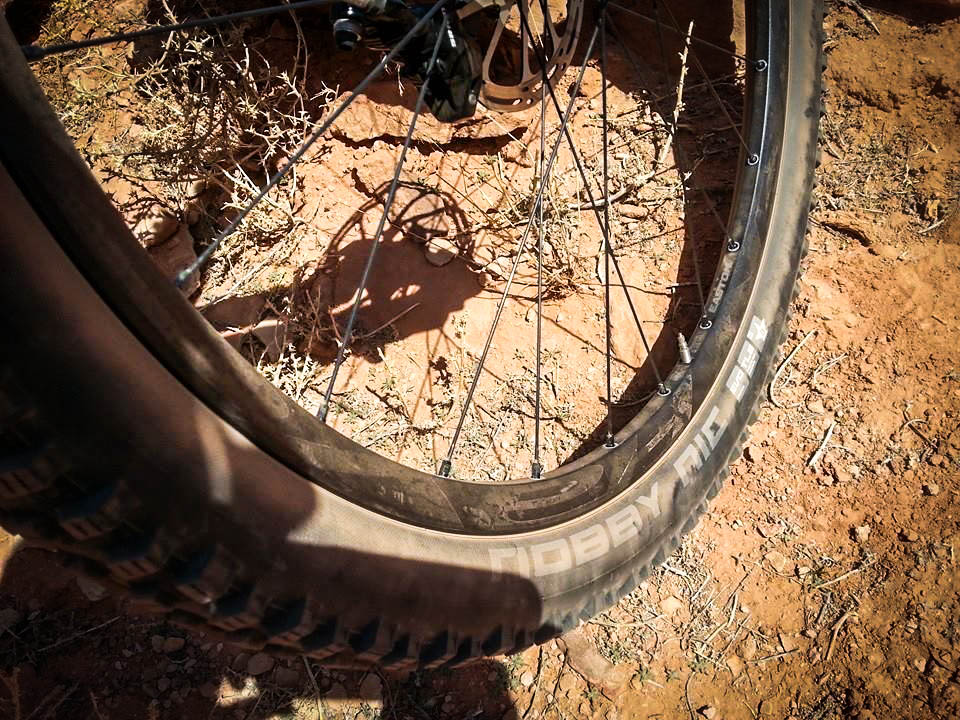 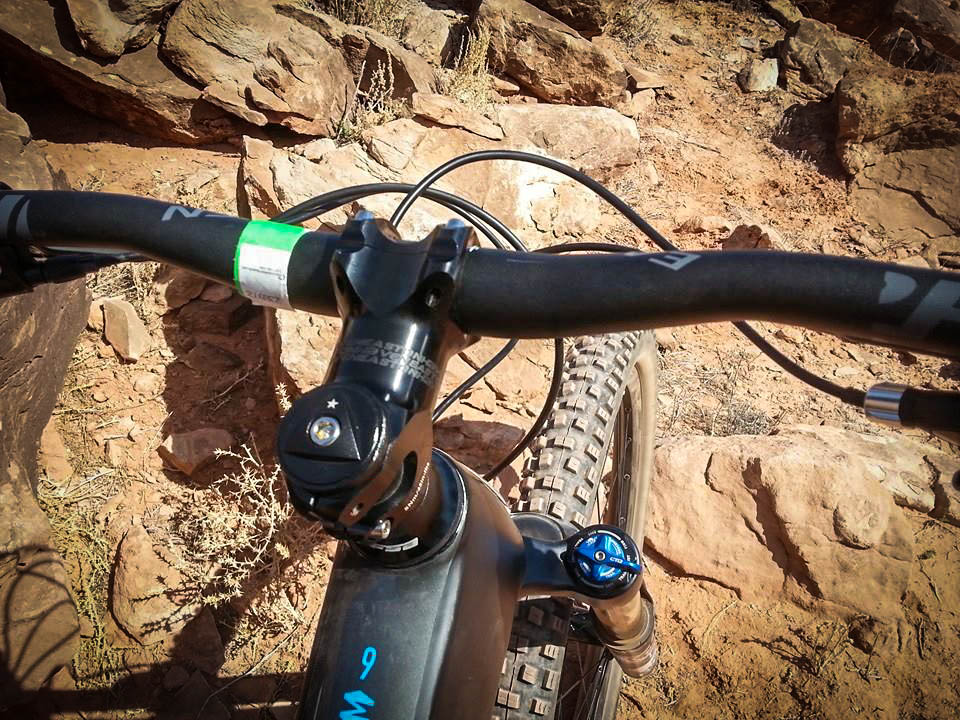 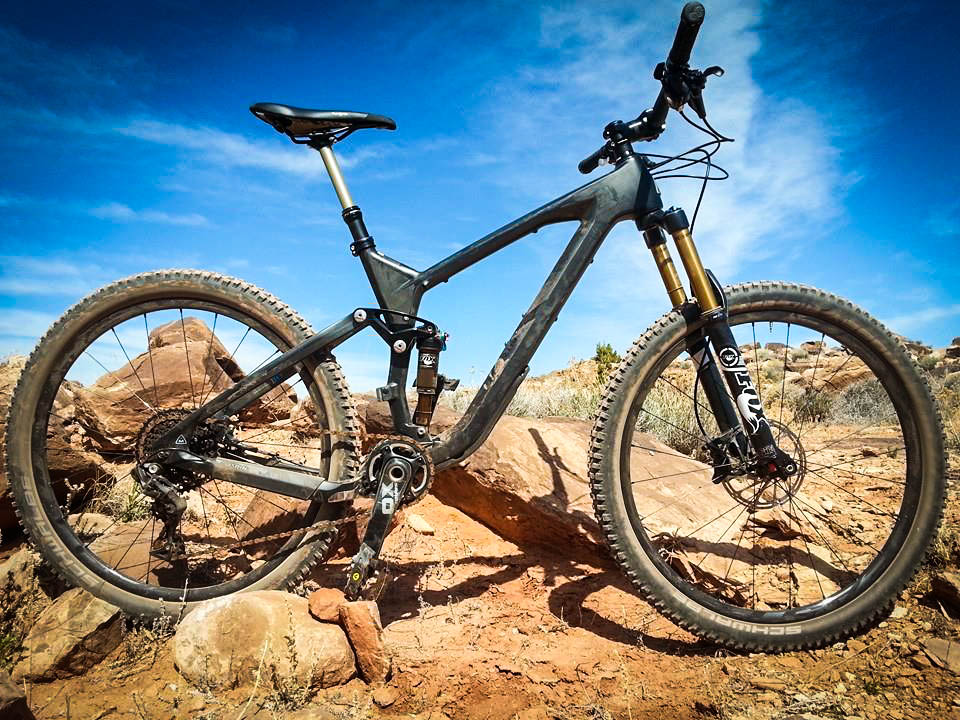 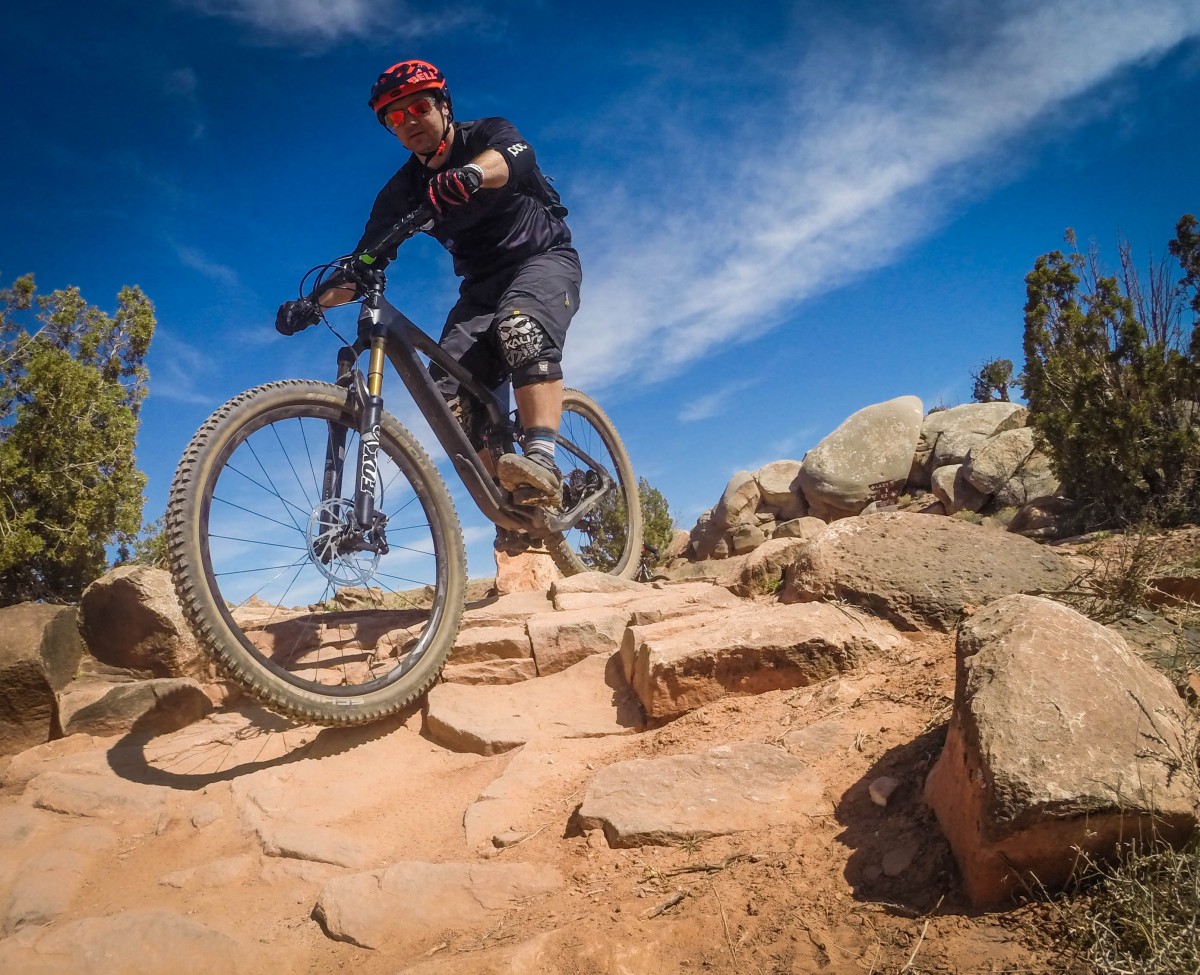