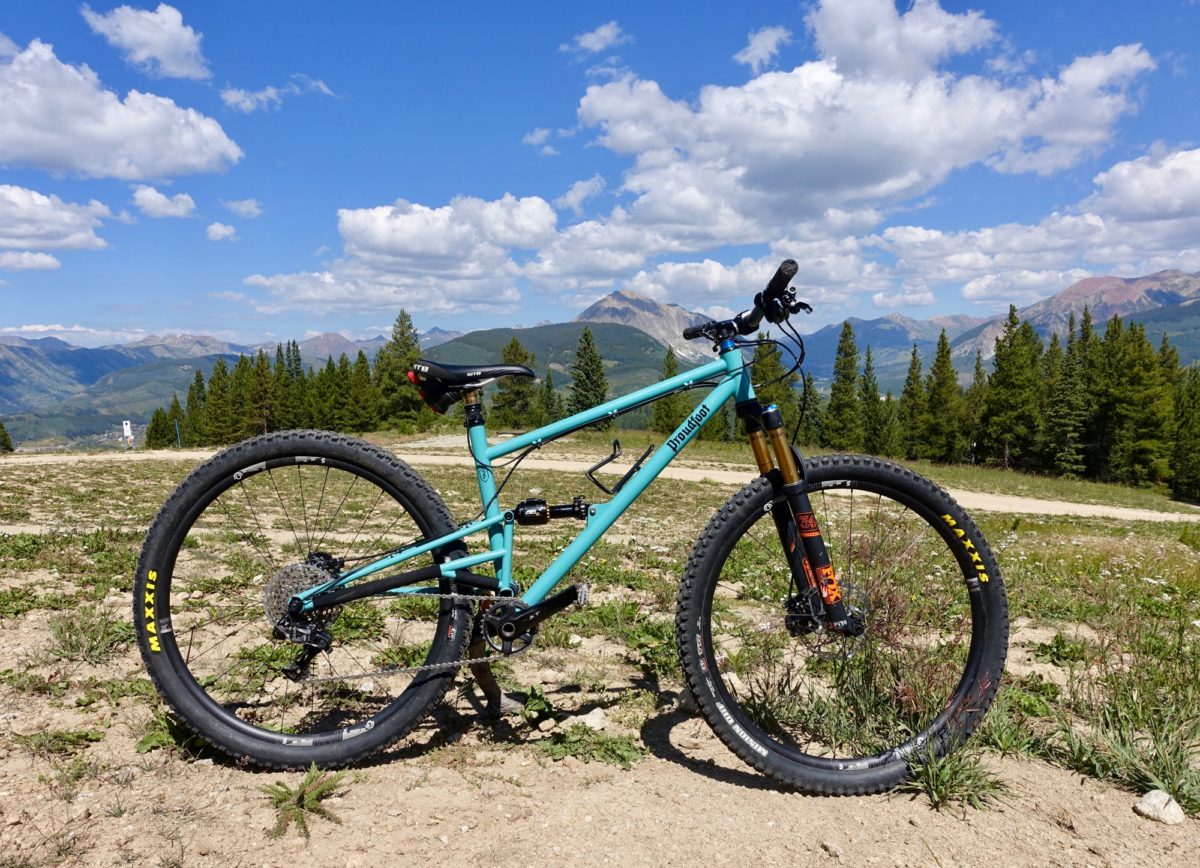 Most people think steel is best suited for hardtail mountain bike frames–and if it’s a singlespeed, then even better! Generally speaking, steel is much heavier than any other bike frame materials–aluminum, carbon, titanium, you name it–and again, generally, the vibration damping qualities are considered unnecessary in a full suspension bike when considering the total weight.

A small company hand building frames in Golden, Colorado, all of Proudfoot’s bikes feature lightweight “high-strength, American-sourced steel tubes,” according to their website. Those steel tubes are found in their hardtail mountain bikes, as well as their full suspension offerings.

But just because these bikes are built with steel tubing doesn’t mean they’re absurdly heavy. Rather, the size-medium 120mm-travel full suspension 29er with a mid-range component package that I tested tips the scales at a touch under 30lbs, according to Proudfoot. In their highest-end build Proudfoot claims they can get the Primed 29er down to 27lbs. Hefting the bike, it’s noticeably lighter than my personal full-carbon enduro rig, but my own bike is admittedly on the porky side. It took a few minutes of riding, but I was eventually able to wipe from my brain the bias screaming at me that “steel is supposed to be heavy.” 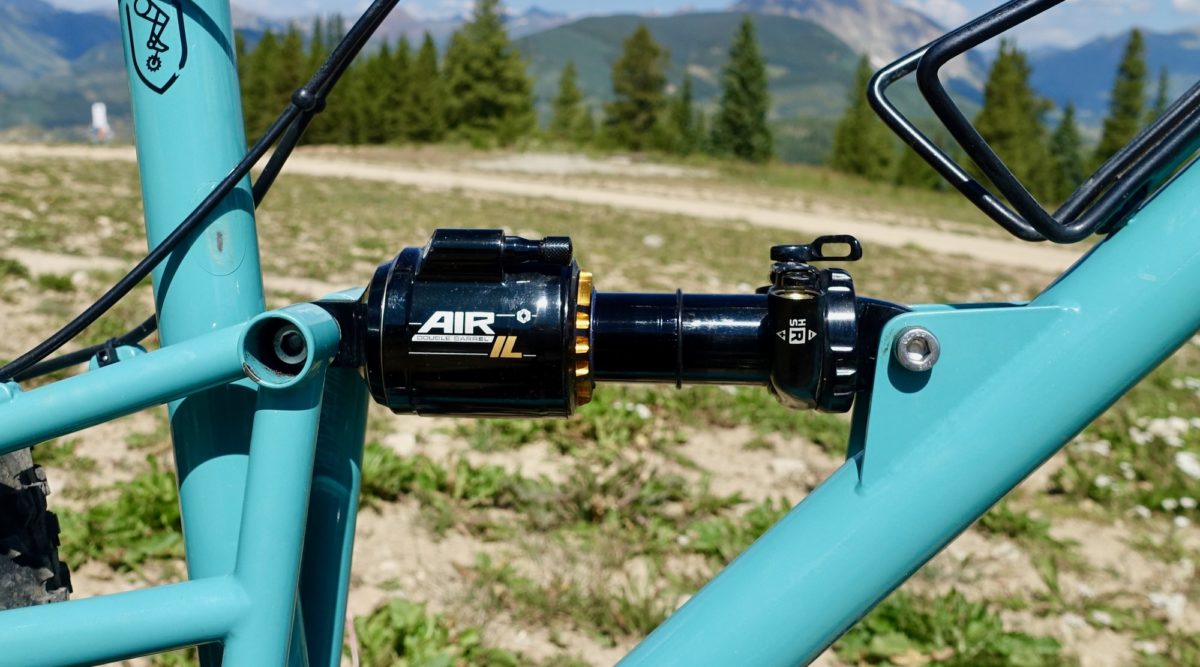 I got to swing a leg over the Primed 29er at Outerbike in Crested Butte. The specific build I tested falls somewhere between their Adventure and Performance build kits, and would retail for roughly $5,500, according to Proudfoot.

The head tube angle measures 67° and the effective chainstay on a size-medium is 17.4″. For more geometry information, be sure to visit Proudfoot’s website. 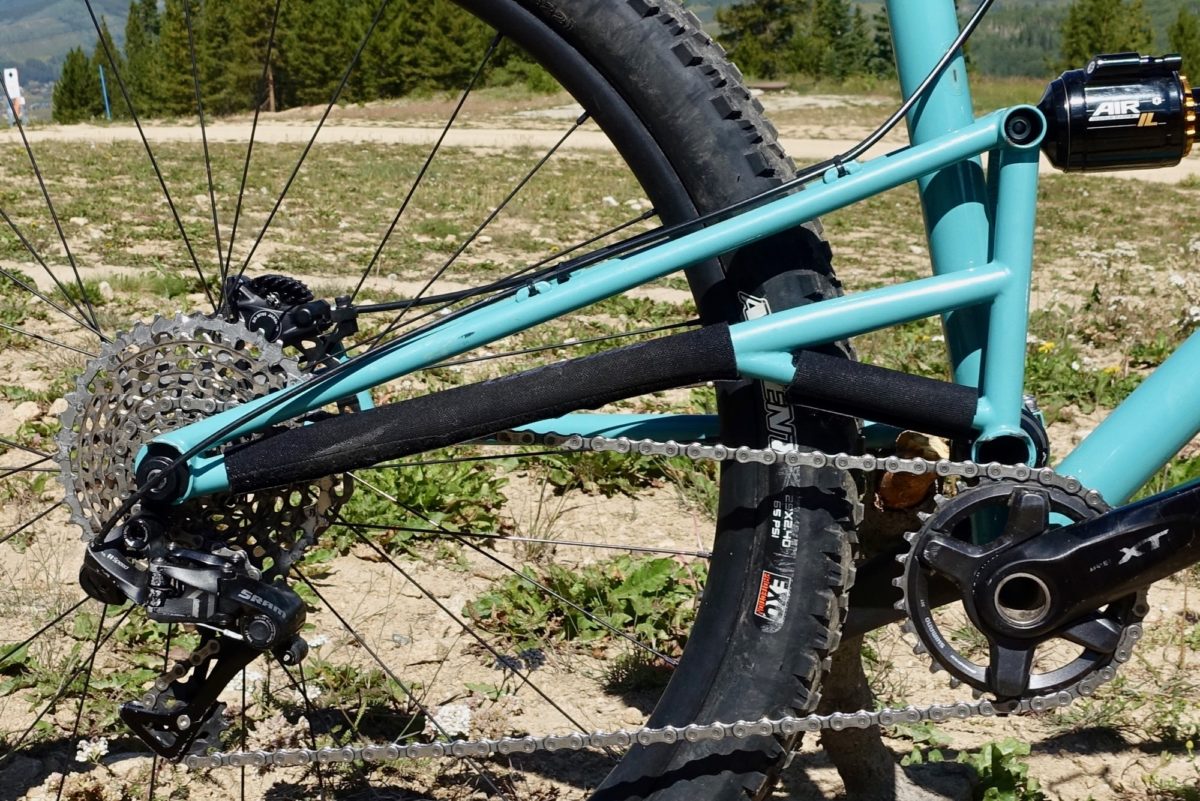 Granted, testing a 120/130mm trail bike in a DH bike park isn’t an ideal scenario, but I was still able to get a taste for what the Primed was capable of. My first impression of this bike, dropping into a blue flow line with some floaty tabletops, was “dang, this thing handles great in the air!” This impression stayed with me throughout my test ride, as I was able to throw the back end around, get playful, and pop up and over all the jumps in front of me. I even heard this sentiment echoed by a consumer at the show at the Proudfoot booth the next day–glad to hear I’m not the only crazy sending jumps on a 120mm steel 29er!

Diving into some back-to-back high speed berms, I found the front end to sit a bit tall on my test bike, but with a big spacer below the stem and a low riser bar installed, I’d have a lot of room to drop this cockpit in a longer term review. 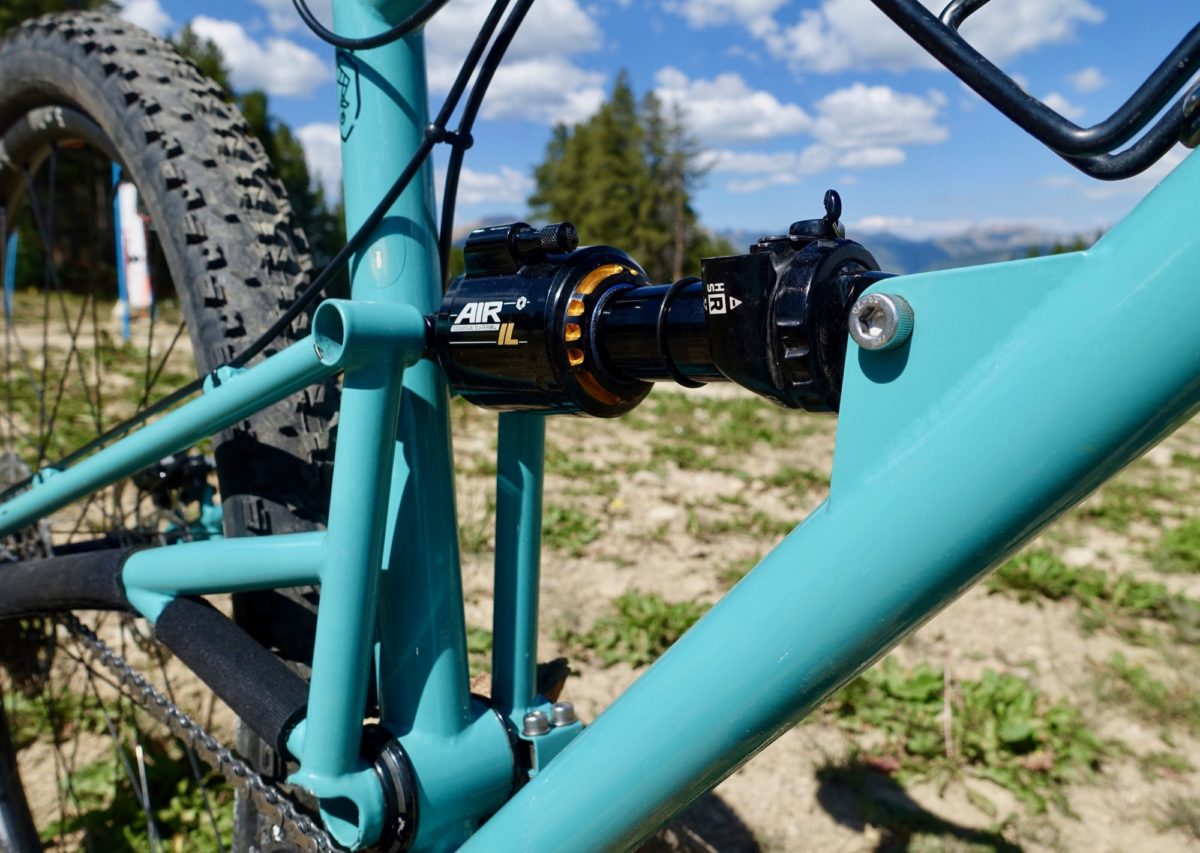 Popping the seat up for a short pedally section, I found the Primed to be spry under pedaling power, accelerating quickly and eagerly down the trail.

At one point I pointed the Primed at a black diamond rock garden, and I plowed the front fork into a massive hole, getting quite hung up. In really technical terrain, I had to slow down and pick my way through carefully. I was able to navigate through sections way above the Primed’s pay grade, as long as I proceeded with care.

While I only had a couple of laps aboard the Proudfoot Primed 29er, my initial impression is that it trends much more toward the XC end of the trail bike spectrum than it does toward the enduro end. While it is equipped to handle a little chunder and positively loves to get playful and airborne, the Primed appears to reward the pedaler most of all.

But one thing is certain: heavy and slow, this steel bike is not!