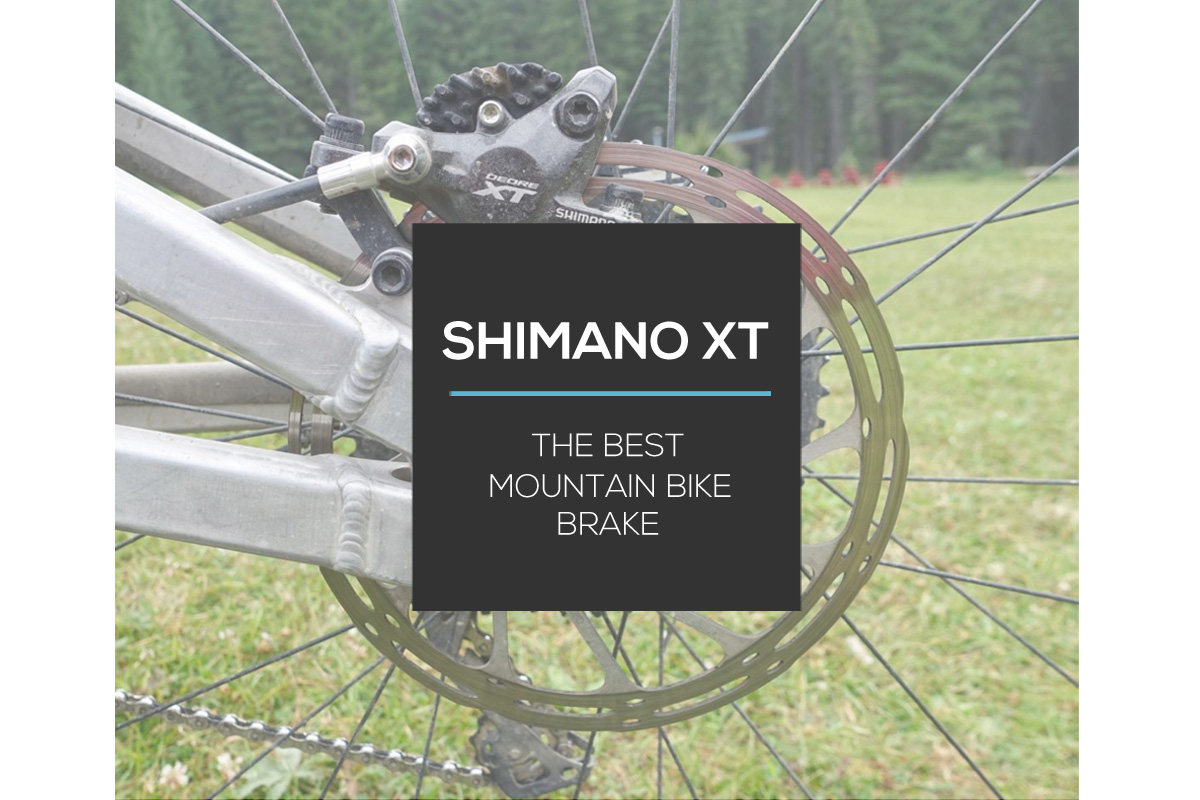 Every single rider has a set of brakes on their mountain bike. Whether you ride full suspension or hardtail, with 30 gears or 1, a new bike or an old one, we all need a set of stoppers to keep us from flying down the mountainside, completely and utterly out of control. So, we surveyed over 2,000 mountain bikers to find out which brakes riders think are the best.

While I would have drawn this article out into a longer list, Shimano’s XT brakes won by such a massive landslide that going beyond the top three highest-voted brake models leads to such a massive drop off that the results don’t appear to be statistically relevant.

Out of 1,570 responses to this question, Shimano brakes collectively, across all of their various models, received 1,022 votes. The XT model itself received 592 votes, which is more than all non-Shimano brakes combined! All other models of brakes, from SRAM, Avid, Hope, Magura, Hayes, Formula, Tektro, and TRP only netted 548 votes.

Next up, second place was claimed by Shimano’s XTR model, with 160 votes.

After third place, fourth drops to 70 votes (Shimano Deore) and the results trail off drastically after that… but Shimano still continues to dominate.

While on the surface the brake market appears to have much more competition than, say, the drivetrain market, these numbers seem to indicate that’s not the case. Shimano is an absolute giant in the brake market, and despite SRAM’s latest Guide brakes initially receiving rave reviews, recent quality control and warranty issues haven’t been helping them recover from the generally negative perception of their Avid brand.

And despite the first batch of Shimano’s latest M8000 XT model being plagued with issues, Shimano has reportedly resolved those issues. Most readers apparently still consider Shimano XT to provide strong braking power in a reliable package, and at an affordable price.

Gear
What is One Thing You Wish You Could Change About...
Gear
Breaking News: SRAM Announces Entry-Level 1x11 Drivetrain: The NX1
Gear
An Anti-Fat Bike Anchorage Resident Realizes the Error of His...
Community
Give Your Input on the Best Bike Parks, Win Prizes...

Yep. I’ll take the not-so-perfect modulation for the ease of maintenance. I no longer have to take my bike to the shop for a bleed as I can do a “cheater-bleed” (get the bubbles out of the reservoir with the funnel thinger) in 1 minute.

Meh….99% of all riders will never change their brakes from whatever came on their bikes. What’s most likely to come on your bike? Shimano or SRAM of course. If they do change/upgrade them, they are most likely to stay with the same brand or what the shop recommends which happens to be? Shimano or SRAM of course. The bottom line is most people don’t ever even try other brands like Magura, Hope or TRP and I’m one of those guilty of that. I’ve been riding close to 30 years and aside from (2) attempts to like SRAM products have always been on Shimano brakes. At this point, I’m like Zoso and wouldn’t go another route because I know how to service & adjust Shimano brakes on my own which helps a great deal when I’m in the sticks with no shop around.

Cursioly what are the parameters that define “best” ? Are XT’s the best or just the most common? If I were asked this question I wouldn’t be able to answer it because I’ve only ridden bikes with XTR, XT, or SLX whether mine, borrowed, or rented. XT’s come spec’ on a lot of bikes because they are high quality , and low cost, but does that make them the best?

In my real world testing on a 2015 Trek Farley fat bike, it came spec’ed with Avid hydraulic brakes. I wanted to like them (as to always only buying Shimano products) but the stopping power was very inadequate. One year later, I switched and upgraded to XT brakes because I had those brakes on my Felt. What a difference! It was like night and day and I wish I had done it much earlier. I couldn’t believe that the difference in brakes made the bike that much more enjoyable to ride and in control!

Riding SLX/XT’s after ridding Guide’s, feels like trying to thread a needle with a hammer. Admiring initial stopping power over modulation is silly.

If you need full bite right at engagement, you’re doing it wrong. The point of brake’s is to avoid using them as much as possible.

Also the fact that Shimano Deore is fourth just confirms the fact that most people are simply voting for whatever came with their bike.

Hi Greg,
Can you confirm that the issue you reported in previous M8000 test is resolved? Are the brakes Shimano sent you as replacement still trouble free?
Thanks

I have both sram and xt m8k. No major issues. I still think my mechanical cable brakes were the best. Not sure how hydraulic are better. The tension was right, the play was minimal, impossible to get oil bubbles, I tried to get cables brakes on my Norco, the shop almost refused, lol. Anyway, not sure my XTs are better than my favorite avid brakes from a few years ago. The shop still has to bleed the srams now and then because the pull tension wanders all over the place….RIP mech brakes…..

SRAM Guide and Avid failed me all the time. The old Avid will lock the piston during hot day ride which is always the case for Malaysian weather. My SRAM Guide R (the old 2014) lever will stuck after you pull the brake in hot weather. End up have to change the lever piston. The new piston design look different. And so far work well. But i swear no more SRAM Brake. My Shimano XT brake are just fantastic. The same case with Deore. Superb. And cheap too for non USD, EUR, GBP wage earners. Hope, Magura, TRP, all those only for USD, EUR, GBP people 🙂

In response to some of the comments above, here are the brakes I have ridden.

I’d pick XT any day (though SLX feel nearly identical). The Elixir 9’s bothered me enough to actually buy a new set of XT (on my current bike).