We’ve seen electronic integration on drivetrain and suspension components from many companies, but the new Scott Spark XC race bike, dubbed the “Scott Spark 700 Ultimate Di2,” comes stock with the most electronic support I’ve seen yet. 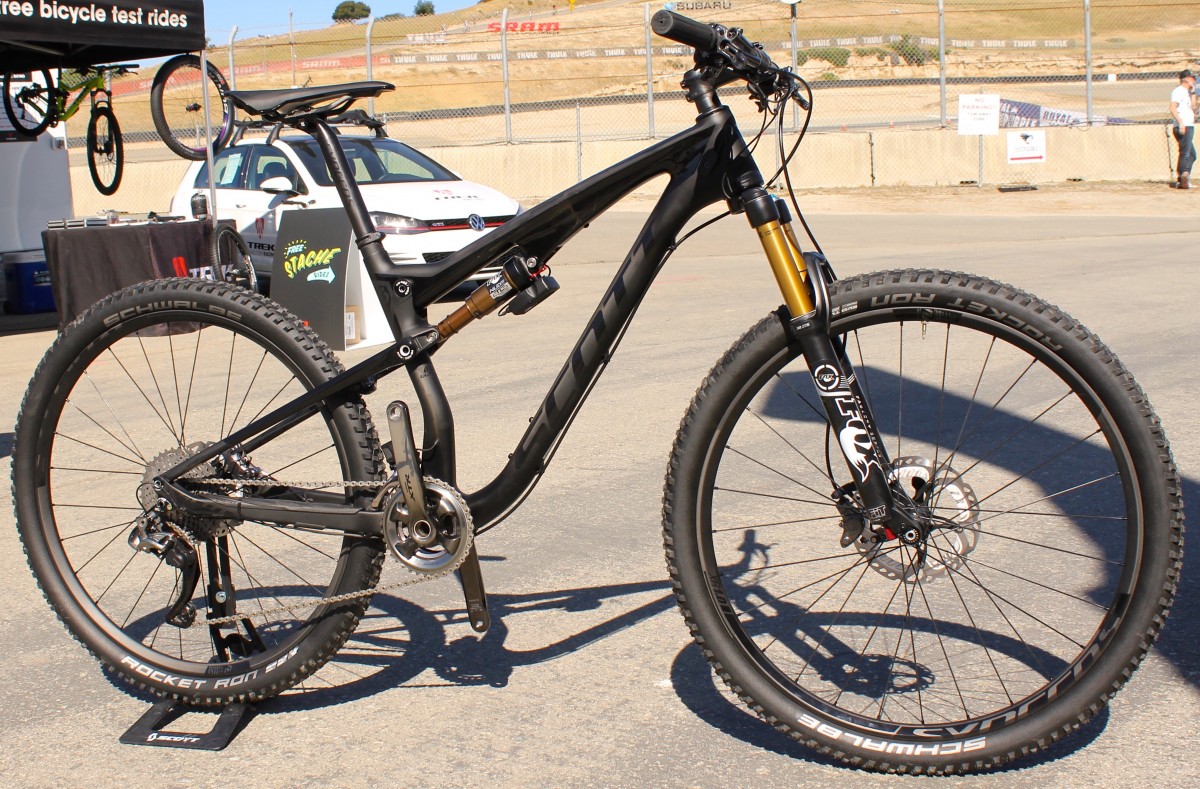 Even without electronic help, Scott was one of the few brands that really supported simultaneous control of the settings on the fork and the shock with their TwinLoc system. With the roll out of individual electronic controls for both of those elements along with Shimano Di2 XTR, it only made sense to incorporate all of those elements into one elegant package. Where does the seamlessness come from? All of the components are powered off of one single battery housed in the frame’s top tube. 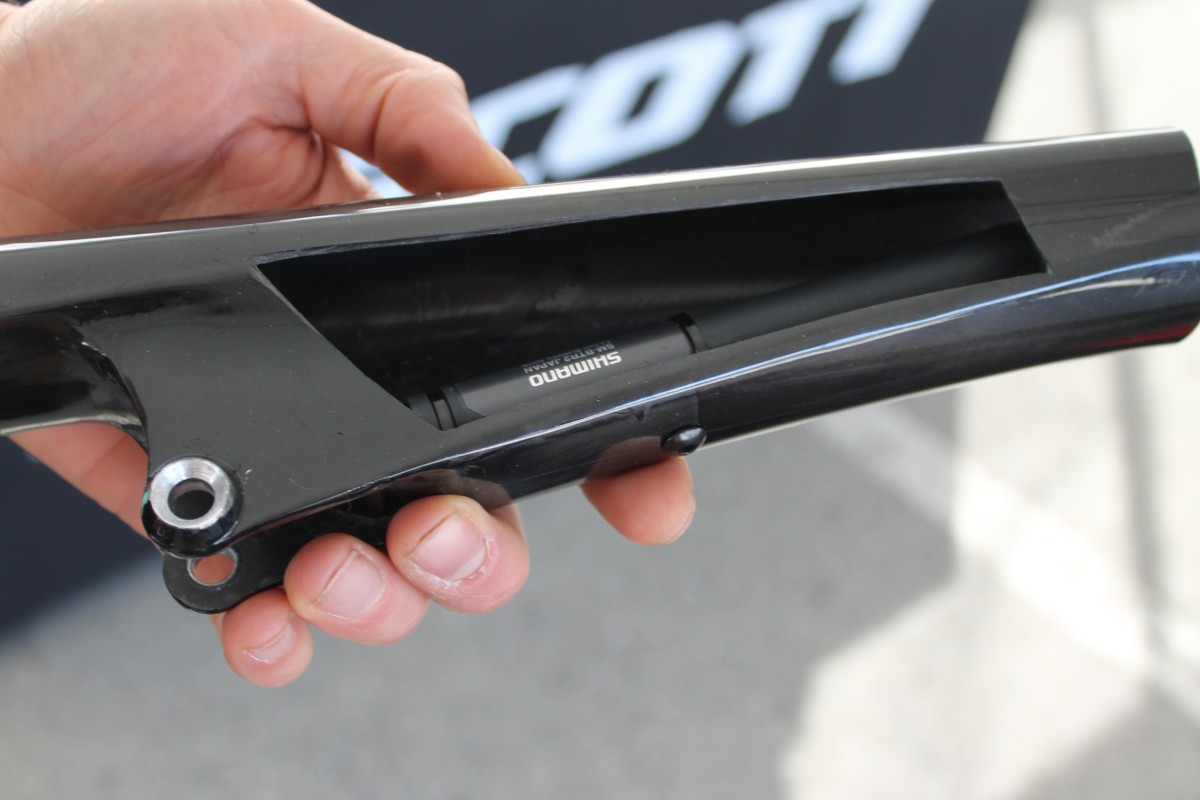 The fork and shock damping control happens with an electronic version of the TwinLoc system that is now a collar around the bar. This collar is much easier and quicker to use than the standard TwinLoc. The shifters are the stock Di2 setup. 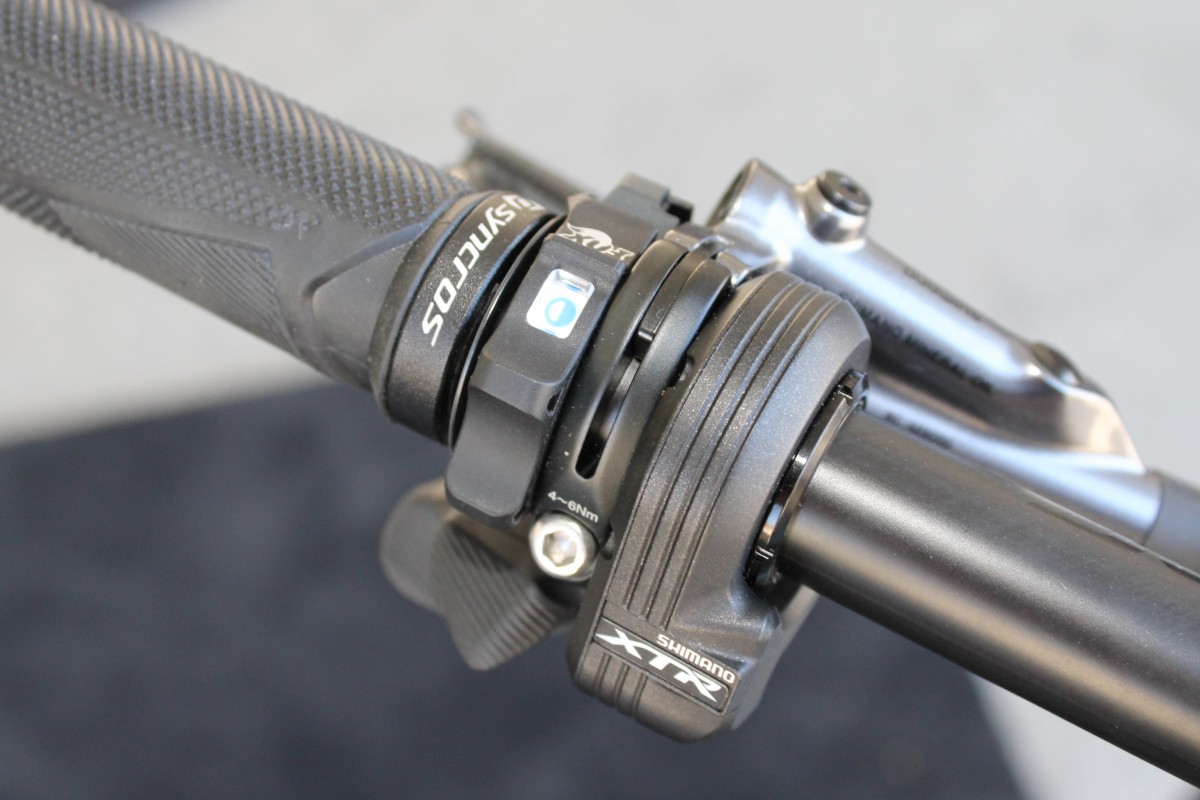 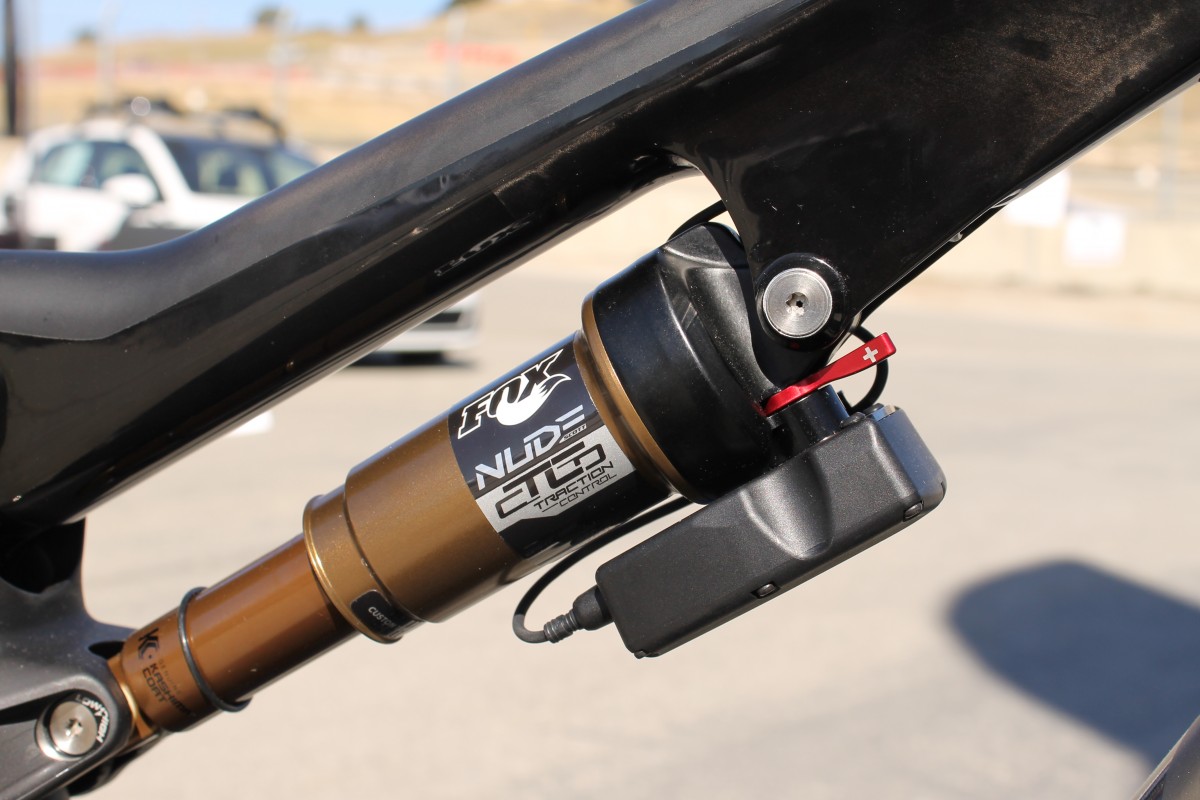 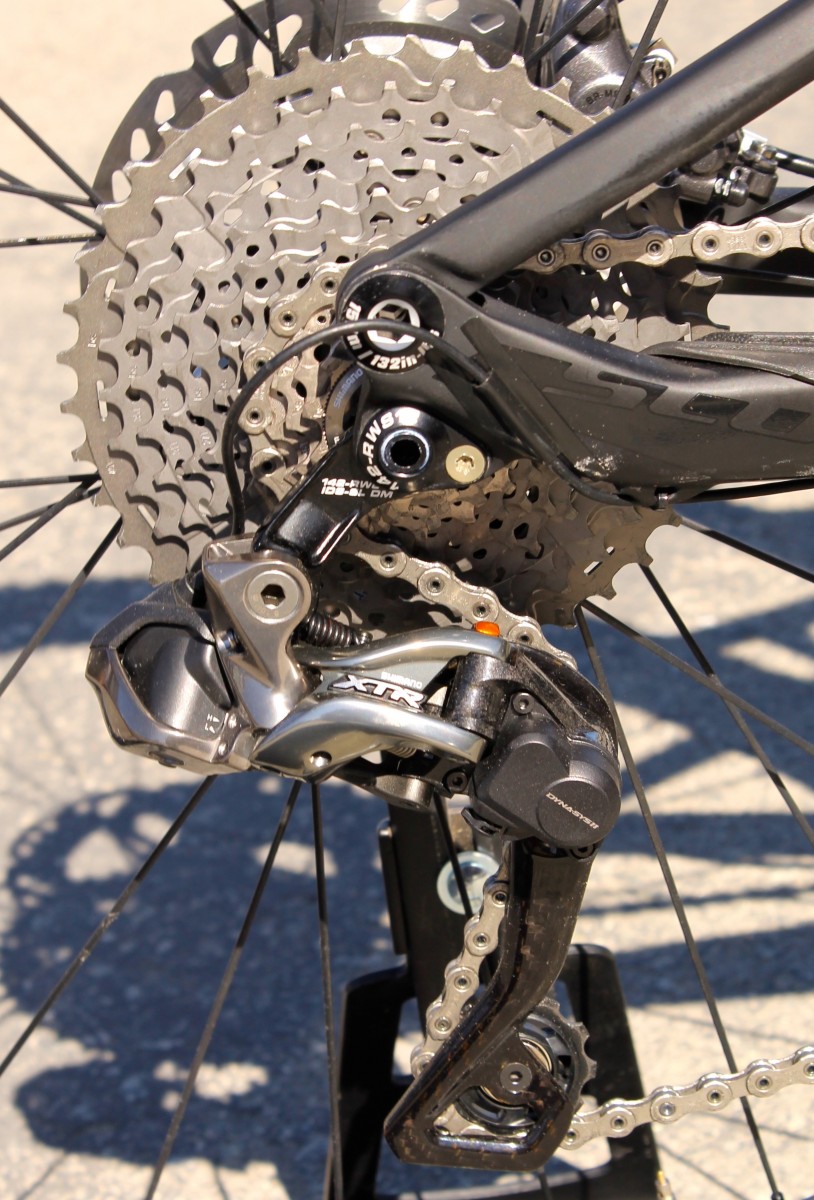 While this system does require wires to be routed, the wire routing around the front is much more minimal and cleaner-looking than the massive cable array that normally accompanies this intricate setup. Who would have thought that an electronic setup could appeal to the minimalist in us? 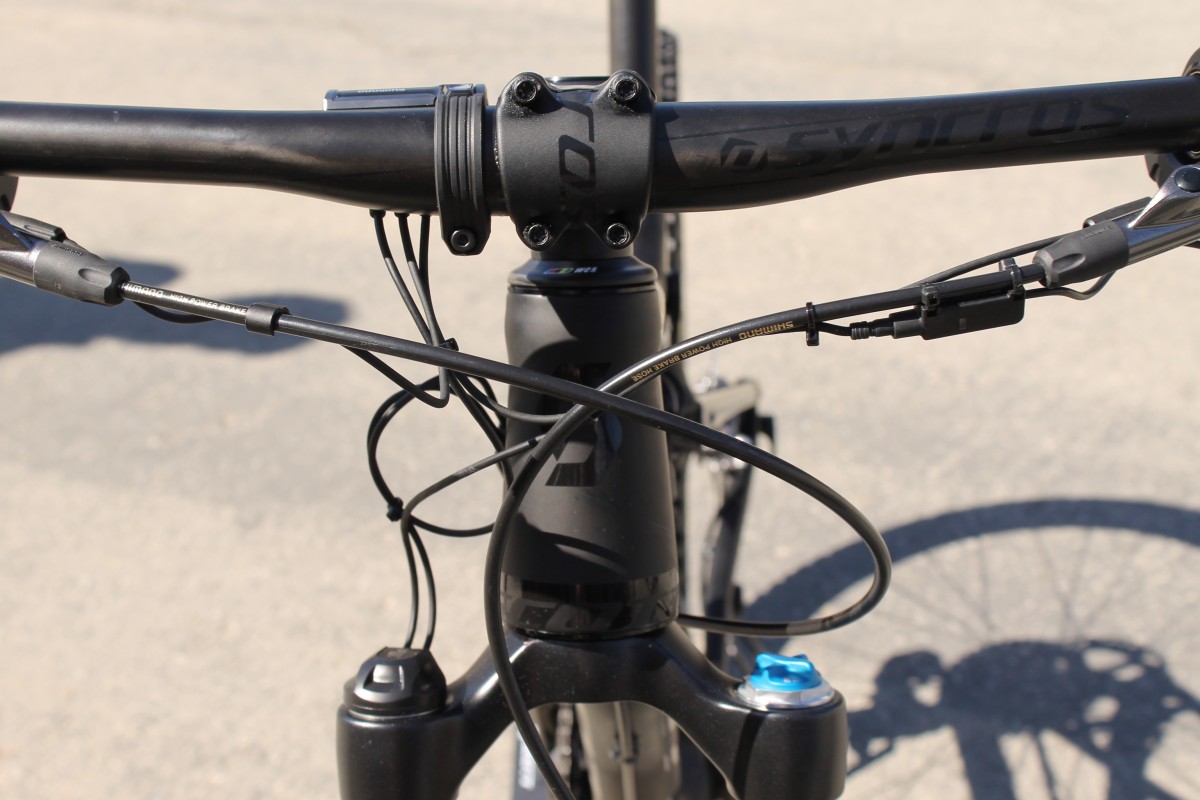 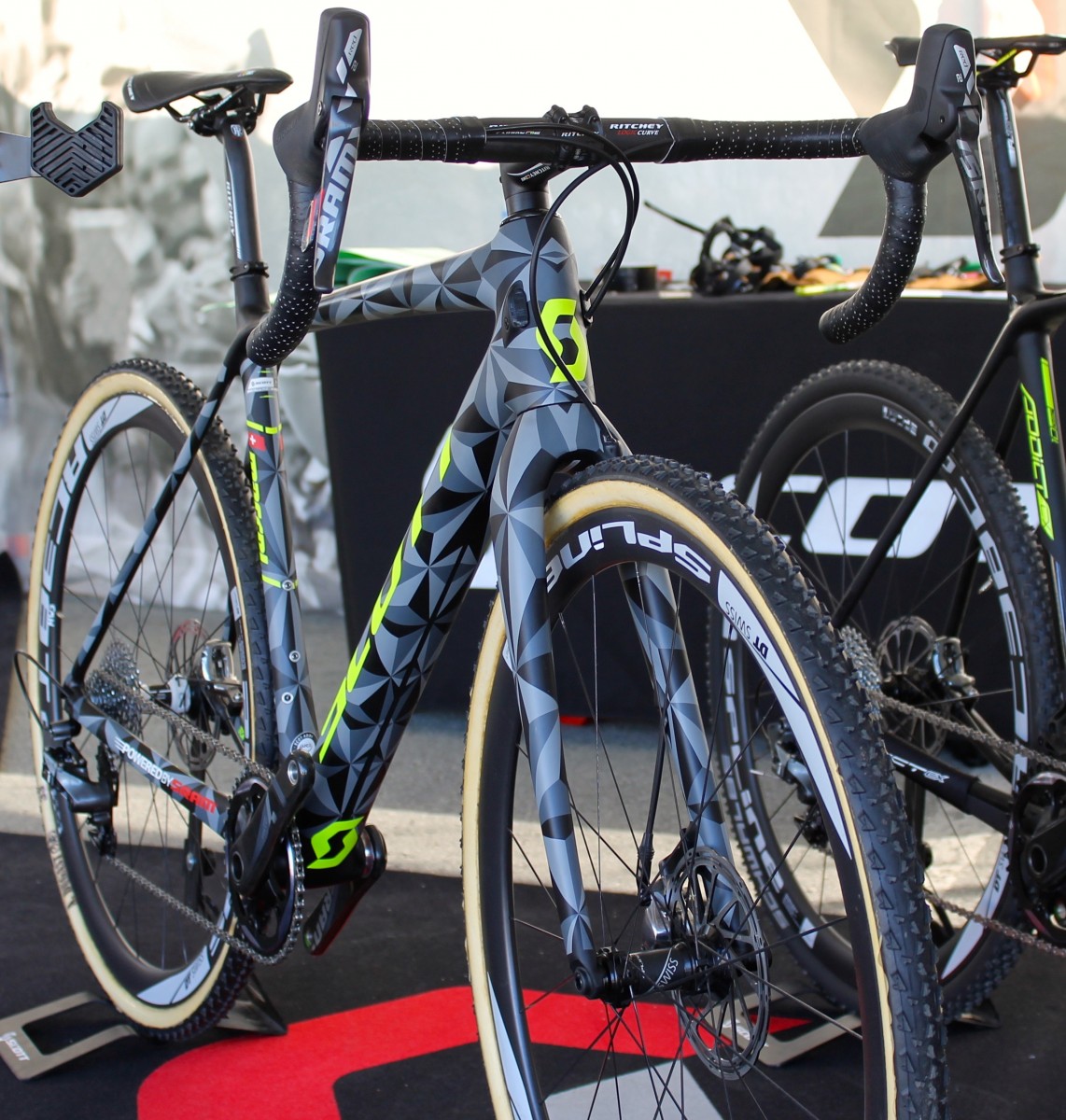 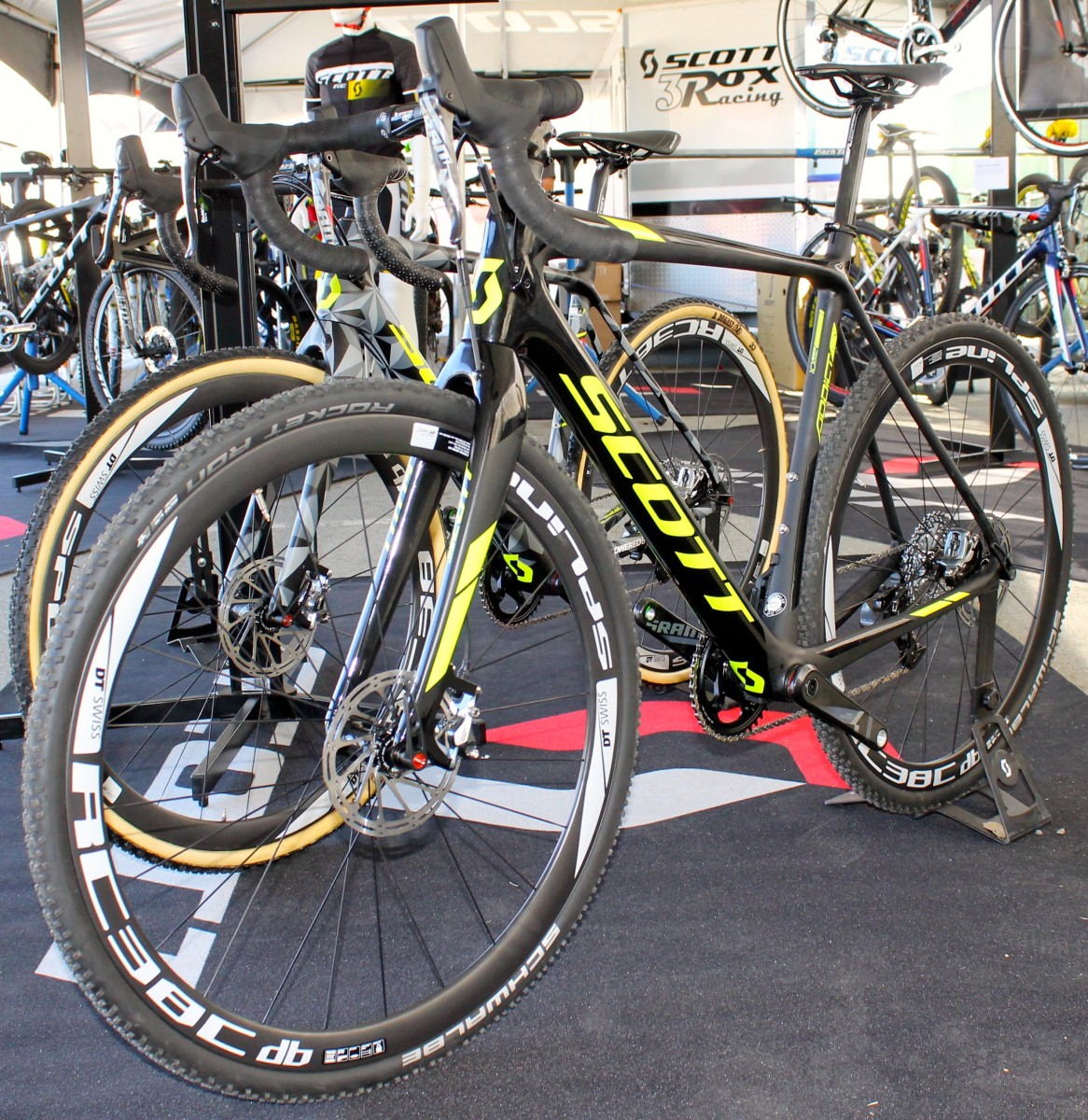 That bike is sick.