When SRAM announced their 1×12 drivetrain (or was it the 1×11?), the April Fools jokes that year were all about somebody finding a way to cram even more gears onto a bicycle. Yet, it’s 2019 and brands like Rotor and e*thirteen are finding real ways to give one-by drivetrains more range.

At Eurobike last year, Gerow filled us in on Rotor’s 13-speed, hydraulic mountain bike drivetrain, which turned more than a few heads. The company just showed off their 1×13 group at Sea Otter last week, and are now teasing a late summer availability, perhaps around the time of Crankworx Whistler. 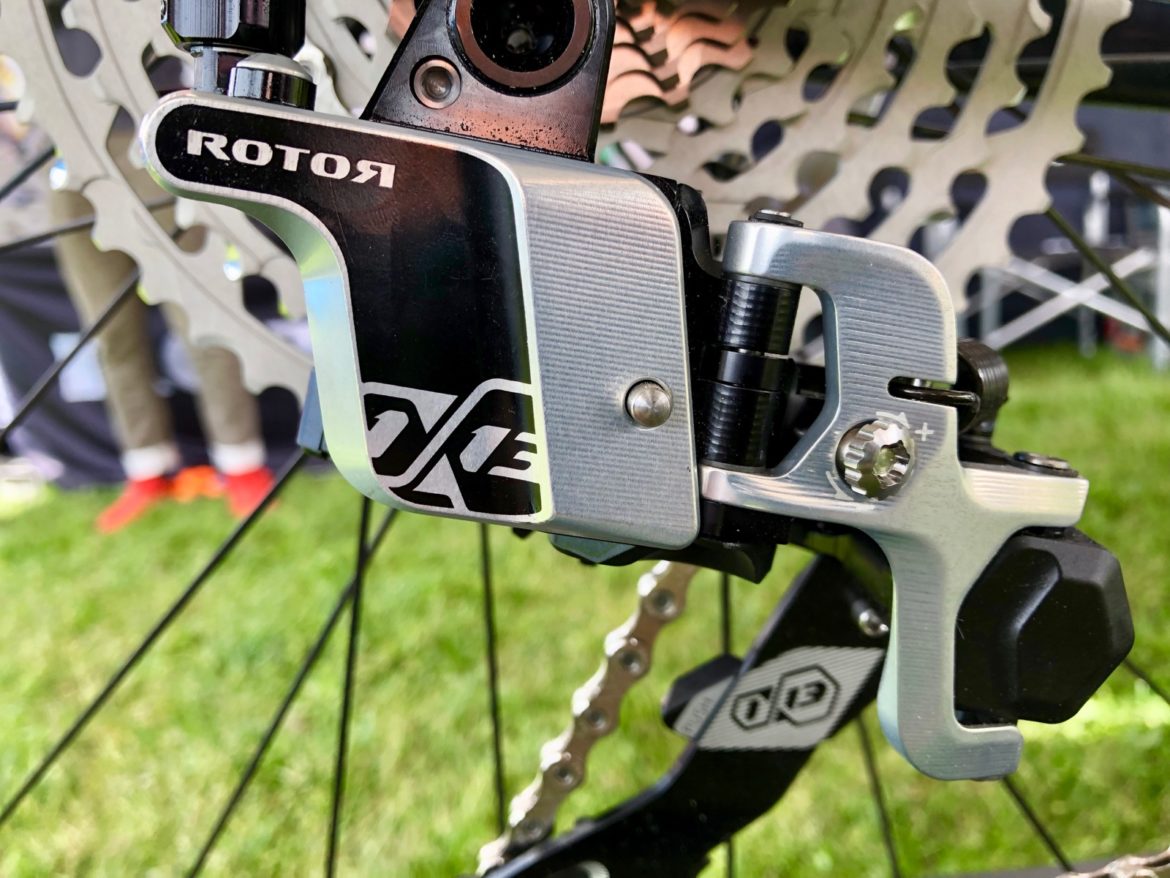 Seeing the derailleur in person I learned that indexing happens within the derailleur, a detail I must have missed in earlier coverage. While traditional drivetrain systems from Shimano and SRAM feature an indexed shifter (or shifters), the Rotor system places indexing in the derailleur itself.

One of the advantages to this design is that it’s possible to set the derailleur position manually without the need for cable tension from the shifter. For example, if the hydraulic shifter hose gets ripped off, the rider isn’t hosed with a bum gear to mash home on. Just pick a reasonable (single) gear, and go!

We’re definitely looking forward to getting our hands on a 1×13 group to test soon. 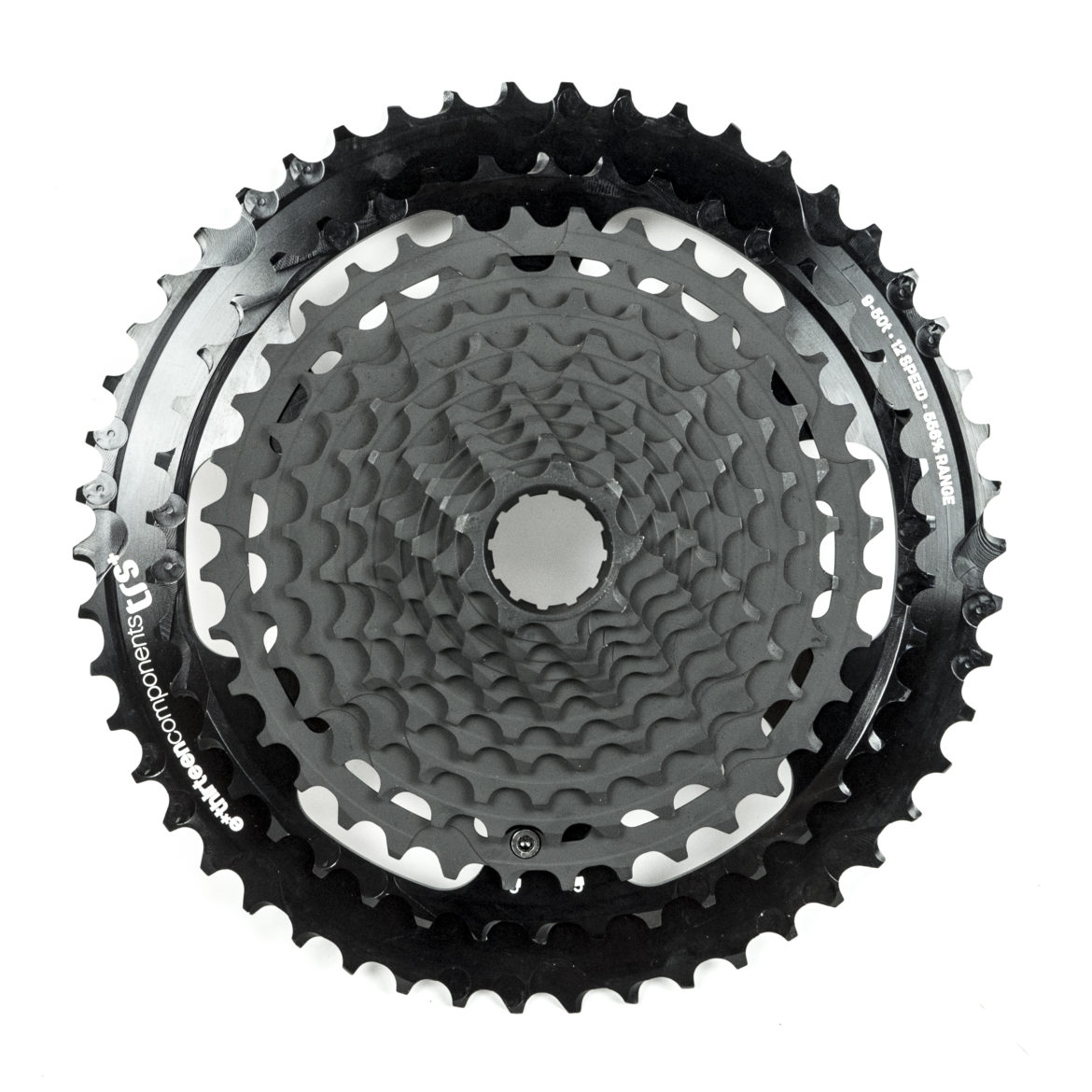 The SRAM Eagle and Shimano XTR 12-speed drivetrains both boast an impressive gear range, up to 500% and 510%, respectively. The 13-speed system from Rotor mentioned above manages to do even better, with a slightly wider 520% range. Apparently, e*thirteen doesn’t think that’s enough. 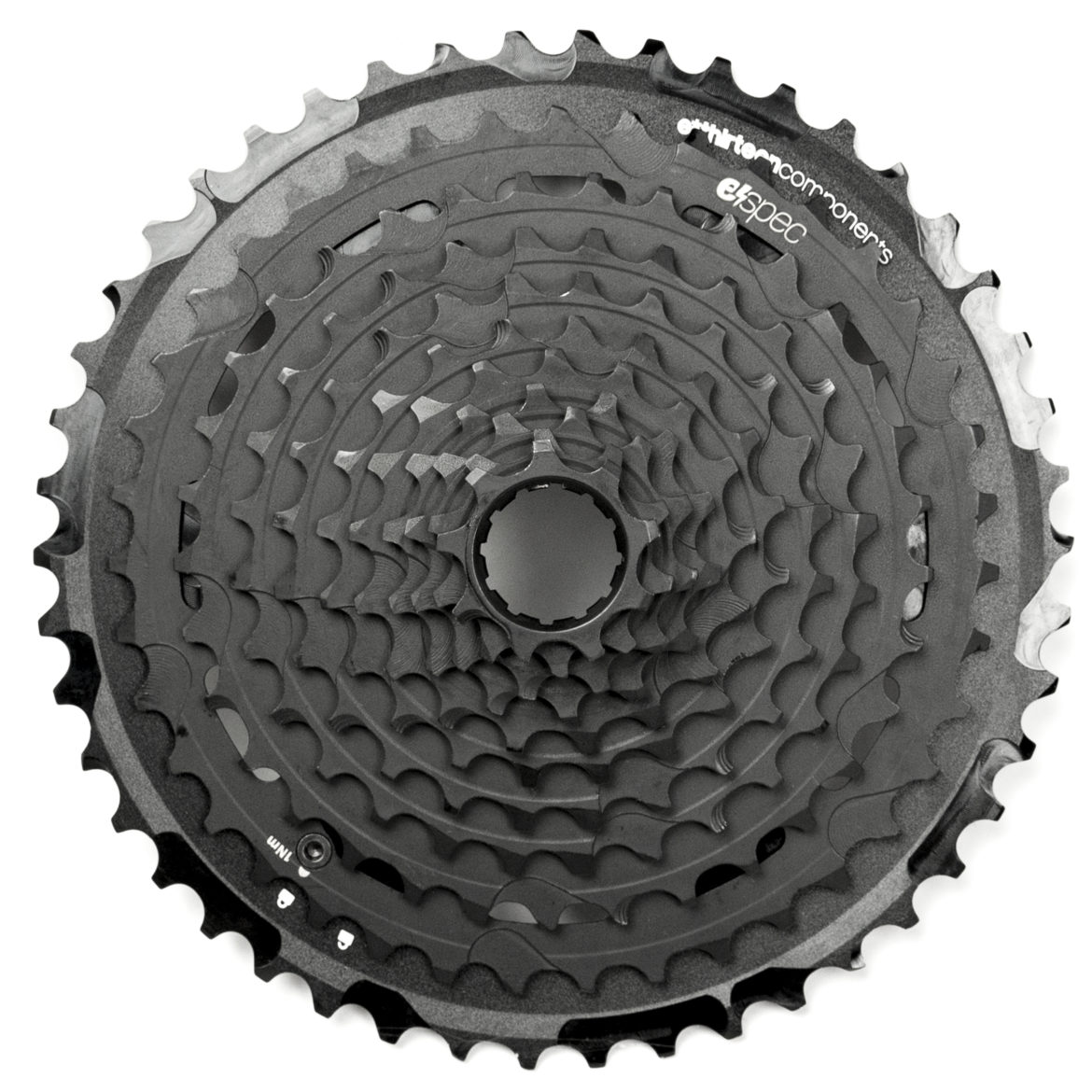 Both cassettes are said to work with Shimano and SRAM drivetrains, though that will depend on wheel spacing and driver size. For some, the upgrade may be as simple as swapping out the cassette.

Not only does the TRS Plus 9-50T offer more range, it’s also claimed to weigh less than comparable Eagle cassettes. This performance does come at a price, however, with the 11-speed version priced at $249 and the 12-speed version starting at $279.

Compare prices on the 9-46T cassette

less excited about the number of gears and the range.
more excited about hydro shifting. i rarely have issues with my hydro brakes, would interested to see what kind of durability/reduced maintenance there may be.