The Thunderbolt’s new Smoothwall carbon frame also increases stiffness over the previous model, “lowers the rate curve slightly, and gives the frame a host of next-generation features—but keeps its playful geometry and wide range of RIDE-9™ adjustments,” according to Rocky Mountain.

Those next-generation features include things like one-sided bearing pivots (like the pivots featured on the Slayer I tested), tooled axles, an integrated “Spirit Guide” chainguide, and metric shock spacing. The frame is also compatible with Di2 and Fox Live, and a dropper post at the same time.

Other features include a 1x optimized design, size-specific tunes to ensure that the shock is tuned to match the weight of the rider, shorter seat tube lengths for maximum dropper post space, chainstay and downtube protectors, and space for a water bottle in the front triangle even with a piggyback rear shock. While all stock models come with standard 27.5″ wheels and tires, the Thunderbolt is compatible with 27.5″ Wide Trail tires and 26+ tires as well.

The Thunderbolt geometry has been tweaked as well, with an “increased reach, slackened head tube angle, and [lower] bottom bracket,” according to Rocky. “We’ve slightly lengthened the chainstays to improve climbing traction and used a moderately steep seat tube for further climbing performance.”

For more deets, check out the geometry charts below. 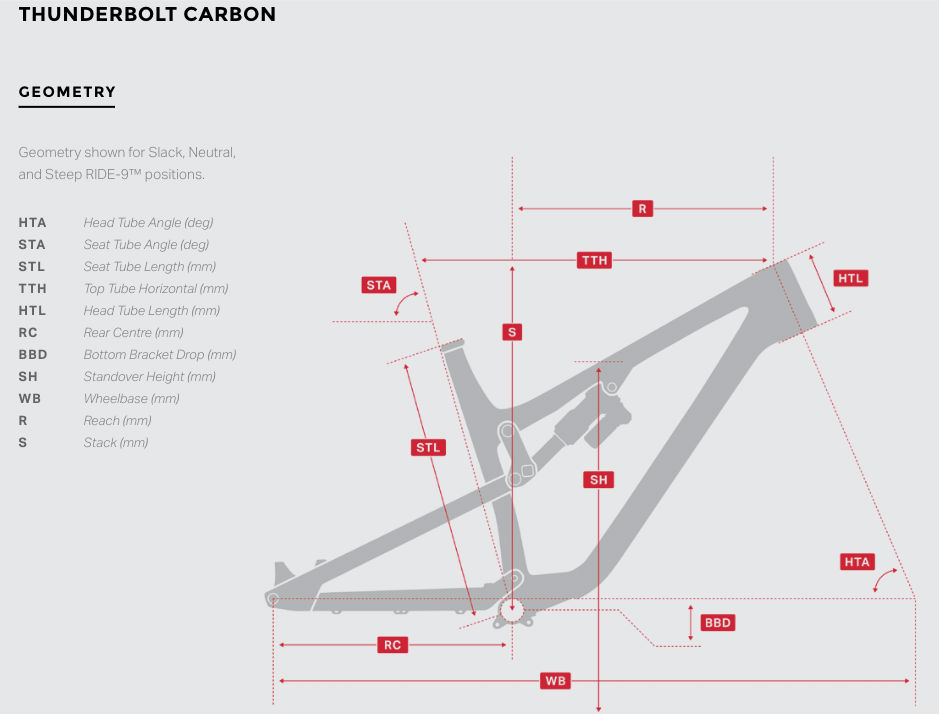 For more deets, check out the BC Edition geometry charts below. 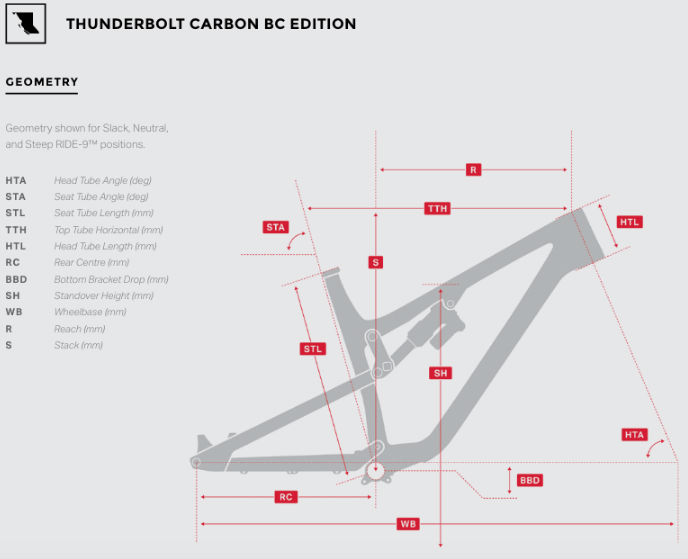 The new Thunderbolt is available at dealers immediately, although regional availability may vary.