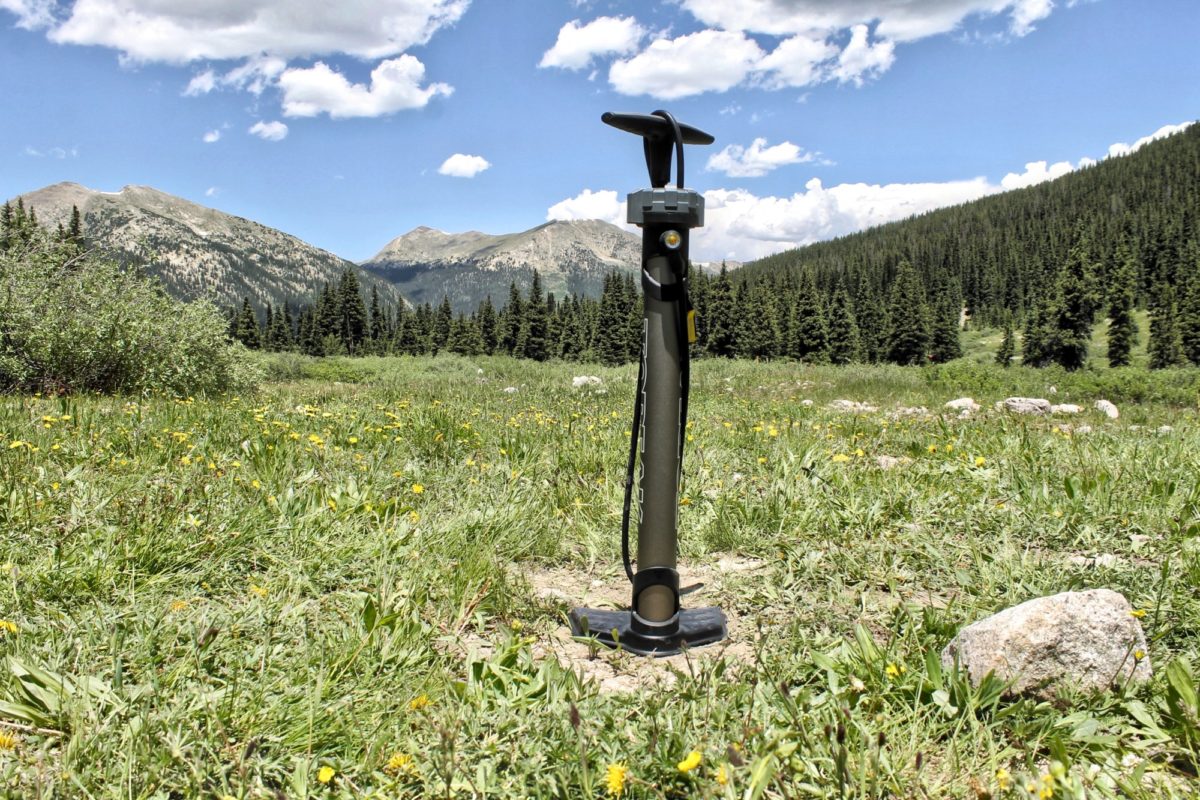 If one tool, one product, has ever revolutionized the way I work on bikes in my home bike shop, it’s the Topeak Joeblow Booster Pump. “Half air compressor, half pump,” as the Topeak website states, the Joeblow Booster makes seating tubeless tires an absolute breeze. 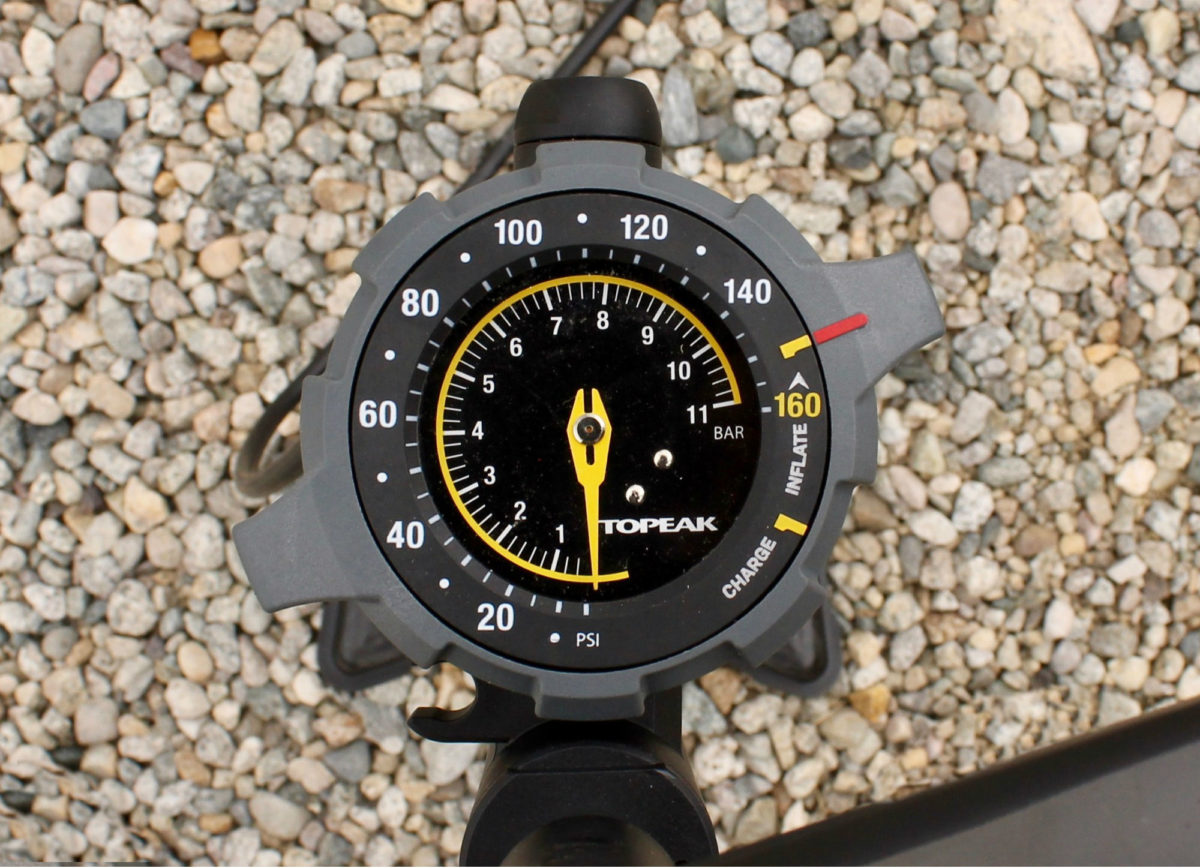 The Joeblow Booster functions like a regular floor pump most of the time, but the secret is in the separate Booster aluminum air chamber. To fill this chamber, switch the pump head knob from “Inflate” to “Charge,” and as you pump you’ll see the needle on the pressure gauge climb, all the way up to 160psi.

Once at 160, attach the pump head to the valve stem, twist the dial back to “Inflate,” and you’ll blast your awaiting tubeless tire with 160psi of pressure, easily seating the bead without an expensive, bulky, noisy air compressor! 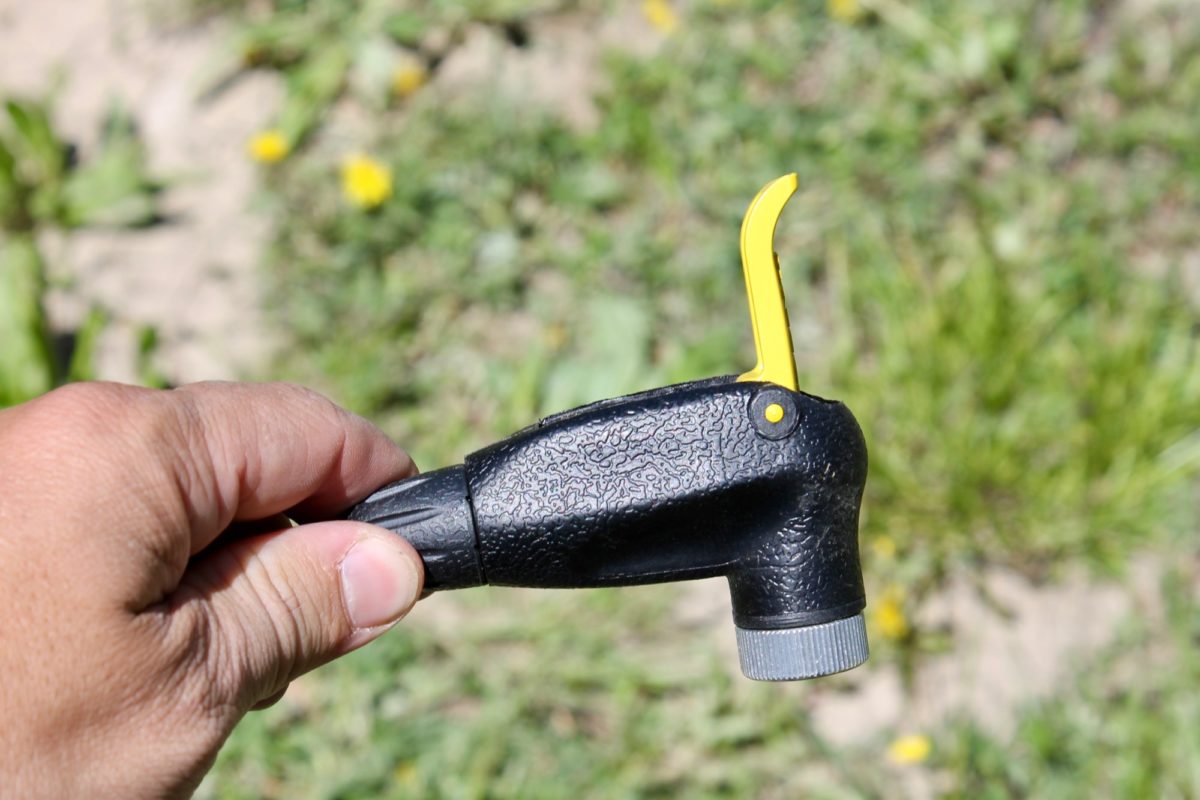 The Joeblow features a smart pump head that works on either presta or schrader valves, and you can slowly bleed off pressure using a pressure release button where the hose attaches to the pressure gauge. 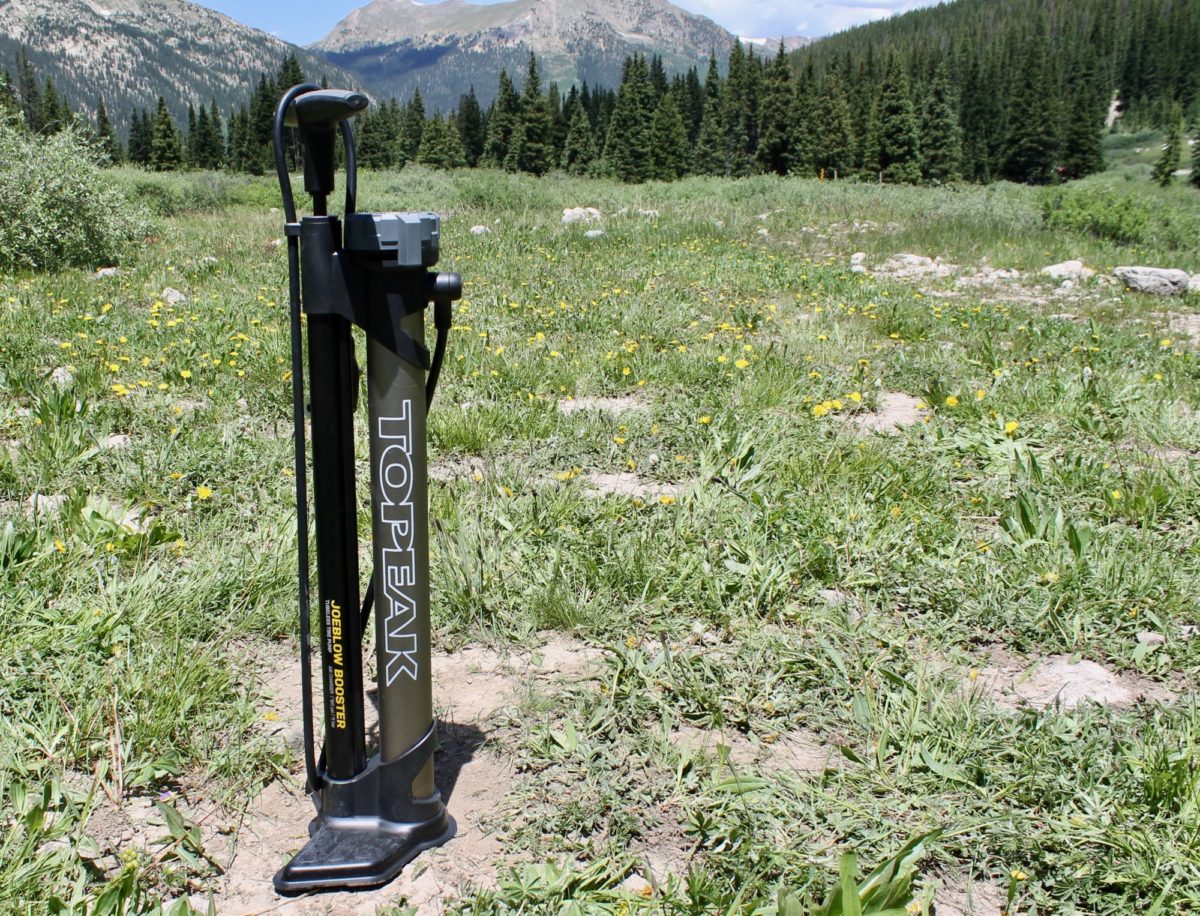 While I understood the theory behind how the Joeblow Booster works before I pulled it out of the box, I wanted to see exactly how intuitive and simple this pump would be to operate. So, I decided to pull the pump out of the box, not read any of the directions (who reads directions anyway?), and immediately try to seat an obstinate tire.

Oh, and I recorded the entire process with my GoPro:

As you can see from the video, despite having no instruction and having not tried this pump (or any other booster-style pump for that matter), I was quickly and easily able to seat this Maxxis High Roller II tire on my Mavic Crossmax XL WTS rim, without removing the valve core and with some Stan’s residue partially plugging the core.

Now as I mentioned in the video, I already knew that these tires worked pretty well on these rims, so I wasn’t ready to write this review yet. Consequently, this video was recorded about a year ago. 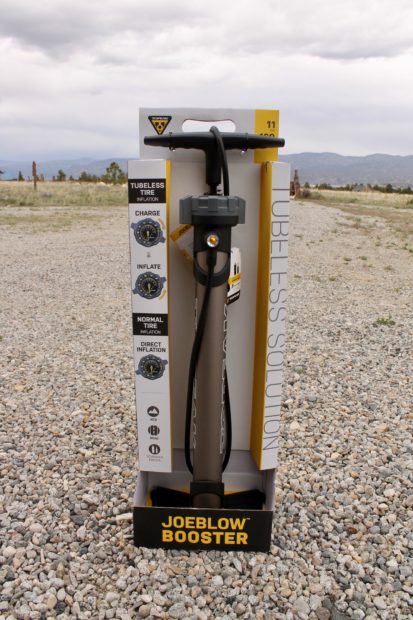 In the intervening year, I’ve seated all sorts of tires on all sorts of rims, from 27.5 to 29, Wide Trail 2.5″ Maxxis tires to Plus tires, and even some of the new breed of 2.6″ tires. After adding the Joeblow Booster to my shop, I have not once had to hang my head in resignation, drive down to my LBS, and ask them if I could borrow the compressor.

However, not every tire was as compliant as the High Roller II. For others, I did remove the valve core from the stem just for seating, which does seem to help. (Bonus tip: Stan’s valve core remover is worth every penny.) And yet, there were still times when one 160psi charge wasn’t quite enough to seat the bead.

Generally, one charge was enough to inflate the tire and keep it inflated, but during the process enough air might have been lost that there wasn’t sufficient pressure to fully pop the bead into place. So if the tire was still holding air without having been seated, without removing the pump head from the valve stem, I would then switch the dial back to “Charge,” charge a second, 160psi blast, and blast the tire a second time. Usually, a second blast was enough to get the tire into place.

Some tires, though, are exceedingly difficult, and at times I resorted to massaging the casing to pull the bead up and into place. But with a little persistence, even the orneriest treads complied without a trip to the shop.

The Topeak Joeblow Booster radically increased the amount of work that I was able to do in my own bike shop. But many accomplished home bike mechanics already own an air compressor for just such a purpose. Is the Joeblow Booster still useful to such a mechanic?

If not for at home in the comfort of your own shop, consider the Joeblow for road trips. Barely larger than a standard floor pump, you only need to pack one pump–the same pump you always use–but it still gives you the ability to seat a tubeless tire anytime, anywhere.

On a recent trip to Arkansas, after pinch-flatting the entire casing of a rear tubeless tire, we had to do a tire swap that evening. (Yes, not only do I bring a spare bike on road trips, but often times I bring spare tires, sealant, my toolbox, and much more–you name it, I’ve had it fail on me.) With the power to quickly and easily seat a high volume 2.6″ tire on a wide enduro rim, the swap was completed lickety-split and we were into the showers and off to the brewery.

Thanks to Topeak for providing the Joeblow Booster Pump for review.

I’ve got the Bontrager flash charger. Same concept and it works great! I’ve probably set up a dozen or so wheel and tire combos with it.

I also have the Bontrager flash charge, it was cheaper than a compressor. I’ve used it to install everything from 2.1″ to 5″ fat bike tires. I usually put a tube in first to set both beads then pull the tube, makes it easier. I found that when installing my Dillinger 5’s if I leaned the tire at about a 45 degree angle it seemed to help. Great to have a portable lightweight “compressor”.