I was recently asked to review the prototype to the Talon GoPro mount that was being developed through its Kickstarter page. This is an unusual article in that we were part of the early stages of testing before it had an opportunity to go to market. Every once in a while, I have what I consider to be a “bright idea” and wonder if I could manufacture it so that I could retire early, or at least make enough money to buy a new bike. 🙂 The mountain bike industry is very competitive, and there are a lot of good ideas that never make it, and some pretty poor ones that sometimes do. We thought we would share this interesting and innovative product so that you can judge for yourself. Does the world need a better GoPro mount?

The Talon unit comes neatly packaged in a small box with custom foam cutouts. As you can see from the photos, it is one of the highest-quality mounts I have ever seen, with meticulous care taken to produce a precisely-engineered product. 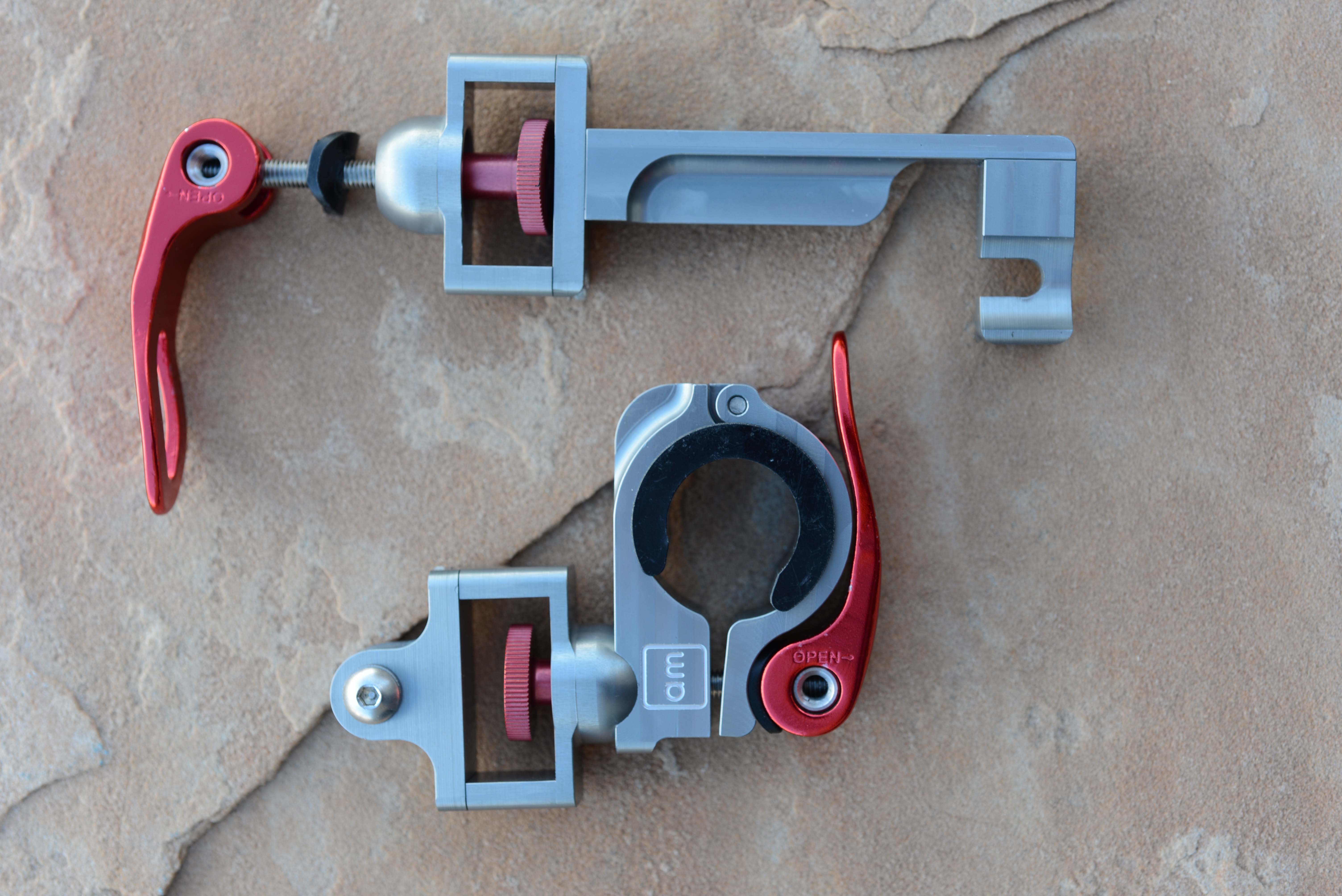 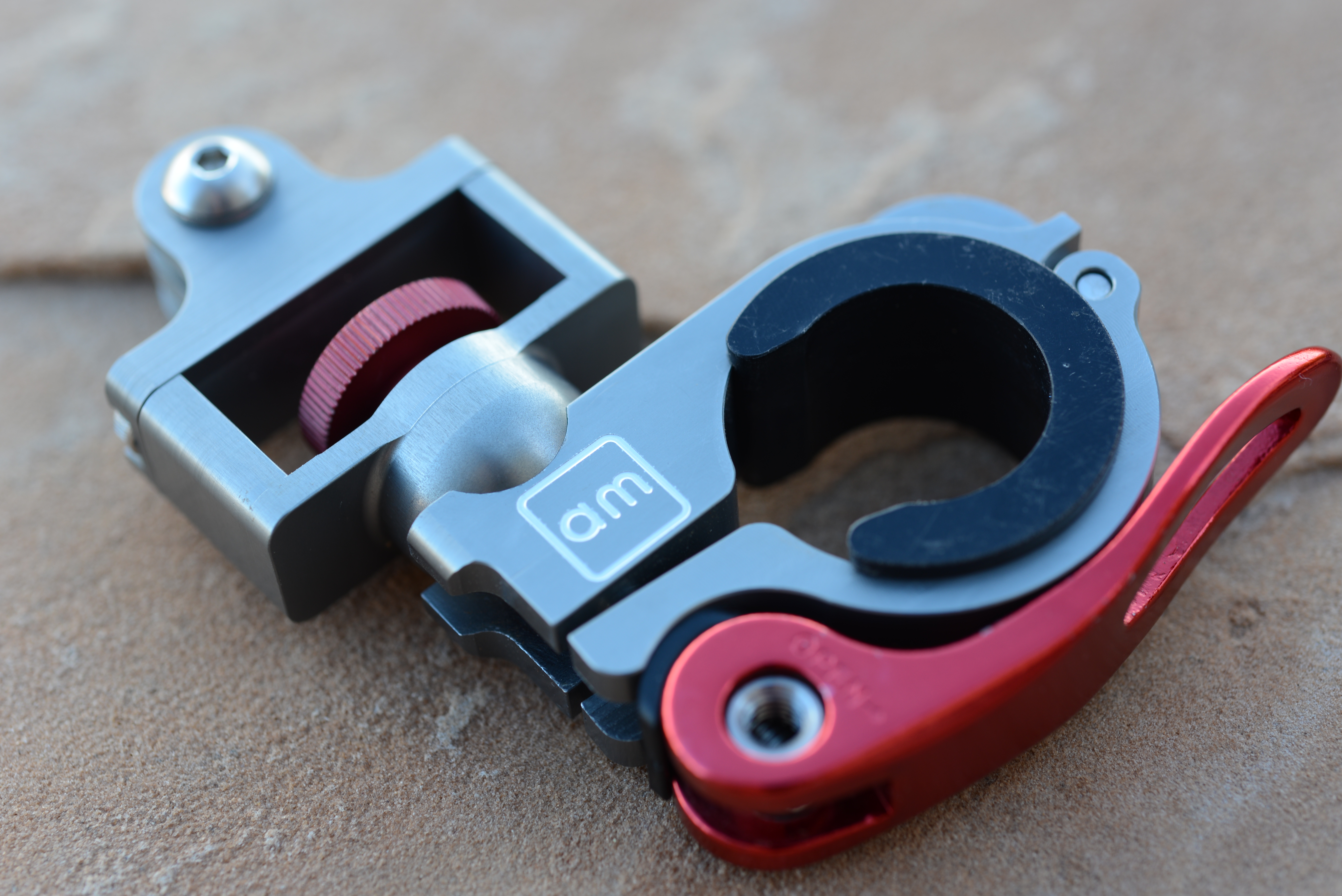 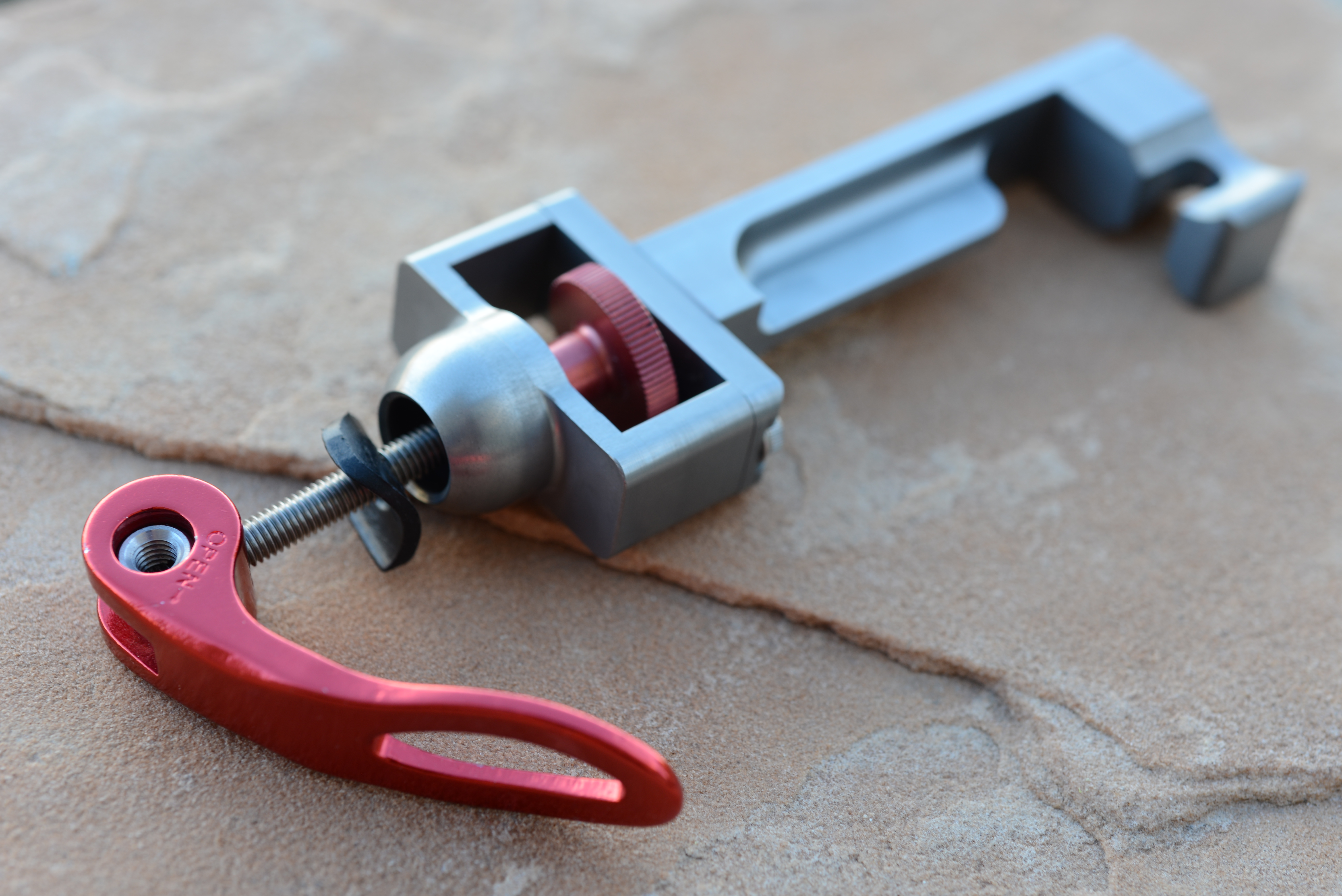 There was minimal assembly required, but it came with the regular mount and the extender piece (the “Extend”) which took a little bit of troubleshooting to disconnect them and set the mount up for a simple, compact situation to slap on my set of carbon bars.

This honestly took a lot more time than I expected it to, mainly because I had to find a location on my handlebars where I could mount the Talon where it would not slide and move, and that I’d have enough room to fiddle with the adjustable screws without it hitting my brake reservoir or shifter. After what seemed like a solid ten minutes, I found a position that worked for me, and realized that I could probably replicate that position in under a minute once I realized how the mount needed to be positioned without it interfering with any of the shifting/braking functions. Subsequent test rides with this mount were definitely much faster and easier, but still took quite a bit more time than mounts I have used from GoPro.

I used this mount with a GoPro Hero 3+ on both the handlebar and the seatpost of a Yeti SB5c over the course of several rides in the Colorado front range. I shot both still photos and live footage with the Hero 3+, mainly while descending, reasoning that almost any mount could take a boring series of video of me sluggishly wheezing up a hill. Despite the initial delays in getting the mount positioned where I wanted it, it stayed solidly in place even over fast, chunky descents, as seen in this video:

The quality of this mount is what first stands out. It is a little cumbersome to get onto the bike and get the GoPro in the position that you want it to be in, but once it is in place, it’s solid. I like the fact that is very adjustable, but that also comes at a cost: the ball-and-socket style range of motion also means that you have to make extra sure that everything is tightened down, or it will move around. The Extend part of the mount is a nice addition for getting crazy angles, but I think it has limited application for filming on a mountain bike. It’s nice if you plan to use this mount for so much more than just slapping it on your rig and flying downhill. The unit as a whole is overbuilt, and pretty hefty, which some users will find unpalatable compared to lighter, cheaper, mounts from other after-market manufacturers.

The only thing I really did not like about this was the screw that held the GoPro housing onto the mount itself. Though sturdy, it required me to fish out my multi-tool to adjust or remove the housing. The standard plastic one that comes with the GoPro is far easier to use since it can be adjusted easily with gloved fingers.

At the time of publishing, this mount did not meet its funding goal on Kickstarter and will not be produced in its current form. After corresponding with the inventors, who plan to use feedback to redesign and relaunch a similar product, we have elected to publish this review for feedback purposes, product recognition, and to give our readers insight into the tribulations of inventing and designing any product. As I eluded to, some ideas, no matter how well thought out, still need refinement before they make it to market (think about the few things on your bike, or other things you own, that may bother you and wish you could change or tweak and re-manufacture).

I use action cameras a lot in several different disciplines and have pined for better mounts. When this product is redesigned, here are several things that I personally would like to see in the redesigned product:

Your turn: are there any features with this, or any other action camera mount, that you would like to see in future mounts?

Thanks to Aquaminor for sending this over for review! Good luck with your product!

I have owned my Hero 3 Black for just over 1yr now and have had two of the bike mounts fail. Interestingly enough, both times were on my road bike. I have had very little trouble with the mounting hardware on my mountain bike, so far. I am not an engineer but from what I can tell the original mounting hardware can not stand up to the vibrations generated by a 23 mm tire at 120 psi even through a carbon frame. I know this is a mountain bike site; my point is that given the proper terrain I am concerned that a mountain bike could also destroy the GoPro standard plastic mounts and leave the camera dangling by it’s tether.
The Talon mount looks promising. Hopefully the sturdiness doesn’t become an issue by transferring the impact energy to the camera case, thereby making the camera case the new point of failure.
Please do an update on this product in a few months and let everyone know about it’s durability, dependabilty and price.