The Raleigh XXIX+G is a steel hardtail 29er that sports classic styling with a real disposition toward modern technology and real performance. While it’s available as a singlespeed or with a 3×10 drivetrain, I chose to test the 3×10—Raliegh calls this version the +G.

A couple months ago I wrote about the Raleigh XXIX+G’s specs and briefly discussed Raleigh Bicycles as a company so click here to catch up. Of course the spec sheet and first impressions are one thing, but how does the XXIX handle real use and abuse? Turns out, it handles it pretty dang well.

XXIX+G: Out on the Trail 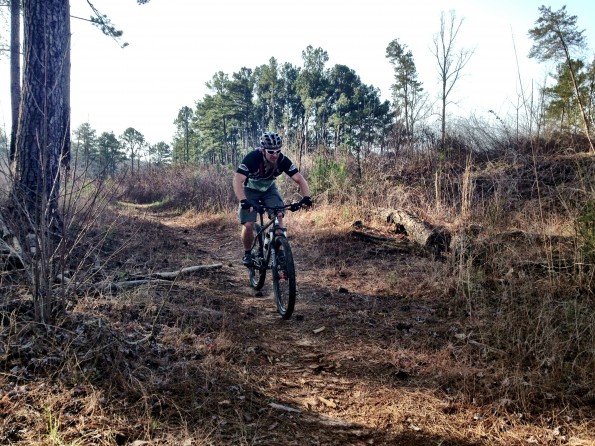 After putting about 120 miles of dirt on this bike, I feel confident enough to pass a verdict on the XXIX. Normally I like to get a few more miles in on a rig before writing a final review, but since one of my rides on this bike was a 50-miler and another was a 67-miler, I feel like I spent just as much quality time with this bike as I have with others.

In a nutshell, this steel hardtail 29er is a workhorse that takes abuse, doesn’t complain, and won’t cost you an arm and a leg.

As far as abuse goes, I dished out plenty of it. I’ve already mentioned that I notched two rides over 50 miles each on this bike, but what I didn’t mention is what that 67-mile ride included. You can read more about it here, but in short, that training ride in the Cohutta Mountains contained some of the burliest climbs and the down-right nastiest descents I’ve found in North Georgia.

The XXIX climbed as you might expect a 30-pound, 29er hardtail to climb: pretty efficiently, but a bit slower than a lighter, nimbler bike would have. The 100mm stem and 640mm bars are definitely biased toward climbing, and with reliable Fox CTD suspension (which includes a bomber lockout), climbing duties are handled readily.

But what truly impressed me is how well this hardtail descends.

I railed the XXIX+G on several gnarly descents including Bear Creek, which is littered with roots, rocks, rough stream crossings, and countless waterbars that serve as gorgeous jumps. I also blasted down Tibbs, Milma, and Windy Gap. I had ridden nearby Windy Gap before, but I had not ridden Tibbs or Milma.

Let me be clear: knowing what I know now, if I had a choice, I would choose to ride a full-on downhill sled with a full-face helmet and body armor down Tibbs. All three of these trails near Eton are ORV trails that are also open to mountain bikes, and consequently they get the snot torn out of them regularly thanks to all the throttle twisters.

Tibbs was a washed-out gully full of boulder-sized rocks, loose dirt, and random trenches to wheelie across. Thankfully it’s a very wide trail, so I was able to aim for the smoothest line I could find. But Tibbs was so nasty in places that even the smoothest line was a challenge for a hardtail and required several decent rock drops. Add in the steepness of the trail which provided way more speed than I would have liked on a hardtail–and I beat the snot out of the XXIX on the way down it!

Milma was a little better (but not by much), and the lower section of Windy Gap was quite a bit smoother. Still, the massive water bars beckoned to be launched, even though I was riding without rear suspension!

Despite all this unfair abuse to a hardtail cross country bike, the XXIX held up admirably through the gnar! I didn’t have a single issue out of it, other than my pumped forearms from riding the brakes.

As for the brakes, after getting them bled following an incident on my first ride, I didn’t experience any more issues. However, the 505s definitely don’t offer the same power and modulation that Shimano’s XT brakes do. Small quibbles aside, they performed admirably even on the treacherous Tibbs descent. 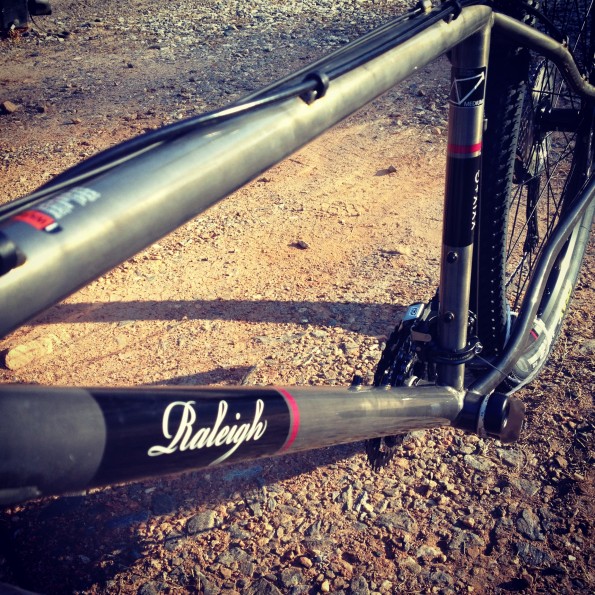 This review marked the first time I was able to spend a significant amount of time aboard a steel frame. While dgaddis is much better versed in the nuances of steel versus aluminum than I am, over the course of my test I could definitely tell a difference in how the frame responded.

For one thing, steel is a good bit heaver than aluminum, and I could feel it on the climbs. However, the ride quality that steel provides seems to make up for that weight sacrifice. It’s subtle, but steel soaks up some of the shock and feedback on rough trails, which I greatly appreciated on our grueling Ellijay ride. Also, while bombing down Tibbs the steel frame felt confident and solid when landing drops and jumps. I don’t think it was totally due to the 30 pound weight, either; I think the steel frame actually helped soak up some of the landing forces, making for a more controlled return to earth.

While we normally steer clear of discussions of price and leave it up to you, the reader, to decide if the cost is worth it or not, I think the $1,900 price tag on the XXIX+G deserves a mention. It’s easy to build an awesome mountain bike for $5,000, but turning out a reliable steel 29er that offers serious performance at less than two grand isn’t quite so simple! 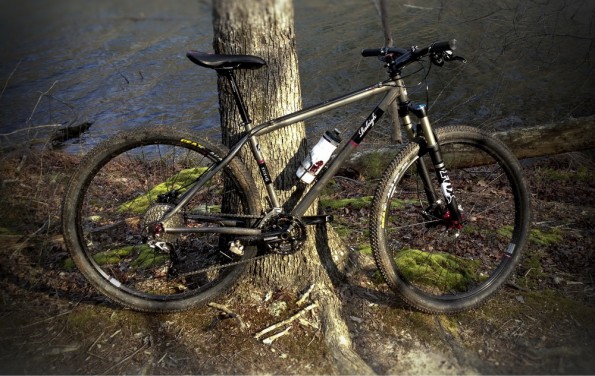 One of the factors contributing to this winning equation is the Shimano drivetrain. With a somewhat varied collection of Shimano parts, the whole system works together to create an affordable 3×10 drivetrain that shifts flawlessly. While I would have preferred a 2×10 option, it’s hard to fault this bike since I didn’t have a single shifting issue during my entire test.

Another winning component choice is the wheelset. While probably not the lightest around, the Weinmann XM280 rims offered reliable performance and absolutely no complaints despite performing way, way above their pay grade!

If you’re looking for a workhorse of a mountain bike with 29 inch wheels, a steel frame, and reliable components that won’t break the bank, I recommend taking a long, hard look at Raleigh’s XXIX+G.

Gears not your thing? Check out this version of the Raleigh XXIX that comes with just one.

Many thanks to Raleigh for loaning us an XXIX+G for this review!

I haven’t ridden Tibbs but it definitely has a reputation. Impressive to hear the XXIX held up to the abuse!

Oh, that reputation is WELL deserved!

After riding up Tibbs I couldn’t imagine going down it. That trail is just punishment. Good on you, great review.

Steel is real baby! And not always all that heavy, lower end steel bike (like this one, and my Jabberwocky) use good ol’ 4130 Chromoly tubing, and not always butted either. Higher end steel frames use higher end fancier steels, which are stronger, so they can be drawn into thinner tubes, and they weight less. Custom bikes can be built even lighter for light weight riders. Zukas Cycles is a local custom frame builder, and his personal MTB is a 2×10 steel hardtail that only weighs 21.5lbs!

Dang, that’s crazy light!! I wonder how it would hold up on Tibbs, though?