Maxxis is known for making quality rubber that spans multiple sports, and their constant innovation in the bike industry cultivates products such as the new Maxxis Aggressor 27.5″ x 2.30″ tire. First announced at the Taipei Cycle Show this past March, it is due later this summer.

The first thing any consumer will notice about the Aggressor is the bombproof construction. It’s thick, with burly knobs and sidewall protection reminiscent of a tribal tattoo. Yes, this tire is adorned with a tramp stamp, and the rubber is so thick that it seems nearly impenetrable. At 900 grams, it isn’t terribly heavy either, a welterweight lifter in the world of enduro endeavours.

At the time of this writing, Maxxis has announced that it will be produced with a 2 ply 120tpi casing called Double Down, similar to the casing found in its DH lineup, with a softer nylon weave. The Aggressor will only be produced as a 27.5″ tire, and only in a 2.3″ width.

The Aggressor was relatively easy to mount, with a supple bead that only required a minor assist from a tire lever. To my surprise, I was able to inflate it easily with a floor pump–something I have not been able to do with any tire in a long time. I put in 2oz of Stan’s Sealant and inflated it to 50psi overnight, and it held its pressure before I was able to test it the following day. Having just replaced my rear tire with a new Maxxis High Roller II, I decided to mount the Aggressor up front only for a couple of weeks first, and see how it paired with the High Roller II. I liked the combination a lot.

The very first ride I did on this tire was Warren Gulch, a technical, steep trail with 3,000 uninterrupted feet of white-knuckle descending littered with baby heads. The tire performed almost too well, the new sticky rubber picking up rocks of all sizes and flinging them aside… including into my carbon downtube. Oops. I was amazed at how well it could hang on, and I didn’t have any more rock-slinging issues after the “new car smell” evaporated. 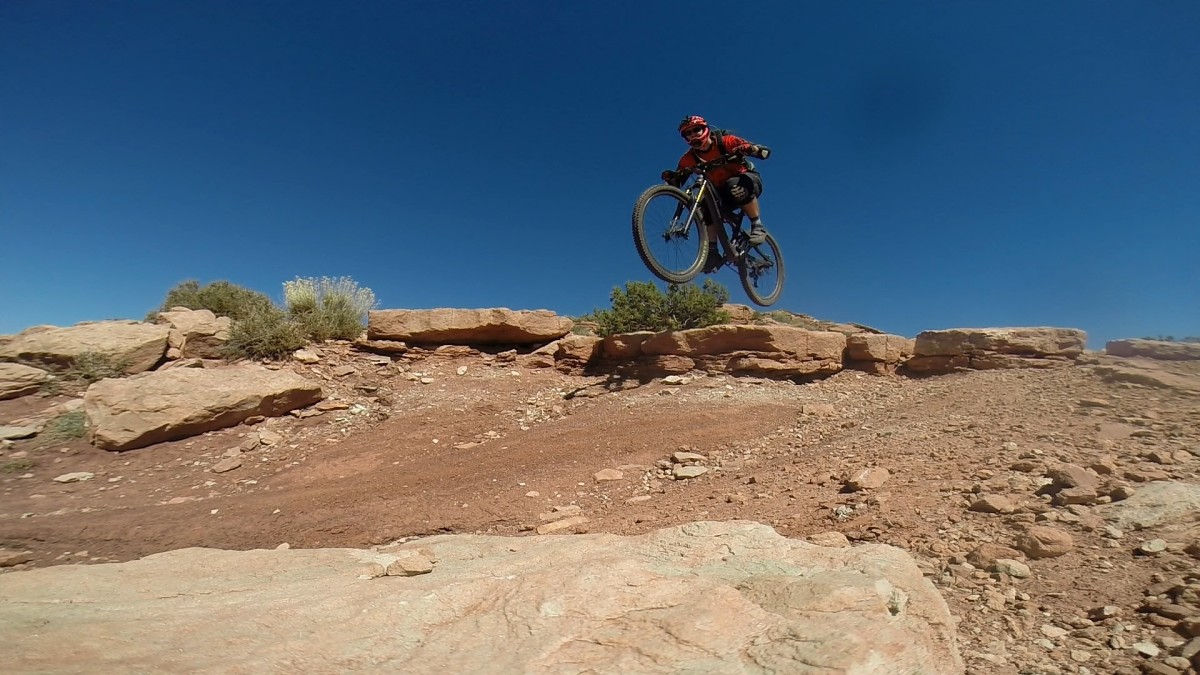 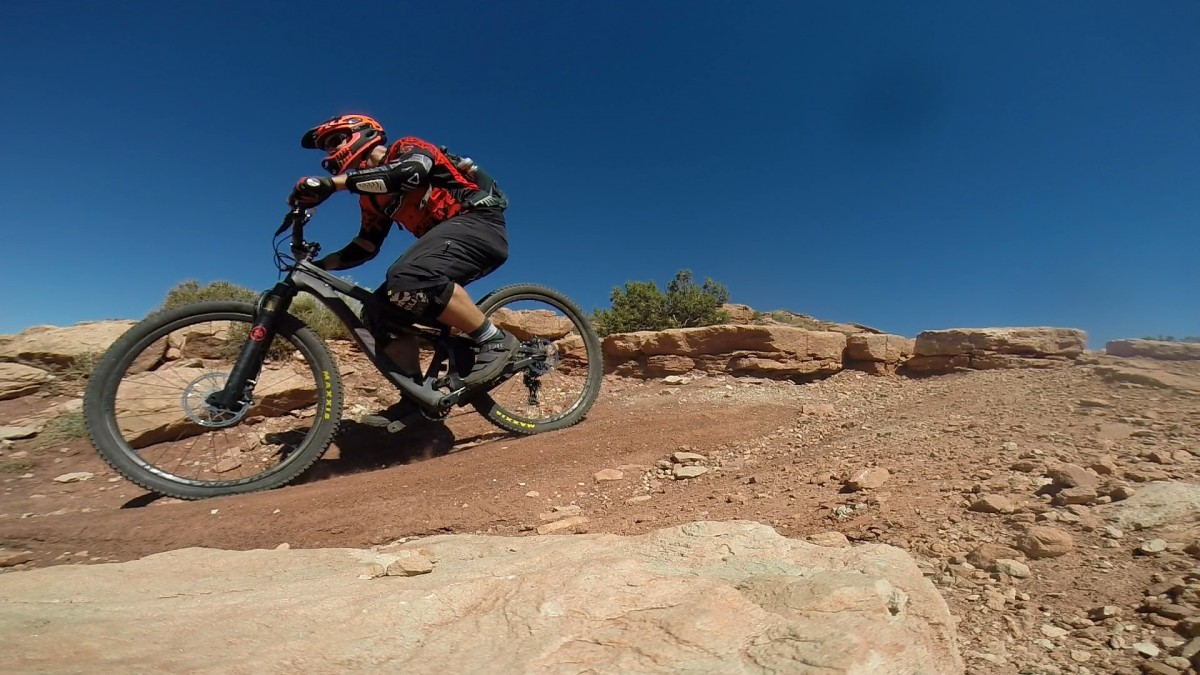 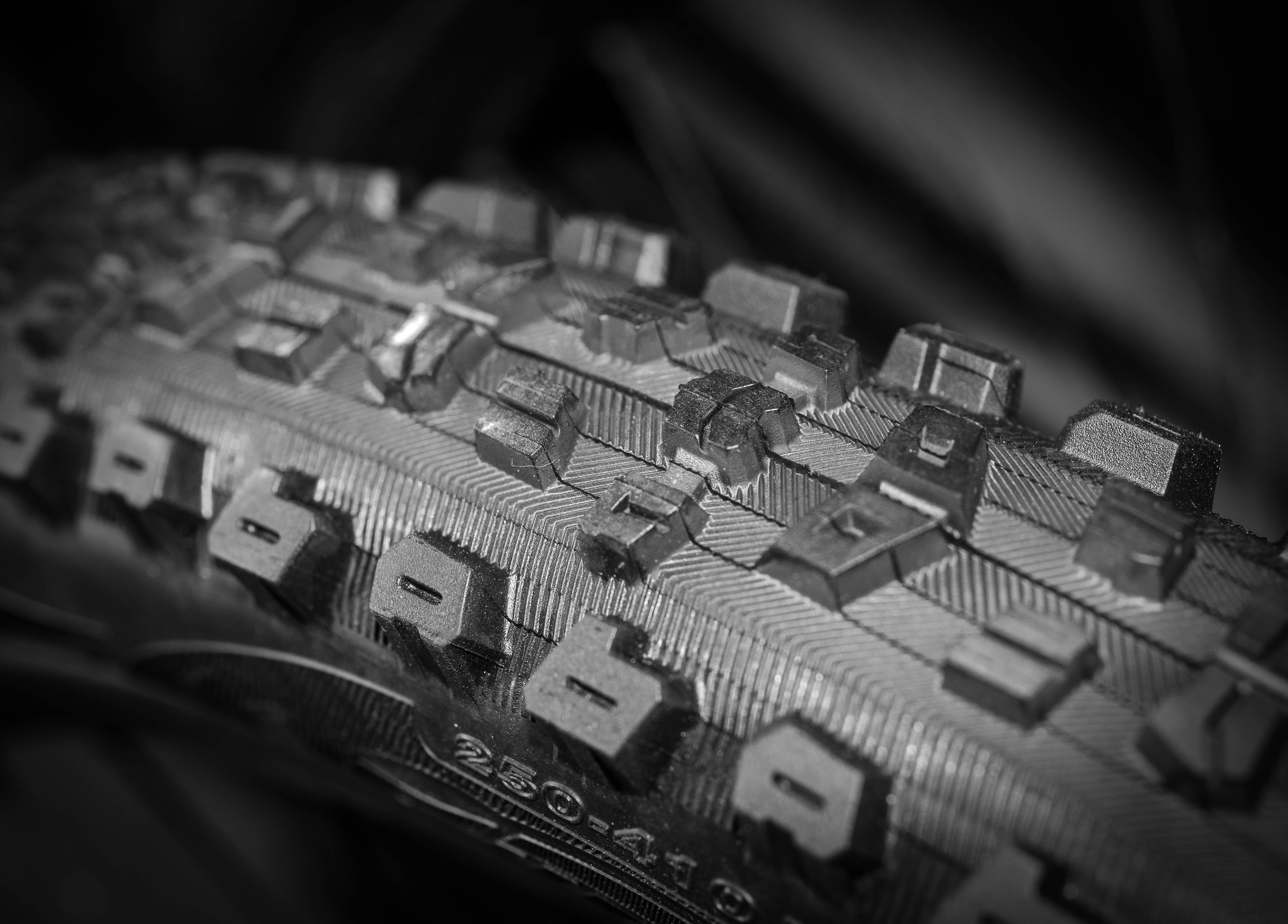 At Trestle in Winter Park, I mounted both tires front and rear, which handled deftly, holding tight corners in loose berms and never giving up traction. The Aggressor most impressed me on kitty-litter hardpack, where I was able to use the front tire to carve some pretty tight lines and make turns I’ve never been able to make before. Running the Aggressor up front allows you to quickly whip the front end and correctly over or understeer on the fly, and increases precision and handling. The rear Aggressor bit in deep and allowed mega-traction. Where some riders may prefer a faster rolling rear, particularly for racing, the Aggressor compensates by allowing you to go faster simply from the control it gives you. I personally would prefer the consistency of this tire to hold tight to the ground than forfeit some of that bite for the rear-tire speed you get by removing center knobs. 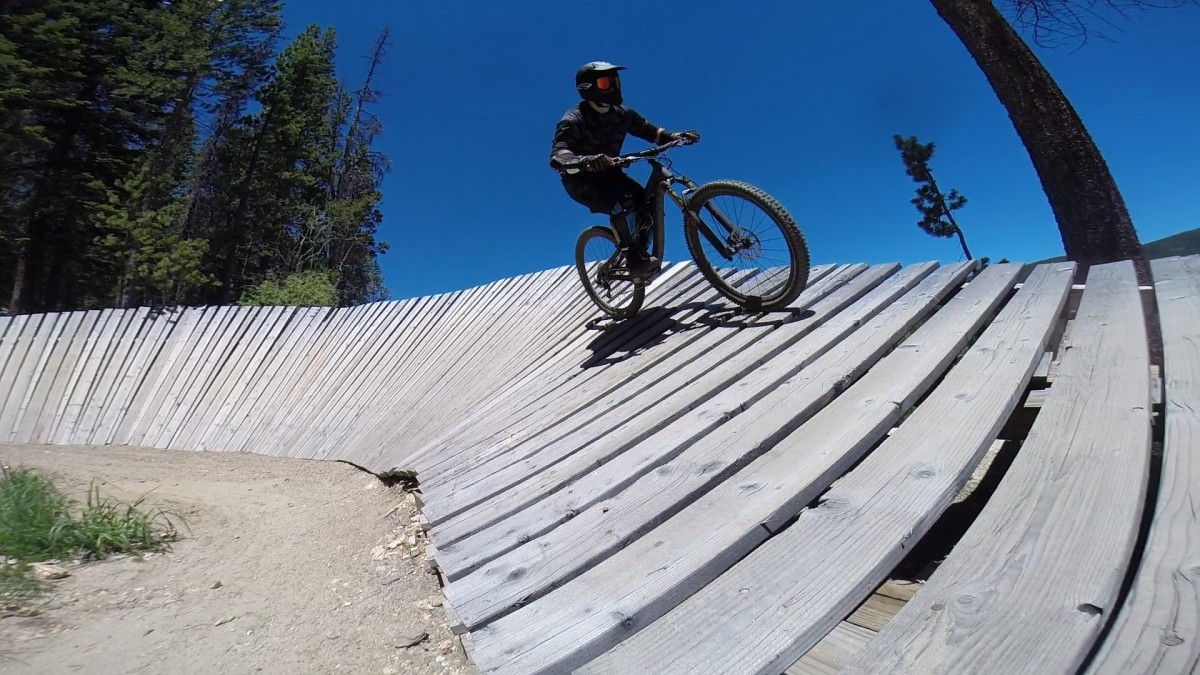 Despite its pre-production status and lack of advertisement (my tires didn’t say “Aggressor” anywhere on them), several astute mechanics and riders instantly noticed the tread pattern of this tire when riding with me and asked me about them–which is not something I’m accustomed to. I sheepishly explained what they were, and without exception, everyone that I know that “knows bikes” wanted to give these tires a try.

After several days at Trestle this year, in addition to the manky front range Colorado trails I tested them on, they have shown very little signs of wear, and I have had zero problems with them. They currently have about 150 very hard miles on them, and my Maxxis HRII’s have been lasting 250-300 miles on the rear–more in the front. I have only tested them in mostly dry and dusty conditions, and have not had an opportunity to play around with them in the wet. Examining the tread pattern, however, I think they would fare well in almost any condition unless it is just sloppy wet (note the siping on the base of the tire).

Interestingly, I have noticed the need to run lower pressures in these tires, perhaps due to the beefy armored sidewalls. I normally run 25-27psi depending on the terrain, but have been able to get away with 19-20psi when I wasn’t worried about big jumps or miles of boulder fields. In fact, on most of my local trails, running 25psi seemed too harsh most of the time, and I incrementally decreased the pressure to a final 20psi, which felt more accomodating. In chunkier terrain, anything more than that just beat me to pieces, and I even found myself decreasing the air pressure in my fork to compensate for it. At 20psi, the extra traction was nice, but there was a lot of deflection in high-speed berms at the bike parks, so I’d recommend playing around with the pressure on different types of trails. I suspect these tires will soften up with age, but even after 120 miles they still seem a lot stiffer than their High Roller brethren. Consider yourself forewarned…

If you are looking for a DH-oriented style tire that bridges the gap between the High Roller IIs and the Minion line, I would strongly recommend trying the Aggressor. I’s full-height knobs with wide spacing is excellent for traction on groomed terrain and loose surfaces.

Thanks to Maxxis for providing the Aggressors for review!