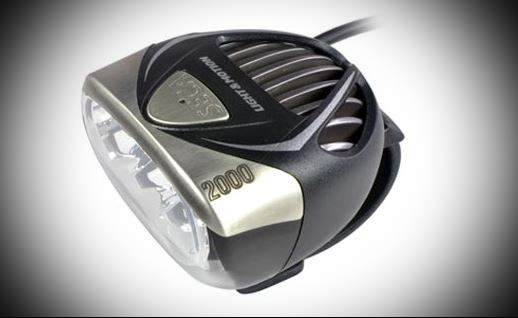 With so little daylight this time of year, it just makes sense to pack some lumens before you head out for that after work ride. Heck, in Toronto it gets dark at 6:00pm, and even earlier in the forest. Having dependable lights when the sun starts going down is of utmost importance! 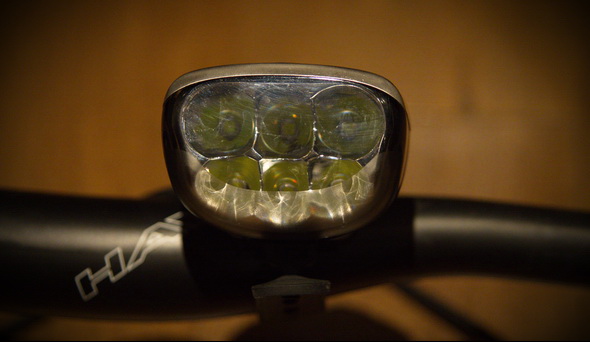 Light & Motion continues to push the lumen count on their Seca series lights higher and higher, and this year is no different. The top Seca now produces a blinding 2000 lumens!

The Seca-designed head unit still uses a 6 LEDs, 3 in a row for shining light down the trail and 3 for illuminating the sides of the trail. All of the LEDs work together to provide a diamond-shaped pattern. Unlike some single-beam units with multifaceted reflectors, which tend to leave a hot spot or too narrow of a pattern, the 2000 lumen Seca sheds light on everything in front of you. 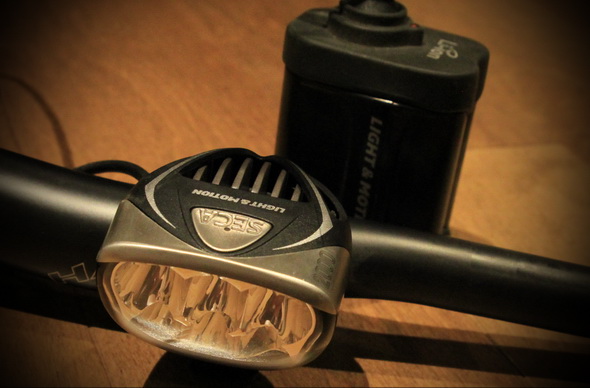 The Seca represents years of development. Not only has the light array been adjusted and improved over the last past few years, but light output and weight have also been improved. The Seca provides one of the highest lumen-to-weight ratios on the market, measuring in at 495 grams (343 grams for the Race).

The mounting system, which is integrated directly into the head lamp, also makes it one of the easiest and cleanest-looking systems around. A simple, yet effective, rubber strap which loops around the bar holds the lamp firmly in place. The supplied head light strap, which attaches with two velcro straps to the helmet, is your second option. The battery has its own wide velcro strap that can hold the battery to your frame with little movement at all. I would keep a few zip ties handy to shore up the extra cabling if need be. 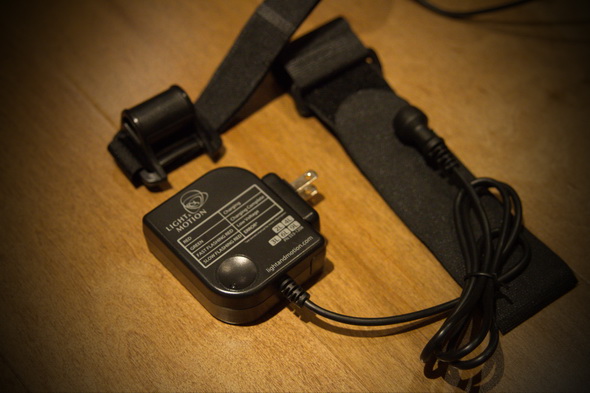 Below is a comparison chart for run time, cost, and system weight of the present Light & Motion product lineup. 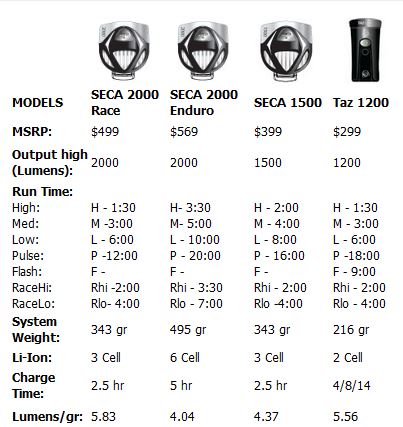 Made in the USA

Light & Motion stands out because all of their production, packaging, and sales are done at their Monterey, California location. With so much production going overseas, it is nice to still see quality, American-made products.

Check out this video for more on the production process:

Installing and charging the Seca is very straight forward. Everything you need comes ready to go in the box. The Mini L charger comes with the North American wall plug attached and a European adapter in the box.

As a helmet-mounted light, the race battery is about the heaviest I would consider to use. The 6-cell Enduro battery is too heavy for the helmet, so I’d recommend stowing it in your hydration pack. 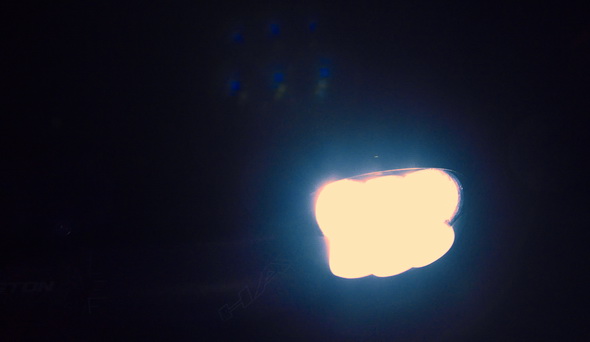 Having tested the Seca mounted both on the helmet and on the bars, you do get slightly different perspectives when riding. On the bar, I found that there are slightly longer shadows off of roots and rocks. I also noticed that because the light is fixed to the bar, the light pattern does move around a bit. Still, the light pattern is wide enough to safely ride at speed.

On the helmet, the light pattern shortens a bit as the focus of the light (and natural tendency of a rider) is to look closer to the front wheel. This tendency also flattens the light and reduces the shadows, also reducing depth perception on some features. It wasn’t terribly noticeable, but I did pick up on it.

I found the advertised run times to be accurate. On evenings when I was planning for a long ride, the intermediate setting worked perfectly. Burning at about 1000 lumens, that was plenty of light. When I needed more, I switched back to 2000 lumens, giving me run times of about 4.5 hours.

For comparison, I mounted up the Seca 2000, last year’s Seca 1700, and the Seca 1400. These shots have only been white balance-corrected, with no other editing. All shots were taken with the exact same camera settings and position: 3.5ft above the ground and directly behind the light. The first ball is 15ft in front of the light, with the other two balls 20ft ahead of each other. The wall is 85ft from the light’s head: 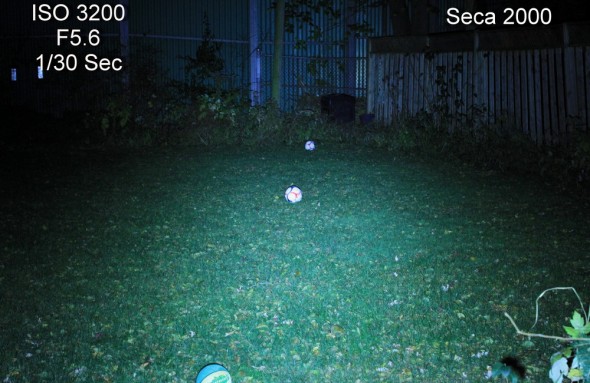 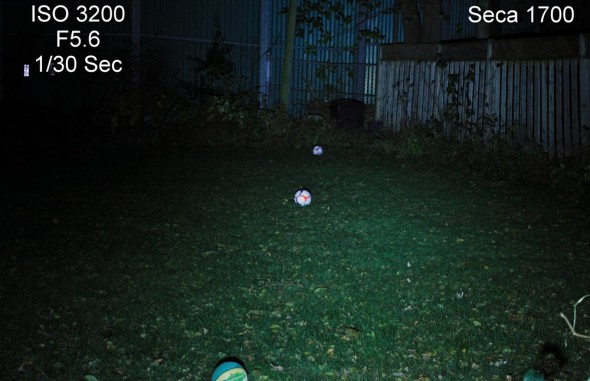 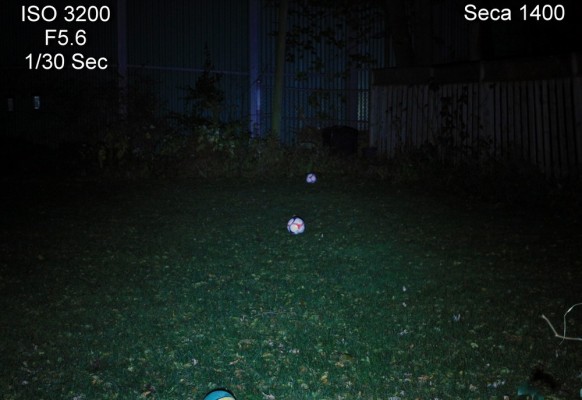 Now, unlike other photos of light, the photos above give a true representation of what you probably will deal with out on the trail. There are very few surfaces that reflect light back, giving you an impression of more light than there is. But as you can see, the Seca 2000 cuts a swath of light that, at about 30ft away, is a good 20+ft wide.

Thanks to Light & Motion for providing the Seca 2000 Enduro for review.