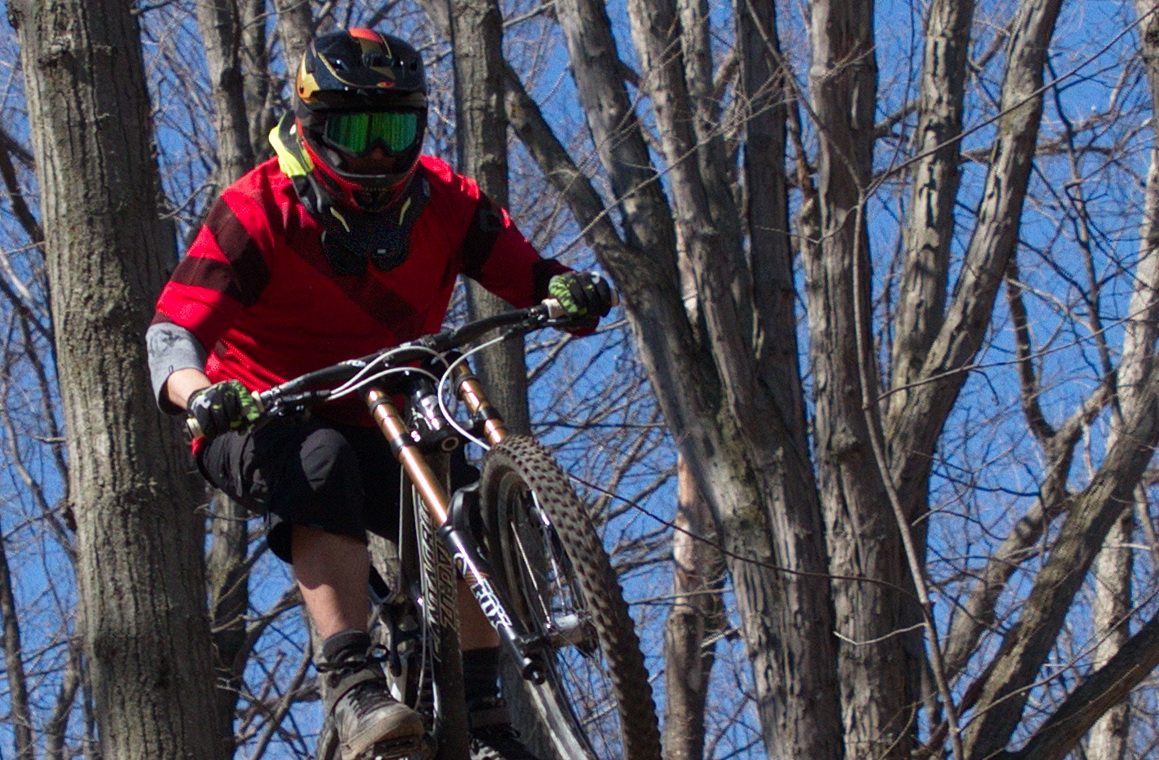 One thing I love about forward-thinking companies is their ability to keep innovating and refining a product. Leatt is one such company. With a string of excellent category-appropriate braces, Leatt has produced an all-new brace for us.

The new DBX 5.5 is CE89/686/EEC certified. For many that is just another few letters of advertising blah blah. For others it means a lot more. This unit has passed what is called a Kurbstone impact test at 50J, passed impact force tests of a perpendicular impact at 4.3 kN, and passed a horizontal impact at 5.7 kN.

Like all other Leatt braces, the DBX 5.5 uses Alternative Load Path Technology (ALPT®). For ALPT to work, a proper fit is essential.

Presently the DBX 5.5 is the easiest Leatt brace to set up. The front and rear sliding SureFit adjustments move easily by pulling a lever, sliding to the desired indexed point, and locking it in place. This can all be done without tools, and in less than 30 seconds (when you know what you’re doing). 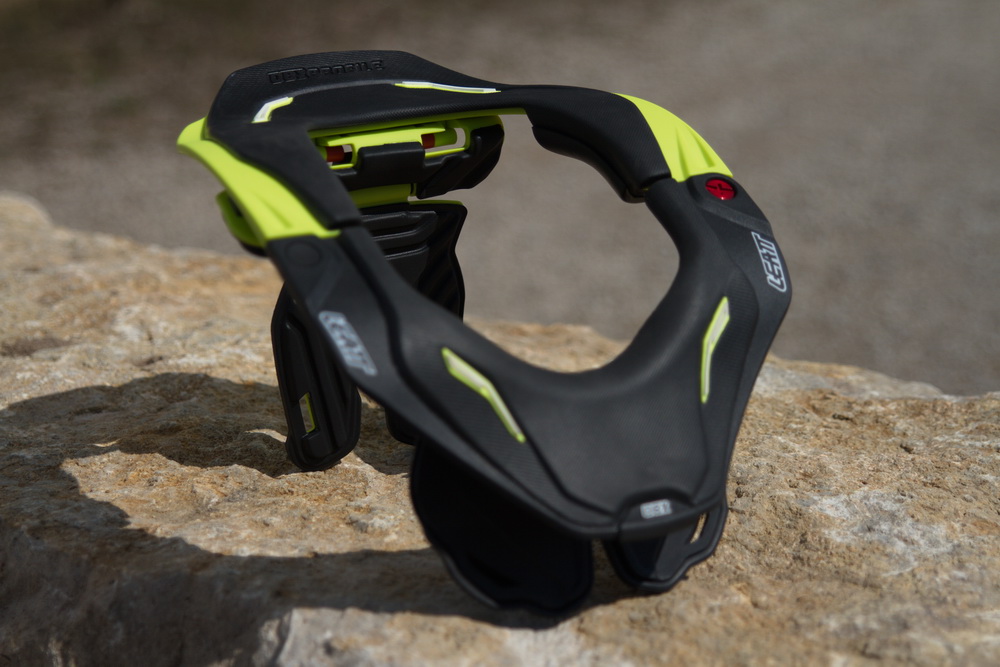 The ease of adjustments allows you to change the positions quickly if need be.

The biggest visual change to the new 5.5 is the improved CoreFlex rear thoracic strut, which is wider and now totally split.  The strut has an exclusive feature that allows it to be adjusted easily to one of four setting angles, using simple rubber bumper chips that can be interchanged to 0, 5, 10, or 15 degrees in seconds. The front strut is as well for an improved fit, to promote broader dissipation of energy, and less of a chance for soft tissue injury.

Other changes to the 5.5 include the lowered side profiles. A shoulder pad can be easily removed. The pad is simply snapped in place, and you can raise or lower your brace to suit your neck length or helmet rim profile. 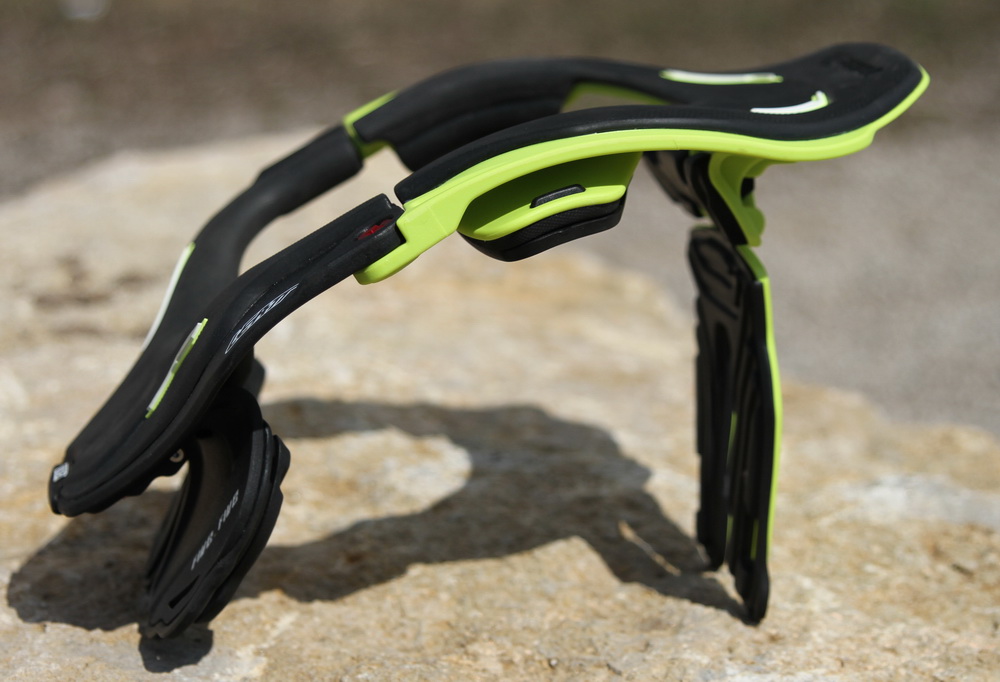 The new frame is constructed of fiberglass reinforced with polyamide. The polyamide is characterized as a material with a bit of built in flex. It’s adjustable enough to fit most riders’ body shapes, while the structure remains rigid enough to help transmit energy during an impact.

Like a car, there are multiple fracture points and crumple zones that will bend or break away at pre-determined stress levels for improved safety. The CoreFlex rear thoracic strut is one of those areas. It’s designed to be comfortable as well as safe, with an engineered fracture point, allowing it to break away in certain severe impacts. Like previous models, if broken this strut can be purchased separately.

The body side of the rear strut and the rest of the brace that contacts your body is lined with a soft padding, which helps prevent any injury to soft body tissue. Additional padding is found along the inner rim to further prevent chances of tissue damage in the event of severe brace movements (such as in a major accident). 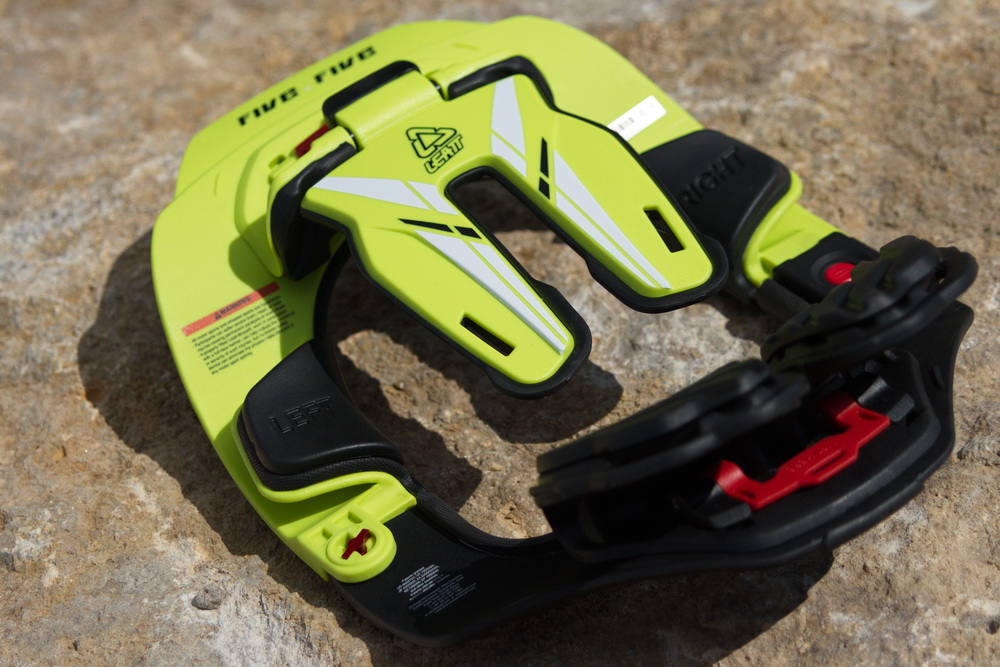 Setting up the 5.5 takes a few minutes of reading. Do yourself a favor and read the well-illustrated and thought-out instructions… this is not a BBQ grill that you can eyeball and cobble together. It’s your neck on the line… literally, so going over the instructions is a must. Both the forward and rear pad areas must be set properly. It will take a bit of force to snap back the locks the first time around. They must click in place! 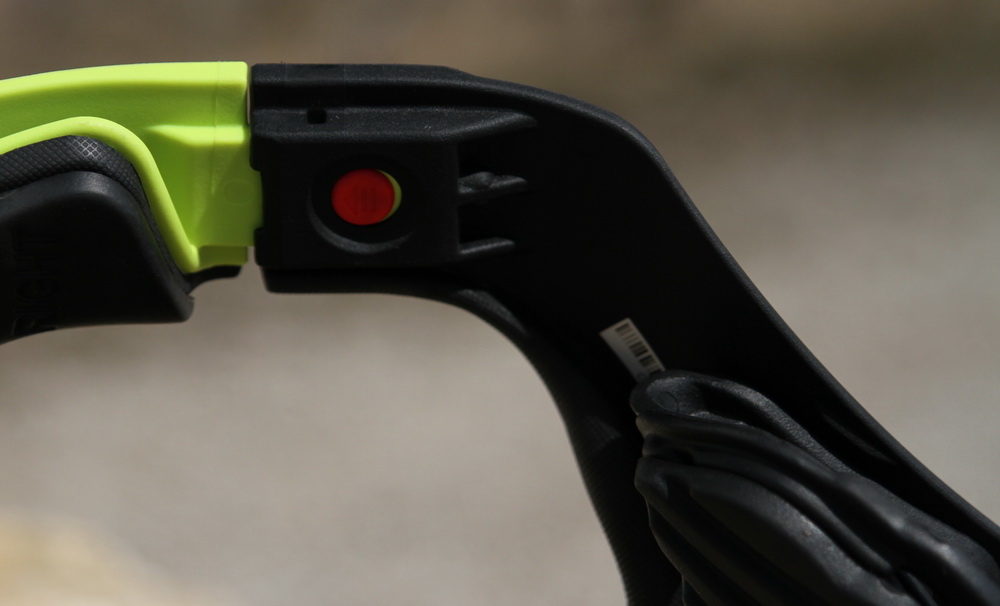 Having used Leatt for a while now, I am totally comfortable using one and have no issues with fit, feel, or any other excuse that may pop up. The new 5.5 just feels right. It is light enough that I don’t perceive the weight of it around your neck. Most of the time, I use the 3DF air vest along with the 5.5. I do not need to use the straps that come with the 5.5, since the vest comes with its own brace hoops.

Movement isn’t an issue. The push button release can easily be accessed with or without gloves on.

The only bad thing about the 5.5 is the lack of a bright marker for first responders as to where the release button is. Unlike the older DBX units where the latch was a bright red, the button is slightly obstructed from plain view. A warning sticker would be wise in future designs. Other than that, I think the new DBX 5.5 is a wise choice for those who love gravity-oriented riding.

A big thanks to the folks at Leatt for sending down the DBX 5.5 for review.