The hard-charging, EWS-ready Devinci Spartan is now available as a 29er.

If you’ve been asking, “what’s with all the enduro 29ers lately?”, it’s a valid question. If there’s been one trend over the past year in the mountain bike industry, it seems like this is it. So much so, that Singletracks has dedicated a podcast to the topic and will be talking about it more.

For Devinci, a big part of the push for a 29er version of the Spartan came from the people who spent the most time on it, pushing the 27.5-inch version on the hardest trails in the world.

“The goal of having a race team for us is to develop faster bikes, so when [Damien Oton] mentioned he wanted one, we started working on the 29 version of his new race bike and made sure it would deliver the performance he needs for most of the EWS courses,” said Julien Boulais, the Devinci brand manager. Oton took third last weekend at the EWS in Ainsa, Spain.

Oton feels that so far, the 29er has helped his standings in the series. He’s raced on it for most of the 2018 courses.

“This much travel and that race-focused geometry mixed with the 29’’ wheels make the bike so fast and capable I was able to improve my timed runs by a good margin,” said Oton.

“The bigger wheels also help me save energy with increased comfort. This sounds like it is not a big deal, but when you do an EWS race, any energy you can save by being comfortable and carrying more speed through rough sections makes a huge difference at the end of the day.’’

Devinci set aside a medium-sized, X01-equipped, 29er Spartan for Singletracks when we were at Crankworx Whistler last month.

I spent about three full days on the Spartan and to quantify that even more, I logged in over 20,000 feet of vertical, mostly lift-served, but with some steep climbing as well to give my hands a break from Whistler’s brake bumps.

What’s different compared to the 27.5-inch?

The frame design is the same for both the Spartan 29 and 27.5-inch versions, almost throughout the whole bike.

There are a few differences though. Like the 170mm travel Pivot Firebird 29, the Spartan 29 uses SuperBoost Plus to keep the chain stays short to deliver traction, while allowing room for bigger tires. Devinici wasn’t excited to use this “new standard,” but they felt it was worth it to achieve the geometry on the bike they wanted.

By using the SuperBoost Plus spacing, the 29er chain stays are only 2mm longer than the 27.5 model.

The seat angle is also 1.5-degrees steeper on the 29er and the wheel base is of course longer. 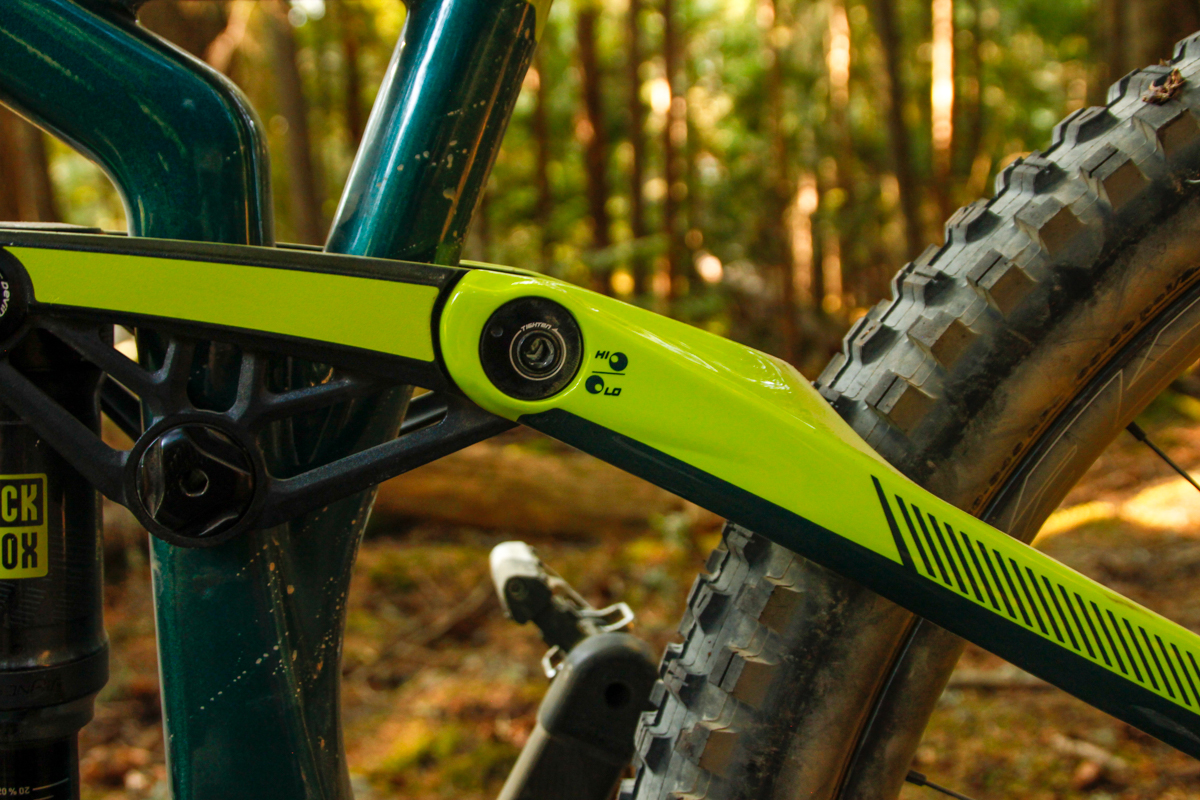 By the third day in Whistler, my knuckles were on fire and I needed to burn off some of the diner food and beer I’d been consuming. I needed to get out and pedal on some singletrack.

That morning, I got the Spartan out for a 2,000 foot climb to get acquainted with its climbing abilities.

I won’t sit here and tell you that it pedals like a bike with only 130mm of travel, but maybe more like a bike with 155mm rather than 165mm. I know, not a huge difference. In other words, it’s not going to blow you away on the climbs. But, it won’t disappoint either.

The bike industry loves to say that “it’s a downhill bike that you can pedal uphill.” We’re finally more true to that saying than ever. The Spartan 29 is one inch of travel shy of what most downhill bikes have, and for being almost a seven-inch travel bike, it pedals pretty dang good.

The Spartan 29 sits high in its travel on the climbs, is firm, and doesn’t wallow or bob. The big wheels make it easy to roll over technical rocky bits on a climb, as does the suspension’s suppleness in the top stroke and firmness in the mid-stroke. It was just as easy to maneuver my body around the bike when going over obstacles, and the bike keeps as much traction as you need to get over techy climbs.

The Spartan 29 may not be a great climber, but it feels like a smart climber given how aggressive the bike is. The 76-degree seat angle has to help with this. It puts the rider in a very centered position while climbing.

I warmed up to the Spartan on some blue-rated Whistler Bike Park jump trails. The 29er picked up speed quick, wrapped around the berms, and felt stable through the air.

On trails like A-Line, it almost gets scary picking up speed on the Spartan. The thing absolutely hauls and I felt like a jet on a runway.

The Spartan will hit tabletops and jumps with pleasure, but it isn’t the most playful bike. Rather than a leopard, it jumps like a lion. It still jumps, and you can hit bonus lines, and pop off roots and stumps, but it wants to get back to the ground as soon as possible.

The bike is roomy up front, and at times I needed to shift my weight a bit forward around sweeping berms to keep traction up front, but overall, the geometry is a highlight for the bike. I’m 5’8″ and the size medium put me right where I needed to be most of the time.

With a 65-degree head angle, the Spartan is made to punch through steep rocky chutes and fall lines, while keeping the rider centered on the bike.

And while we’re on the subject of rocky terrain, the Split-Pivot design kept the suspension active when braking down rocky, chattery trails. While a lot of suspension designs make the rear wheel kick up on small bumps when the brakes are on, the Spartan’s rear wheel noticeably contours to bumps to help you slow down.

For the price point of the Spartan model I tested, the component kit was dialed. The only thing I’d complain about are the grips, which are a bit harsh and may rub some skin off your palms if you’re gloveless, but that’s an easy fix. Devinci did a good job speccing the build if the only thing I”m complaining about are two rubber parts that cost under $30.

The top-level build includes the new, very wide, 36mm internal width carbon rims from RaceFace. Sure, they aren’t necessary, and almost sound gimmicky, but they really open up the tires and enhance the traction, especially around turns. This is important in places like Whistler, when in August, the turns are blown out and filled with loose soil.

The suspension components are right on par. I’m a fan of the Rock Shox Lyrik. It’s stiff, it’s nice and soft at the top stroke and the RCT3 offers the adjustment needed for getting this bike up to speed and keeping it comfortable.

The Rock Shox Super Deluxe RC3 also performed as it should. The rebound knob on the top makes it dummy-proof to dial in, and the shock ships with one volume token already installed, making the bike ready to send. 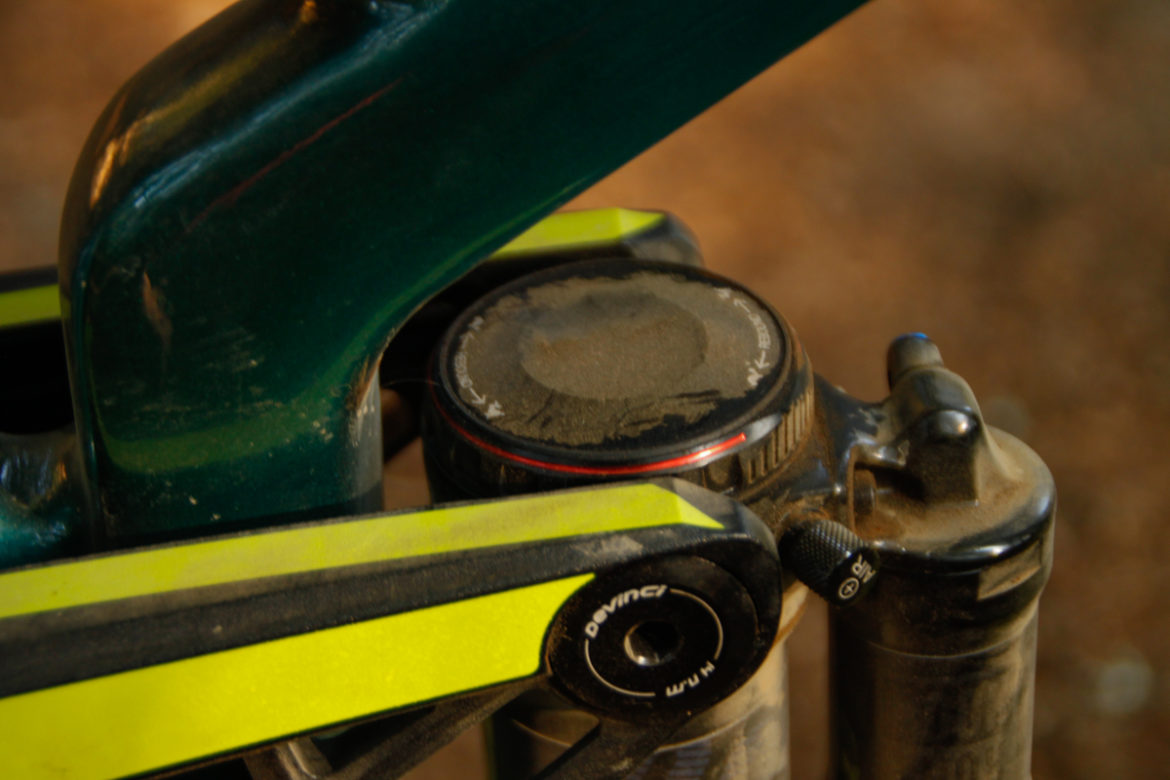 It’s for an enduro racer. Or, a shuttle-fiend. Or, a park rat. Maybe I’m being blunt, but if you want a bike for all-day adventures, with a lot of saddle time, look at something with shorter travel. The Spartan 29er is meant to punish downhills first and foremost.

The carbon-dressed model I tested is light, like 27-28lbs, and will get you up tough climbs, with a lot less fuss than the older Spartan did, But if you buy a Spartan 29, stick to its intended use.

Devinci delivered an enduro-ready, long-travel 29er that’s ready to brawl. The Spartan is an improved climber from the previous generation. It may still take a bit to get to the summit with this 29er, but it’ll be worth it on the way down.

Community
Women’s Freeride Progression this Past Week has Been Absolutely Insane:...
Gear
Summer MTB Looks from 10 Brands
Community
Thanks for Reading Singletracks
Gear
Reach is Too Long and Seat Angles Too Slack on...
Subscribe
Login
Please login to comment
5 Comments
Most Voted
Newest Oldest
Inline Feedbacks
View all comments

Has anyone else noticed that putting a DT Swiss RWS axle – with an integrated lever – on a split pivot bike is just stupid? It’s bad enough on the current 27.5 Spartans, even worse with the new super-wide rear hub. Look at the fourth photo above – the lever sticks out like a horizontal anchor ready to smash into trailside obstacles. I emailed Devinci about it – they said their engineers like it that way. Very poor practice when you can just specify a (cheaper, simpler, more reliable) flush-mount axle without the integrated lever. Makes you wonder how many other details they missed.

After some brief research, I’ll answer my own question: No underbash guard included. 180 mm front rotor is too small. Reverb is junk (unless you think 1.5 mm of vertical play is acceptable in a new seatpost). Guides are marginal. Tires are too narrow. XC / All-mountain crank, should run a Descendant. Overall, stock setup is weak.

Did you notice the carbon bash guard near the BB? No vertical play to report on the stock Reverb dropper here. It is the new version. The Maxxis Wide Trail DHR and DHFs on the NextR 36 (IW) is far from what I’d call narrow. The Guides aren’t the Codes, but do the trick on here. 200mm rotor would probably be nice up front.

For your education, an underbash guard protects the chainring and chain from rock strikes. Required equipment here in Sea-to-Sky corridor. That small plate you mention just protects the most vulnerable part of the carbon downtube. My 2019 Reverb has 1.5mm vertical play from new. The fact yours doesn’t is good for you but otherwise irrelevant. The Reverb still sucks and has little resale value. A 2.6 rear has much greater air volume than a 2.4 independent of rim width, which is 30 mm on most Spartan models.

Thanks for the education. Sounds like your mind is already made up on this bike.