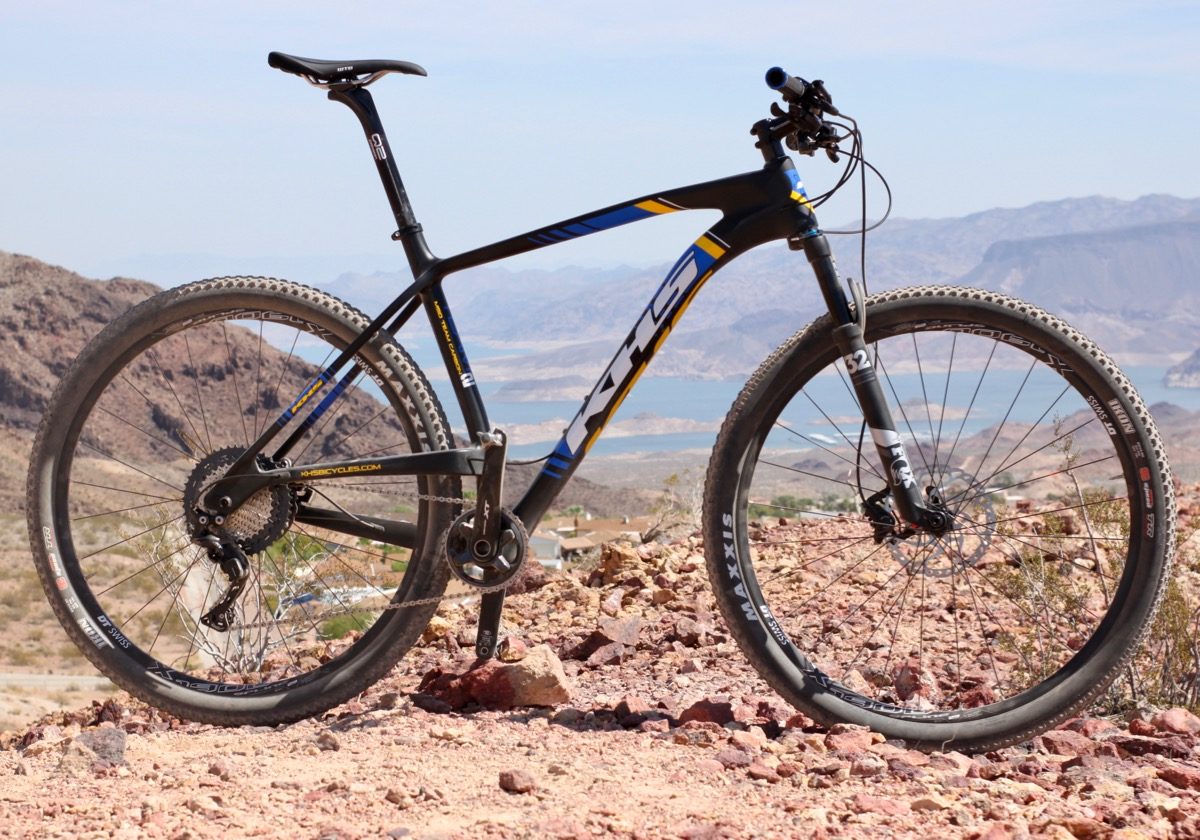 The 2018 KHS Team 29 is clearly meant for going fast. From its carbon frame, bars, and seatpost–totaling a claimed weight of 22.5 lb.–this bike is an XC racer’s dream. But don’t be fooled, like I was, into thinking this bike is too racy to be any fun on rocky trails. KHS managed to build a carbon XC race bike that doesn’t feel harsh, and they even found a way to make the frame compatible with plus tires. 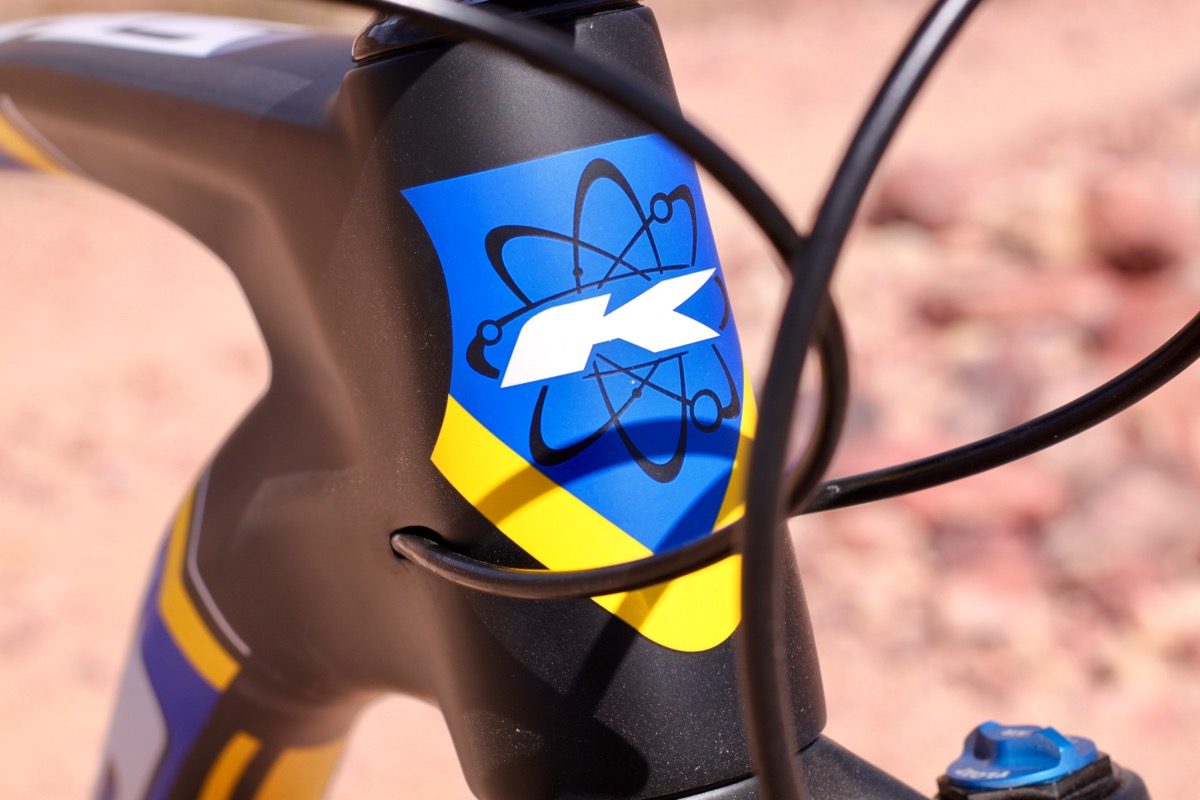 Starting at the frame, the all-carbon construction features Boost spacing and is said to be compatible with 27.5+, 29, and 29+ wheels and tires. The bike will actually ship with 29er wheels, and it’s important to note that while the frame is compatible with plus wheels, components like the fork may need to be swapped out. 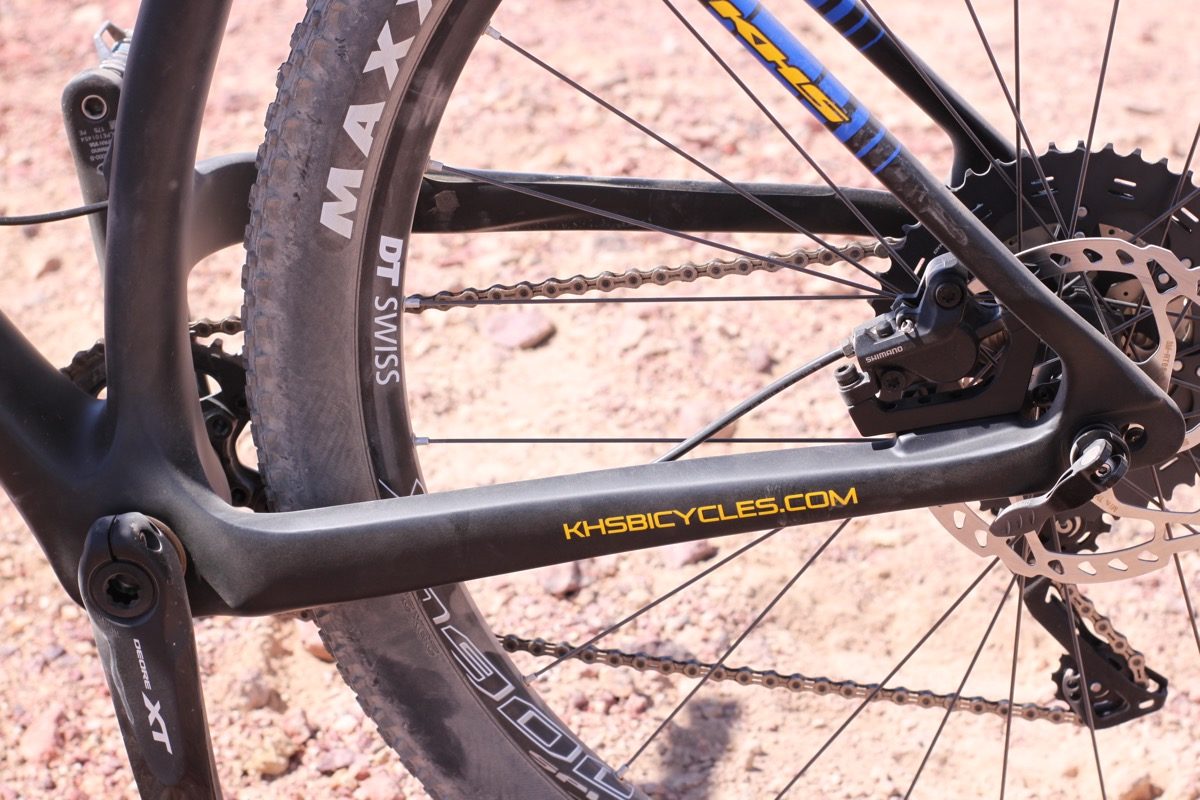 A quick glance at the frame reveals the wildly asymmetrical chainstays with an elevated drive-side stay. This is a radical departure from last year’s model which featured a more traditional arrangement. KHS is not offering a small frame for 2018; only medium, large, and extra-large bikes will be available. 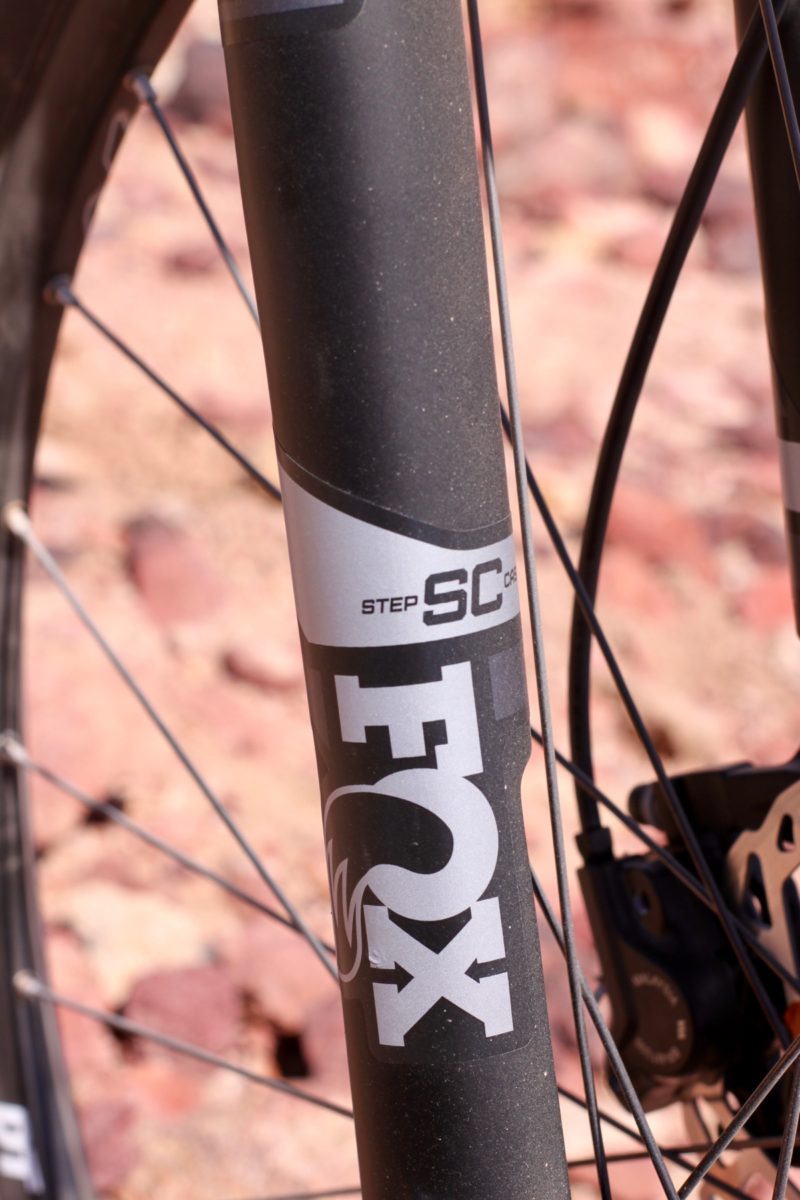 For 2018, KHS is speccing the Team 29 hardtail with a mostly XT, Shimano 11-speed drivetrain. Last year’s model utilized SRAM’s X01 Eagle drivetrain… but the 2017 version cost $1,070 more than this year’s model. Whether they’re Shimano fans or not, most buyers will probably be OK with losing a single gear to save over a thousand bucks. 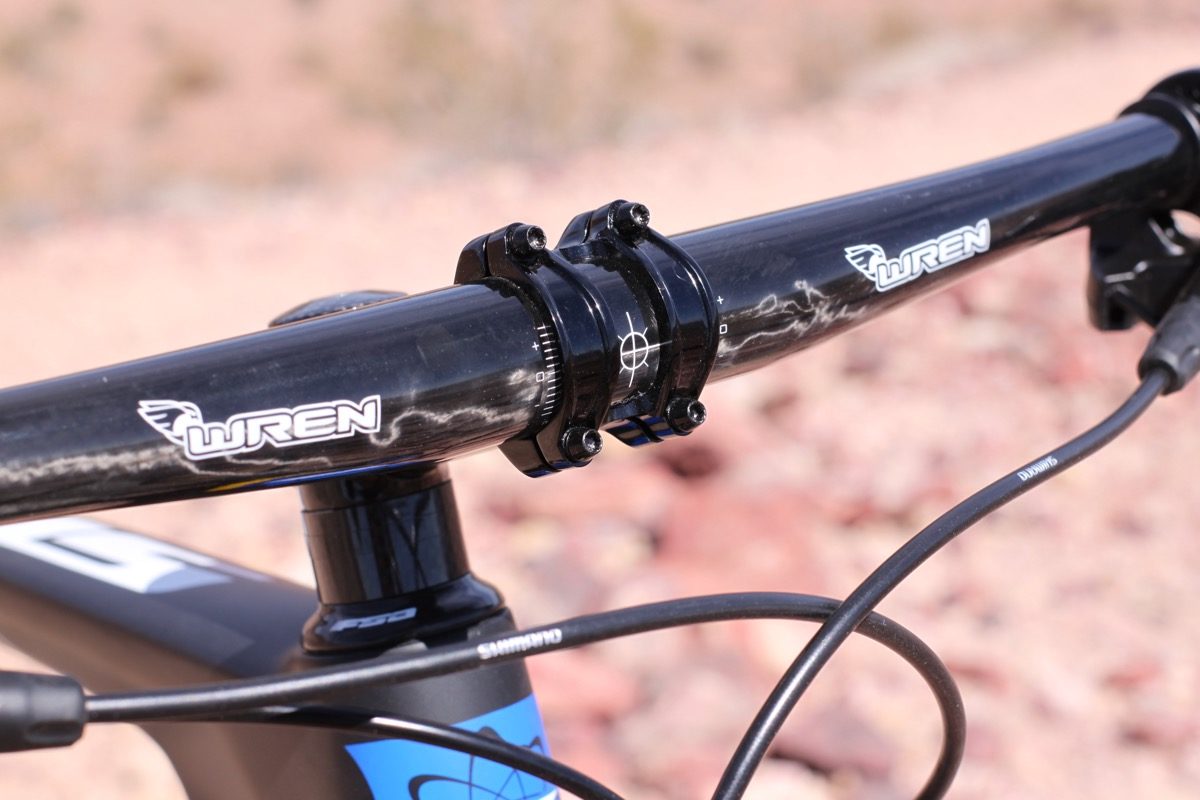 To be fair, the entire price drop isn’t due to the drivetrain alone. The 2018 KHS Team 29 hardtail features Fox’s newish Stepcast 32 fork with 100mm of travel, which might just be an improvement over last year’s RockShox SID. Other notable components on the 2018 Team 29 include Shimano SLX hydraulic disc brakes, a WTB SL8 Pro saddle, DT Swiss wheels, and Maxxis Ikon 2.2″ tires. The 740mm Wren carbon flat handlebar is a new component spec for this year, as is the Wren 80mm forged stem. The build I tested does not include a dropper post. 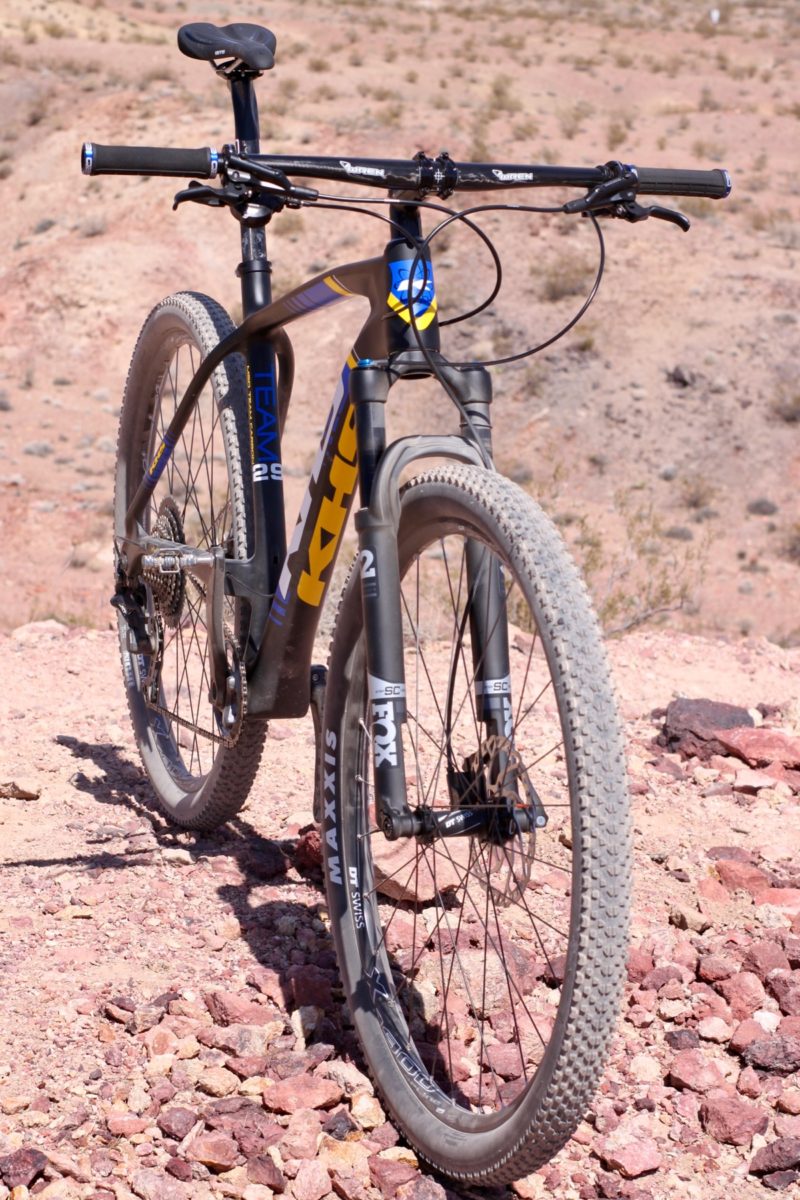 I’ve tested several carbon hardtail mountain bikes over the years, and in general I find them to feel uncomfortably harsh on the trail. With this in mind, I wasn’t looking forward to testing the KHS Team 29 on the rough, rocky, desert trails at Bootleg Canyon outside Las Vegas.

So I was pleasantly surprised to find that I really enjoyed pedaling the KHS Team 29 around the longest test loop at the Interbike Outdoor Demo last week. Sure, it wasn’t an all day epic by any means (or even a long ride really) but I got the sense that this is a race bike that doesn’t beat riders up. And that makes sense: today’s XC courses aren’t just smooth paths through the woods. Most modern race courses incorporate plenty of technical elements from rocks to roots, so an overly rigid carbon bike just isn’t going to cut it for many riders.

I was also impressed with the performance of the Fox 32 Stepcast fork. The fork felt lightweight but also performed really well, soaking up the chatter but not getting in over its head when encountering larger drops.

At a suggested price of $3,599 USD, the KHS Team 29 should compare favorably to better-known XC race bikes like the Trek Procaliber 9.7.