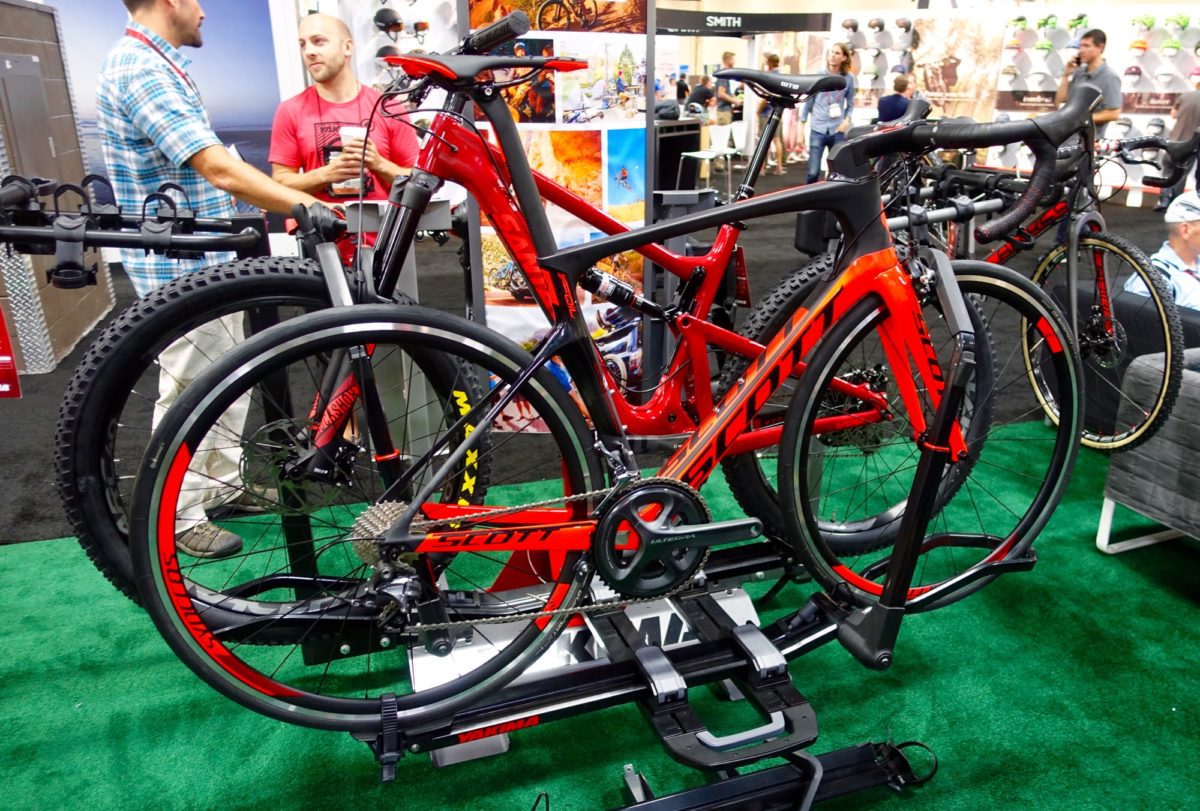 The DrTray hitch rack, an all-new offering from Yakima, is designed to eliminate bike-on-bike banging and damage during transport by allowing both of the trays on the hitch rack to be independently adjustable along two different axes. We’ve seen hitch racks from other brands allow side-to-side adjustment to prevent handlebars and seats from hitting each other, but the DrTray adds adjustment of the trays both in and out from the back of the car, allowing you to not only offset the bikes, but pull them further apart. 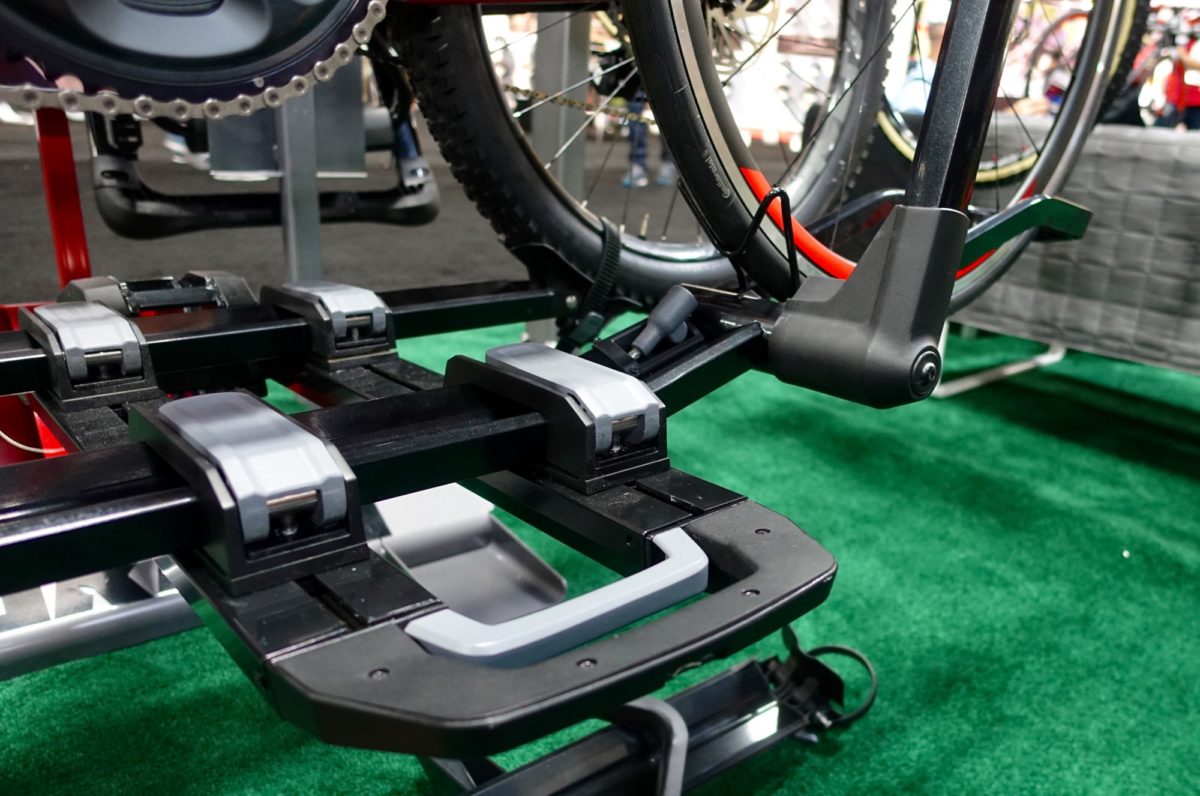 At first blush one might wonder, “why not just permanently keep the bikes as far apart as possible?” but, depending on exactly how wide your bars are, pushing the bikes closer together could actually keep your controls clear of, say, the opposing bike’s seatpost. In short, it’s impossible to say exactly how well or how poorly two bikes will mesh when they’re both put on the same hitch rack, due to the massive number of not only different bike models and designs, but the number of bike sizes and potential fit adjustments for each individual model. Having the maximum amount of adjustability possible can only be a benefit. 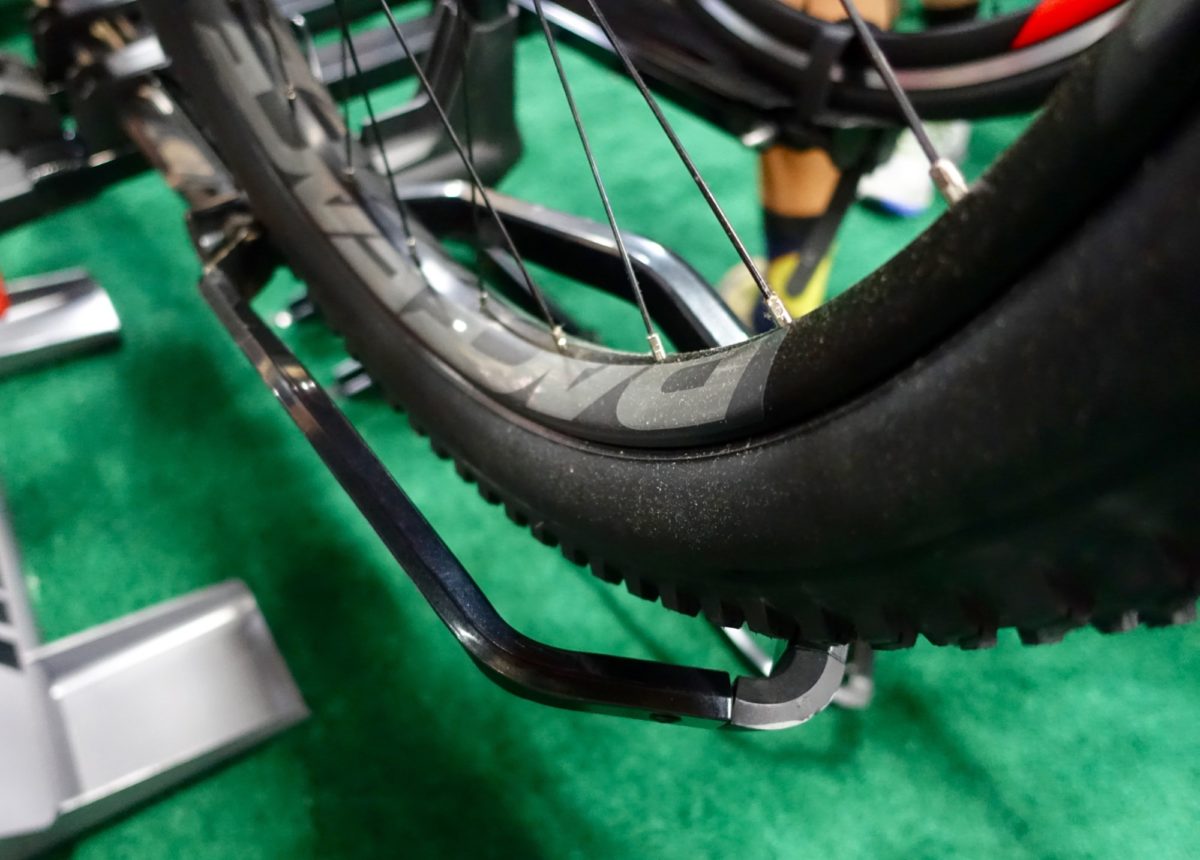 Additionally, the DrTray is compatible with all tire sizes, up to full 5″ fat bike tires, right out of the box–something that very few bike racks can claim.

Other features include a SpeedKnob for quick installation, an easily-accessible tilt lever, and a built in SKS cable lock system. According to Yakima, it’s also the lightest rack in its class: 34lbs for the 2″ receiver rack.

Nice upgrade but not sure it seems as sweet as a 1upusa (can carry road, FS mtbs, kid bikes and fatty with 4″ wide studs/3″ summer rubber) and all aluminum (fittings-hardware).

This can carry up to 5″ fat tires with no adaptors required… so seems to me like they’ve 1upped 1up.