If you’ve watched a downhill race in the last couple decades, you’ve no doubt seen a set of bright yellow wheels tearing down the mountain under the likes of Nico Vouilloz, Sam Hill, and countless other top athletes. Those would be the Deemax from French company Mavic. Today, Mavic announced the latest iteration of the venerable wheelset. 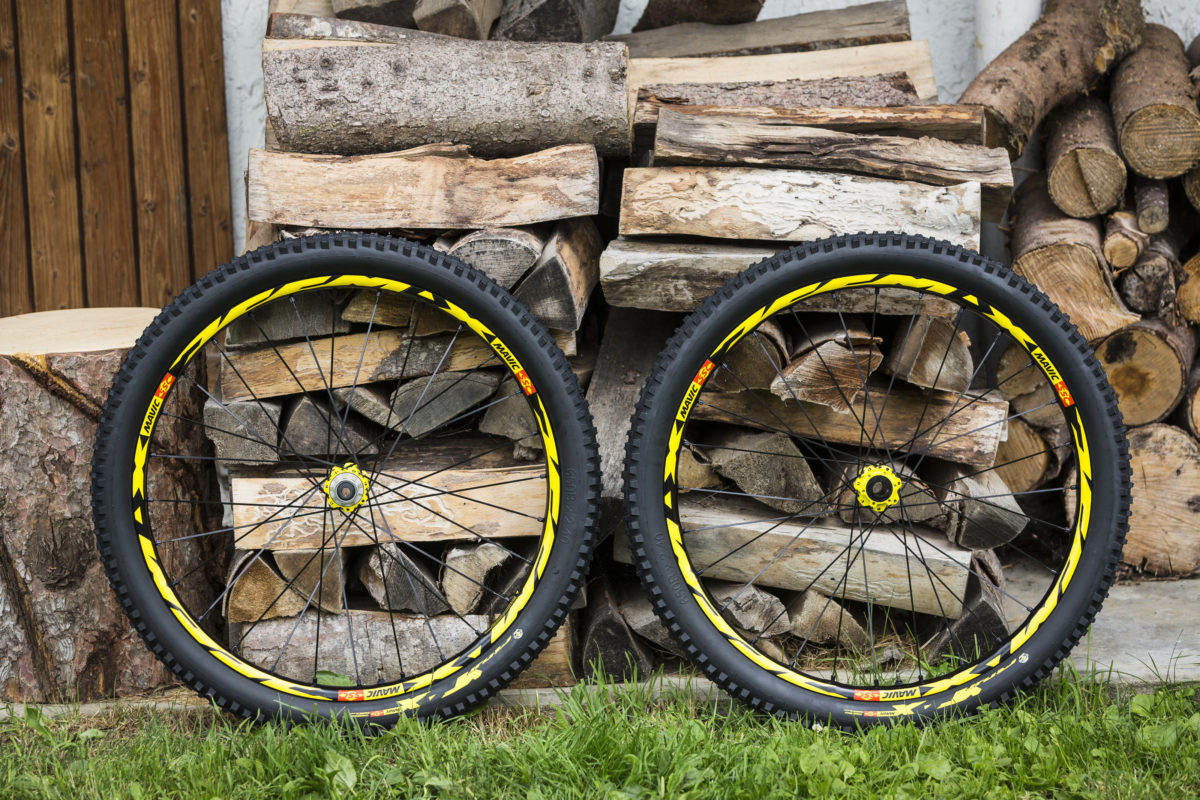 In case the name didn’t give it away, the Mavic Deemax DH are designed for the rigors of World Cup downhill racing. The yellow rims are gone — replaced by black ones — but the large Deemax logos pick up that slack. As for the rest of the specs, the new Deemax DH get wider rims (28mm internal) and fewer spokes (28 front and rear, laced three-cross) than the previous generation. Fewer spokes may sound like an odd choice for a DH wheel, but Mavic says the choice was all about improving vertical compliance. Having a little bit of give vertically makes it easier to maintain control and stay on line. 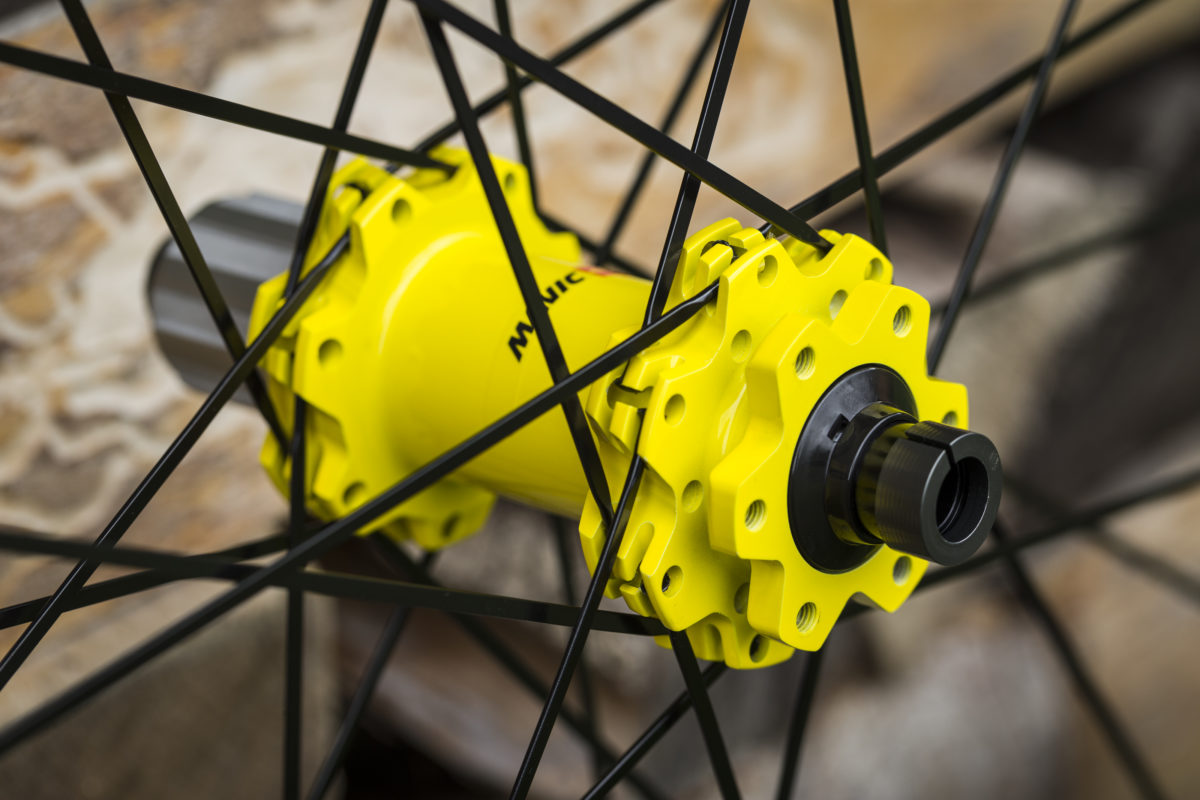 Mavic machines excess rim material from between the spoke holes — a process they call ISM4D — to get the complete wheelset weight down to 1,944g, which is pretty impressive for a 27.5″ downhill wheelset.

The Deemax Pro wheels are the lighter-duty little brother to the Deemax DH. They’re intended for enduro racing where the hits are a little smaller, so Mavic dropped 244g (8.6oz.) off the Pros compared to the DH. Once again, the rims receive extensive machining to shave weight; spoke counts drop to 24 front and rear; and the spokes are Zircal (alloy) as opposed to steel. 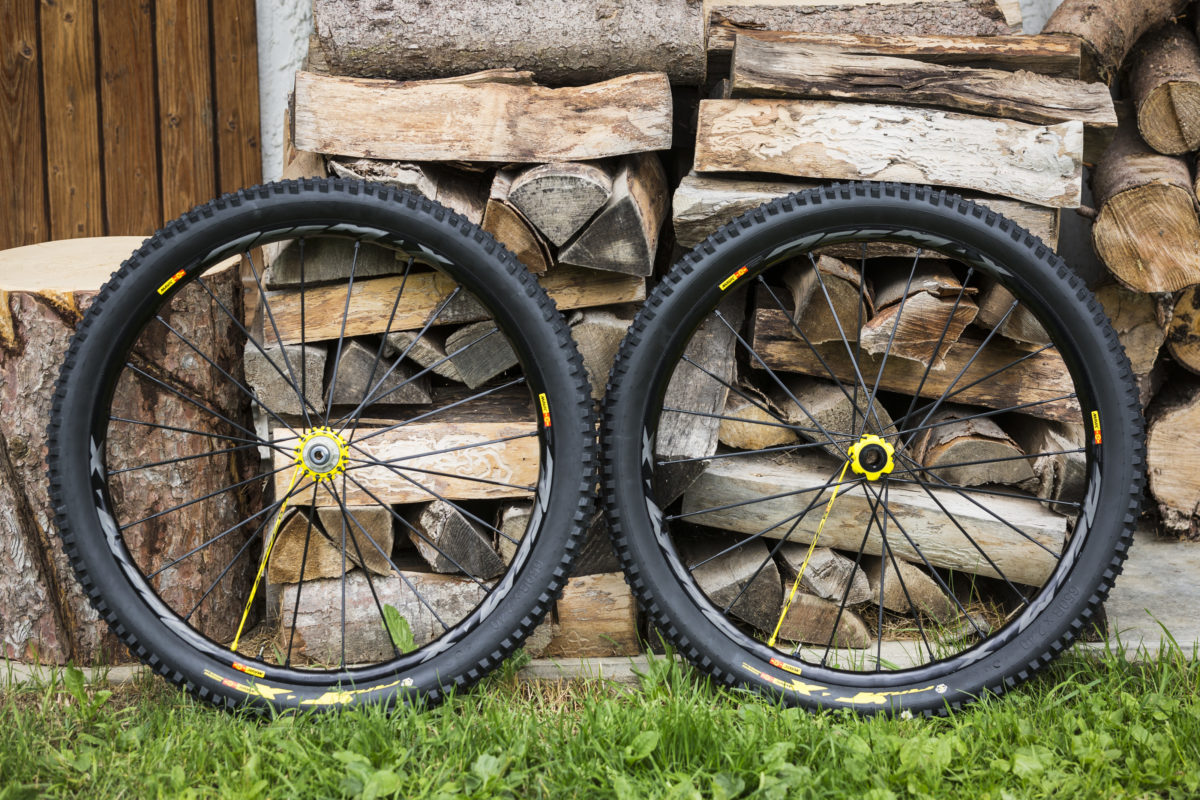 Most wheelsets use matching rims front and rear, but that’s not the case with the Mavic Deemax Pro. The front rim measures 28mm internally, while the rear is slightly narrower at 25mm. Mavic’s theory is that you want comfort and grip from your front wheel, and responsiveness from the rear. It makes sense to me as plenty of riders run wider tires in the front compared to the rear for the exact same reasons.