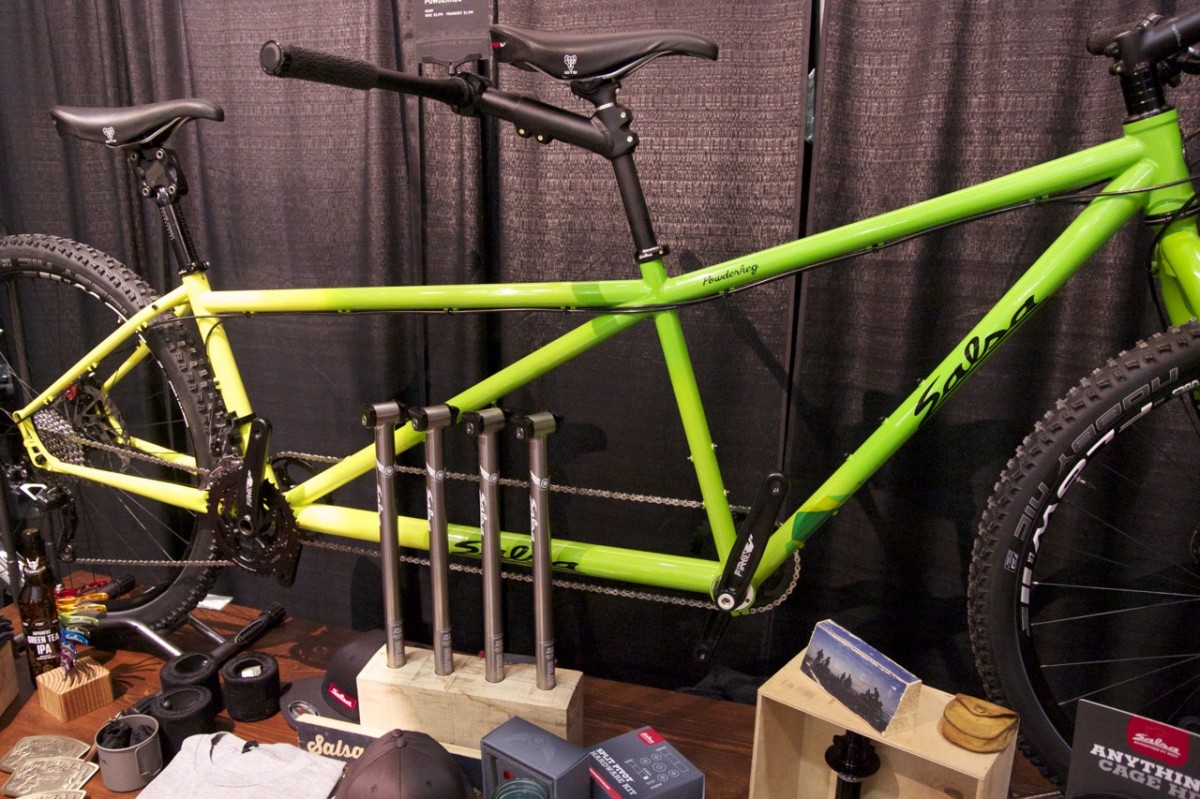 Salsa teased a tandem mountain bike way back in 2010 and on Saturday, the Powderkeg tandem was officially released at Frostbike. The bike is a 29er which uses the El Mariachi geometry as a starting point for the design.

The Powderkeg is built for adventure riding and is equipped to mount up to 9 water bottles! The rigid fork had to be specially designed to handle the added weight associated with a tandem and the standard build features dinner plate-sized 208mm disc rotors front and rear. And despite the oversize nature of this rig, the stock configuration weighs in around the low 40s which, divided between two riders, makes it a flyweight.

Salsa was testing prototypes of this bike for a long time before this weekend’s release and a duo even raced one in the Tour Divide. The 2016 model year bike will retail for $3,999 for the complete bike and $1,999 for the frame. 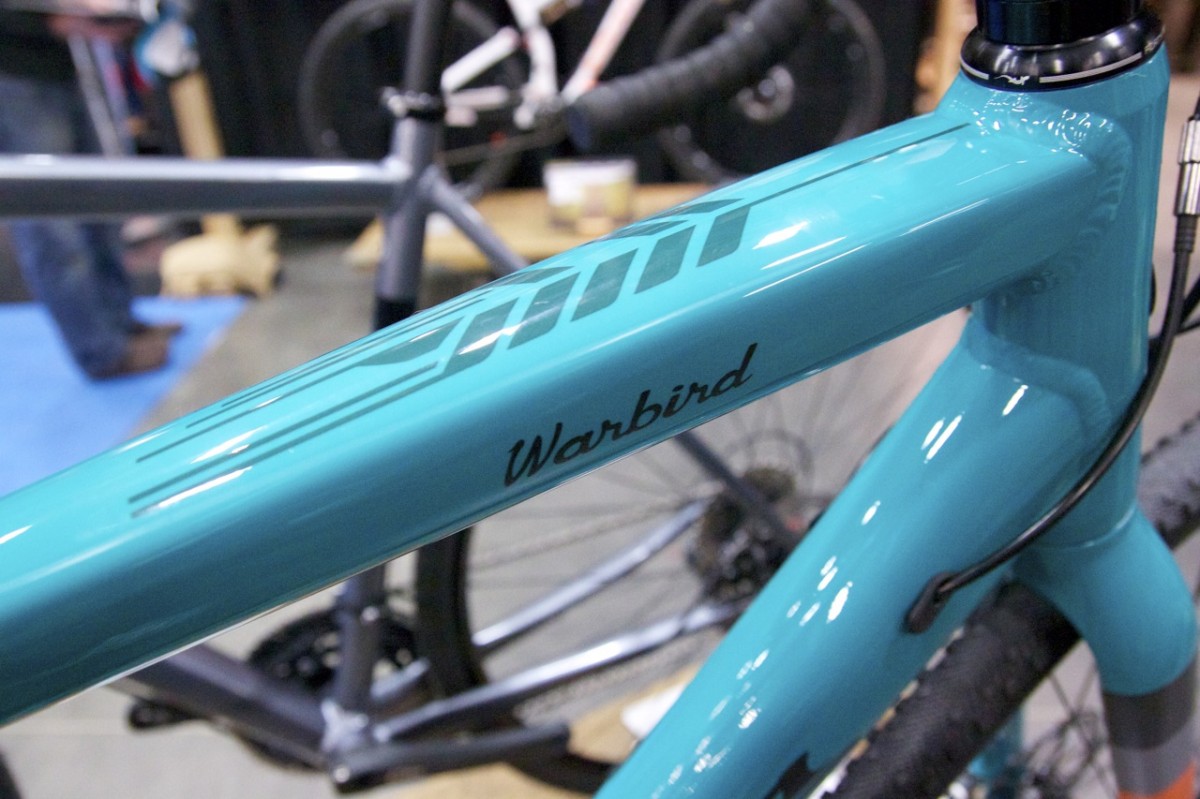 If you don’t live in the midwest you can be forgiven for not knowing about gravel grinding, but like cyclocross, this off road niche has really grown in popularity over the last few years thanks to high profile events like the Dirty Kanza. Many riders simply modify their cyclocross or even road and mountain bikes for gravel grinding in the winter but the Salsa Warbird claims to have been the first production bike specifically designed for the sport.

That means the Warbird can fit wider tires than most standard cyclocross bikes and the 2016 model year Warbird announced this weekend accepts up to 700×44 tires for the carbon version. Mountain bikers will also appreciate the hydraulic disc brakes and front and rear thru axles. 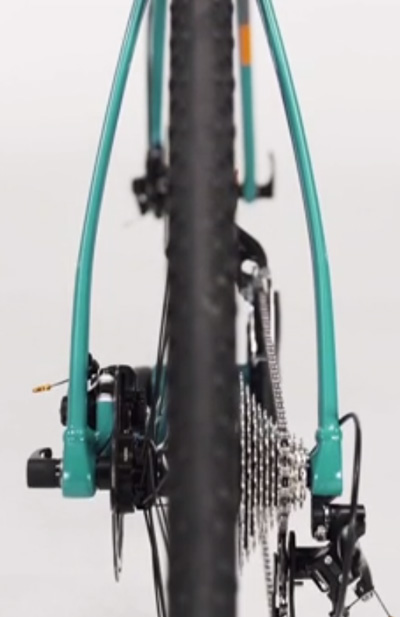 But perhaps the most interesting design feature is the redesigned seat stays with the Class 5 Vibration Reduction System (VRS). Essentially the seat stays are designed to flex to take the harshness out of riding chunky gravel mile after mile while remaining laterally stiff thanks to the rear thru axle and chainstay tube cross-section. Looking at the bike from the rear you can see the wishbone-like seat stays are bowed which helps smooth out the high frequency, small bump bounce associated with gravel riding. In testing, the team found the new design made both the aluminum and carbon Warbirds more compliant than the previous titanium version.

Cool rigs! I always think it’s interesting when someone claims to be the “first…” the Niner RLT is a purported gravel grinder and has been out for a couple of years now (RLT stands for “road less traveled”)

Right. Just to be clear, the Warbird isn’t a new bike… it’s just been pretty significantly updated. I honestly wasn’t familiar with the bike before seeing it this weekend but apparently it’s been around since about 2013. But yeah, I’ll just leave it to say Salsa claims to have been the first. 🙂