The Bike Noob posed an age-old question on his blog yesterday: What’s the difference between a mountain bike helmet and a road helmet? Well, obviously one often has a visor while the other doesn’t but there may be a bit more (or less) to it, depending on what you believe.

First off, let’s choose two comparable helmets to compare: I picked the Giro Pneumo Road helmet and the Giro E2 MTB helmet. Both are high end helmets from Giro with retail prices of $145 and $130, respectively. Right off the bat, you’ll notice the MTB helmet, visor and all, actually costs a bit less so it’s not as if Giro is attempting to overcharge mountain bikers for a “special” helmet. In fact, the E2 has more vents (24) versus the Pneumo (19) so in terms of features the E2 appears an better value at a lower price. Weight: 295g for the E2 and 290g for the Pneumo (what’s 5 grams, eh?). 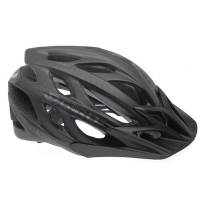 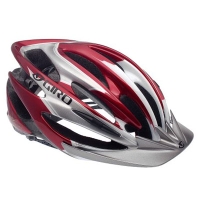 Oddly enough, in doing my research on the Giro helmets I found that the 2008 Pneumo (classified as a road helmet by Giro and retailers) actually DOES come with a visor. I’m not sure if this is a new development but I can tell you that I purchased a Pneumo a few years back and it did not come with a visor. In any event, most roadies will probably rip the visor off right out of the box because visors can severely limit your field of vision when you’re on the road (due to riding position, among other things). Visors are also huge wind sails on the road and any extra resistance is a big waste for pavement pounders.

So, it seems pretty clear why a road biker wouldn’t want a visor – but why do mountain bikers need ’em? Others may disagree but I think the main reason may have to do with fashion. Helmets with visors tend to look less like fat, round ladybugs and more like oversized baseball caps – a major selling point to “rebellious” mountain bikers who aren’t always keen to protecting their noggins. Over time we’ve tried to develop our own sense of two wheel fashion – ditching spandex for baggy shorts for example – and helmets seem to have followed this progression as well.

I’ve also heard it argued that helmet visors are actually useful for keeping the sun out of your eyes but I honestly don’t buy it. For one, I haven’t seen this in my own experience but I also don’t think mountain bikers are ever in a single position long enough for a visor to make a difference. Look at it this way: baseball players have bills on their caps to keep the sun out of their eyes when they’re in the outfield facing the same sun for long periods of time. When you’re on the bike you’re constantly moving your head and you’re often under tree cover. Perhaps a visor helps ease the transition on your eyes as you move from bright, open areas to darker, forested spots but for me, I’m not sure a visor is necessary.

Finally, there is some question as to the overall strength and durability of a road versus mountain helmet and unfortunately I don’t have a good answer here. As far as I can tell both styles of helmets are constructed to the same safety standards but road helmets just feel less bulky and therefore perhaps a bit less impact resistant. I can say that I ride with a road helmet on the trails and I trust that it will protect me just as well as a mountain helmet – plus I get the added benefit of a sleeker, lighter lid.

If you ask me there doesn’t seem to be a big conspiracy by helmet manufacturers to fleece unsuspecting mountain bikers by selling overpriced, repackaged gear – in fact, it seems like we’re getting the better deal. Just keep in mind that you don’t need two different helmets if you ride on the road and the trail – just pick the one you like and make sure you wear it!