Earlier this month we sent our man on the street, Chris B, to Outdoor Retailer in Salt Lake City to check out the latest camping, hiking, and trail running gear. Little did we know he’d get the scoop on new mountain bike stuff almost 2 months ahead of Interbike!

Last year at Interbike element22 and I were pretty impressed with the innovations from Camelbak (flow meter, freeride packs, etc.) and it looks like this year there’s more cool stuff on tap. For starters, some of the new hydration packs place the bladder closer to (or in?) the waist belt to shift weight from the back to the hips. This makes sense in theory, though we’ll definitely need a hands-on to see how this translates on the bike. 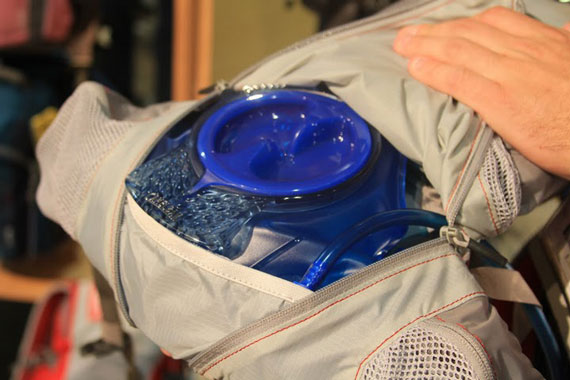 Hydration bag screw caps are also getting an update and Chris B says the new caps are like the gas cap on a car – one turn and they’re screwed on. I know I’ve been frustrated with hydration pack screw caps on more than one occasion, recently soaking my full pack (with camera inside) overnight before a ride. There’s gotta be a better way and it sounds like Camelbak may have found it.

New bike racks from Inno. So new, in fact, the reps told Chris B they didn’t have any info on the racks pictured because “they’re not done with them yet.” Can’t tell much from the pic below so we’ll try to get more info at Interbike. 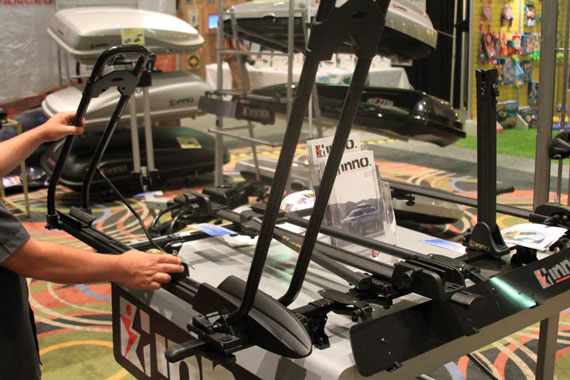 We’ve been singing the praises of the Osprey hydration packs that were introduced this year and for 2011 the company is diving even deeper into the bike scene. The Momentum (yellow pack in photo below) is geared toward commuters, though urban mountain bikers will love the hydration compatibility, LidLock helmet attachment, and U-lock pocket. This pack is so new there isn’t any info on Osprey’s website or in the pamphlets they were handing out. 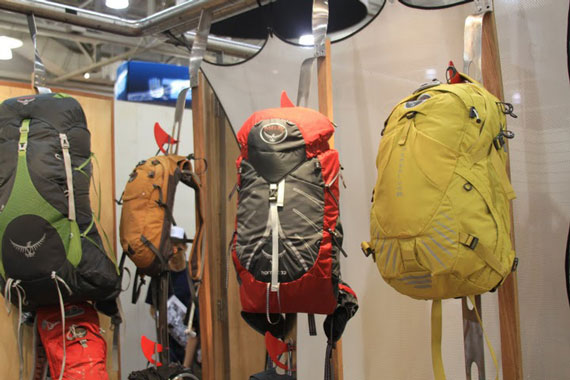 Chris B says Thule didn’t really have much new stuff but these racks do look pretty sleek. Almost makes me want to drive around with a road bike on my car. Almost. 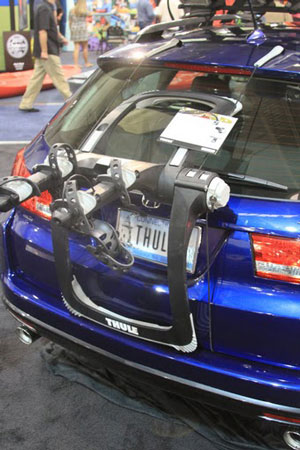 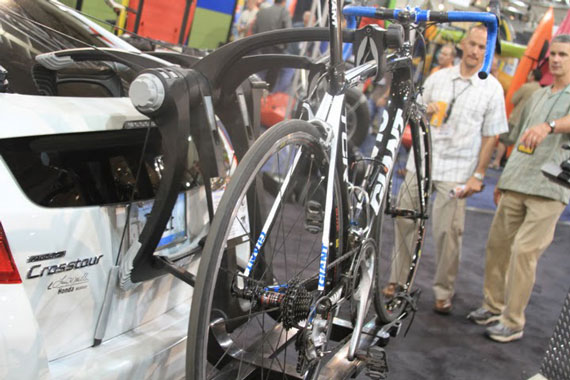 Stanley has been making insulated water bottles and coolers for a long time but they’ve recently developed a water bottle that supposedly keeps carbonated drinks fizzy on your ride. Sure, a nice cold Coke would be refreshing mid-ride but it seems to us the real purpose of this bottle is to keep beer from going flat. We know, drinking and riding is illegal BUT there’s nothing that says you can’t enjoy a beer once you get to your destination. 🙂 Not sure how this works on super bumpy stuff, we’ll need to test this one as well.. 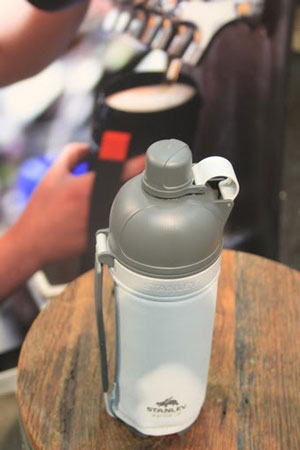 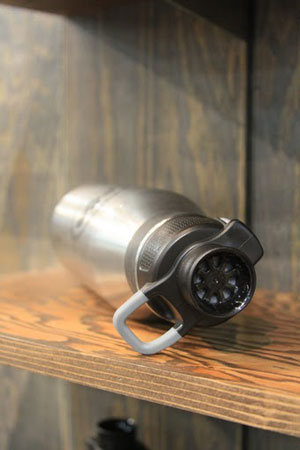 element22 and I are getting stoked for Interbike and are already making appointments to see the latest stuff. Let us know what you’d like to see covered and we’ll do our best at the show in September!