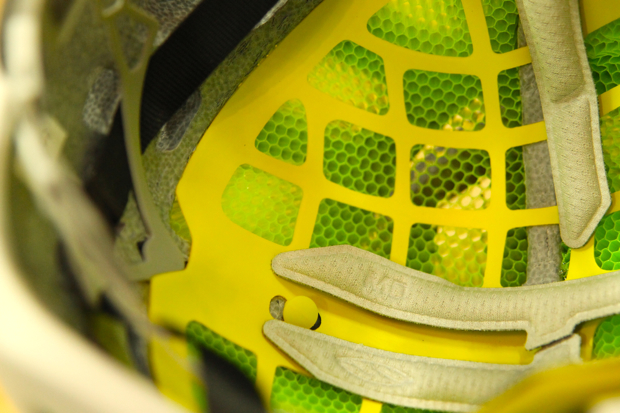 It’s a good time for athlete’s heads, no matter what sport they play. Finally, after decades of primitive helmet technology, and wrapping our heads with nothing more than contoured styrofoam, the past few years have been a major improvement in proper protective equipment.

On an international level, American football has captured the attention of scientists, potential players, and parents. Concussion awareness has spread rapidly, and even the current and prior US presidents admitted that they’d be wary of their children playing football because of the risk and prevalence of concussions.

Mainstream concussion awareness has trickled down into nearly every sport now with a huge emphasis on outdoor sports like mountain biking. Most of us are familiar with MIPS, as it’s been the most popular rotational impact system available. Mountain bikers may be less familiar with other systems designed to reduce the risk of concussion like WaveCel, Turbine 360, LDL, and SPIN.

All of the following technologies were developed to reduce the likelihood of head trauma due to rotational forces of impact. At a high level, when a rider’s head is hit from an angle and gets knocked to the side or twisted, the brain sloshes inside the skull, potentially leading to serious damage.

Here are seven of the most widely used rotational helmet technologies, some which may be more familiar than others, all with a similar intent – to help us ride longer.

If anyone hasn’t heard of MIPS, then they’ve been living under a shell, and I don’t mean a hard shell helmet, because there’s a good chance it would have MIPS.

MIPS looks like a yellow plastic sheet that goes between the helmet’s interior padding and the exterior shell.

MIPS was developed in Sweden in 1996 and has been studied and researched countless times regarding the rotational impact protection the system provides. It has become the standard when anyone talks about rotational force reduction from angled impacts.

MIPS works by way of a low friction layer that lets the helmet move 10-15mm (about a half-inch) in any direction from an impact. The technology is solely designed to reduce rotational impact and does nothing to slow linear acceleration.

MIPS, however, makes it known that rotational impact is where protection matters. Most accidents are angled or oblique impacts, rather than direct hits.

“… in standard helmet tests the helmet is dropped vertically onto a flat surface,” reads a line on the MIPS website. “The results are helpful for measuring precise vertical impacts, but far inferior for measuring the more realistic scenario of an angled impact.”

MIPS is not a helmet brand, but its technology is licensed to several different brands for use in their helmets. The system is incorporated in hockey, football, snow sports, and even military helmets.

It’s important to know that there is a licensing fee for helmet brands to use MIPS. This could be why some brands choose to develop their own technology instead. I reached out to MIPS to find out more. Max Strandwitz had this to say:

“Yes we do charge a license fee to brands for the right to use our brand, technology, patents, and marketing material. Reasons for brands developing their own systems is difficult for us to answer. Indeed if they do that they do not need to pay a licensee fee but instead they need to pay for an organization that can replicate what we are doing in terms of development of the technique, implementing in helmets for mass production, marketing, research etc. Bear in mind that we have now done more than 23,000 tests and it took us 20 years to become profitable, so it is not that easy.”

I asked how much the licensing fee costs, but MIPS didn’t reply before publication.

Probably all of us are familiar with Fox, but their partnership with Fluid Inside might be new news. The technology is present in the new Rampage Pro Carbon helmet. Fluid Inside is a helmet impact technology with peer-reviewed research that incorporates both rotational and linear impact management.

Fluid Inside is said to decrease the risk of brain injury by mimicking cerebrospinal fluid (CSF), which will independently and simultaneously manage rotational and linear energy that causes concussions. “Research has shown that unless a helmet’s impact absorbing materials have a shear value as low as CSF they are less effective at managing impact energy to the brain,” says Fox.

Fluid Inside says that their technology is backed by more than 100 scientific publications and more than 250 scientific presentations on sport-induced head injuries.

Fluid “floats” the helmet so that the Fluid pods inside act like CSF and manage acting forces on soft brain tissue regardless of the impact variables.

Upon impact, the foam compresses to provide low linear impact protection, and at the same time, low-shear fluid is dispersed throughout the pod. This creates a low-shear plane that provides rotational force protection.

Each Fluid Inside pod is 3-4mm thick and consists of a thermoplastic urethane membrane that houses a foam, low-viscosity fluid. The foam has enough fluid to allow it to float freely inside the pod, mimicking the way the brain floats in CSF.

POC’s SPIN (Shearing Pad INside) technology was so unique when it debuted that it won the Design and Innovation Award in 2018, a selective award in the bike industry that recognizes the most innovative and groundbreaking products.

SPIN, like Fluid Inside is comprised of individual pads placed strategically around the inside of the helmet, but rather than fluid, the SPIN pads have silicone gel inside of them.

Upon impact, the SPIN pads shear or slide, to displace rotational force. Rotational force is the key reasoning behind the way SPIN pads work. However, nothing is claimed in regards to slowing linear acceleration or direct impact on the helmet.

Leatt debuted their helmet protection system, 360° Turbine Technology in 2016. The Leatt Turbines are small rubber-like, turbine-shaped circles, again, placed strategically around the interior of the helmet, resting against the rider’s head.

The Turbines protect against linear acceleration and become more firm as they are compressed. The spoke of blade-shaped pieces on the inside stretch if the helmet is impacted from an oblique angle to slow rotational forces.

Daniel Plant developed the shock-absorbing “smart material” Armourgel. Not only is it used in sports protection, Armourgel is used in protective clothing for the elderly to help prevent hip injuries.

The material detects impact stress when it hits another surface and hardens to absorb the impact energy before returning to a flexy state. This means it can sustain multiple impacts. While the wheel of the Turbine hardens to slow linear impact, the “spokes” or “blades” stay flexy to move along in a plane and displace rotational energy.

Kali has also turned to the Armourgel material for use in their helmets. The Armourgel, described above is shaped and placed differently than it is in the Leatt helmets, but the idea is the same and protects from linear and rotational impact forces.

Kali claims that the material inside the helmet reduces rotational impact forces up to 25% and low-G linear forces up to 30%. They started using the LDL system in 2012.

The shape is similar to a Lego block. The knobs harden as they compress, but they also move side to side to displace rotational energy. The knobs appear to be short though, and the amount of side to side movement isn’t stated. 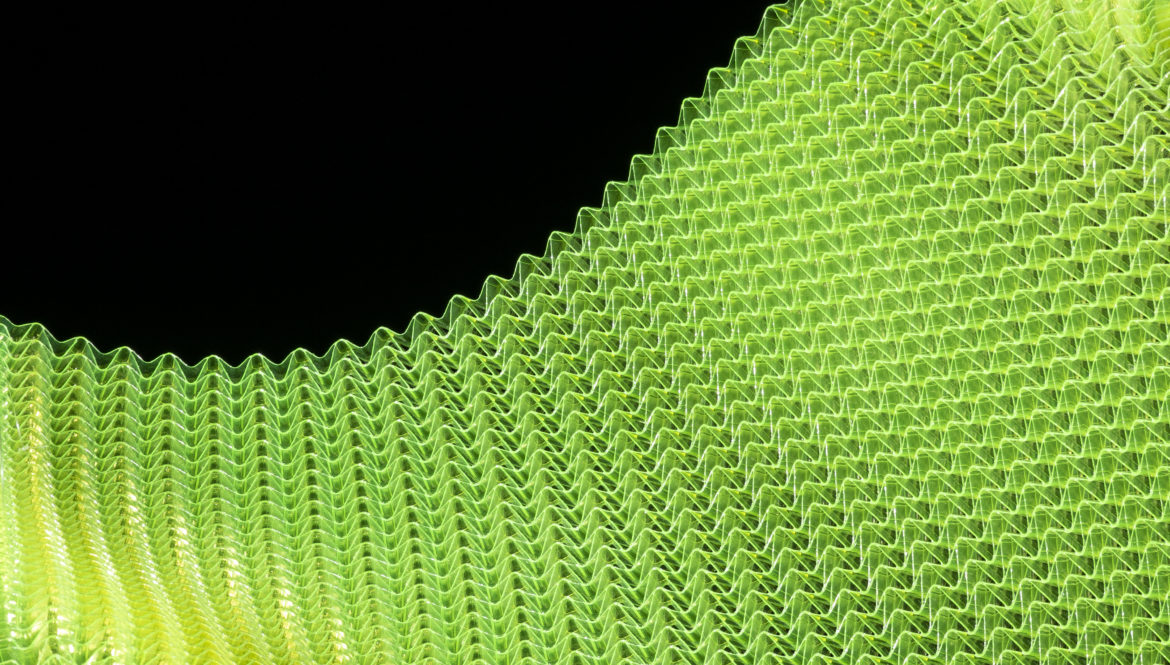 WaveCel is one of the newest bike helmet technologies in the game and has stirred up controversy with their debut and initial claims. The material, a collapsible cell structure made by Bontrager, acts in three phases. WaveCel will first flex to reduce frictional forces, crumple to slow linear forces, and then glide to mitigate rotational forces.

WaveCel is very unique compared to any other helmet material and the claims — backed by Bontrager-funded testing, were big too. WaveCel claims that the helmet technology is 48 times more effective at preventing concussions than other helmets. 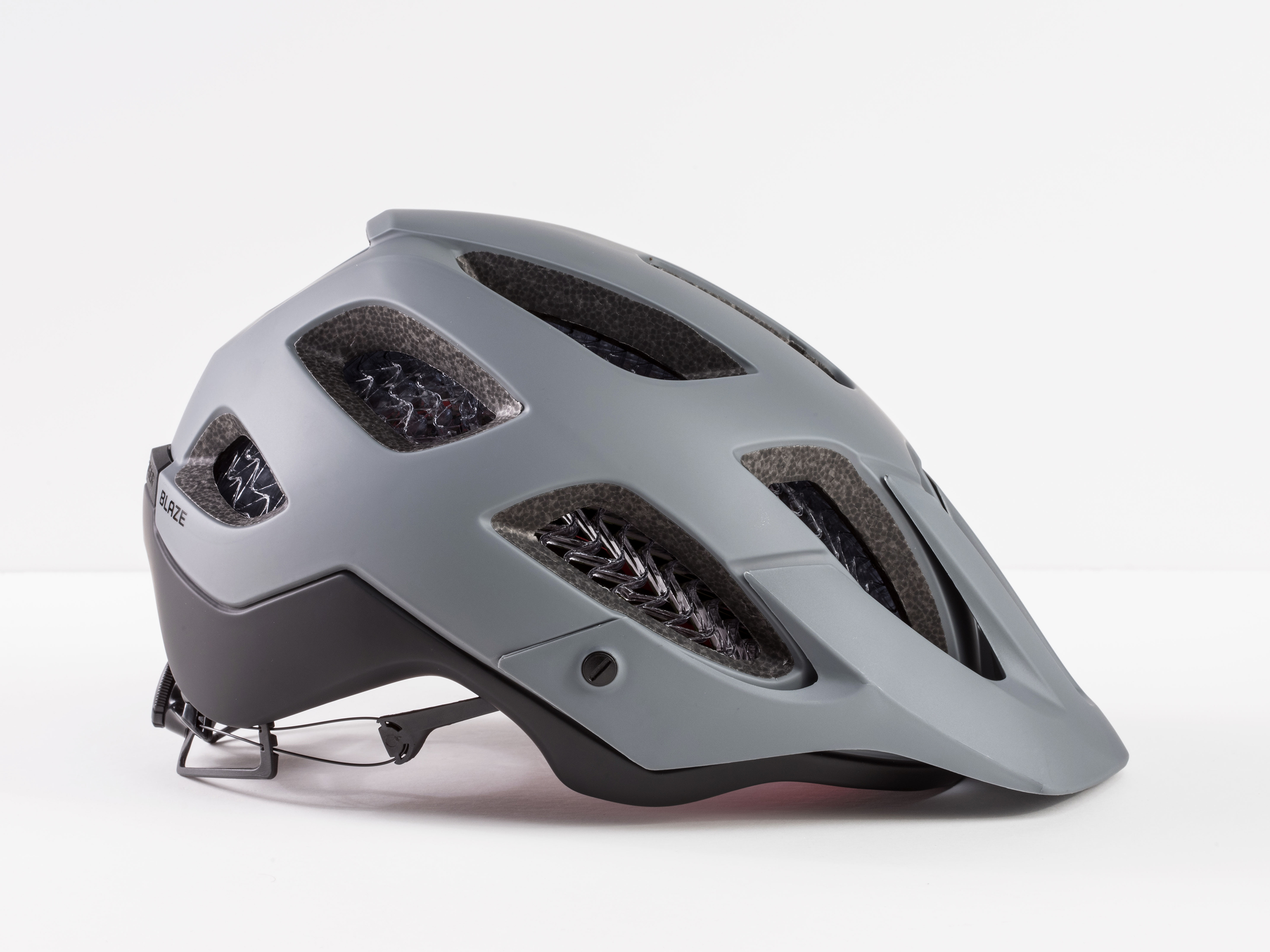 MIPS and Koroyd quickly rebutted the WaveCel claims. MIPS said that their preliminary testing of WaveCel did not produce the claimed results and that they would publish their final findings later.

It will be interesting to see what kind of results MIPS comes up with on WaveCel, but the WaveCel material does look like a very unique technology and one that seeks to mitigate both rotational and linear forces, which is great.

The green tubular material known as Koroyd almost looks like a piece of honeycomb from another planet. Koroyd is a lightweight material comprised of straw-like, co-polymer, dual-core tubes that are thermo-welded together. The outer-core is for thermo-welding, which holds the tubes together. The inner-cores have impact-absorbing properties. The material has been popularized by use in Smith helmets but is equipped on other brands now, like Endura.

If the helmet is impacted, the tubes crumple in a consistent and predictable manner and disperse the force amongst other tubes to slow linear acceleration. Koroyd says that the material will absorb 48x more impact than a traditional EPS foam lined helmet, and it’s said to crumple and compress more predictably than foam.

Koroyd is also said to reduce rotational motion as a by-product of the way the material works, and the company claims the tech “is also able to reduce the rotating motion which your brain could endure as a result of an angled impact.” However, it’s important to note that in helmets like the Smith Forefront 2 that use Koroyd, a MIPS liner is still offered, which may suggest Koroyd does not offer sufficient rotational protection by itself. An alternative explanation is that Smith is being extra safe by including multiple rotational reduction features that work in different ways. 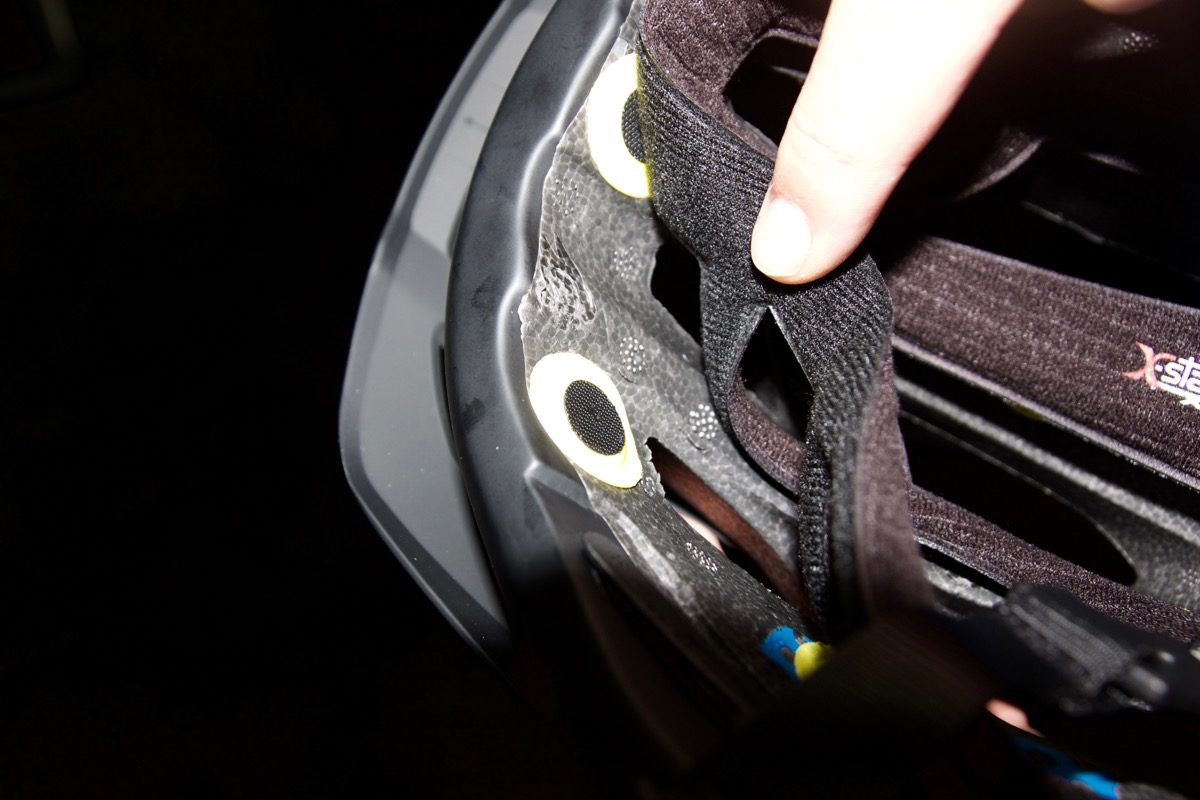 Helmet and optics company SHRED. has another take on the individually placed pods, or in their case dots or discs to reduce rotational energy.

The black dot in the photo floats over the yellow disc to translate rotational energy on angled impacts. They are basically tiny, little discs. It is probably the most low profile answer for a rotational force reduction system out of any of the helmets and the RES discs don’t add much weight, according to SHRED.

The discs, like the POC SPIN pads or Leatt Turbines are individually placed in strategic spots inside the helmet, and they all move multi-directionally and independently of each other.

The RES tech doesn’t seem to add a lot of cost either, and the brand’s half-shell helmets are all under $150.

It might get confusing looking through different helmets and available protection options, but a helmet’s purpose is pretty simple. The outer shell protects from a skull fracture, and the inner components protect from concussions and head trauma in one way or another.

Reading through all the available options, it seems like the best helmet is one that provides protection against both linear impact and rotational force, like a Smith helmet with MIPS and Koroyd, or a Leatt helmet with Turbine 360, or a new WaveCel helmet by Bontrager.

Of course, it’s easy to be skeptical about the science since most of the studies are funded and completed by the developing brand. In either case, it’s doubtful that these companies are wasting their own time and resources developing technology that doesn’t work.

Ultimately, it’s on all of us to decide which helmet we trust the most, and how much we actually care about the proper protection.

It’s funny how helmet technology changes.. first it was make the hemet more immobile on the head, now its add some mobility back…

I wonder how all these technologies would compare in these tests to just loosening the fit system a bit to allow a small amount of helmet rotation with oblique impacts?