Things were a little hectic at Interbike last week but somehow we still managed to push out more than 20 posts – and there’s more where that came from! Look for posts covering Pivot, Scott, Niner, Hydrapak, THE, Straitline, ITS, Bike Armor, and an interview with Leadville 100 women’s winner Rebecca Rusch later this week. 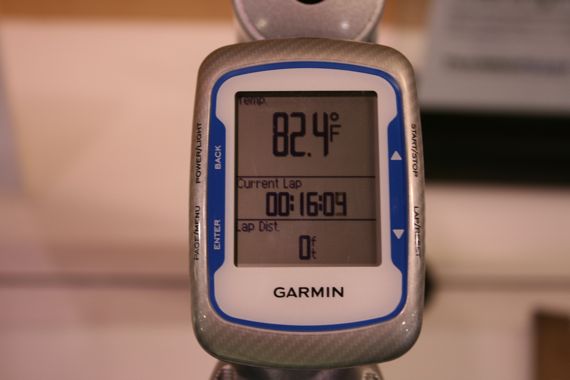 New cycling GPS from Garmin. The Edge 500 seems like it’s mostly a roadie GPS but it does have some cool features and sports a smaller enclosure than the Edge X05 units. Aside from the regular speed/distance/elevation stuff, the Edge 500 also tracks temperature and has a built in alert that warns you if you’re moving but the timer is off (I could certainly use this). The Edge 500 features ANT+ which means it’s heart rate monitor and power meter compatible. 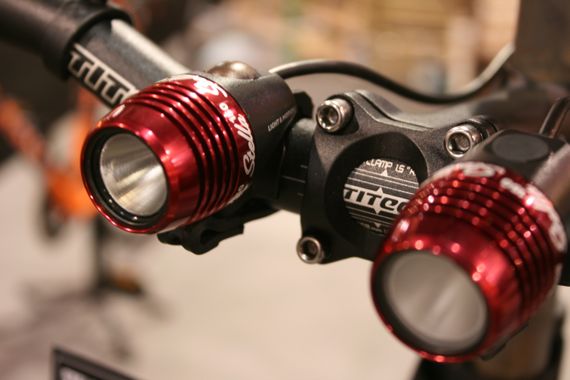 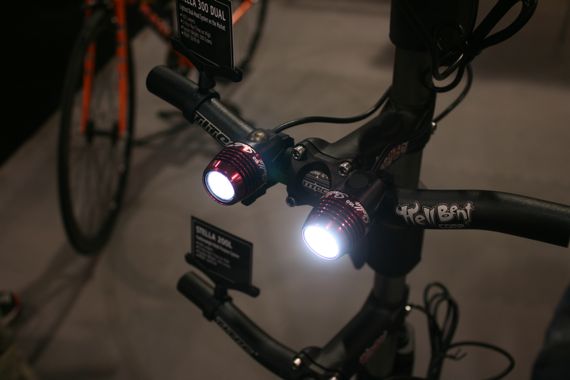 Stella 300 light system. This two light system from Light & Motion is lightweight and gives you both a spot and flood light in one package. The Stella 300 is all about the threes: 3 hours of battery life, retails for $300, weighs 300 grams, and packs 300 (total) lumens of light. Now, guess how long it takes to charge? Trick question, it takes 5 hours (but that’s still pretty darn fast!). 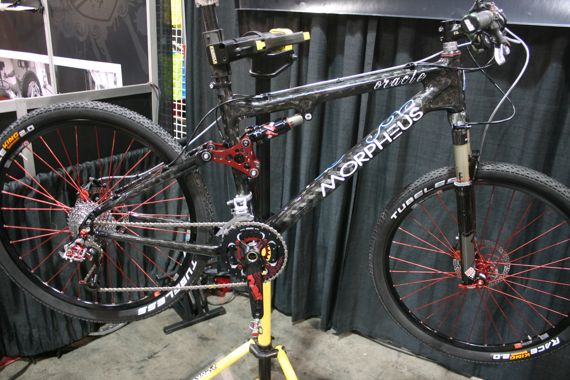 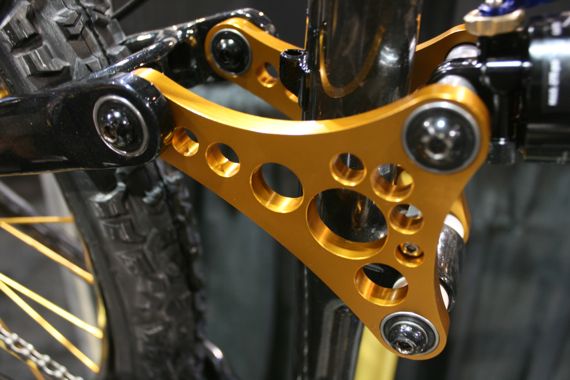 Introducing Morpheus carbon mountain bikes. This is a brand that just launched this year with some beautiful carbon mountain bikes. Like most companies, Morpheus sources its frame construction from Asia BUT parts like linkages are machined right here in the USA. This means super tight tolerances and beautiful machine work. The carbon fiber and paint are impeccable as well – these bikes are almost too pretty to ride 🙂 This year Morpheus is offering a FS rig called the Oracle and a hardtail called the Cyclops. 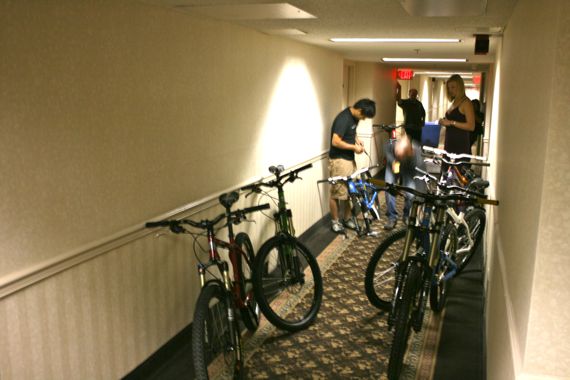 Cove mountain bikes. At Interbike you see a lot of cool stuff but you don’t expect to see it in the hallway outside your hotel room. The guys from Cove were doing some last minute assembly on Wednesday morning when we snapped this pic. I’m thinking someone was sleeping with bikes in his bed the night before 🙂 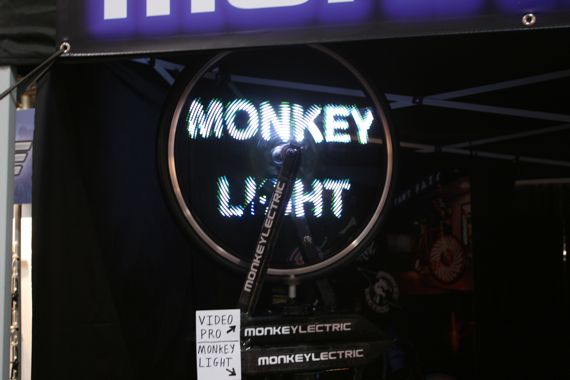 Monkey light – how’d they do that? Ok, so this isn’t something you’ll ever see on the mountain bike trail (I hope) but it sorta blew my mind. Keep in mind that the words you’re seeing are illuminated on the spokes of a wheel that is spinning. I didn’t get the lowdown on how this works but it certainly seems high tech for bike bling.