Santa Cruz has been unbelievably hot this year, with some awesome product releases, along with dropping the prices on their carbon frames thanks to a new manufacturing process. While we’ve kept you posted on the latest here on the Singletracks blog throughout the year, and will continue to do so, it was still great to spend some time at the Santa Cruz and Juliana booths to Ogle these gorgeous bikes: 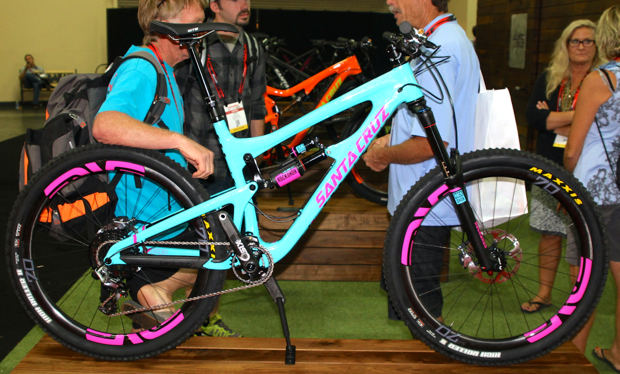 The new carbon Nomad 27.5 has seemingly become the flagship of Santa Cruz’s lineup. The guy in the background was kind enough to stand there all day holding the bike up so us lowly journalists could take pictures.

The Nomad sports 165mm of travel with RockShox suspension front and rear, a SRAM XX1 drivetrain, and Enve wheels. 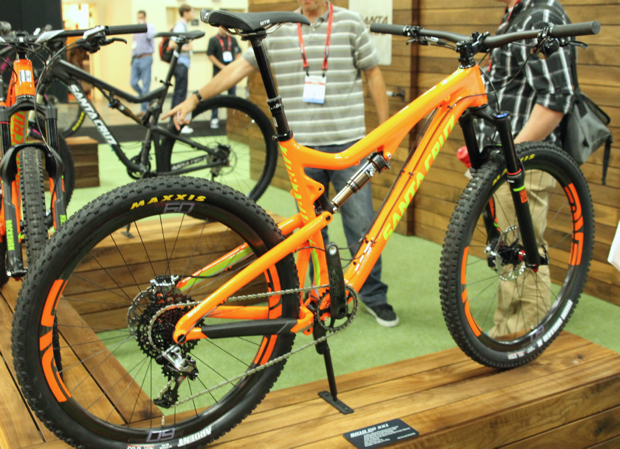 The 5010 CC XX1 pictured above takes care of all the shorter-travel 27.5 needs with 125mm of rear travel and 130mm of front travel. This top-of-the-line build sports a Pike, XX1 drivetrain, ENVE wheels, and tips the scales at a scant 25.2lbs. However, you’ll need to drop 10,299 bones to bring this bike home. 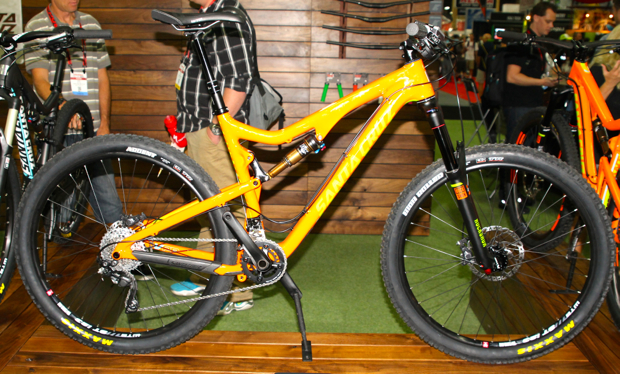 However, you can take home the same frame and essentially the same suspension with a much more reasonable build kit for just $4,699. All that for less than 50% the cost? Count me in! 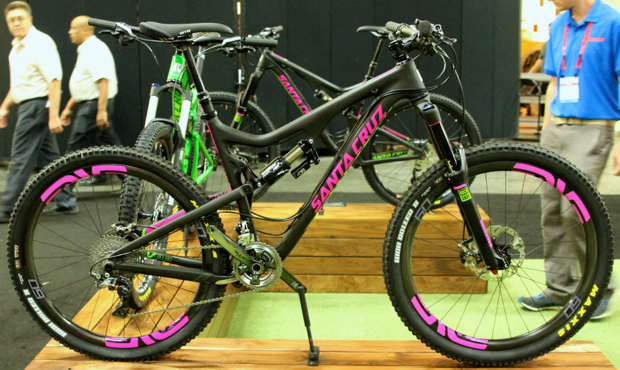 This top-of-the-line Bronson CC XTR features 150mm of suspension front and back delivered by a combination of the RockShox Pike and the Cane Creek DBair (new for this year compared to last year’s Fox CTD shock). This 26.5-pound wonder bike is also built with mechanical Shimano XTR and Enve wheels and retails for $11,099. However, like the other models in Santa Cruz’s lineup, you can score the same carbon frame with an affordable build kit for much, much less, and you can even go aluminum if that’s more your speed. 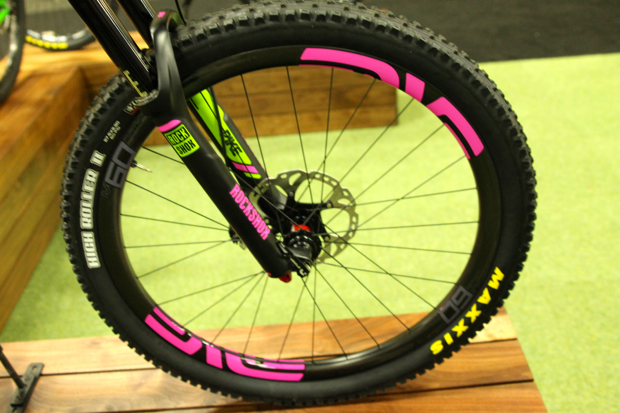 Note the matching Enve wheel graphics and RockShox graphics, which correspond with the frame. This theme, particularly with the Enve wheels, was repeated on every top-tier model in the Santa Cruz and Juliana booths, and we even saw it cropping up in a whole host of other expo booths as well. 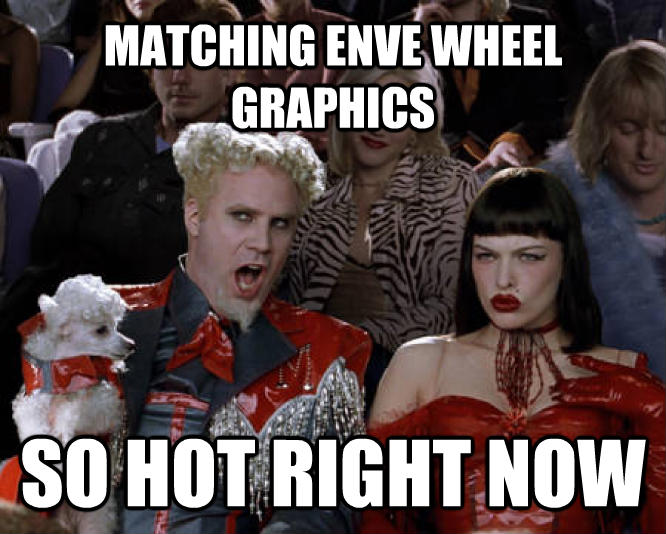 New for this year from Santa Cruz are a line of carbon bars and lock on grips: 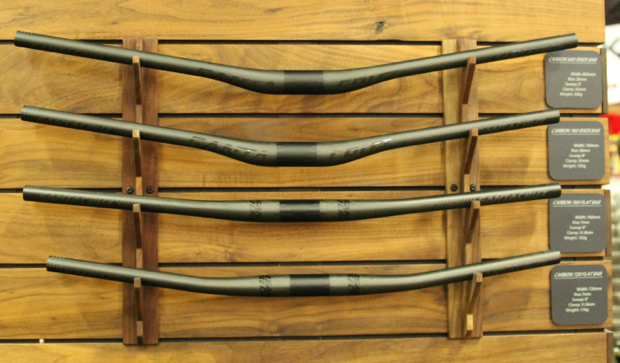 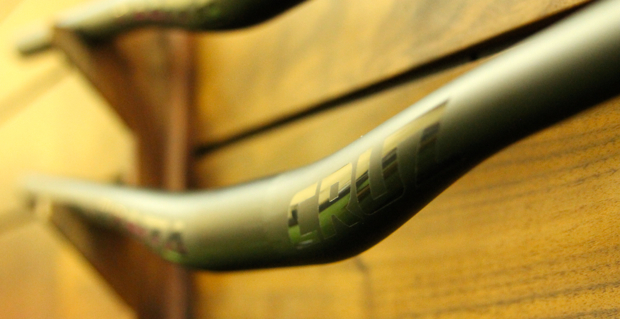 With absurdly-low weights and a variety of flavors, these bars would look good on any bike–not just a Santa Cruz! 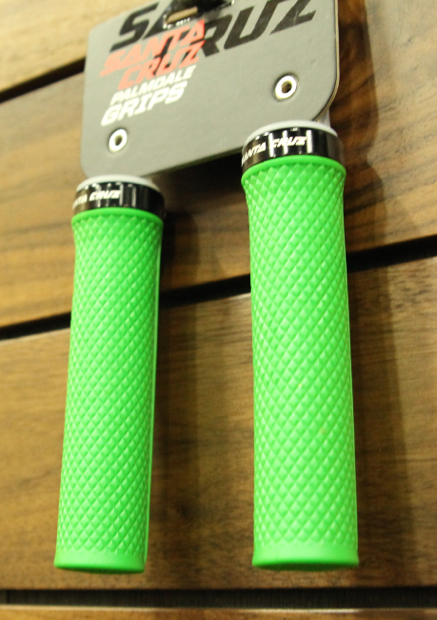 The grips are available in classic colors like black and white as well as some more subdued tones, but they’re also available in a wide array of loud neon colors too. 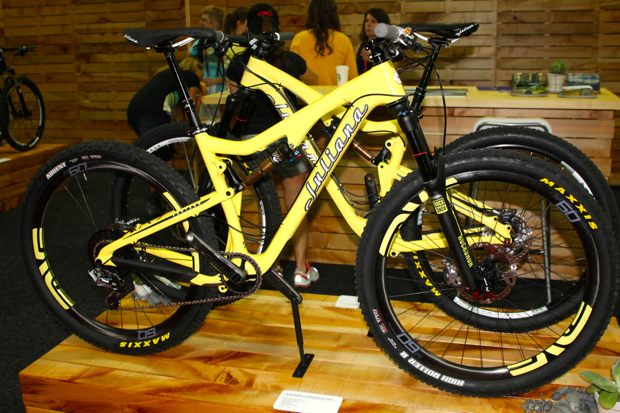 This Juliana Furtado CC XX1 really caught my eye. Essentially this is the feminine version of the Santa Cruz 5010, with a carbon frame, 130mm of front travel and 125mm of rear travel, courtesy of a RockShox Pike and Fox CTD shock. Sporting 27.5″ Enve wheels and a SRAM XX1 drivetrain, this rig weighs in at a reported 29.2lbs and retails for $10,199.

No word on why the reported weight is so much more–a full 4 pounds more–than the 5010’s. I’d be willing to bet someone didn’t proofread their info cards and hit the wrong number on the keyboard. Pinkbike reports a lower-level Furtado weighing in at 27.81lbs, again supporting my theory that the info placard is just plain wrong. 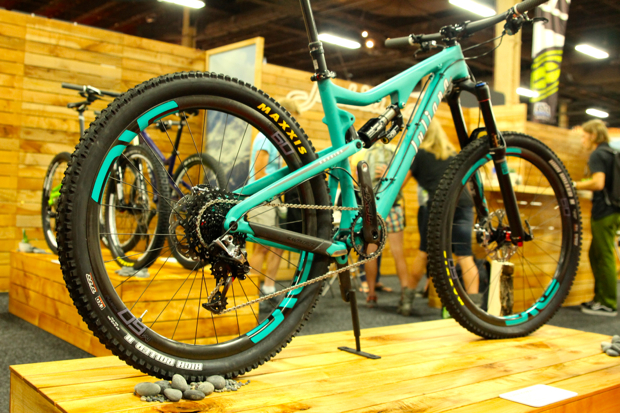 Juliana also had a really hot Bronson clone on display: the Roubion CC XX1. The Roubion features 150mm of travel front and rear, courtesy of the RockShox Pike fork and Cane Creek DBair shock. The rig pictured above sports a SRAM XX1 drivetrain and Enve wheels, weighing in at 25.8lbs and retailing for a cool $10,499.