Raleigh is improving and expanding its mountain bike lineup as it heads into 2014. Two 27.5in bikes join the lineup, and the Talus 29er sees improvements. 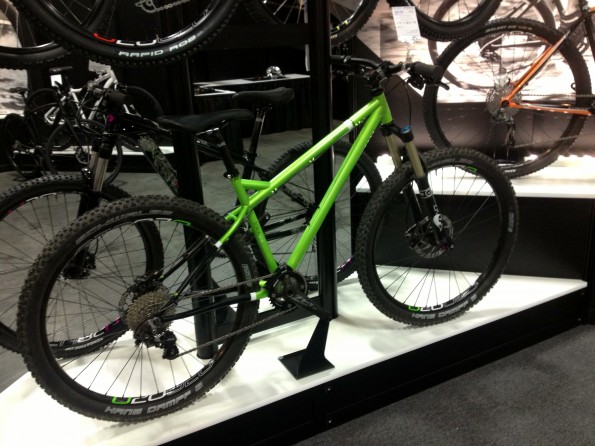 The new 27.5in-wheeled Tokul joins the Raleigh lineup, and expands Raleigh’s appeal as their first all-mountain hardtail offering. The Tokul features a solid 4130 Chromoly steel frame, slack geometry, a 130mm fork, and a Shimano Zee drivetrain. Component spec varies depending on the build, with prices ranging from only $600-$1,850. 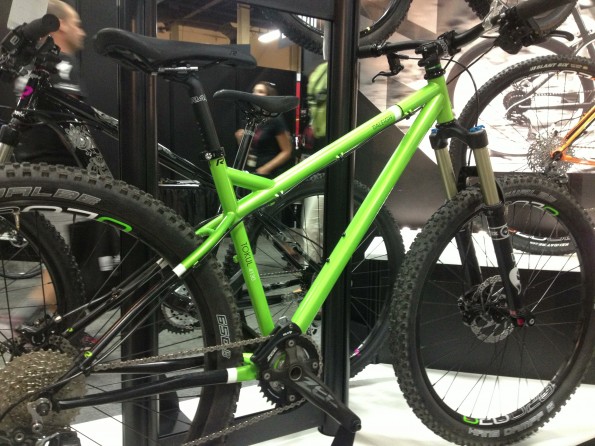 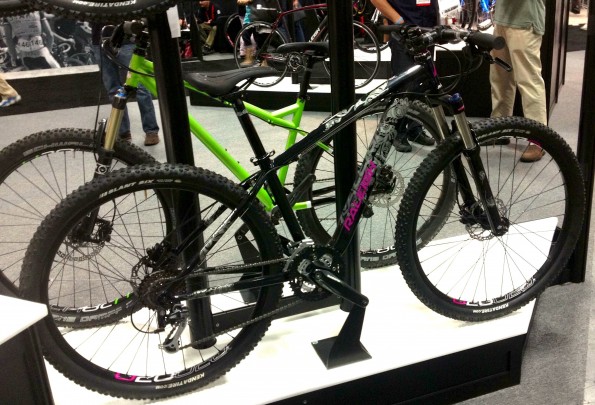 While aggressive all-mountain bikes are one of the major applications for 27.5in wheels, smaller-sized women’s-specific frames which can’t feasibly incorporate 29in wheels are another viable use. The new Eva 27.5 aluminum hardtail bikes do exactly that, with four different build kits available. The nicer builds feature Shimano Deore drivetrains, and all of the builds feature 100mm of front suspension and some women’s-specific component selection. Prices range from $550-$1,100. 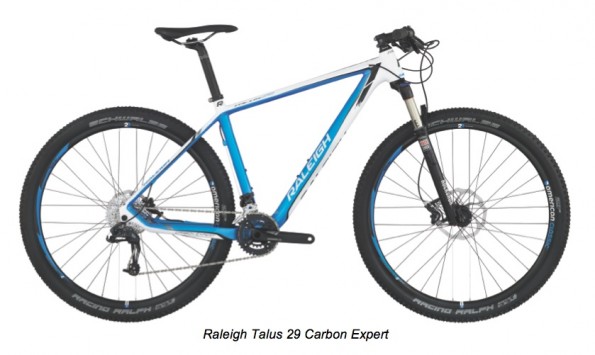 The Talus 29ers have been updated for 2014, and all of the bikes have lost weight. According to Raleigh:

Kudos to ole’ Raleigh for makin’ a effort to make a comeback into the light and fast xc scene. Nice looking bikes.