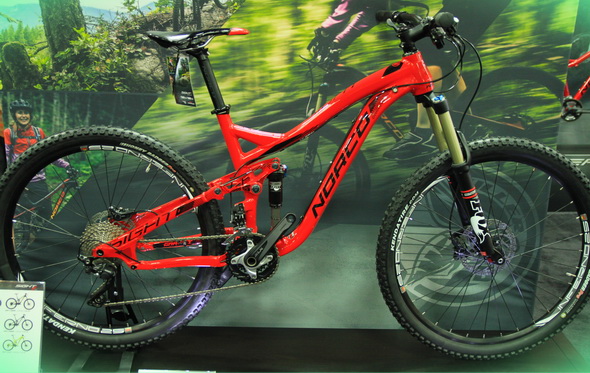 As a Canadian, nothing makes me feel better than seeing a Canadian company thrive. Well, Norco has been at it since 1964, and have gone from making about 10 bikes a day to now being known as one of the biggest bike manufacturers in Canada.

Not one to sit still, Norco has shaken up their line up this year with some hot rides! 2013 is the year of carbon and the bigger wheels. Nearly all the bikes in Norco’s stable include one or the other, or both. 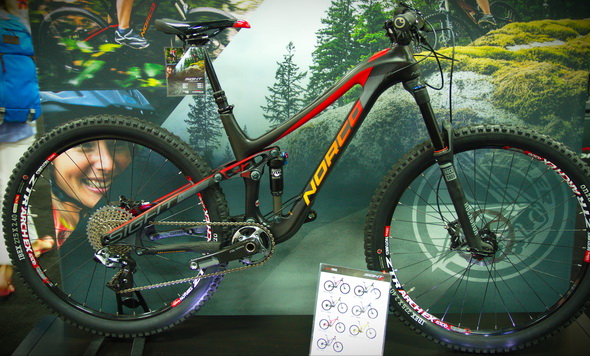 In fact, above is an excellent example: the first two images are the Sight 650b. Both bikes are super sexy with top-notch parts appropriate for their build levels. The Sight LE is just outta this world, with a build that features XX1 as the drive train, a Fox CTD rear shock, and a Rockshox Revelation RCT3 front fork. Stan’s ZTR Arch EX rims laced to DT 350 hubs round out the rollers. All said and done, you’re looking at a 140mm travel bike that comes in at about 25.5lbs. 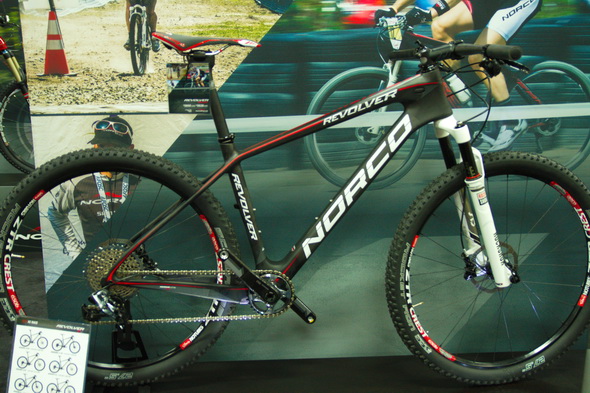 For those of you who want a fast XC rig without the complication, stop and stare. The Revolver HT 7 might be it. Talk about sexy! This ride just looks fast, with an XX1 drivetrain, XO brakes, Easton carbon bars/post, and other go-fast goodies! At present, the Revolver frameset is the lightest, stiffest Norco has ever produced. 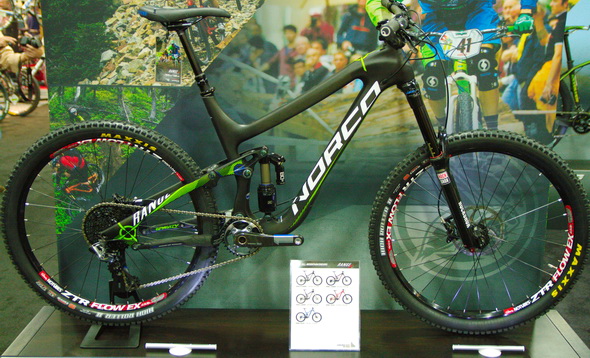 My personal favorite bike from the Norco stable sits mere millimeters above this print: the Range 650b! Talk about loaded: XX1 drivetrain, XO trail brakes, CaneCreek DBair XV CS (extra volume, climb switch) rear shock, Rock Shox PIKE RCT fork, Rock Shox Reverb seat post, SixC bars from Raceface, Atlas stem, and a WTB Volt saddle. I am in love. The only problem I see is the $7,345 price tag to pick one up… I didn’t have enough cash in my wallet at the time of the show. 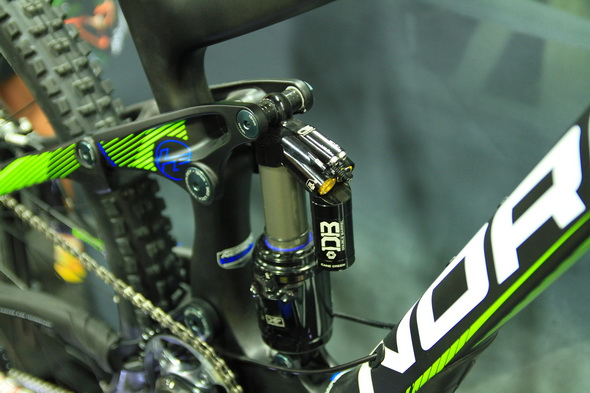 As you can see, the cabling exiting the frame is taken care of neatly with grommets preventing rub. The CC DBAir XV CS can be seen clearly here. 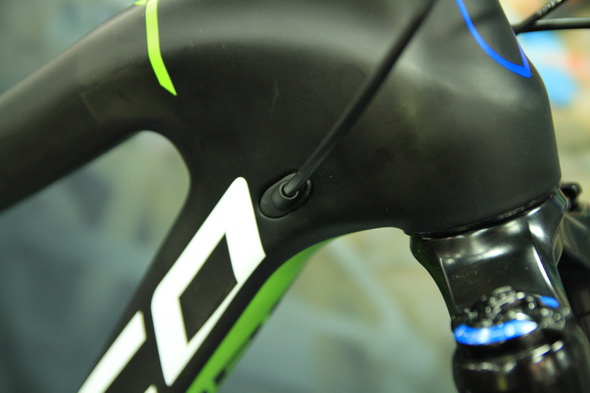 The smooth UD carbon has a near-flawless finish, and the lines flow nicely from the tapered headtube to the rest of the frameset. The 66.5 degree head angle and 73.5 seat angle sets this bike up as a ride that can go up and down fast. 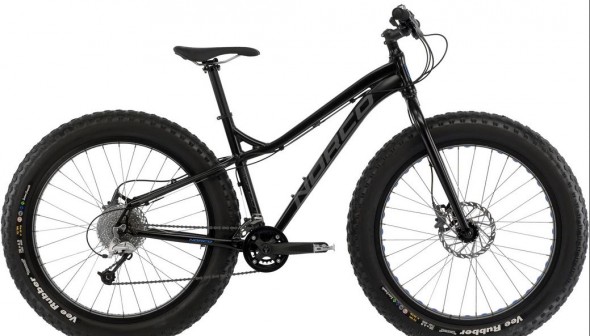 I didn’t have a clear shot of it, but Norco is now producing the Bigfoot. As you can imagine from the name, the Bigfoot is a fat tire bike of Norco’s own design. The best part of it all is that this fat tire bike can be had for just $1,415. With a mix of Deore, SLX, and Alivio parts, this bike is at just the right price point for that person who wants to try something new and different without the large monetary commitment.

Man, the Sight LE is pretty sweet! But yeah, I’ve got to agree, the Range looks awesome. I would love to try one out!

Wow, so many options out, that Range is… gorgeous.

Sooo, I put about 25 miles on a Range today…. Fantastic bike!!! I was totally thrashing it (destroyed a rear wheel to prove it, too) and this bike dominates!

I know parts are important but I always want to know how it rides. Being mostly a trail rider not into big DH and such that is what I look for. Thanks for the little blurb. I trust you guys and would love to read a lot more on Norco bikes. Being in the market for a new bike and all. Slim