At some point, all of us will be faced with this question: “Should I upgrade the parts on my old mountain bike or just buy a whole new rig?” It’s not always an easy or clear decision, but if any of the following scenarios apply to you, it might just be time to buy a new bike.

Your bike doesn’t fit you all that well

Sometimes we end up on a bike that doesn’t fit us well because at the time of purchase, we were in between sizes and picked the wrong one. Other times, we outgrow our bikes or just get a bike that sorta fits because it’s a good deal or free from a friend. Whatever the reason, if you’re starting to itch for an upgrade but your current bike doesn’t fit you just right, you’re often better off spending coin on a new rig rather than trying to make your existing bike work.

Of course it’s possible to upgrade key components to improve the fit of any bike: everything from stems and bars to saddles, seatposts, and crank arms can be right-sized for an improved fit. But it’s rare that a single component swap will solve all your fit issues, and the costs of components can quickly add up. It’s tempting to see something like an offset seatpost as a solution, but solutions like this can introduce new issues–like reduced durability–or offer compromised performance.

You can’t find the parts you need for your bike

We’re all frustrated when new standards are introduced since the implication is that someday, it might become difficult to find the parts we need to service our bikes. Thankfully it can take many years, if not decades, before certain parts disappear altogether, but if you can’t add the new bells and whistles you want for your rig, it might just be time to get a new bike.

For example, if you have an older mountain bike, chances are it didn’t come with a dropper seatpost and the seat tube diameter is 27.2mm. These days, finding a 27.2mm dropper seatpost is extremely difficult since, by the time dropper posts came out, most bikes were already using beefier tubes.

Plus tires offer another example. While it is possible to fit plus tires in some older bike frames and forks, the tradeoff is a lower bottom bracket, limited tread patterns, and poor mud clearance. Not only that, a set of plus wheels and tires doesn’t come cheap, easily costing $750 or more just for the parts.

If you’re lusting after the latest mountain bike tech, it’s often better to just save up for a new rig than to compromise with parts that almost, sorta fit.

Your singletrack tastes have evolved 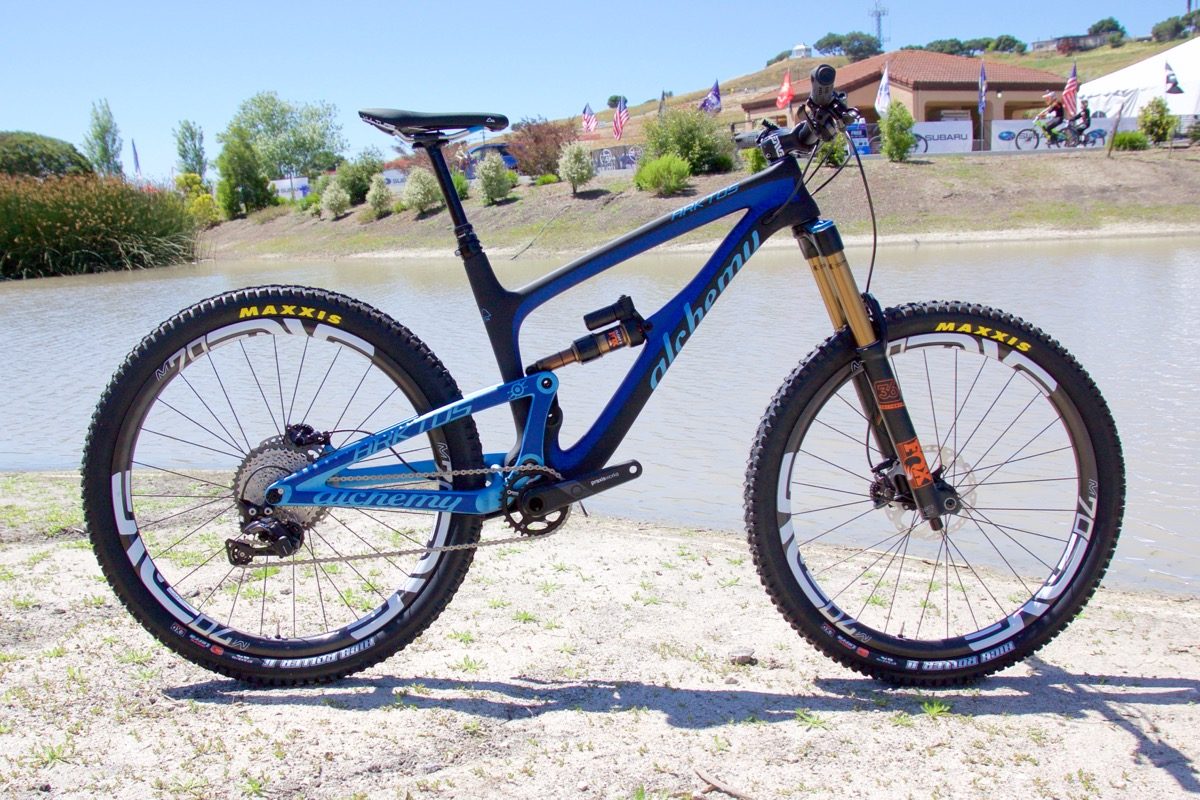 Many of us start out with a certain style of riding, only to later get into a different discipline. So while your current rig might be well suited to the local cross-country trails, it could be holding you back from your enduro or snow biking aspirations.

This is perhaps the easiest situation to recognize, especially when we’re looking to jump between extreme mountain bike niches. No one would try to race enduro on an XC hardtail! But even attempting to make an existing bike “a little more aggressive” or “a little more snow-worthy” can be expensive, often ending with sub-par results.

For example, if you have a trail bike with 130mm of travel but really need 150mm for the fast, gnarly trails you like riding now, it might be tempting to just slap a bigger fork on the bike. Aside from the cost (forks aren’t cheap!), there’s a good chance this change will alter the bike’s geometry in a negative way. Worse, you could destroy your frame because the new geometry has altered the way forces interact with the frame.

You can’t find good parts for your bike

Dropper posts and plus tires are nice-to-haves, but once the must-haves start becoming difficult to find, it’s time to get a new bike. For example, many riders are discovering it’s now difficult to find high quality (lightweight, durable) 26-inch wheels and tires. Essentially as parts wear out, owners of these retro-rigs are forced to downgrade from previously top-of-the-line components to low-end, bottom-of-the-market parts.

If you find that with each part you replace, your bike is becoming less capable and less fun to ride, it’s time to buy a new bike.

Your frame is compromised

If you have a damaged or broken bike frame, it’s generally unwise to throw more money into the bike in the form of expensive upgrades. Sure, you can tell yourself you’ll just replace the frame when it finally gives out and transfer the newly upgraded components onto your new rig, but don’t kid yourself: not all components will work on your new rig, plus it never feels great putting even slightly worn, dirty components on a new frame.

The new parts you’re eyeing are too expensive

Don’t forget to consider the hidden costs of parts upgrades vs. buying a new bike. Generally the amount you’re looking to spend on new parts for your old rig will be less than the cost of a new bike, but there are items that can tilt the scales in favor of a new purchase:

Ok, so after reading this you might be saying, “That’s all well and good, but I can’t afford to buy a new bike. I only have enough scratch to upgrade a few parts on my rig right now.” This is probably true for many of us, and while we might not be able to afford a new bike now, we all have the ability to save the money we would have spent on upgrades to buy a new bike in the future. The great thing about taking this tack is you’ll end up a generation ahead of everyone who buys today! So what if you can’t afford a Boost 148 bike this year? You’ll be feeling really smart in two years when you buy a Boost 151* bike and all those 148 models are obsolete.

Your Turn: Have you purchased a new bike recently or upgraded key components on your bike? How did you make the decision, and are you still happy with that decision?