It’s my unofficial job here at Singletracks to seek out and describe the weird and the wonderful. This is a job I take very seriously. And so, when I saw the Reeb cycles Donkadonk, a fat bike with Gates Carbon Drive mated to a Rohloff hub, I knew I had to turn its cranks.

Behold, the Donkadonk in all its dusty Outdoor Demo glory. 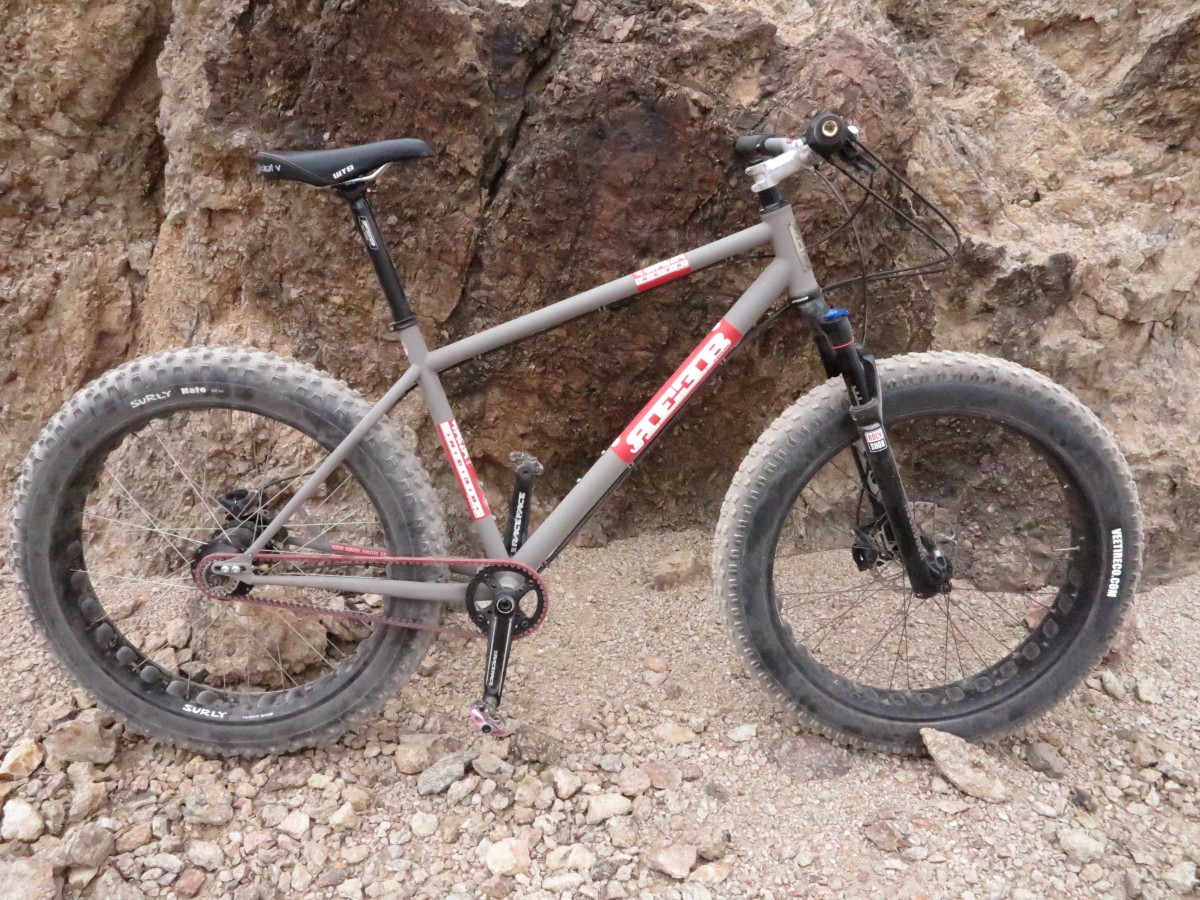 Pardon me, friends at Reeb, if I eschew your bizarre approach to capitalization and nomenclature. They call themselves “REEB,” say they’re from “ColoRADo,” and make this bike called a “REEBdonkadonk.” HOMIEdontplaythat.

Now, as you can see here, the Donkadonk sports the Gates mated to the Rohloff. 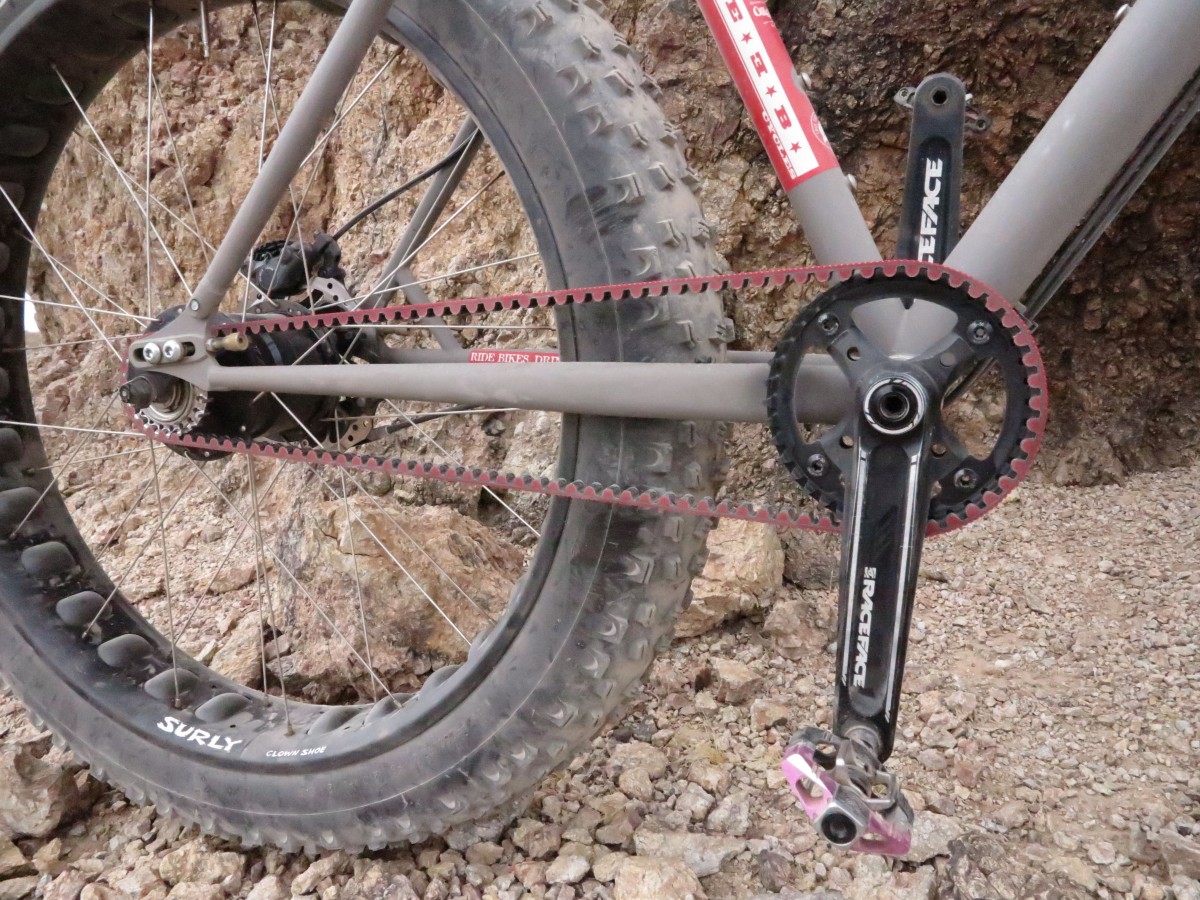 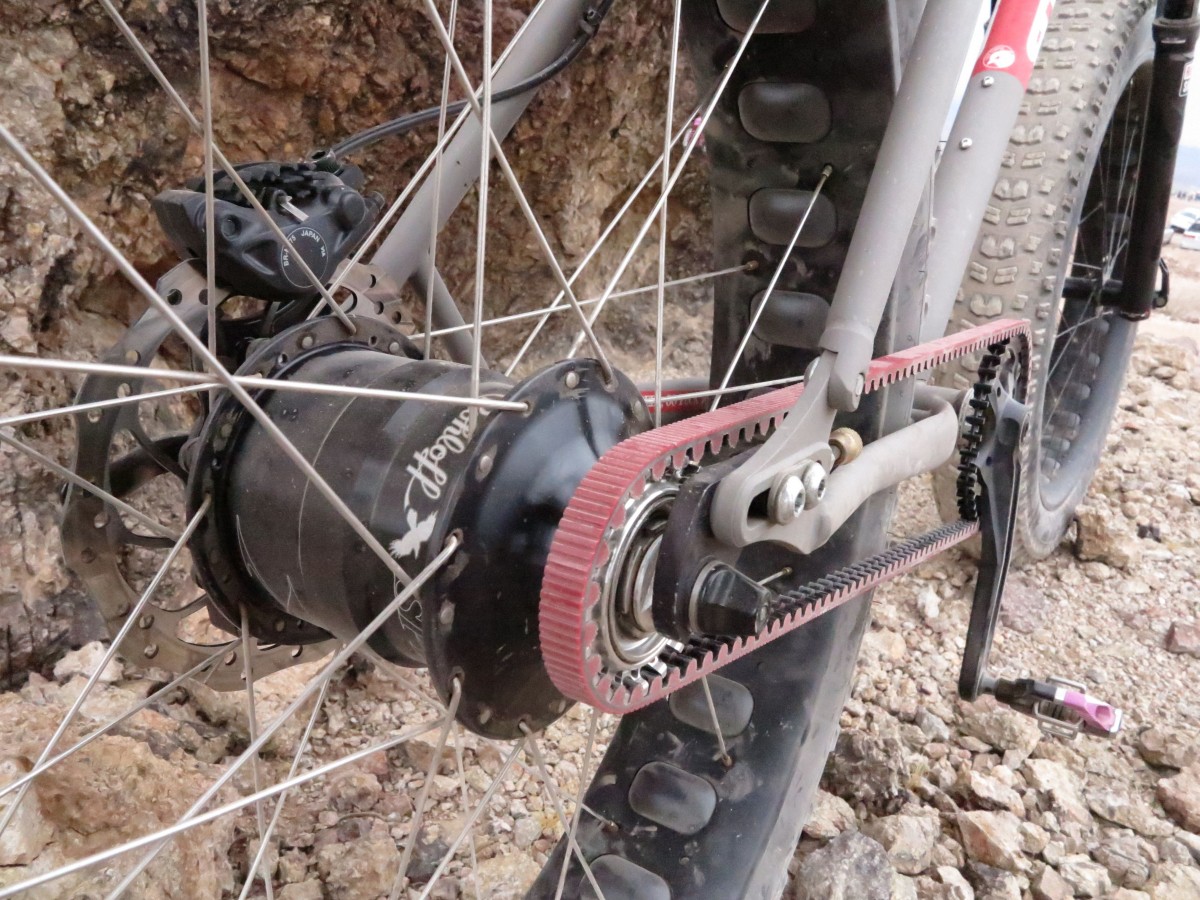 Both of those components come from what I like to think of as the Meerschaum pipe category. By that I mean that they’re things you know about, but not things that you see very often.

Imagine you’re walking down the street and you see this cat, pictured at right, coming at you.

You’d say to yourself, “hey, this cat’s got himself a meerschaum pipe for some reason. He’s not satisfied with the out-of-the-ordinary-ness of pipe smoking. He’s also got to get himself a bendy pipe like a member of Sherlock Holmes’s crew.”

But then again, you can’t really hate on the guy, because, for all you know, smoking Meerschaum pipes is the most amazing thing in the universe. Maybe dude’s having the time of his life every minute of his life.

That’s what a Gates or a Rohloff is: a meerschaum pipe for your bike. But having a Gates AND a Rohloff?

Both Gates and Rohloff cite near-zero maintenance as one of the best reasons to have them. Gates belt drives don’t stretch or wear out like chains do, and the belts themselves mate up to sprockets with big wide metal teeth that don’t get chewed up by the carbon belt.

This lady has matched her red Gates belt drive with her red hat and is now looking off into the distance with an air of self satisfaction. Good on you, Gates owning lady.

Here’s a cut away view of a Rohloff so you can see all the science. They’re positively stuffed with science.

You shift by way of a twisty bit on the handlebar, and you don’t have to be pedaling to change gears. In fact, the Rohloff prefers if you don’t shift under power. It will do it if you ask it to, but it takes a second to comply, almost as though it has to put down its Sunday paper and huff at you first. 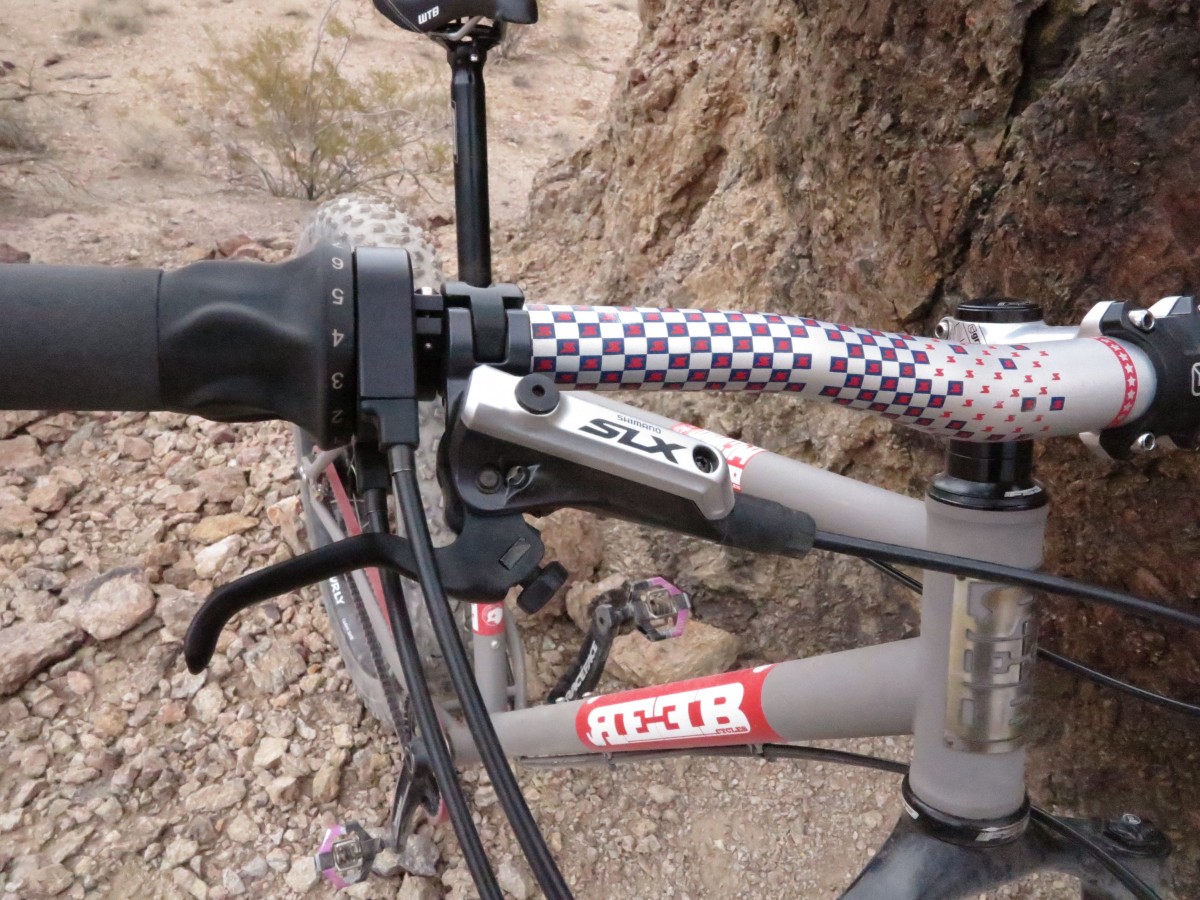 So what’s it like to ride the Donkadonk? Well, it’s — how shall I put this? — Fatbikey. Though Reeb’s site offers the bike in two builds, one with a steel rigid MRP fork ($4,032) and one with a carbon rigid MRP fork ($5,031), the example I rode benefits from the Bluto fork, which has transformed many a fat bike from a bouncy joke into a rideable fun time.

For me, I’d love to have a Donkadonk, if for no other reason than so that I could roll up with it and show off the Gates and Rohloff.

“Wow,” people would say, “look at this guy. He’s got a Gates mated to a Rohloff. He must be so interesting!” They’d be wrong, of course, but I could still ride away on my bike without having to maintain it much.

For more on the Donkadonk, check out Reeb’s site here.