I’ve been wearing the Shuttle Flat shoes for a couple of days now to break them in, and here’s what I’ve learned so far. Look for a review later this spring once I’ve had a chance to test them a bit more. 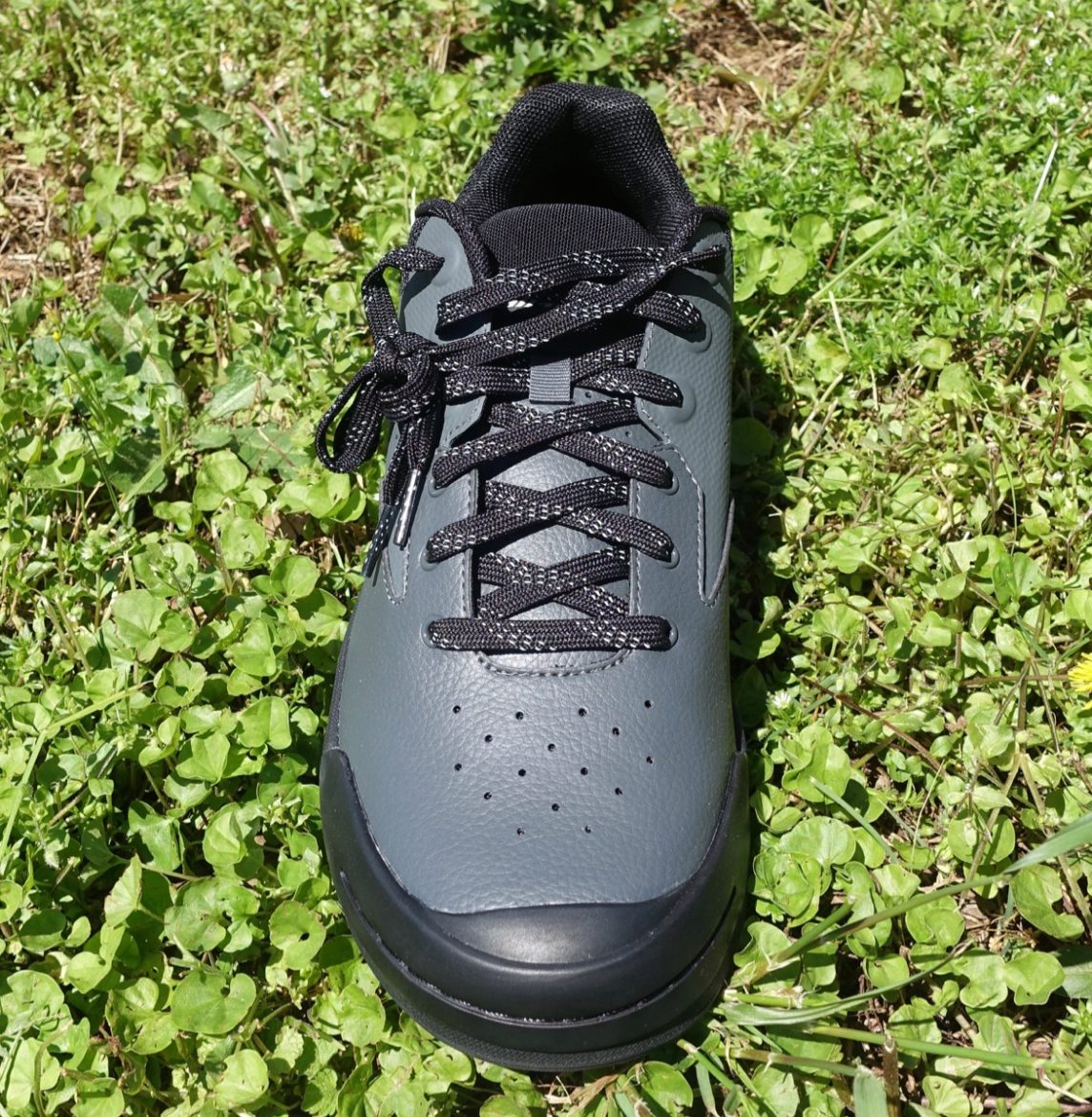 Starting at the top, Giant adds reflective highlights to the soft but substantial laces. A mesh pocket at the top of the tongue can be stretched over the bow to keep laces tucked in and out of the way. 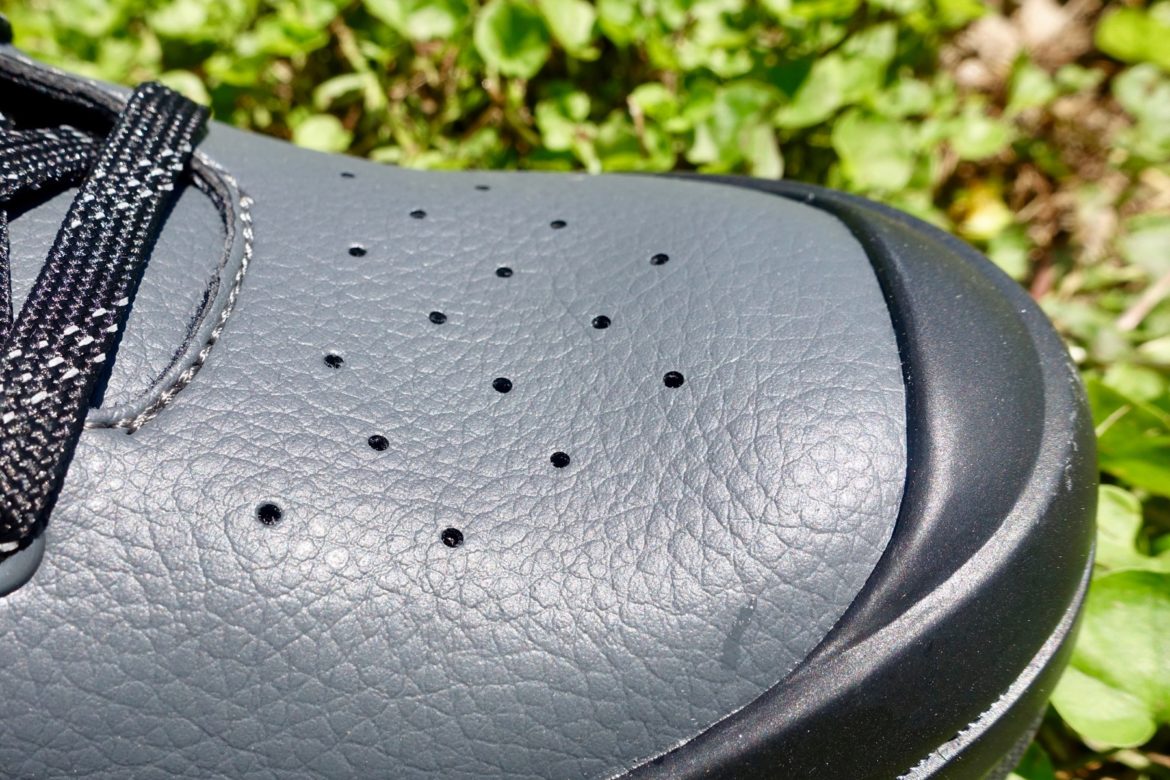 The uppers on the Shuttle Flat shoes are made from a synthetic material with a hydrophobic coating to help them dry out. Laser-cut holes add ventilation on the top of the toe and on either side of the foot.

The toe is wrapped with a robust TPU guard for added protection. 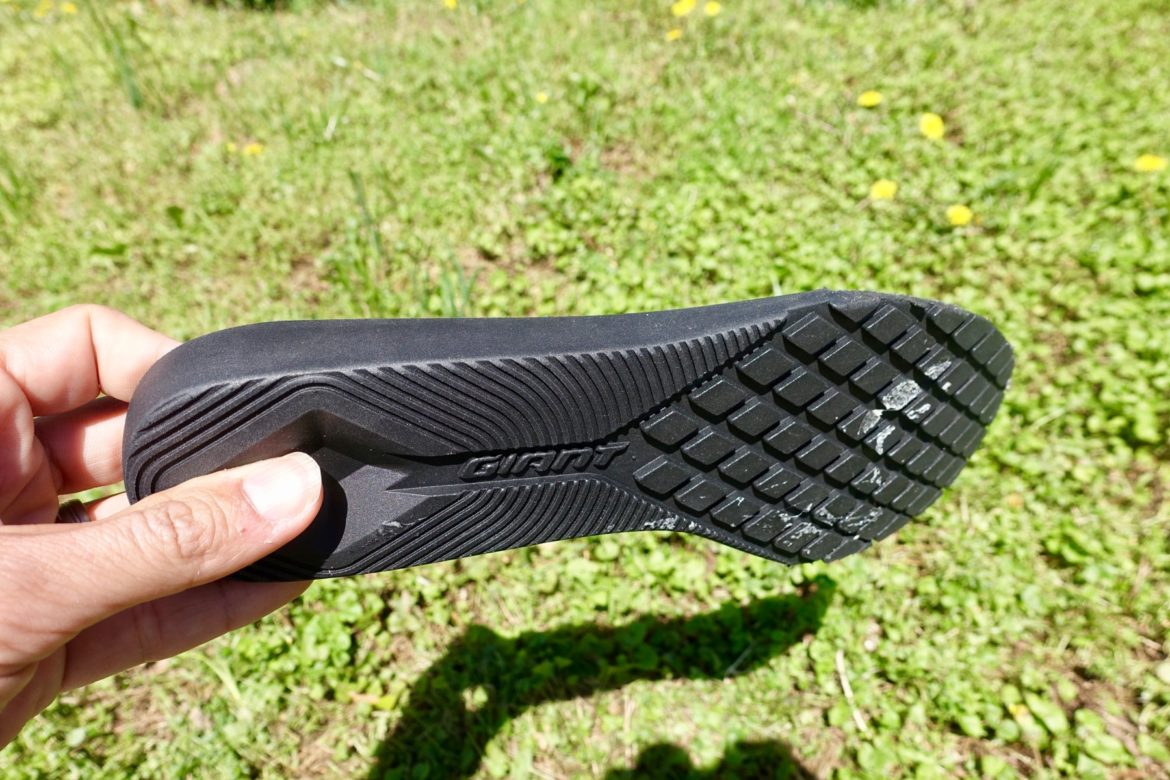 Interestingly, much of the stiffness in the sole seems to come from the removable insole, rather than the midsole itself. The insole is lightweight and fairly thick, with a channelled pattern on the bottom to facilitate quick draining. Removing the insole after riding allows the shoes to dry quickly. 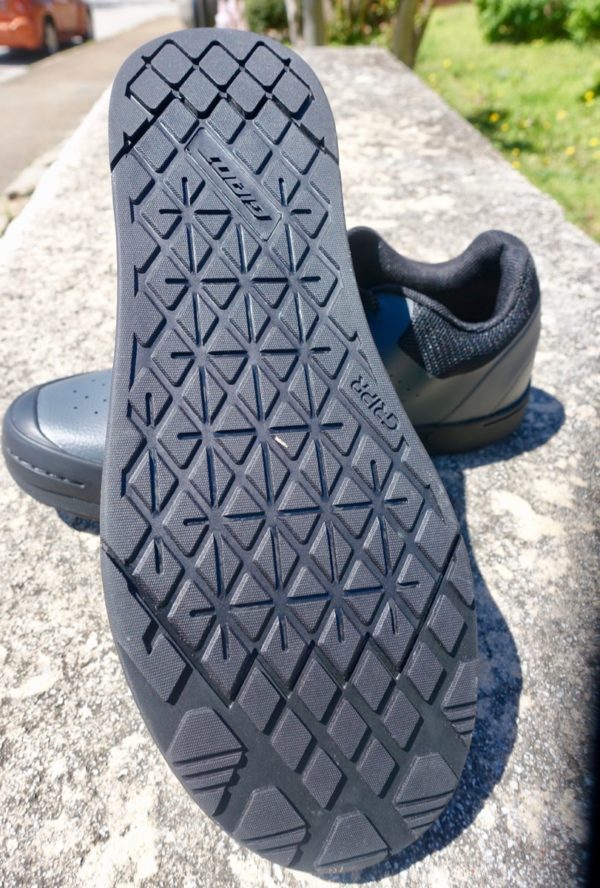 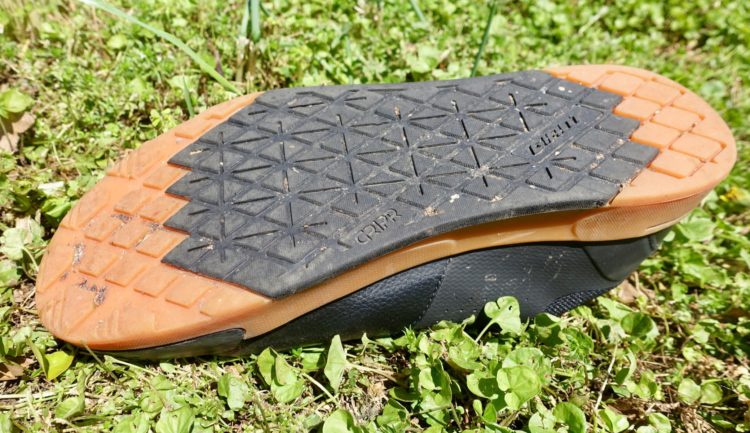 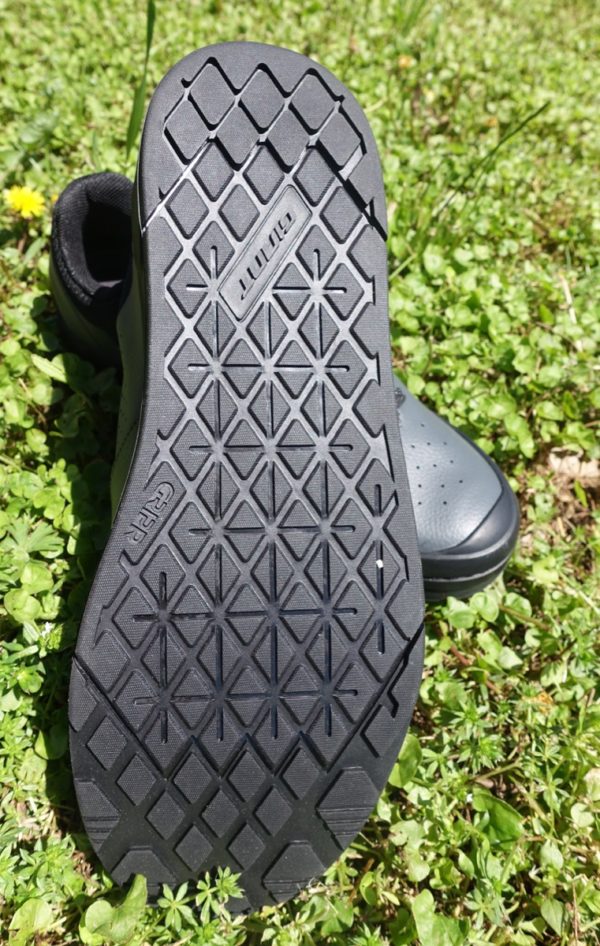 Finally, the sole features a dual compound rubber design, with longer-wearing patches at the heel and toe, and a sticky compound called GRIPR at mid-foot for the pedal interface. 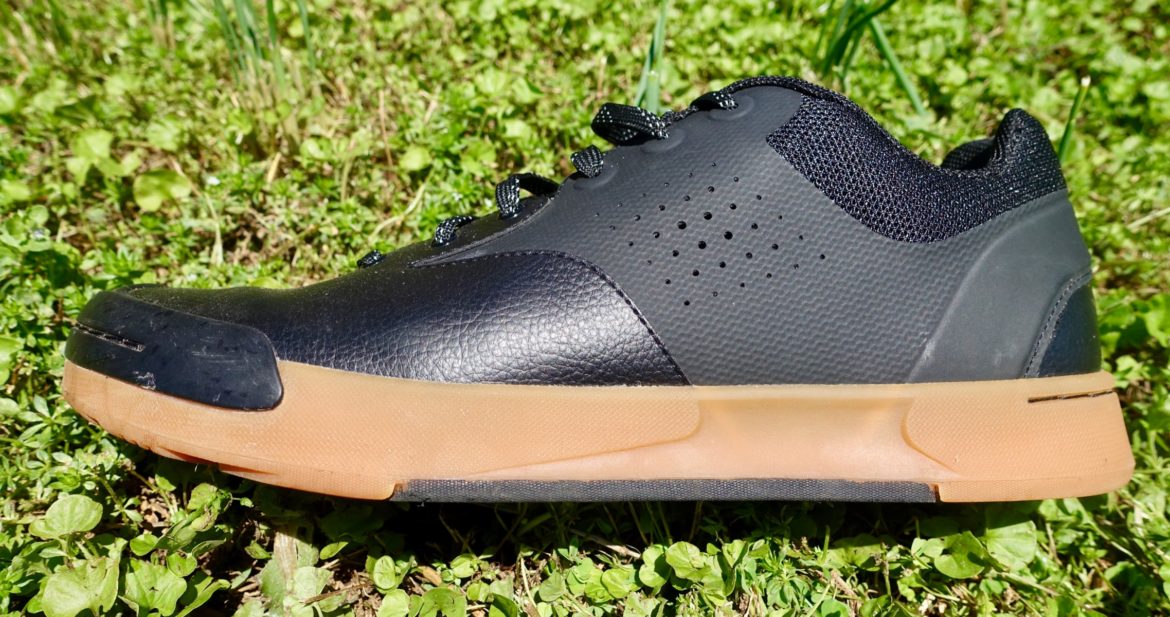 I’ve only been wearing the Shuttle Flat shoes for a couple of days, mostly casually but also on the bike a bit. Overall, the sole is fairly flexible which makes it comfortable for walking around, though certainly much stiffer than a pair of tennis or running shoes. On the other end of the spectrum, these shoes aren’t nearly as stiff as a typical pair of clipless pedal shoes. 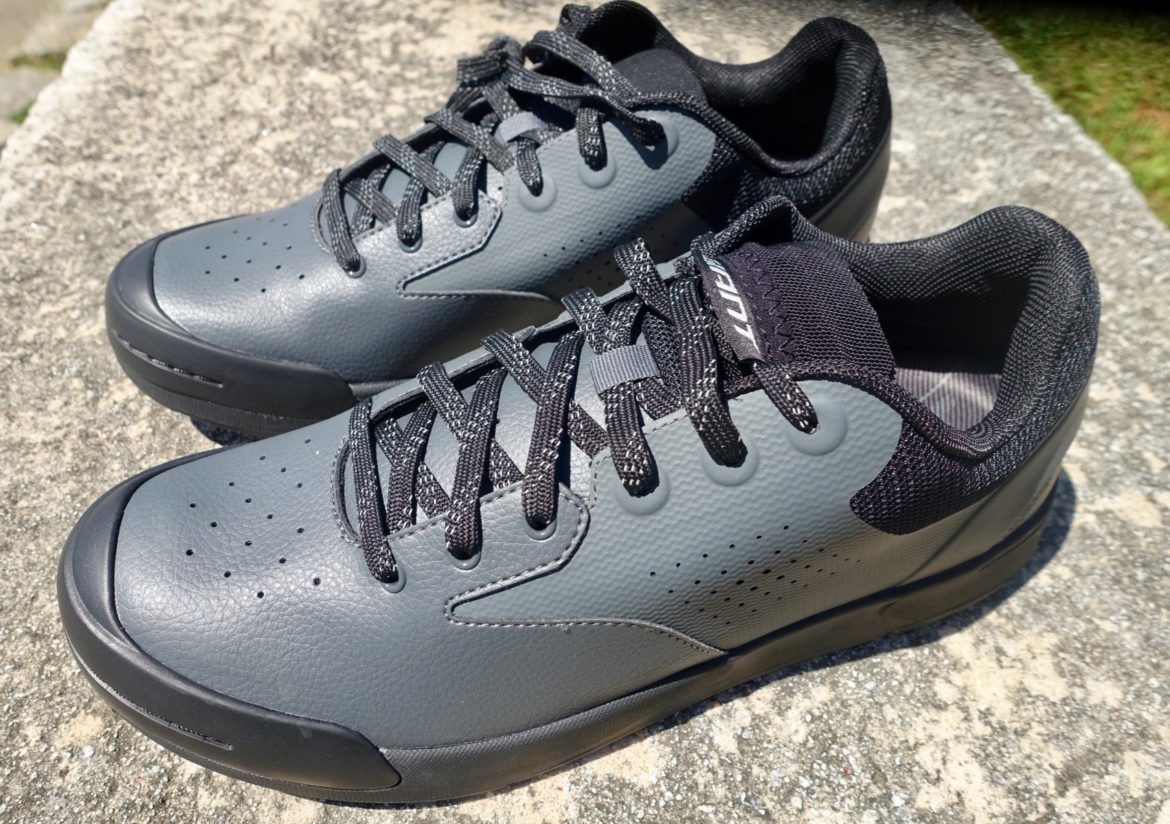 Giant claims the size 45 shoes weigh 450g each, and my scale confirms this weight isn’t too far off at 452g. The Shuttle Flats aren’t the heaviest flat pedal shoes out there, nor are they the lightest. I would place them at the middle, landing a bit toward the lightweight side. Again, this makes them comfortable for wearing for hours at a time. 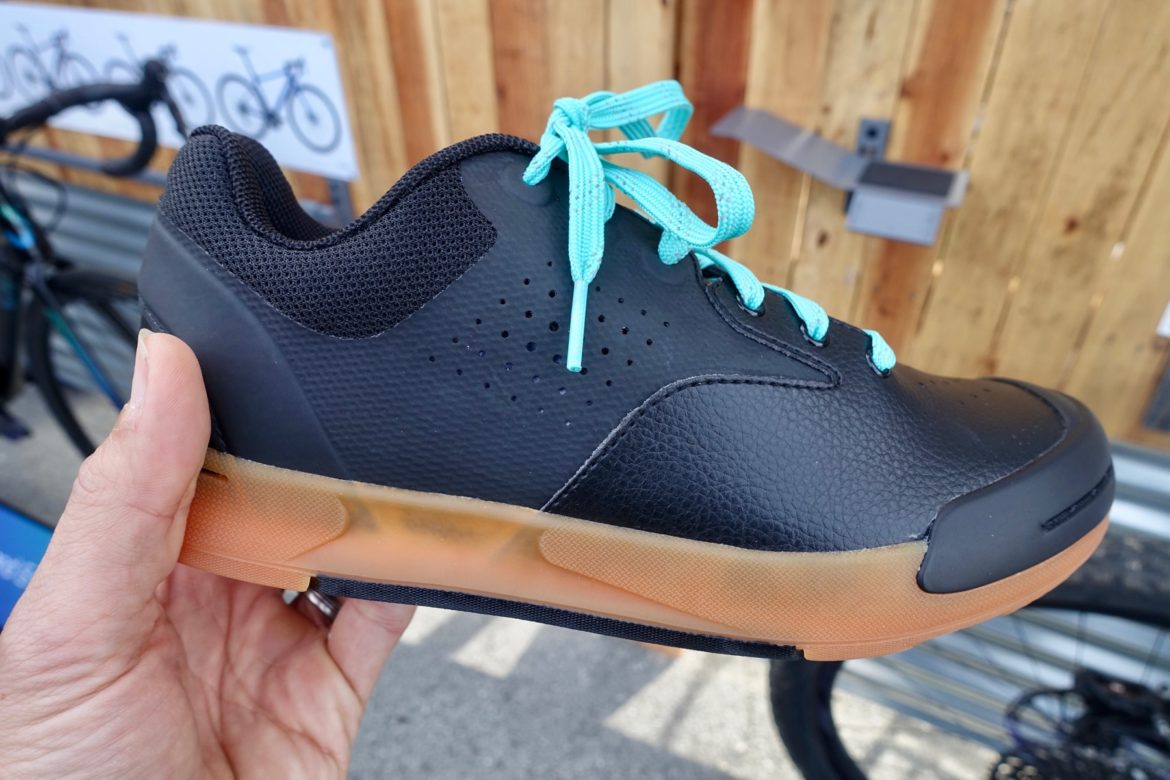 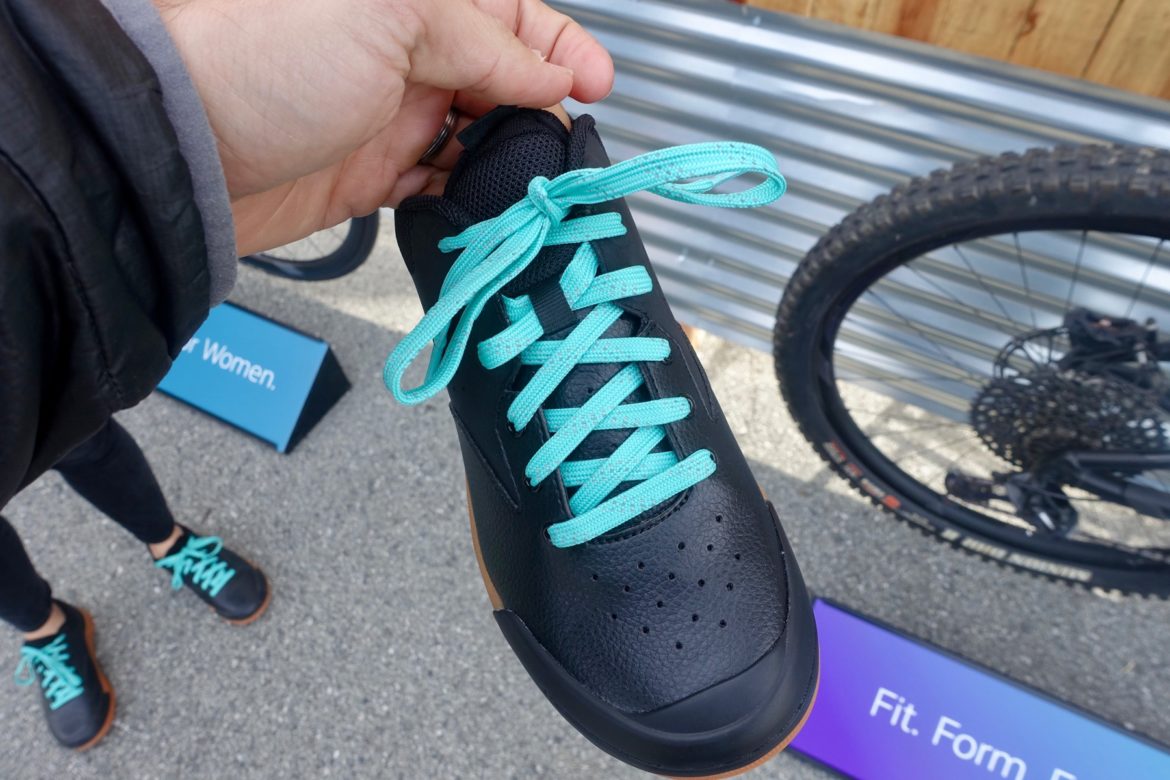 Liv launched their own version of the Shuttle Flat shoe at Sea Otter in women’s sizes and a slightly different colorway.

The Giant Men’s Shuttle Flat shoes are offered in two colorways, both shown in the photos above. Pricing is set at $110 USD.

Thanks to Giant for providing these shoes for review.