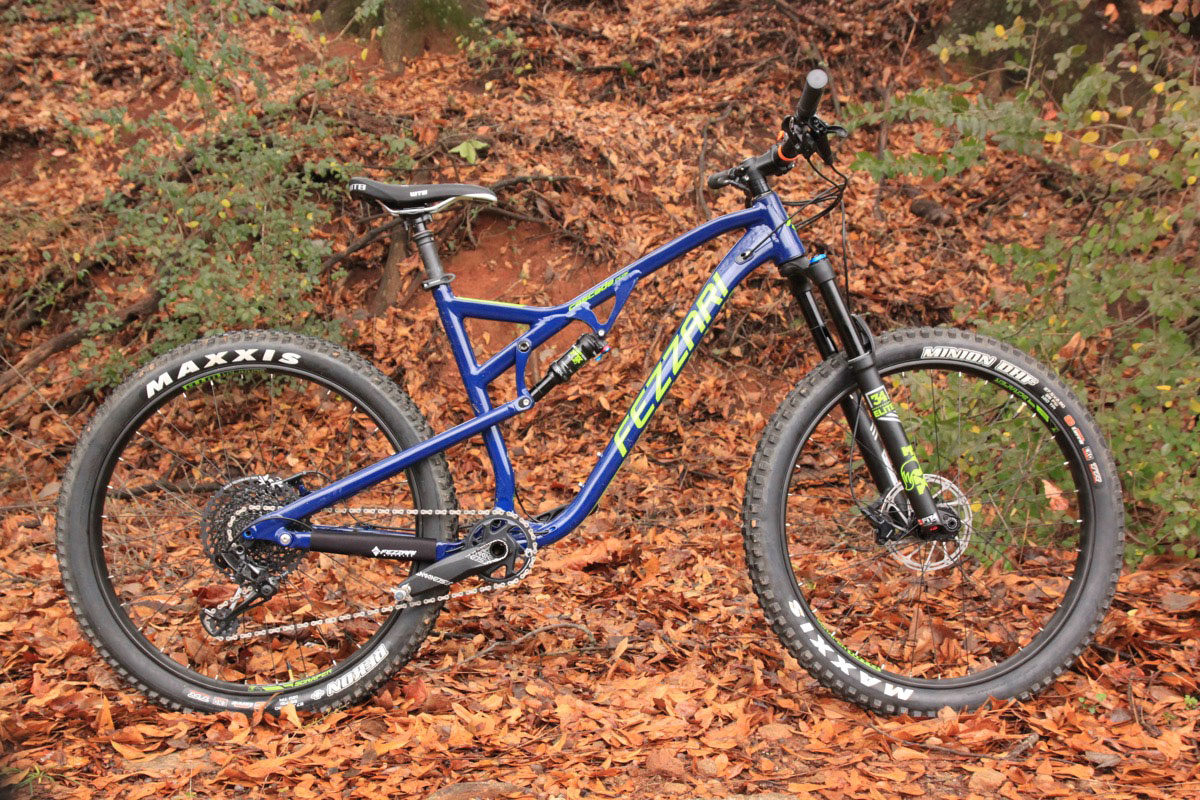 The Fezzari Cascade Peak is a trail / all-mountain bike that is offered in both 27.5+ and 29er configurations. I’ve been testing the all-new Cascade Peak 27.5 Plus on my local trails, and here’s what I learned. 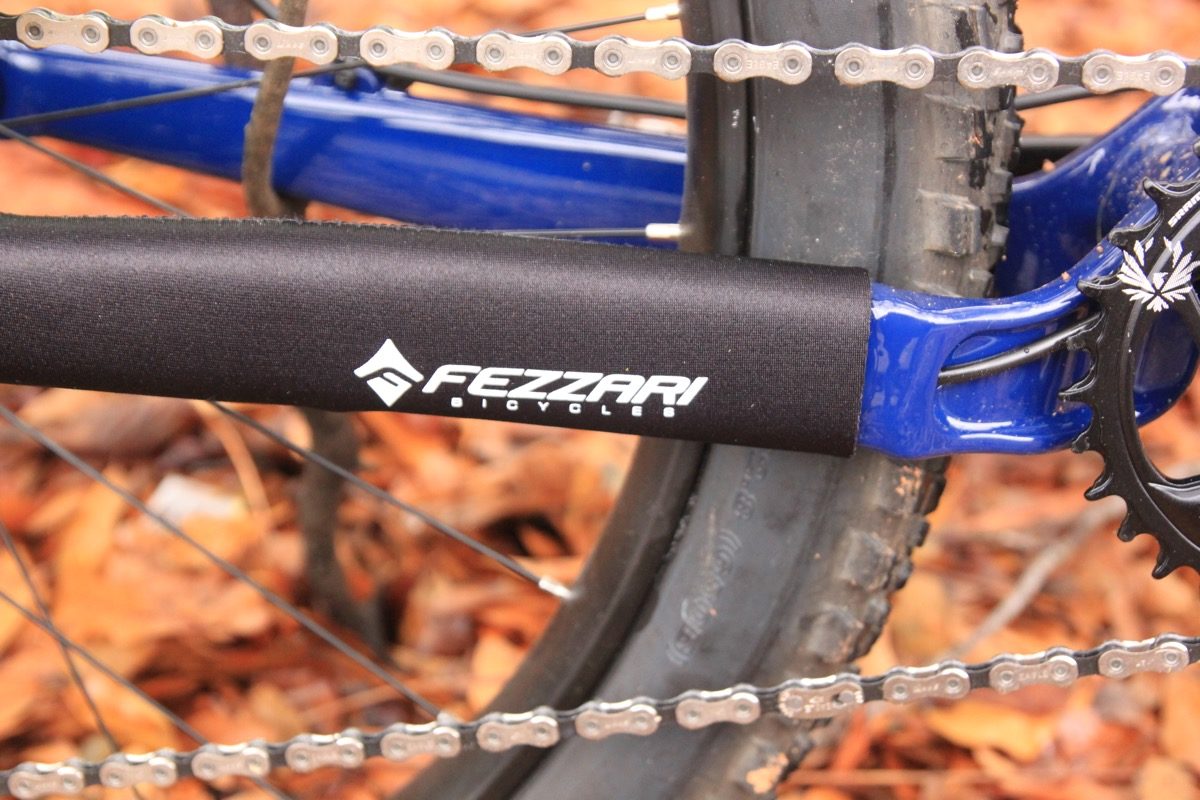 Direct-to-consumer, online bike brands are a hot topic these days. But c’mon, this is 2018, and the idea of selling mountain bikes online isn’t new at all. In fact, Fezzari has been selling their bikes directly to consumers online for more than a decade already, since 2006.

Fezzari was founded to “build the best quality bikes in their class” while delivering a great value, especially compared to brands purchased through a traditional dealer model. Because consumers won’t have a chance to try the bikes before they buy, it’s important to send them measurements–including height, weight, inseam, and shoulder width–to get the right bike fit and configuration. 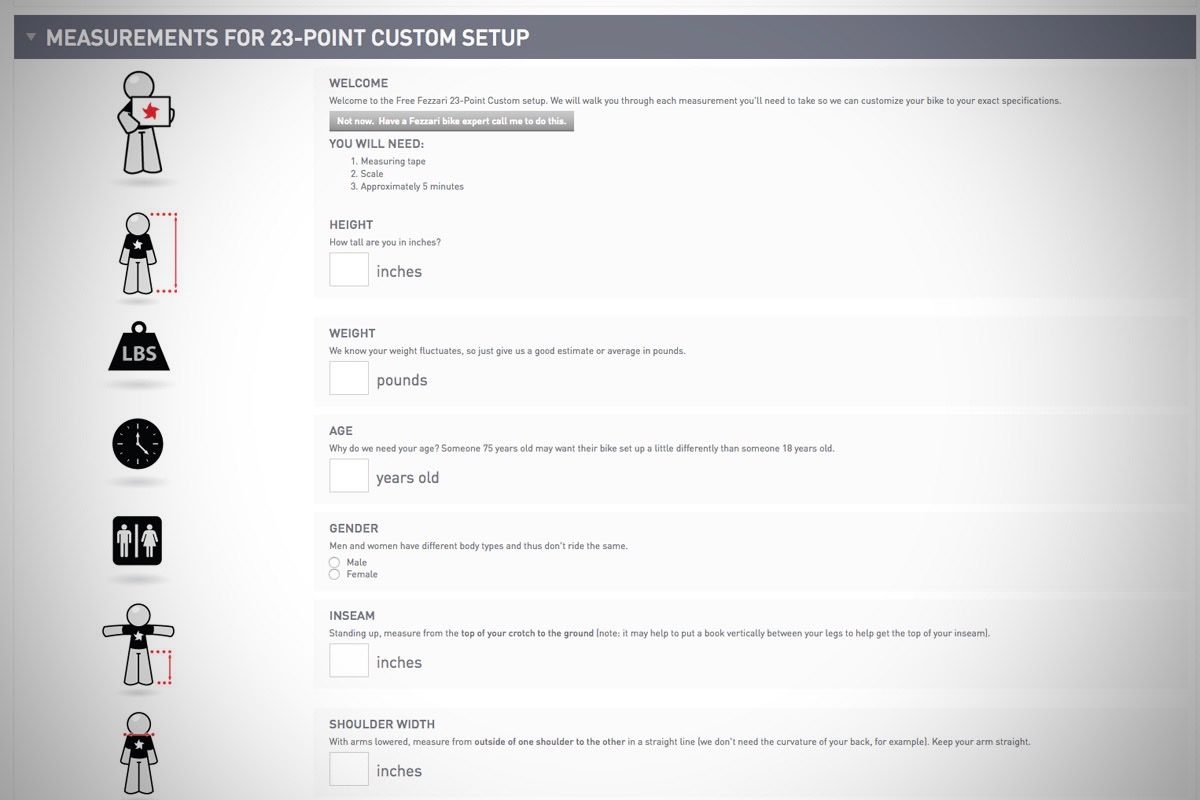 I went through the fit process myself ahead of receiving a test bike, and Fezzari says they used my measurements in their 23-point custom bike set up. 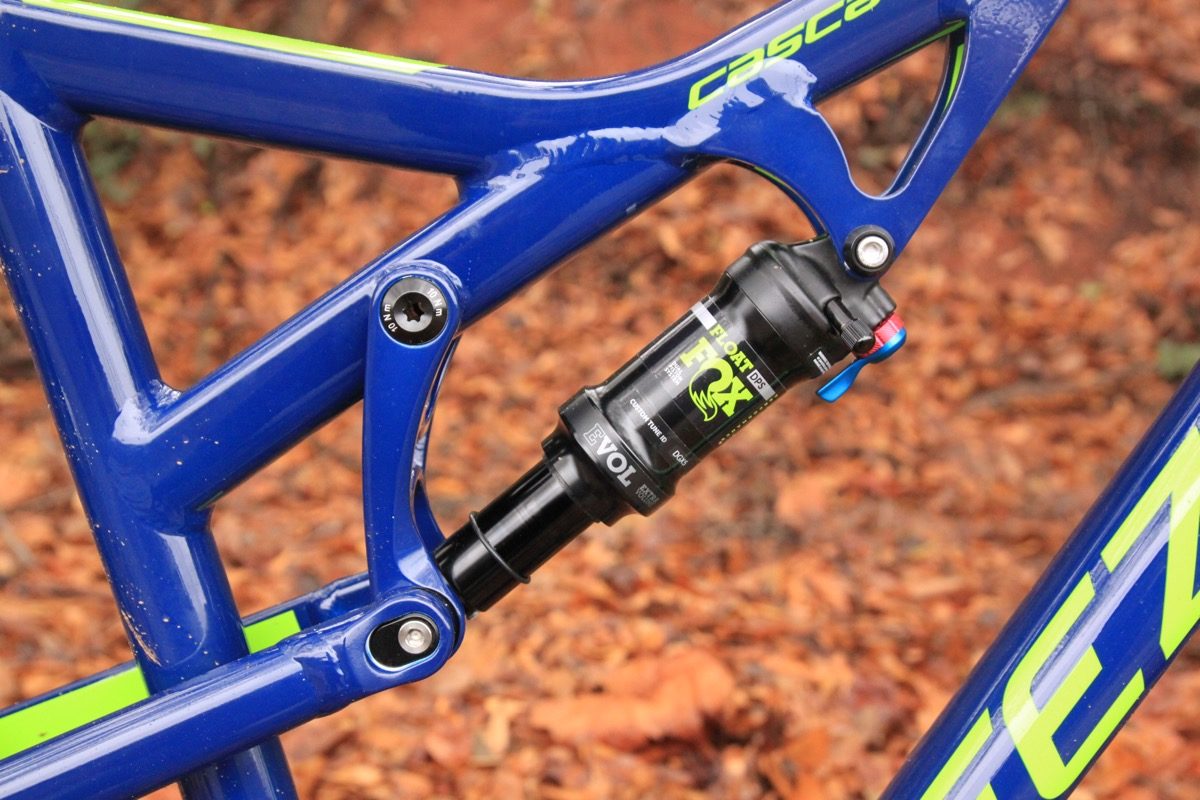 The Fezzari Cascade Peak ($2,999 MSRP) features 140mm of travel up front and 130mm in the rear via a 4-bar suspension design. The aluminum frame has an adjustable pin at the seat stay that shifts the geometry to work with either 29er or 27.5+ wheels. I tested the bike in its 27.5+ configuration.

These days, 130mm of rear travel doesn’t sound like a lot. My first thought was the Cascade Peak 27.5+ should fit solidly in the trail bike category, but looking more closely at the geometry numbers, it’s obvious this bike leans toward the all-mountain end of the trail category. For example, the 66.9° head tube angle is slightly more slack than the average trail bike, and both the wheelbase (1192mm for size large) and reach (463mm, size large) are longer than the trail category average. Also, the bottom bracket height, as measured at 324mm, is much lower than average. To summarize, the Cascade Peak 27.5+ is longer, lower, and slacker than the average trail bike.

Fezzari kept the chainstays short, at just 432mm, which is within a millimeter or two of the averages for both trail and all-mountain bikes. 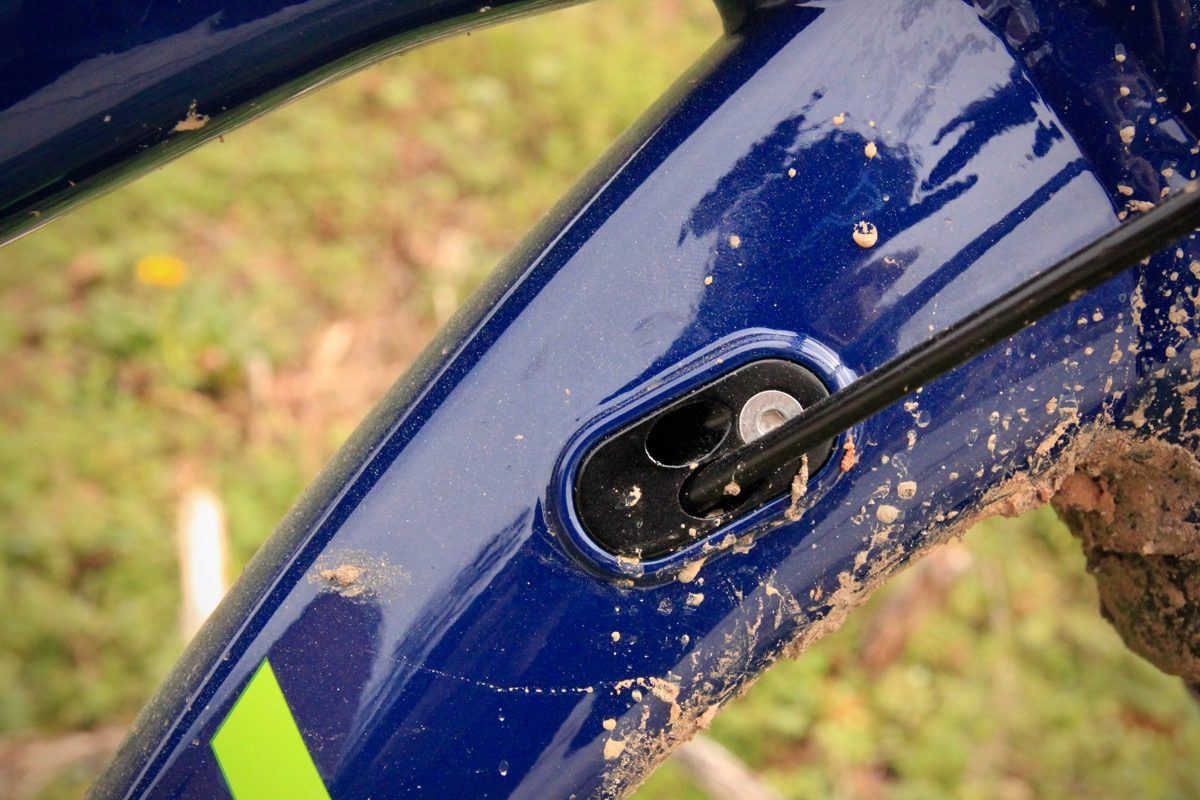 The aluminum frame features internal routing for a dropper post, the rear brake, and the rear derailleur. Although the bike appears to offer internal routing for a front derailleur, fans of multi-ring drivetrains will be disappointed to know the bike is designed solely for drivetrains with a single chainring. According to Fezzari, the existing chain line won’t accommodate a 2x drivetrain, but going with a 1x-specific chain line allowed them to achieve “shorter chainstays for a more playful bike and keep the wide tire clearance.”

The rear end is Boost-spaced and utilizes a 12mm thru axle for stiffness. Fezzari shortened the top of the seat tube on this latest version of the Cascade Peak to reduce standover height, but more importantly, to allow riders to run longer dropper posts. The Cascade Peak utilizes oversized bearings on the main pivot for added durability over time. 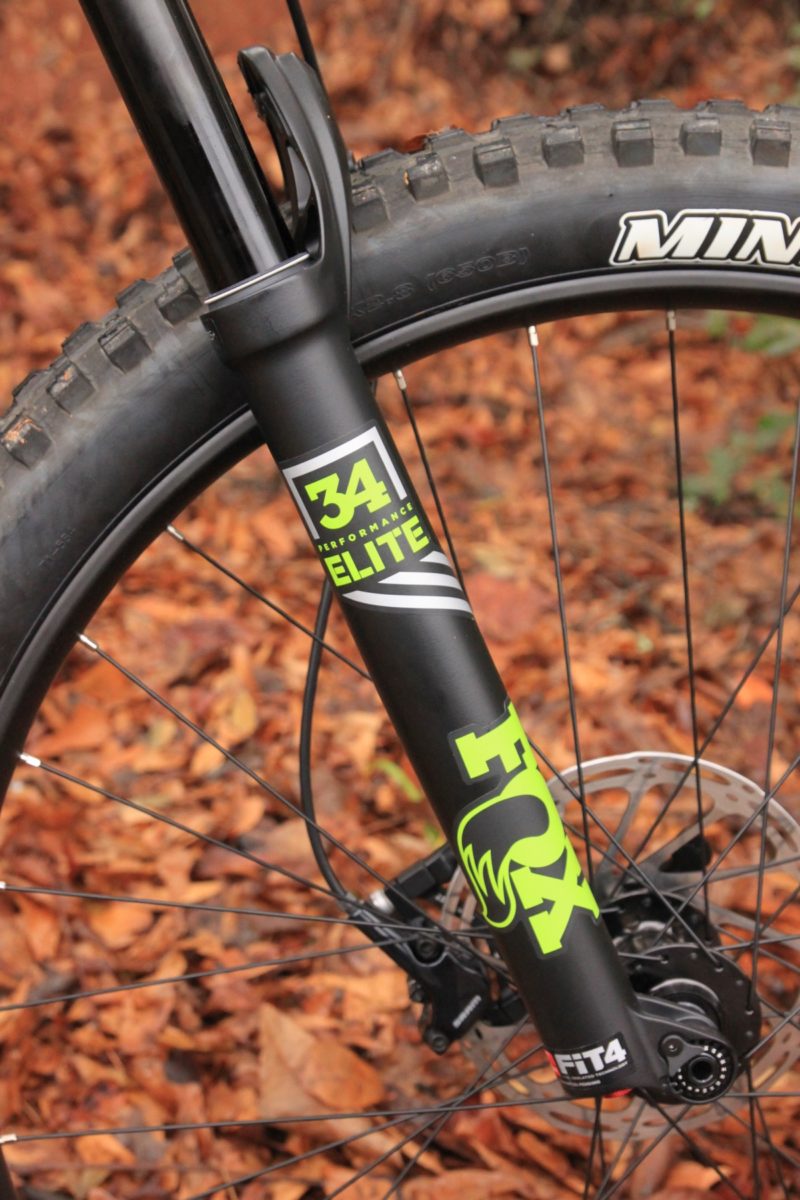 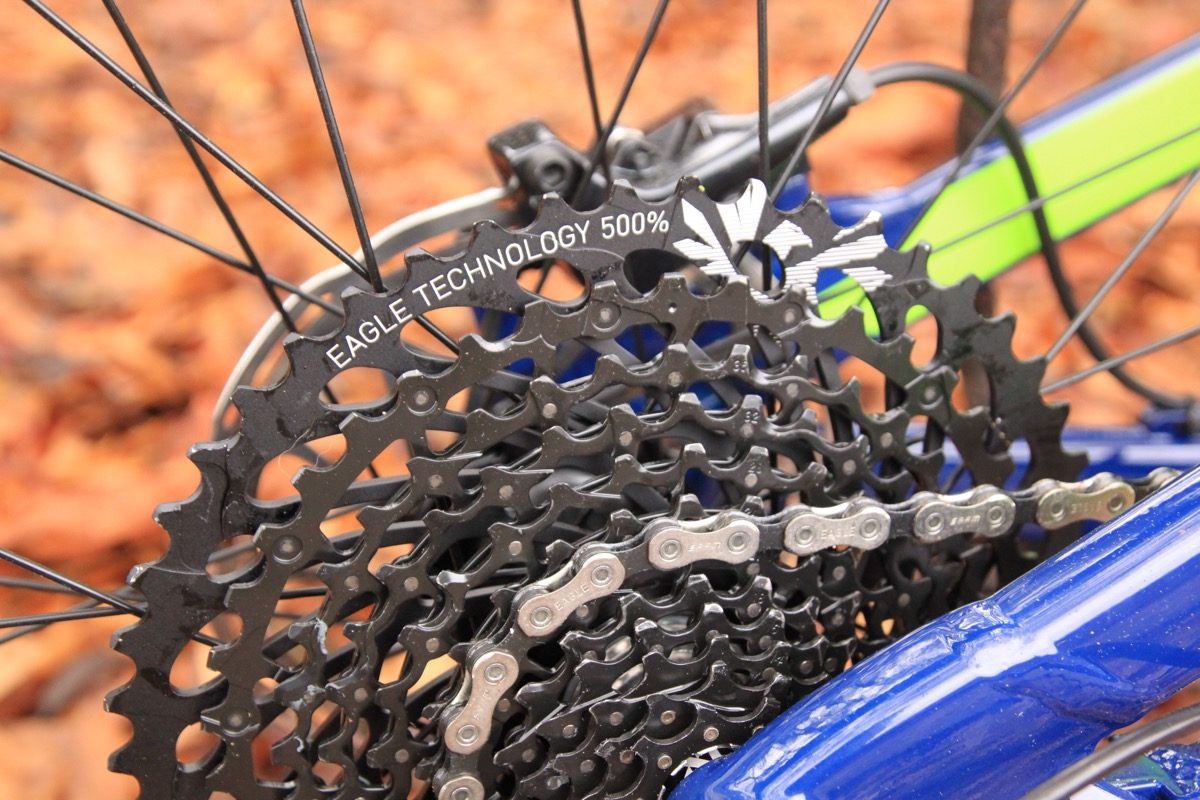 Fezzari manages to include a SRAM GX Eagle 12-speed drivetrain on the Cascade Peak 27.5+, which is pretty rare for a bike in this price range. The brakes are SRAM as well, and while the included Level T brakes are hydraulic, they sit at the bottom of SRAM’s hydraulic brake lineup.

The wheels are built up using WTB Scraper 40mm rims and Formula hubs. I had my test bike set up with tubeless tires, which adds $65 to the cost of the bike. Thanks to the tubeless upcharge, the bike arrived with sealant and air in the tires, ready to ride. Fezzari didn’t skimp on those tires either, including the 3C versions of Maxxis’s 2.8″ Minion DHF tire up front, and the 2.8″ Rekon in the rear. 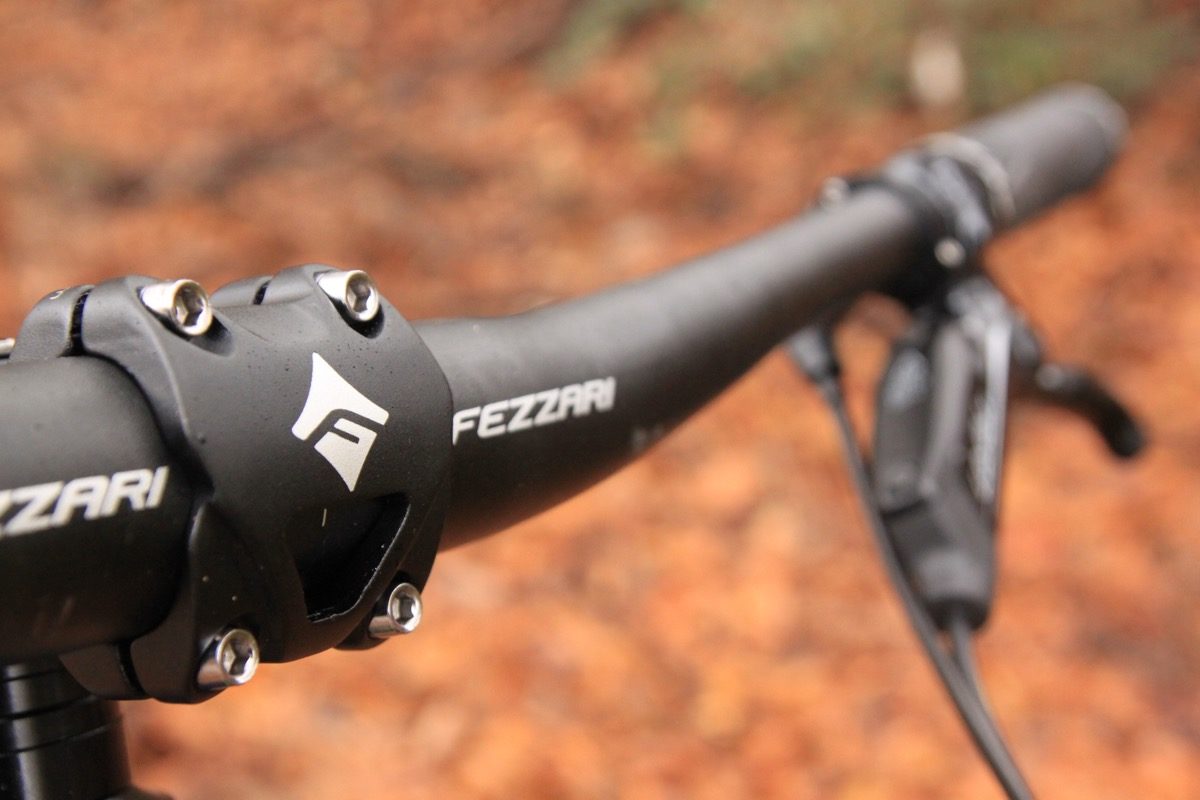 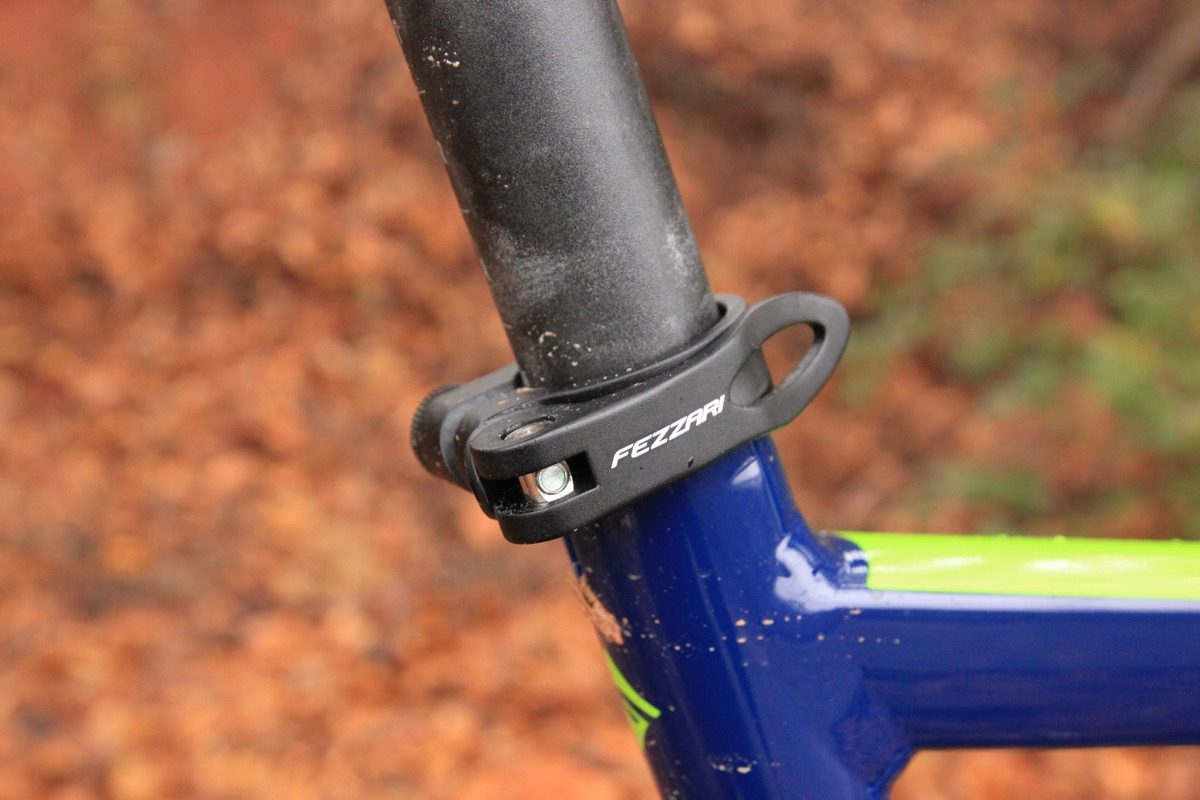 Unfortunately, Fezzari doesn’t include a dropper post as a part of the standard Cascade Peak 27.5+ build, though customers can add a Fox Transfer Performance Elite post for $323.10. I requested the Fox Transfer for my test build, and for most riders, it’s probably worth every penny. Clearly the Cascade Peak is meant to be ridden with a dropper post; after all, it has internal post routing and even a shortened seatpost mast to accommodate long travel dropper posts, like the 150mm giraffe neck I tested. Ditching the dropper post was clearly a price point decision, so buyers may want to factor in the additional cost of adding a dropper post to this otherwise solid build.

The Fezzari Cascade Peak 27.5+ chews up whatever is in its path, thanks to its massive 27.5+ tires. I’ve been riding the Cascade Peak in some pretty mixed conditions this winter: dry hardpack, soul-sucking peanut butter mud, mossy rock dances, and snow-dusted, leafy singletrack. No matter the conditions, I found the supple, grippy tires generally kept me moving forward.

On fast descents, the Cascade Peak 27.5+ feels incredibly stable, and the 130mm of rear travel is truly confidence inspiring. I left riding partners scrambling to hang onto my wheel on familiar descents, the bike hugging the terrain and almost whispering to me, “don’t worry, I got this!” I love how low I was able to get with the 150mm Fox Transfer seatpost, which allowed the Cascade Peak 27.5+ to handle like a dream.

Out of the saddle, the suspension provided a fairly stable pedaling platform that never felt bouncy or counterproductive. The plus tires do tend to drag a little on pedally sections, but it’s worth a little drag to get such excellent grip through corners and on tricky climbs.

The SRAM GX Eagle drivetrain truly plays a starring role in the Fezzari Cascade Peak’s performance. I always felt like I had plenty of top end for pacing the flats, and yet I never needed an easier gear, even on the steepest climbs. Every shift was precise, even in dodgy conditions.

I found the Cascade Peak 27.5+ climbs about as well as any other bike with similar travel and geometry. Which is to say, it’s not exactly a rocket on the climbs, nor is it a boat anchor. The bike is on the heavy side compared to more expensive carbon trail bikes–more than 32lbs. with pedals–which does take away from its climbing performance. 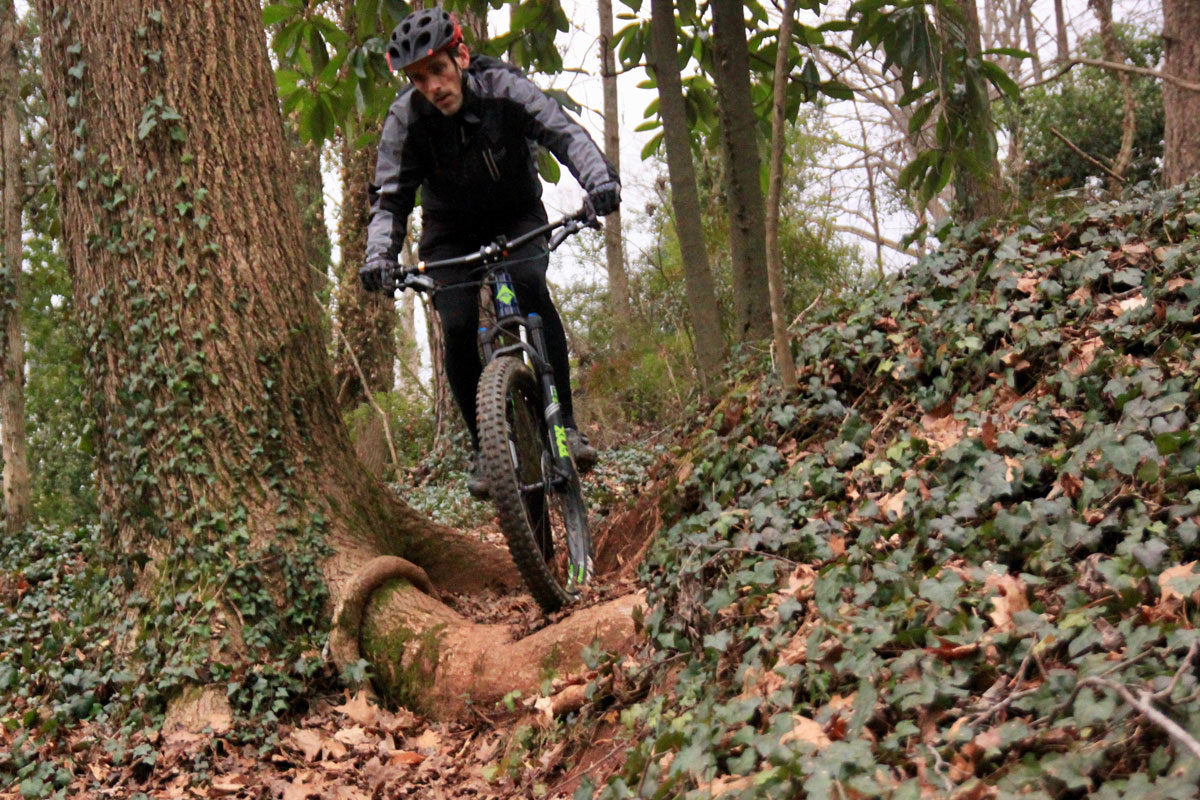 After consulting with Fezzari, I tried adding pressure to the tires, going from 12psi up to about 20psi. This one change cut the number of pedal strikes in half, though I did continue to bash my pedals occasionally during test rides–about the same amount as I do with my 29er Santa Cruz Tallboy, which has been converted to 27.5+.

Another issue I encountered was heel rub on the drive side seatstay. I’m a tall rider (6’3″) and I’ve had this problem with some, though not all, XL bikes I’ve tested. While the stays offer a ton of clearance even with 2.8″ tires, that versatility may come at the expense of heel rub for some riders.

The Fezzari Cascade Peak is a solid 27.5+ bike with a component package that shouldn’t need to be upgraded after just a couple of seasons, though buyers would be wise to pay extra to add the Fox Transfer dropper post. The Cascade Peak 27.5+ is designed to handle the needs of aggressive trail riders, and it does so at a relatively affordable price, backed with personalized support from Fezzari.

Thanks to Fezzari for lending us the Cascade Peak 27.5 Plus for review.

Gear
The Maxxis Minion DHF Tire is Still the One to...
Gear
These MTB Deals are Fire, including 40% off Patagonia Dirt...
Progression
Sizing Up or Down Plus Handlebar Widths and Crankarm Lengths:...
Gear
Never Underestimate the Power of a Good Zip-tie
Subscribe
Login
Please login to comment
1 Comment
Most Voted
Newest Oldest
Inline Feedbacks
View all comments

I have a 2017 Cascade Peak Plus and love it. Got it at the end of the year last year – Black Friday sale that knocked $400 dollars off the list price, so I got my Fox Transfer Dropper Post for free (that’s the way I think of it anyway). The bike is a little heavy, but I don’t mind. I’m not looking to race anytime soon – I’ve only been riding windy technical singletrack trails for about a year – and the extra weight adds some stability on the rocky and rooty NH/MA trails I ride.