At the ROC D’Azur race weekend in Fréjus, France, I got a chance to take a closer look at the GT Force enduro bike Belgian pro-racer Martin Maes piloted. For effect, and possibly to save time, the GT Factory Racing team decided to show off Maes’ bike with all of the dust, sweat, and drink mix from the final race still intact. It was a good look.

Maes handed off his soiled Force after completing a wildly successful season aboard the 27.5-inch-wheeled machine. Having missed round 2 in Colombia, and breaking his hand early in the final race in Finale, Italy, Martin finished the Enduro World Series season in 4th place overall. Given that he was the only rider in the top twelve to miss one of the eight races, along with the broken hand that knocked him back to 131st place for round 8 in Finale, his 4th-overall is a solid season placement in our book. These few setbacks may have sent a lot of riders to the drawing board, or the ego pits, but Maes sculpted a stellar season from them.

All of his EWS prowess is certainly impressive enough for most folks, but not for Martin. The Belgian gravity-master also lined up for and won the DH World Cup race in La Bresse, France, and took second in the 2018 UCI DH World Championship in Lenzerheid Switzerland, only 0.213 of a second off the pace of winner Loïc Bruni.

Clearly, we can expect to see Maes hanging out toward the top of the world gravity scene in 2019.

Now, on to his whip. 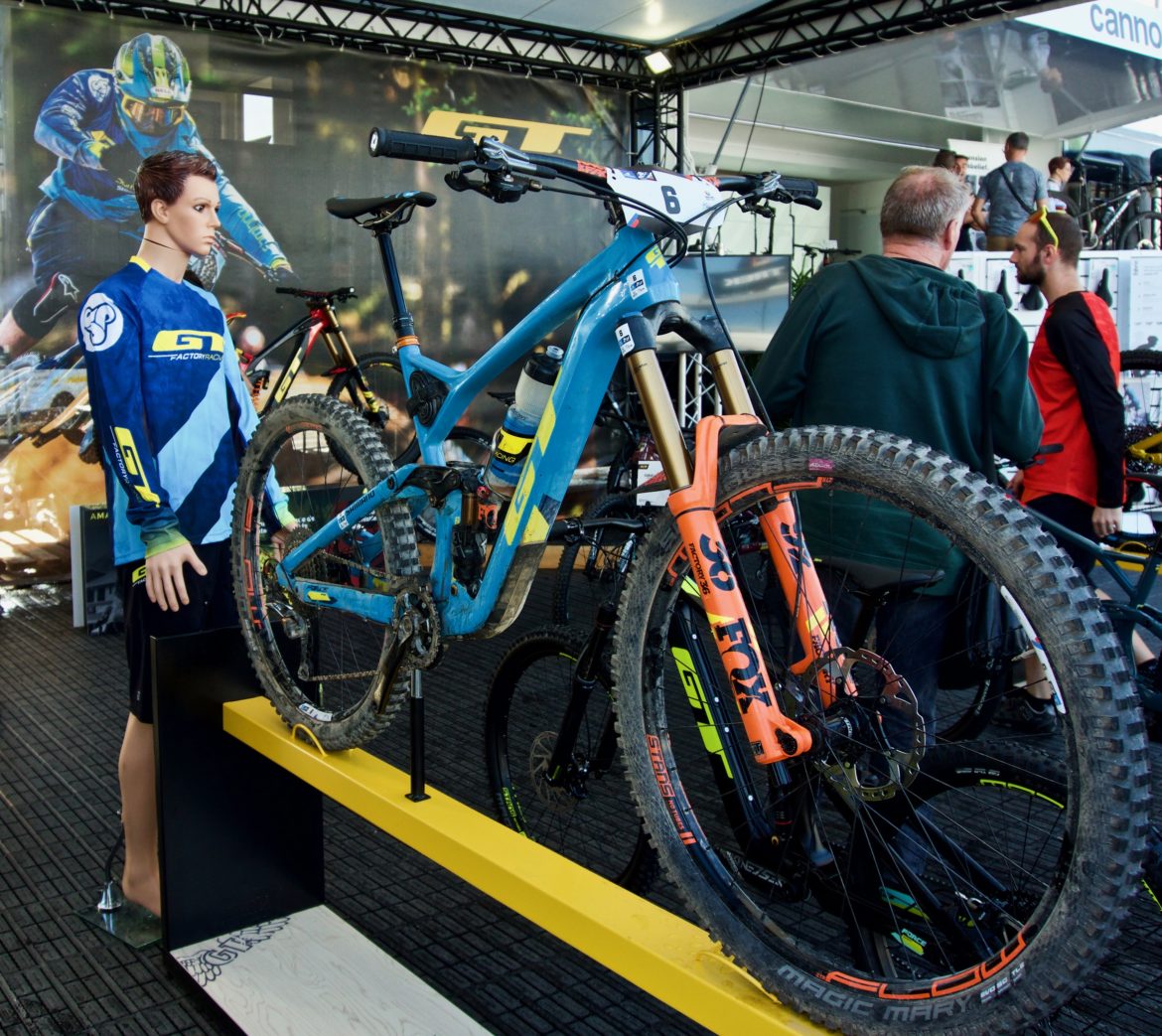 In the tread department, the Stan’s Flow rims are wrapped with a Schwalbe Magic Mary tire up front and a Dirty Dan out back, with the Addix ultra-soft tread and the burliest DH casing available. Maes runs a foam core in the rear tire for added tire and rim protection and alloy rims that can be easily hammered back into shape after slamming into sharp rock edges on race day. 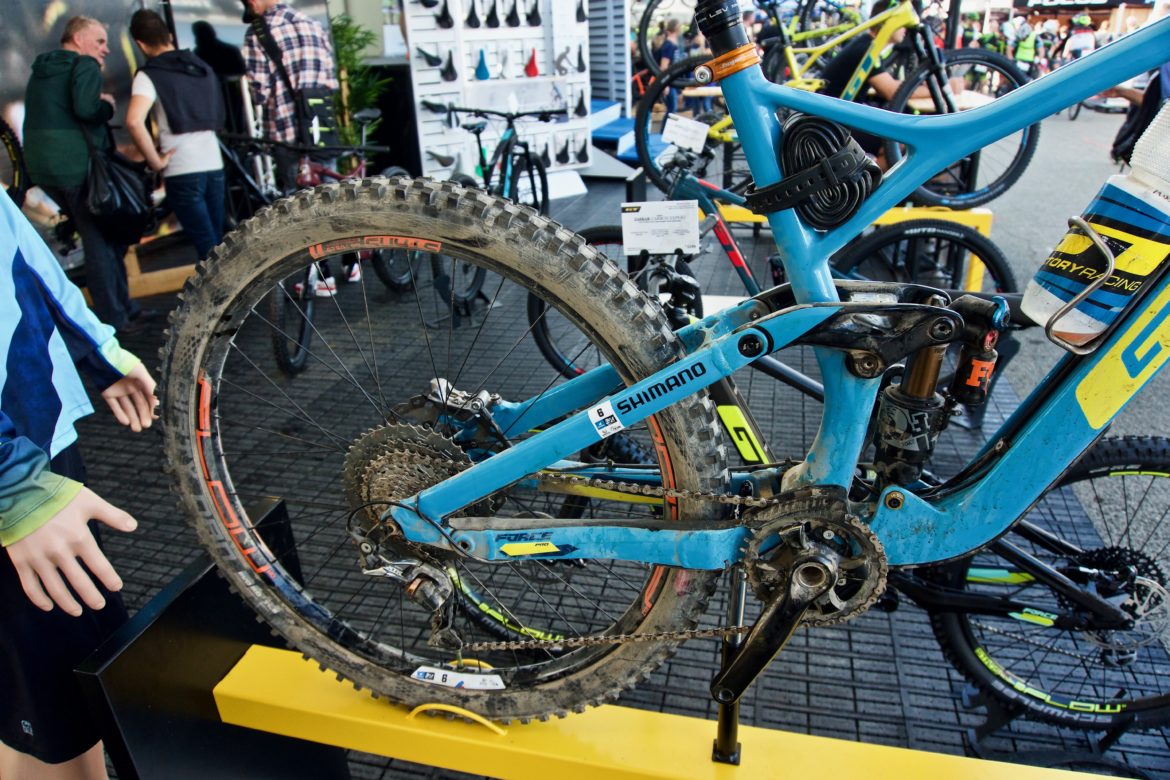 Though GT calls their top-of-the-line version of this bike the “GTFR Team Replica Bike”, Maes’ build differs considerably from what consumers can pick up at their local shop. For example, his current drivetrain is all Shimano XTR 11-speed. The stock bike comes outfitted with SRAM throughout.

With a spare tube strapped inside the seat tube cluster, tools and air in the steerer tube, and a water bottle in the front triangle, this setup leaves little to pack in pockets during races. 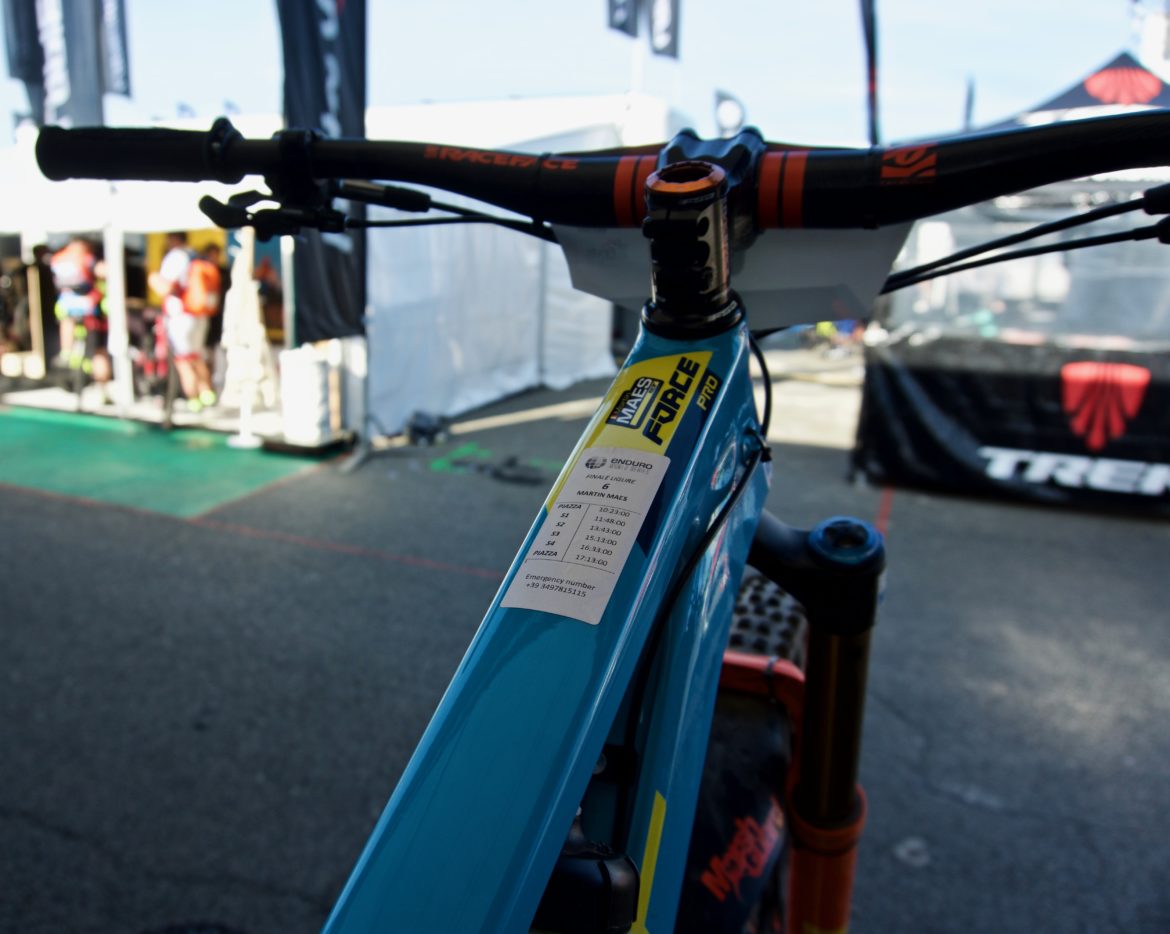 Nearly every place a One Up component could be fitted to the bike it has been, save the KS Lev dropper post. 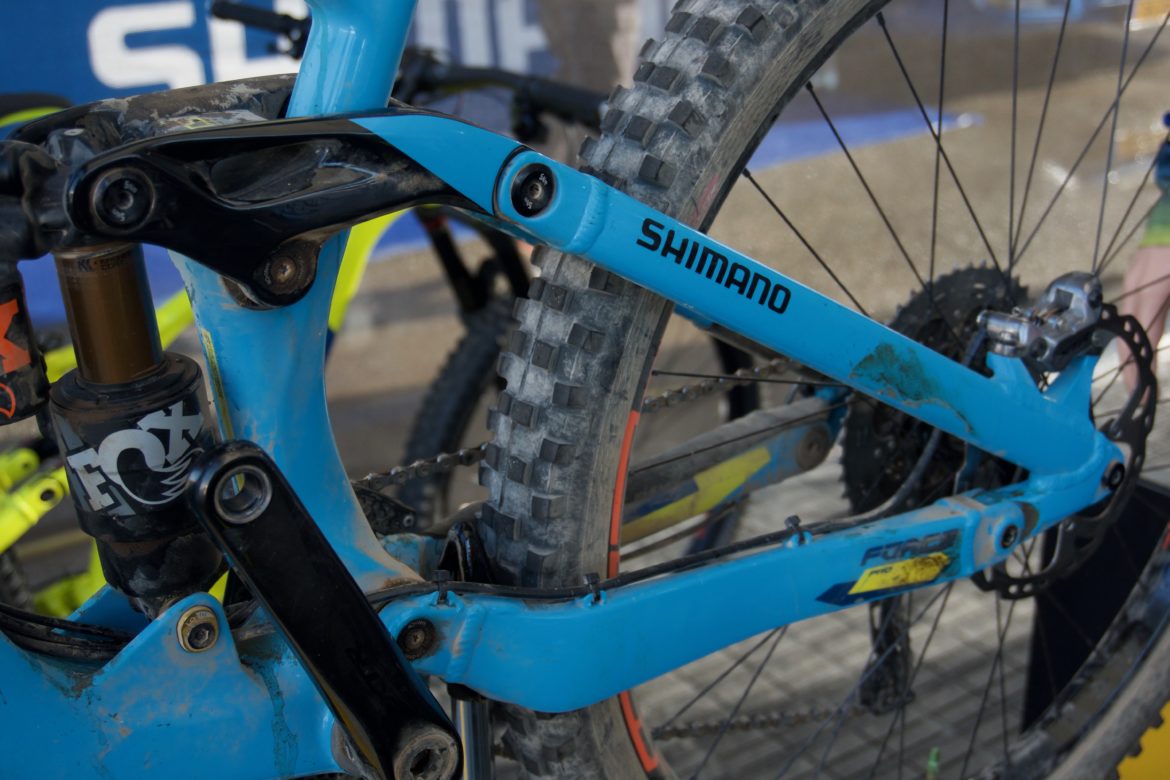 One element that sets the GT Force apart from similar AM/enduro bikes in its class is the fully external cable/hose routing and a 73mm BSA bottom bracket. This setup makes the bike perfectly suited for riders like Maes and his teammate Noga Korem who plan to push the bike to its limits, and will occasionally need to swap out broken components for fresh ones.

Coupled with the mechanic-friendly frame design, the bike’s geometry is properly set to the tune of a modern gravity sled that needs to be climb-worthy. With the flip-chip set to “low” the size large bike has a 65° headtube angle, a 75.5° seat tube lean, 435mm chainstays, and a 465mm reach.

Overall we can’t think of anything we would change about this race-ready GT Force, as it is clearly well designed for its intended use.

Now, if only we could borrow some or Maes’ watts and skills…