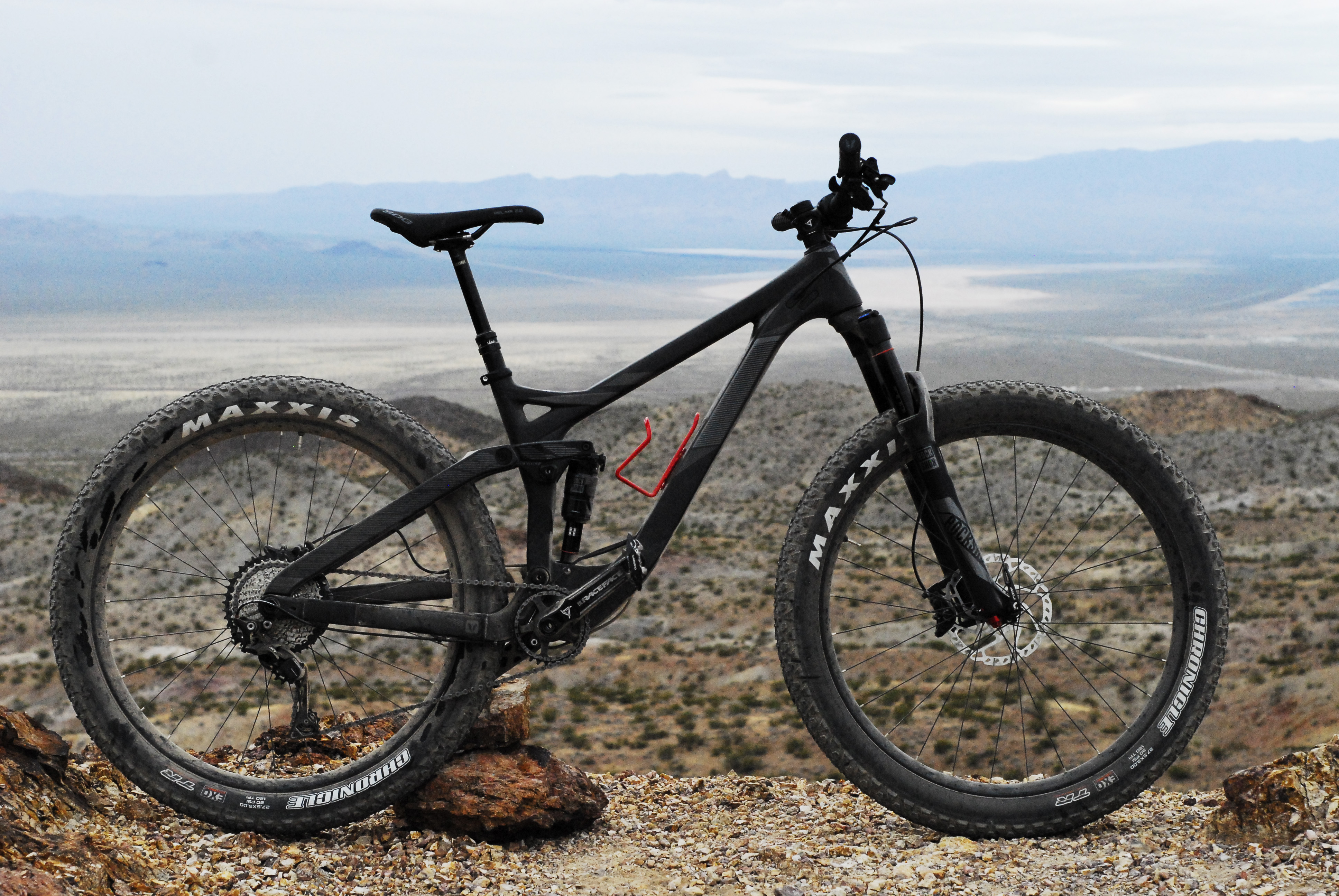 When I first grabbed the Devinci Marshall to take it for a test ride, there was a little bit of confusion amongst the Singletracks staff about whether or not we’d reviewed this bike last year, only under the name Hendrix. The answer, I discovered, was “yes and no.” Yes, the Hendrix from last year has been rebranded as the Marshall for 2017, because apparently, naming a bike after a rock legend’s last name is a no-no. But also new for this coming year is a carbon frame option, which is what I rode at Interbike’s Outdoor Demo. And hey, I guess a second opinion can’t hurt.

Devinci offers a wide variety of bikes, from road to downhill, but I’d say their line of full-suspension bikes is the most well-known (at least to me). The Marshall is labeled as their “trail traction” bike, and is designed to shine in unpredictable and unforgiving terrain. It is available with either an aluminum or carbon frame with Split Pivot suspension, each with two different build options: Shimano SLX/XT or SRAM NX. I rode the former.

This build also comes set up with Shimano SLX M7000 brakes, RaceFace Aeffect 40mm rims, Formula hubs, a RaceFace 30t crankset, and RaceFace bars and stem. Suspension is provided by a RockShox Pike 120mm fork up front and Monarch shock in the rear. Of course, as with most new bikes, everything is Boost-spaced. A RockShox Reverb Stealth dropper post and Maxxis Chronicle 27.5×3.0″ tires round out the package, which weighs in around 29 pounds for a medium frame. 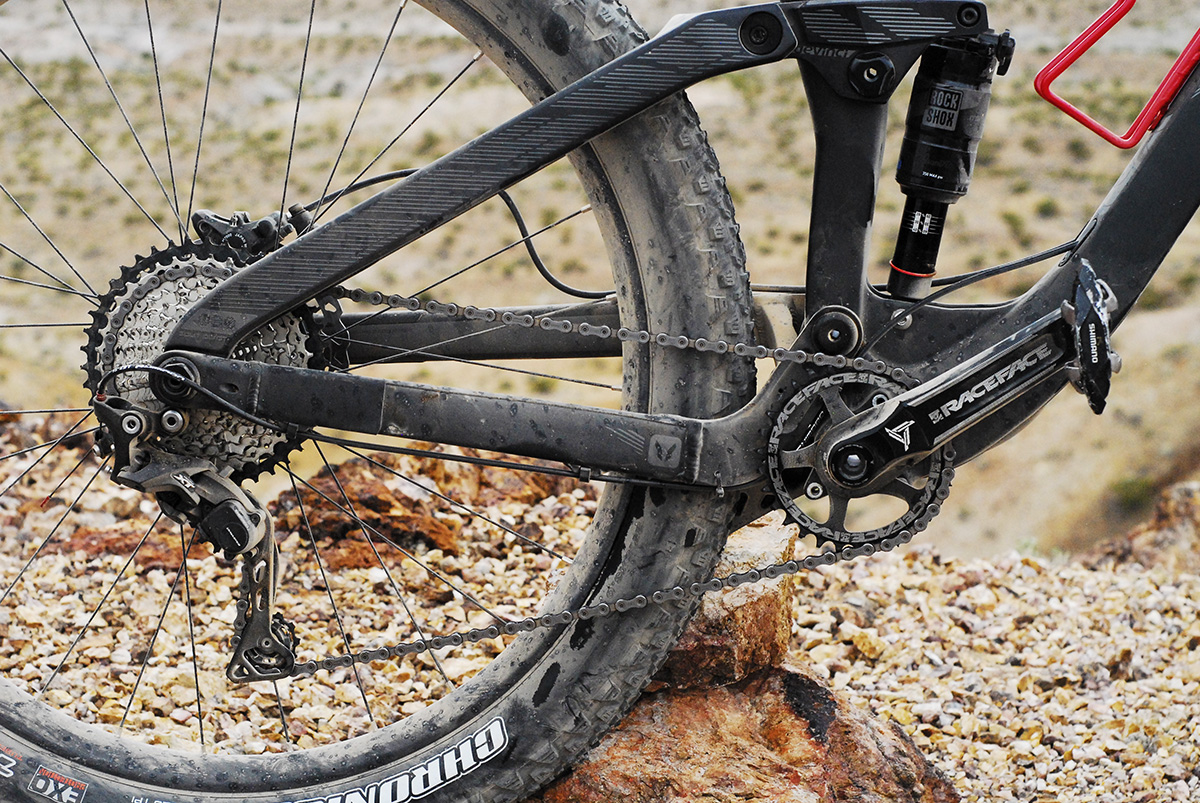 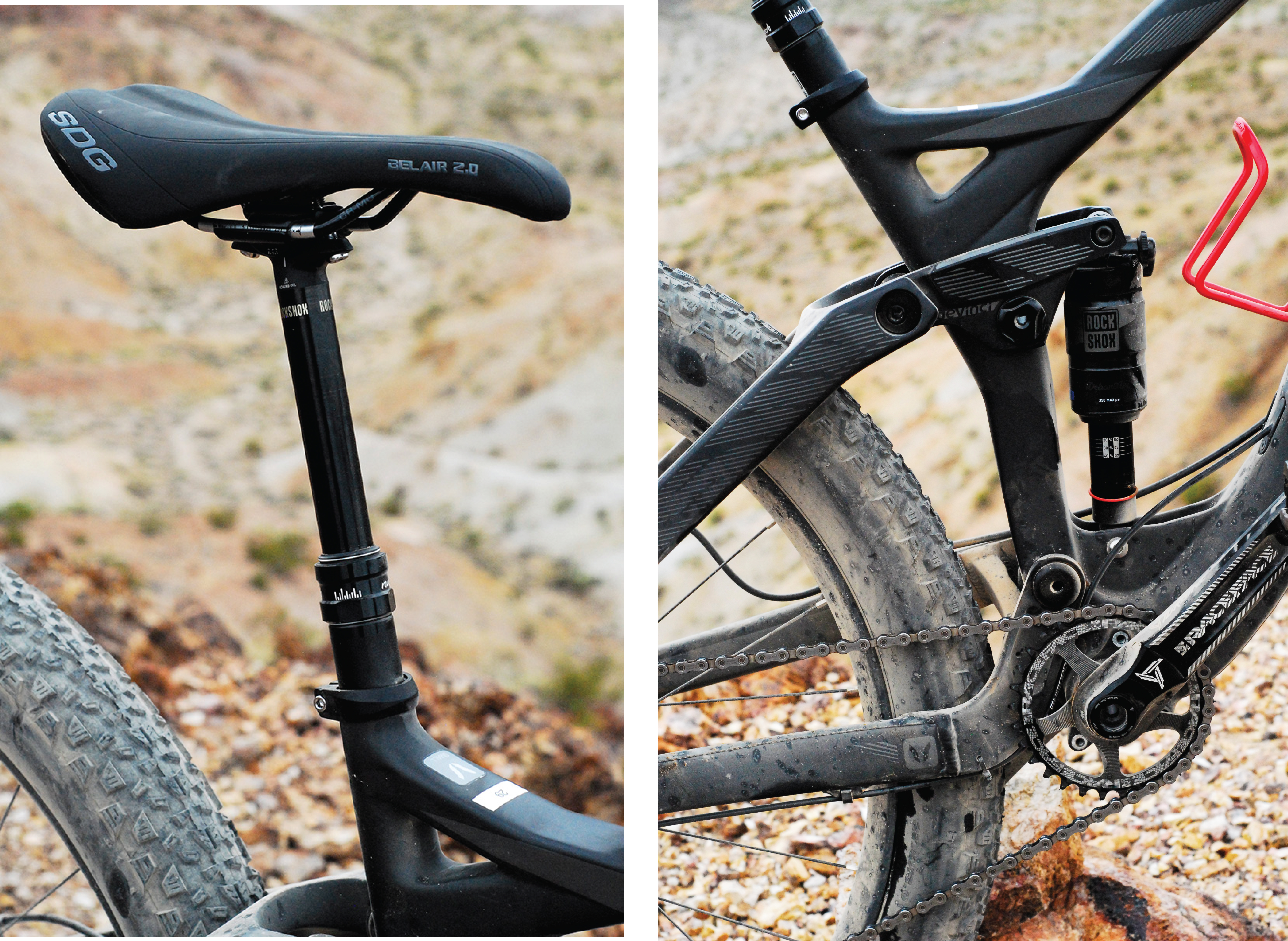 All of our test rides at Outdoor Demo started uphill on a dirt road, so climbing capabilities and impressions of each bike were assessed off the bat. The Marshall passed the test and was a surprisingly good elevation-gainer. The 800mm bars were a little wider than what I usually ride, but I found myself enjoying them. They offered extra leverage while climbing, and exceptional control while navigating the windy, twisty, ledge of a trail that Greg and I found ourselves on.

I’m not the biggest fan of heights, and while narrow trails that drop off into the abyss look really cool and scenic, the part of me that gets freaked out by such things often causes me to hop off my bike and walk features that I know I could ride otherwise. But I found that the Marshall felt stable and inspired confidence, and it had me ripping around tight corners with ease. 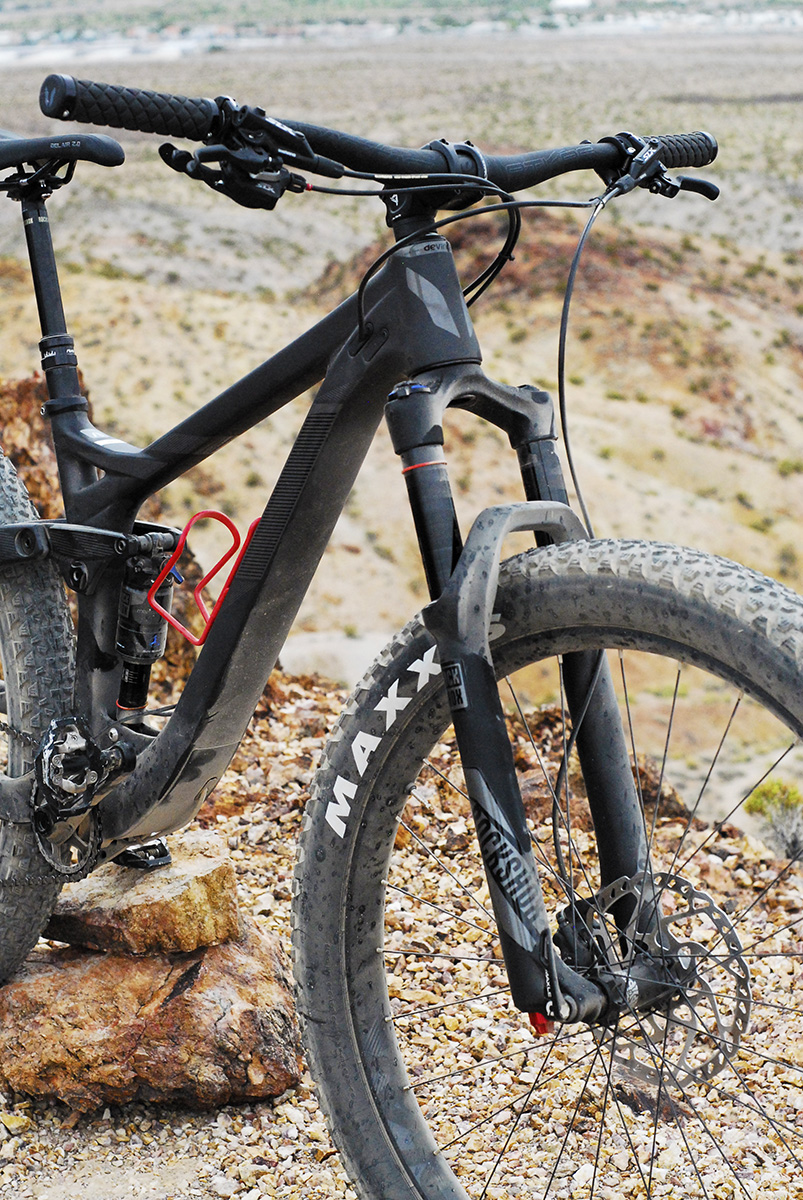 On the descents, the bike felt smooth and the suspension was well-dialed. As always, the plus tires did not disappoint, though the Chronicles weren’t quite aggressive enough for how I wanted to ride this bike in the loose, dusty desert sand and rock. I’d throw some knobbier treads on, but otherwise, the stock setup was awesome, based on my 5-mile test ride.

It’s hard to talk about comfort after riding a bike for only about an hour (or less), but I will say that the Marshall excelled in that department as well. Also, because I know color is absolutely most important when choosing a bike (just kidding), I should note that the matte black carbon “murdered-out” look is pretty sexy.

Check out the Devinci website for complete specs and geometry.