Plus bikes have carved out a comfortable spot in the mountain bike world and components to support them have followed suit. I join most bikers’ notion that a wheelset is the most important, albeit expensive, upgrade to any bike. With plus bikes, a wheel upgrade may be more important than ever as they suffer from heavy tires too often matched with OE wheels that share a similar obesity. Instead of splitting grams with various alloy wheels, I reached to the extremity of weight savings and performance with a plus-sized carbon wheelset from Rolf Prima – the Alsea Plus.

All Rolf Prima carbon wheels are hand-built and extensively tested in their factory HQ in Eugene, OR. Rolf claims each wheel is effectively built three times, undergoing two stress cycles to seat and stretch all components, ensuring superior quality out of the box. This painstaking build process enables a Rolf-made wheel to bypass any break-in period and run true for longer. 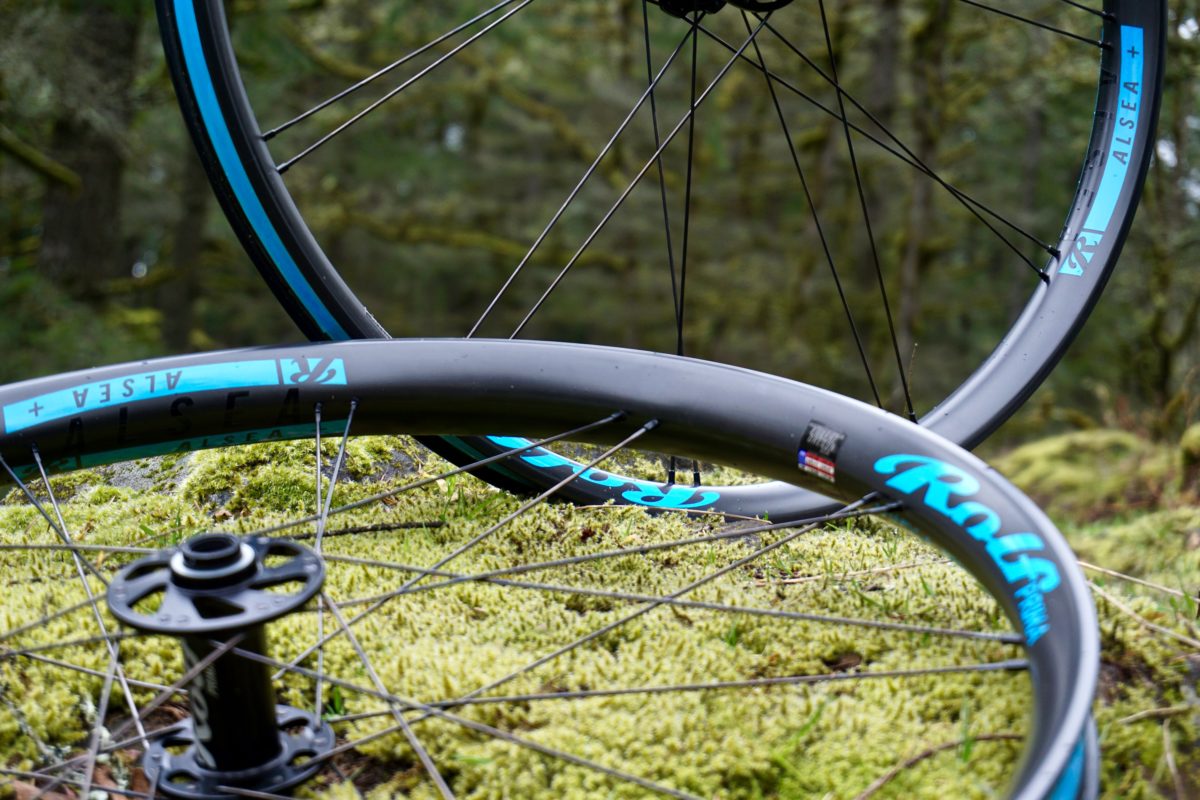 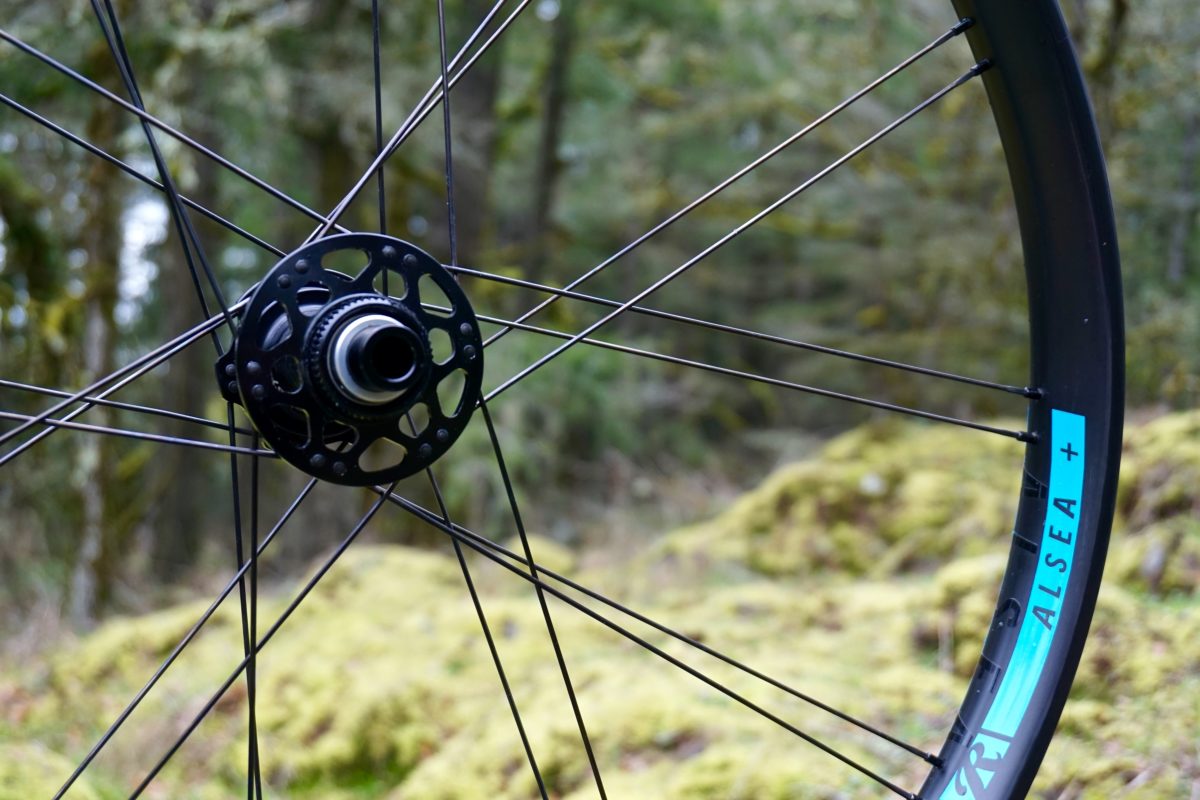 And why so few? That wasn’t a typo on the spec sheet; the Alsea Plus is constructed with 24 spokes front and rear! In fact, Rolf Prima has apparently designated 24 the magic number for spoke count on all of their carbon mountain rims. Rolf also stands out from the crowd as one of few wheel manufacturers who run their J-bend spokes to the rim bed as a pair, making their already-small numbers appear even smaller.

So, other than looking cool, are 24 paired spokes practical on a mountain rim?

The most important reason Rolf can get away with fewer than the standard 28-32 spoke count is due to the superior stiffness of carbon. Gram for gram, carbon is far stiffer than aluminum therefore requiring fewer spokes to resist lateral flex. According to Rolf, spokes meeting at the same point better offset pulling forces. Evenly-spaced spokes cause the rim to wander right and left during the tensioning process, which may force the use of lower spoke tension and a resultant spongier quality. Pairing spokes with a higher targeted tension neutralizes right-to-left pull and allows for fewer spokes. This benefits the rider with a lighter, stiffer, more aerodynamic, and faster wheel. 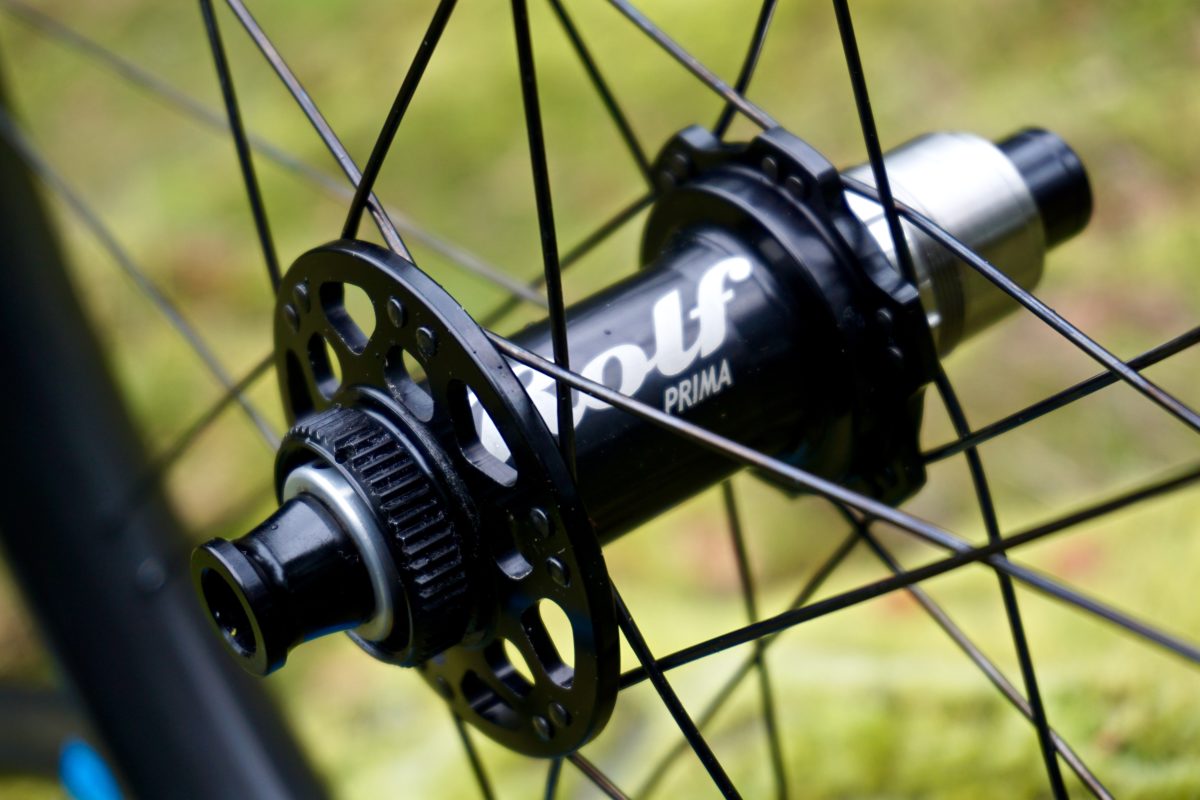 Perhaps as equally important as their proprietary paired spoke design is Rolf’s patented Differential Flange Diameter rear hub. The non-drive side rear hub flange is bigger than its drive side counterpart. Force applied throughout the pedal stroke transmits from the crank arm all the way to the rim to generate forward motion of the wheel. Somewhere in the middle of that equation is torque unevenly distributed from the drive to non-drive side hub and, ultimately, the rim. By increasing the non-drive side flange diameter, Rolf hubs spread that torque more evenly. The larger flange effectively acts as a lever arm in an otherwise mechanically disadvantaged system.

Of course, even with differing flange diameters there will still be inefficiencies. To ameliorate inevitable power loss across the hub, Rolf XST hubs (made by White Industries) have a CNC alloy shell, alloy front axle, steel rear axle, sealed enduro steel bearings, and a titanium freehub body. Both XST and XST2 hubs employ a ratchet and pawl design. The T2 version features a 48-tooth drive ring and three pawls versus a 28-tooth ring featured in the XST hub. 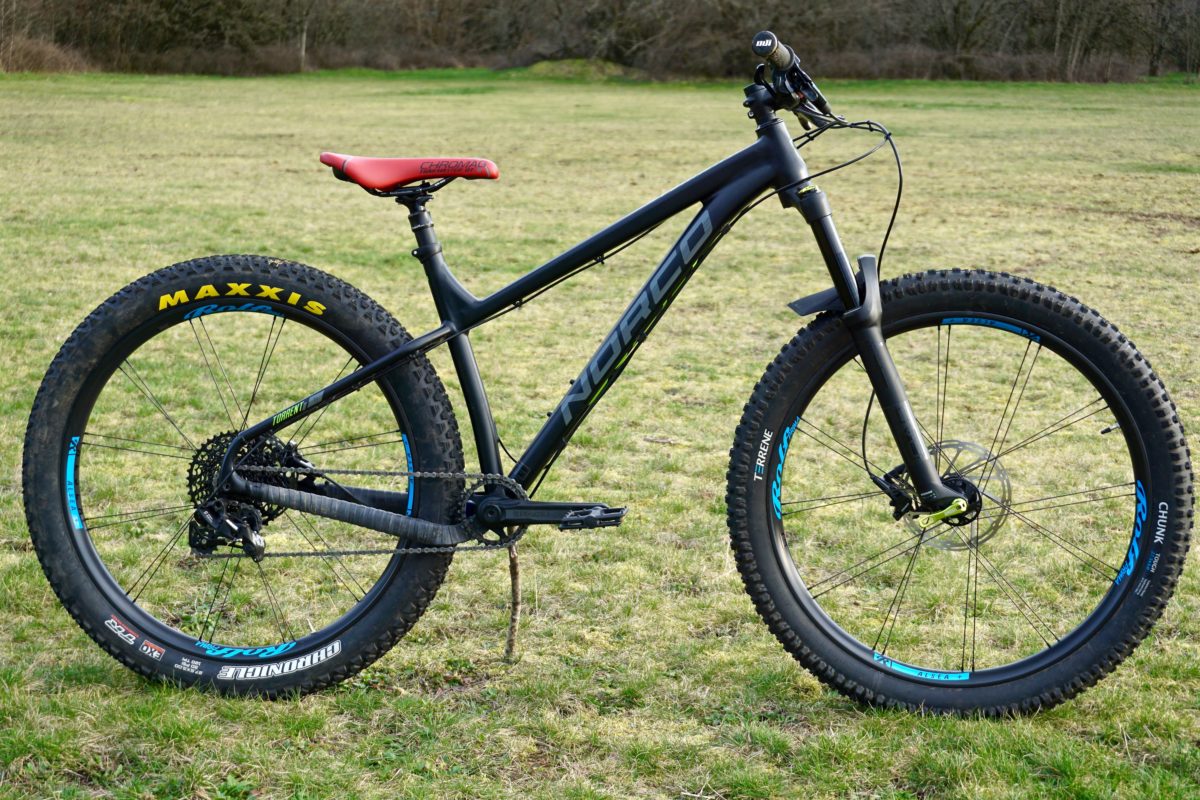 While Rolf Prima offers a number of hub options, I reviewed the Alsea Plus wheelset laced to XST2 Boost hubs on a Norco Torrent 7.1. The Torrent is classified as an all-mountain hardtail and comes equipped with a 140mm-travel DVO Diamond fork and a 15mm x 110mm thru axle. SRAM Level T is on brake duty with 180mm front and 160mm rear rotors. For tires, I went with a Maxxis Chronicle 3.0″ on the rear to further lighten up the load and a heavy Terrene Chunk 3.0″ up front to match the Torrent’s aggressively-charged geometry.

Mounting 3″ tires to Rolf’s 45/40mm-wide Alsea Plus wheels was no simple task, but this seems consistent with all wide wheel and tire combos I’ve tested. Although I didn’t need to dig up a moto tire iron, it took a fair amount of coaxing and a quick trip to the air compressor to seat and seal the deal. As is customary for any carbon rim, I ran pressures slightly higher than I would on an alloy wheel to prevent bottom out, which ended up being 15-17psi. 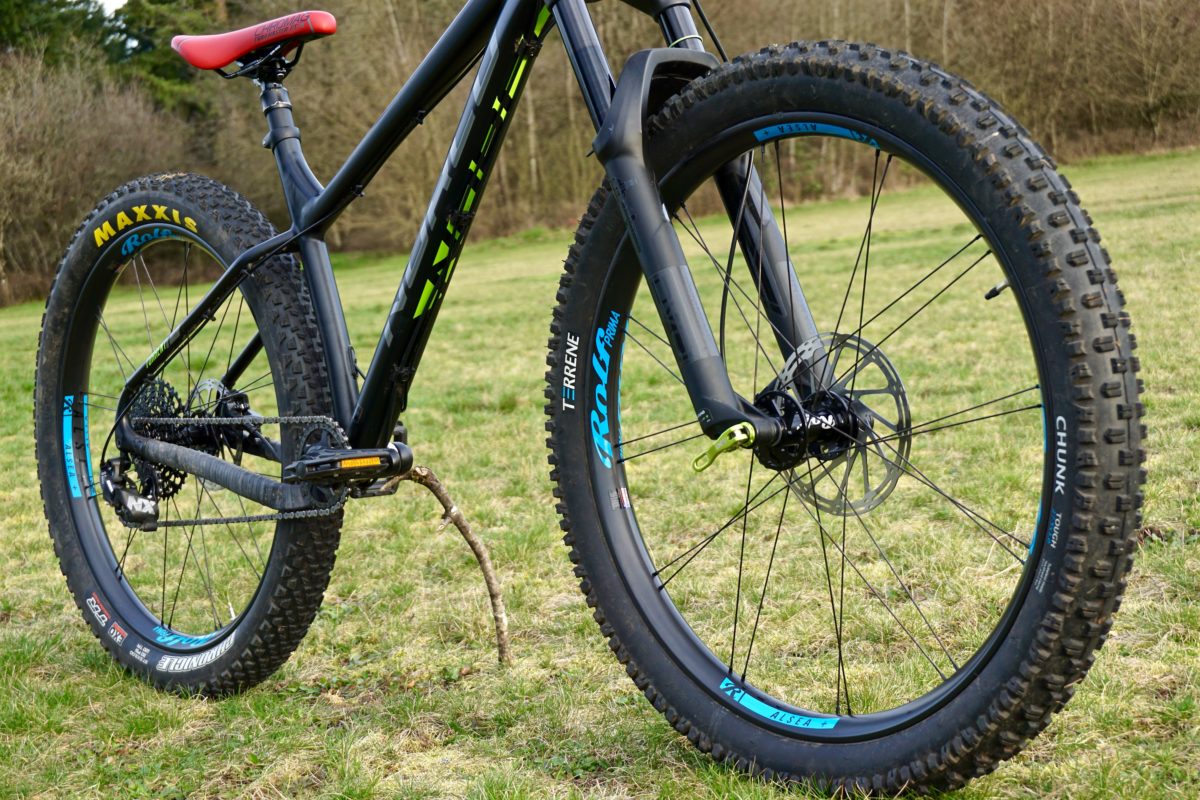 Among other criticisms plus tires and wheels face, weight is among the most difficult to justify. Aside from absolute weight difference when compared to non-plus setups, rotational mass is the last place you want additional heft. It should then come as no surprise that subtracting over a pound in wheel weight from my rig with the Alsea Plus carbon added another level of sprightliness in all aspects.

The Alsea Plus are quick to accelerate, unwavering through corners, and highly responsive to both slow and high speed technical maneuvers. Such an “active” characteristic came at the cost of a harsher feel when charging through stretches of rock and root or other repetitiously-technical sections. A little bucking off the back was expected considering I mounted the Alsea Plus to a hardtail, but this is where the benefits of a low pressure, wider tire came into play. Momentum, often lost on the weight of 27.5+ tires, is sustained by the sub-1,700g build and a high(ish) engagement hub that was ever ready for the next stroke. 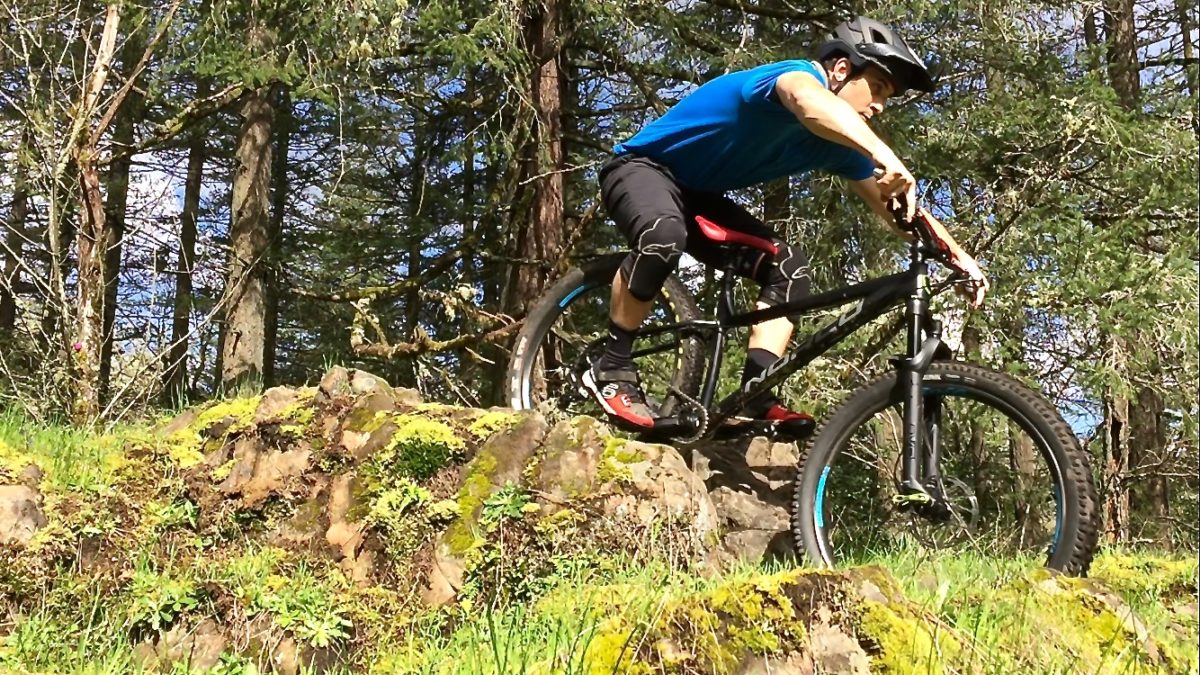 What wheel review would be complete without dropping terms like “laterally stiff” and “vertically compliant”? As far as the latter is concerned, I’ll do no more than drop it. Due to suspension, handlebar and stem flex, and variables in frame material and design, vertical compliance is difficult to perceive on any rim — alloy or carbon. More importantly, we are talking about a 40mm-wide rim with high volume, low pressure tires, each with a different casing. I have no idea if the Alsea Plus are vertically compliant, but the plus tires comply all damn day.

In regards to lateral stiffness, it’s possible the Alsea Plus rims overpower the low spoke count, causing lateral flex in parts of the wheel opposite of ground contact. Any carbon wheel is subject to opposite load deflection whereas alloy wheels conform more to lateral loads. Rolf Prima ameliorates the effects of opposite load flex with higher spoke tension, and any lateral play would first have to be ruled out in the plus-sized tire and casing. In short, the Alsea Plus wheels are stiff, but your 2.8-3.0″ tires are not. 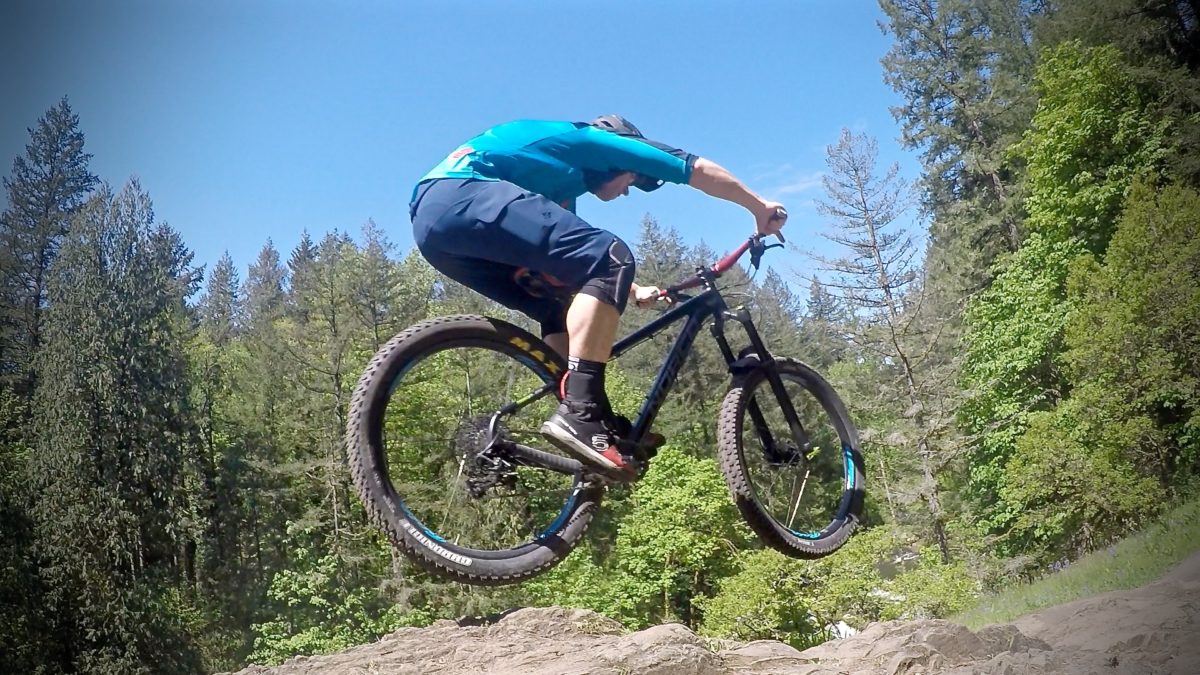 While a 24 spoke count seems like an accident waiting to happen, the Alsea Plus are as true today as they were when I pulled them out of the box four months ago. I wouldn’t necessarily agree that saving spoke weight is a game changer, but if it works, why not knock off a few more grams where it counts? Rolf is an example of a company that’s not afraid to explore territory chartered by few with an unconventional design that, if done right, should not be feared.

Thanks to Rolf Prima, for providing the Alsea Plus wheelset for review!