Mountain bike shoe brand Five Ten needs no introduction. However, in many ways, they seem to be reintroducing themselves, as a lot of riders are still unaware that Adidas owns Five Ten, even eight years after the fact.

For some, the big-company buyout is seen as good news, and for others, it’s bad. I have heard trailside banter and internet rants that since Five Ten bought Adidas, the shoes don’t seem to hold up quite as well. This of course could be anecdotal speculation spoken by riders or writers on an empty stomach.

The flip side is that Five Ten will continue to make mountain bike shoes, including classics like the Freerider, but will gain a plethora of new offerings with inspiration and design experience from Adidas. For now, this seems to be the case. As an additional note, Adidas is only putting their logo on shoes that were developed between the two brands, although the three-striped models are quickly dwarfing what Five Ten offered before Adidas.

During Crankworx Whistler, Five Ten showed off a bunch of new shoes, from casual Friday loafers to hike and/or bike crossover shoes. 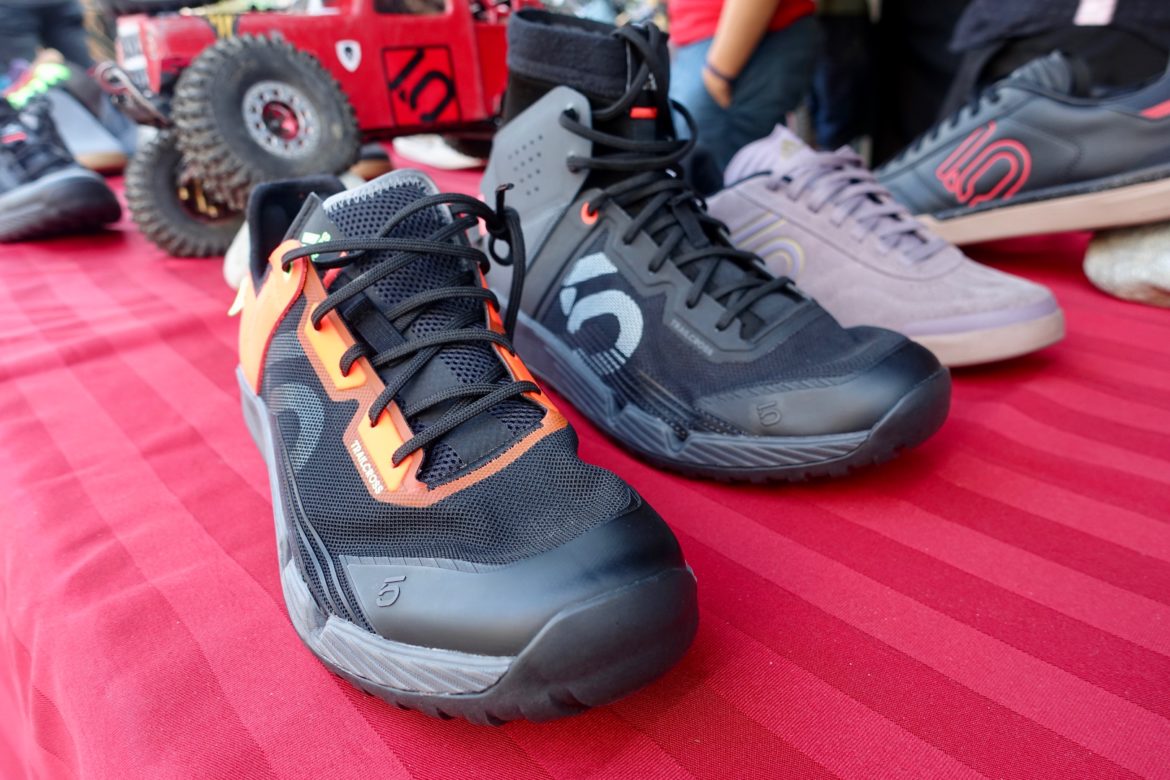 These Trailcrosses are set to debut next year and will be available in a low and high-top. The upper is a lighter-weight and more ventilated construction and there are drainage ports for water. Five Ten sees these shoes as geared toward trailbuilders who do a mix of hiking and biking. 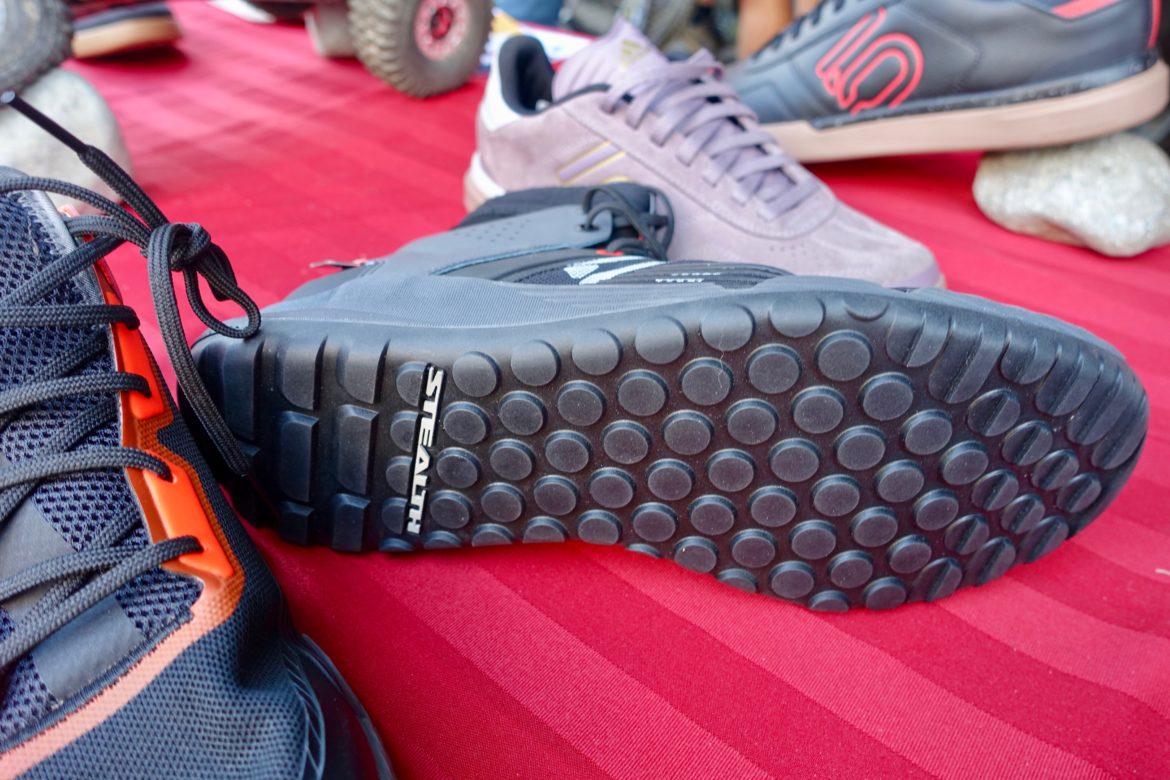 The sole is more flexible for easier hiking, but keeps the Stealth rubber for grip. 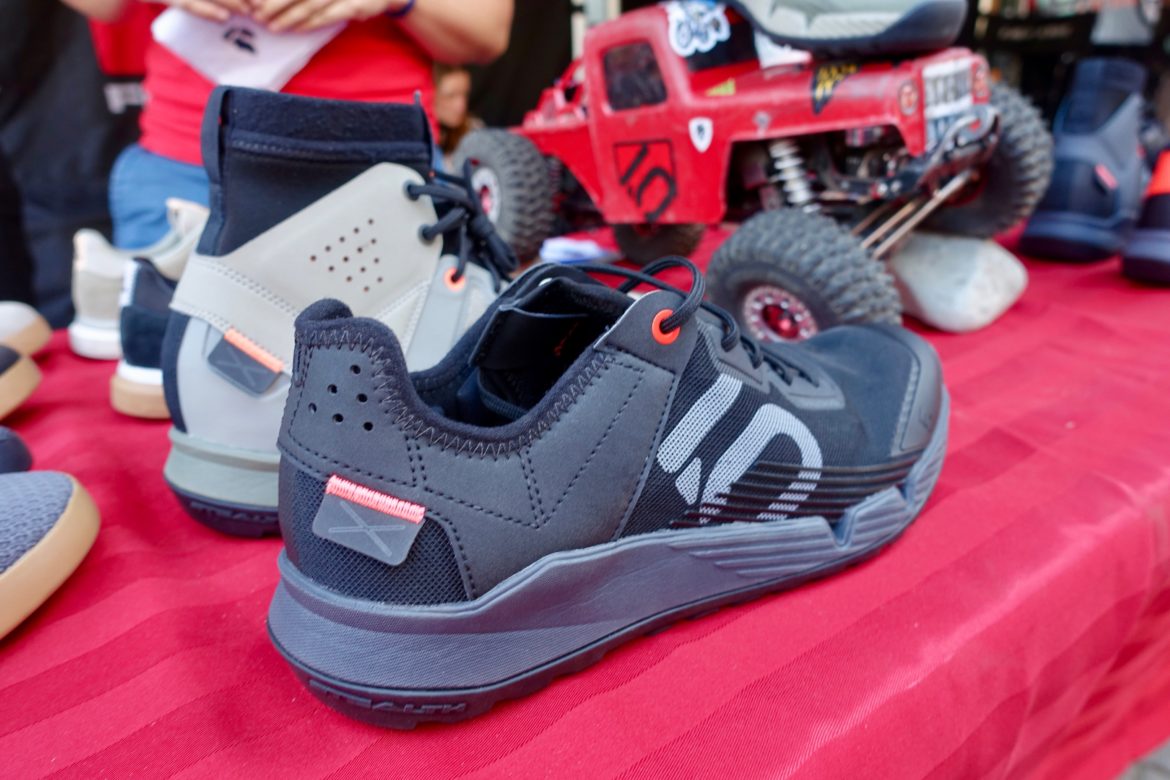 These were also on display at Five Ten and look like another hybrid hike/bike shoe. 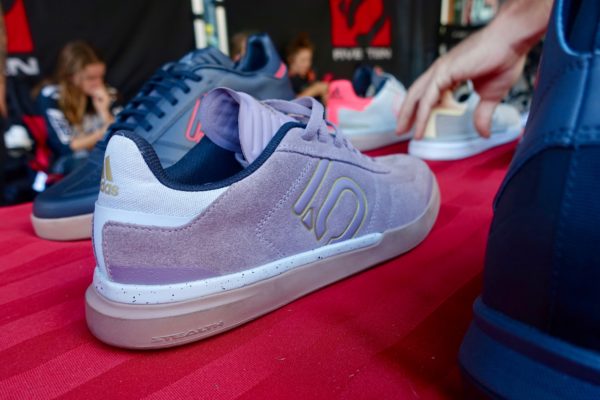 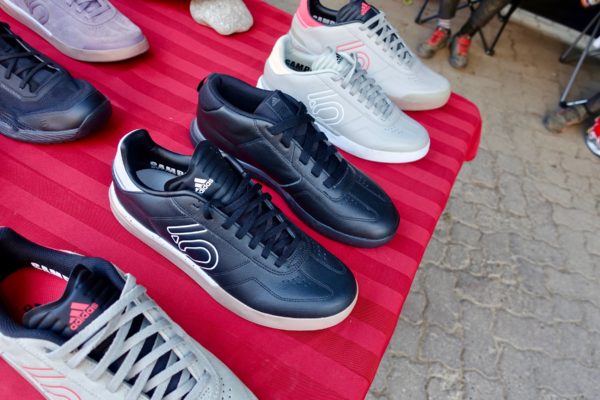 Here are a few fun takes that were also on display. They look like a blend between the classic Adidas Superstar and a Five Ten shoe. Maybe Five Ten will have a new dirt jumper shoe on their hands…