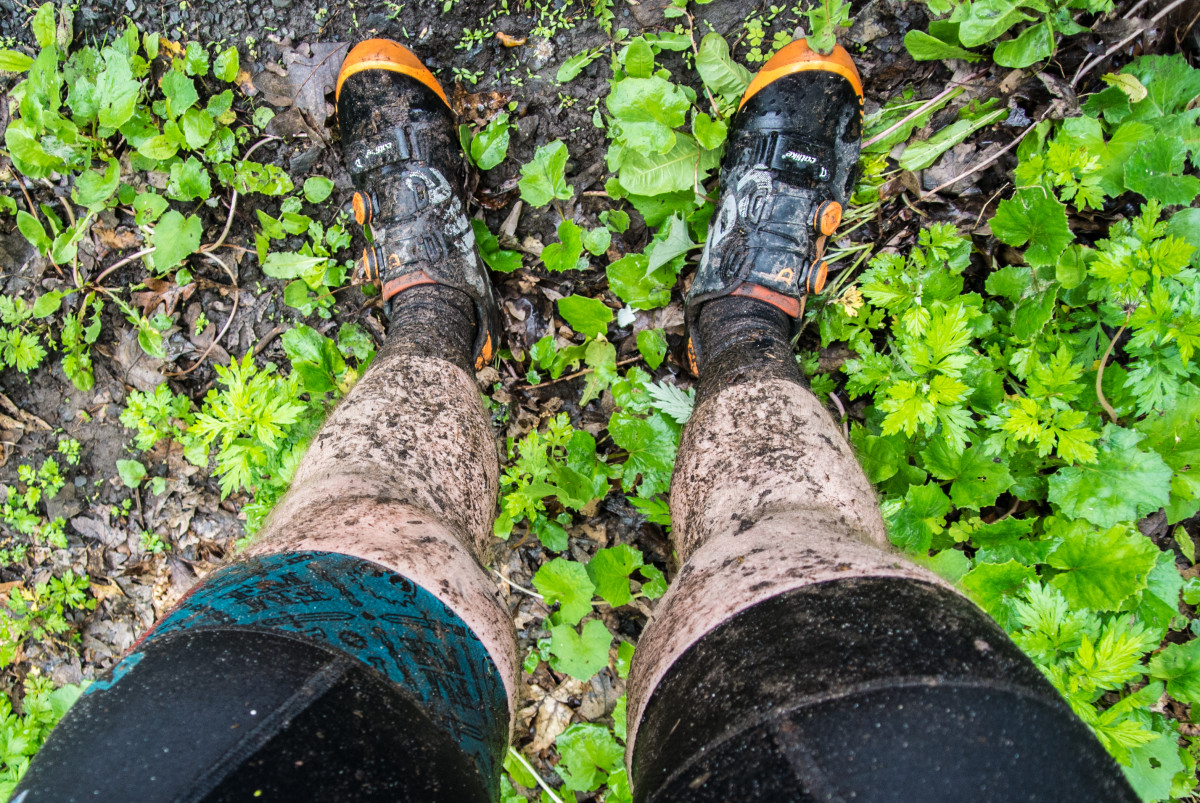 Unless you follow pro road racing, chances are you won’t be familiar with the Spanish brand Catlike. Back when I used to care about watching the Grand Tours, I would always notice their distinctive, wasp’s nest-looking helmets in the peloton. Now, Catlike is trying to increase their presence in the mountain biking segment with a trail helmet – the Leaf – along with a line of dirt-specific shoes.

In Catlike’s MTB shoe line there are three models. At the entry-level is the $100 Drako that uses three velcro straps; next is the Sirius at $120 that has two velcro straps and a ratcheting buckle; at the top you have the Whisper for $200. 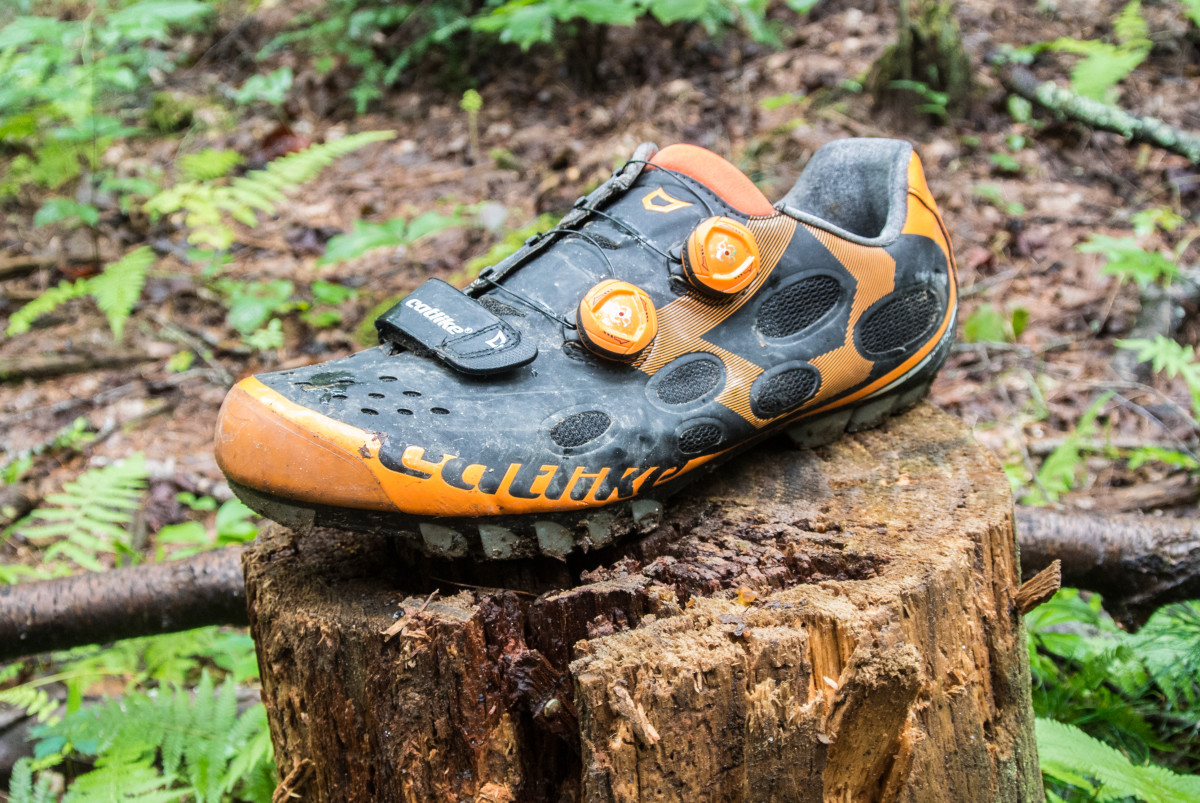 I first spotted the Whisper at Catlike’s booth during Sea Otter. Being a sucker for the color orange, the bright shoes immediately caught my eye (they’re also available in green, blue, and red). Catlike sent me a pair after the show, and I’ve been using them since.

The shoes are light at just 825g / 1.82lbs for the pair in size 46, and that weight includes SPD cleats. They are heavily-vented with mesh holes on the sides that echo the design of their helmets. The tongue of the Whisper is actually just a continuation of the upper, which attaches to the shoe via an elastic band. This design means the tongue is always centered and can’t move side-to-side or slip down.

To keep the Whispers on your feetsies, Catlike went with two Boa dials and a strap at the toe. I’ve been a Shimano shoe guy for a long time and mine have always had the two strap/ratcheting buckle setup, so this was my first time using Boa on a riding shoe. I really appreciated how easy the dials were to use and how fast I could get the shoes on and off. The dials offer plenty of adjustment to fine-tune the fit. As for the toe strap, it didn’t have any impact on the fit, at least for my foot. For me, it was just extra material. Even though there were only two dials on each shoe, they were plenty secure. 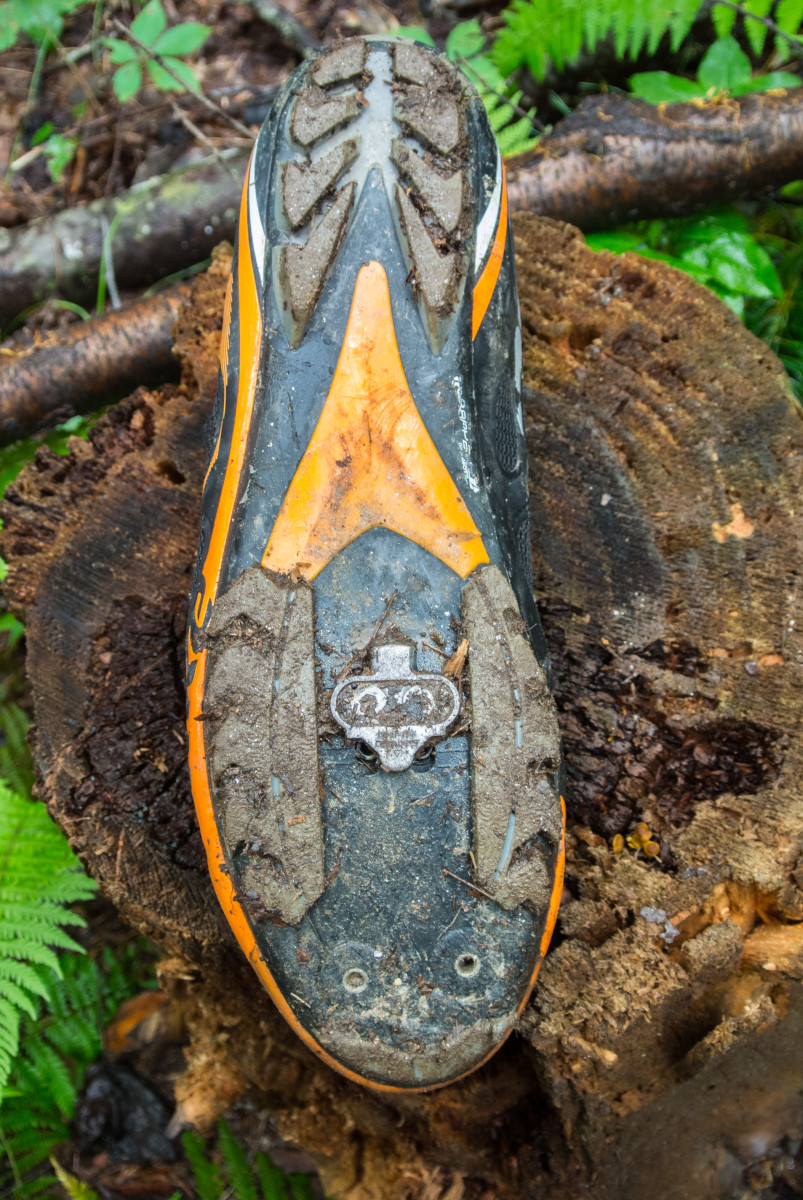 The outsole uses large, aggressive lugs, but the material is more plastic than rubber. They were fine for the occasional off the bike moment, but if you’re going to be doing a lot of hike-a-biking, these won’t cut it. Heel lift wasn’t an issue, but on wet roots and rocks the soles don’t provide sure footing. Considering these are intended for XC racing, that’s not a major hangup.

I usually wear a size 46 in shoes, which is what I ordered for the Whispers. The fit was comfortable – the length felt identical to the Shimano shoes that I’m used to, but the toe box is wider on the Whispers. I could tighten down the Boa dials so the shoes were snug on my upper- and midfoot, but my forefoot had plenty of space to spread out. Even though the toe box is widish, I wouldn’t classify the rest of the shoe as wide. If your midfoot is wide, these likely won’t fit well.

Catlike uses graphene along with nylon in the sole of the shoe.

Good question. From what I can tell, it’s essentially a bunch of carbon atoms bonded to one another that form a sheet. At least that’s what I gleaned from the Wikipedia article on the topic. The idea is that it adds stiffness and strength to the nylon without adding weight. Regardless, the sole is plenty stiff. Noticeably stiffer than my more trail-oriented shoes, in fact. I didn’t have a power meter to test this, but I felt more efficient with the Whispers.

I used the Whispers for racing – including the Trans-Sylvania Epic, for trail riding where chances of a hike-a-bike were slim, for road riding, and for commuting. Basically, I rode them everywhere except the backcountry. Even after several hours of pedaling, my feet remained comfortable: no hotspots, no pressure points. The minimal material and liberal use of mesh made them comfortable to wear in soaring temperatures. It also helped keep them from getting waterlogged in the rain or creek crossings.

With their lightweight construction and racing intentions, I thought the Whispers would be fragile. However, my experience so far has shown them to be just the opposite. After months of continuous use, they’re still looking great. The black uppers are easy to keep clean, if you care about those kinds of things. There is some wear on the lugs of the sole, but not nearly what I had expected. Both Boa dials still work as new, with crisp detents.

I like these shoes a lot. The fit – at least for me – is excellent. I actually prefer the fit of the Whispers to my standby Shimanos. I’m also sold on the Boa dials for retention as opposed to a buckle. The dials sit higher up on the shoes out of harm’s way. I can’t tell you how many buckles I’ve mangled on rocks over the years. While I didn’t personally need the toe strap to keep the shoes snug, it should be repositioned so it could actually be effective.

They aren’t great for hike-a-bikes, but they also aren’t as bad as some other race shoes on that front. I think credit there goes to the large lugs on the sole. However, these shoes were made for racing, where the goal is to stay on your bike.

The $200 asking price isn’t cheap by any means, but when compared to other shoes in this segment, the Whispers provide a solid value for the privateer racer on a budget.

Thanks to Catlike for providing the Whispers for review.