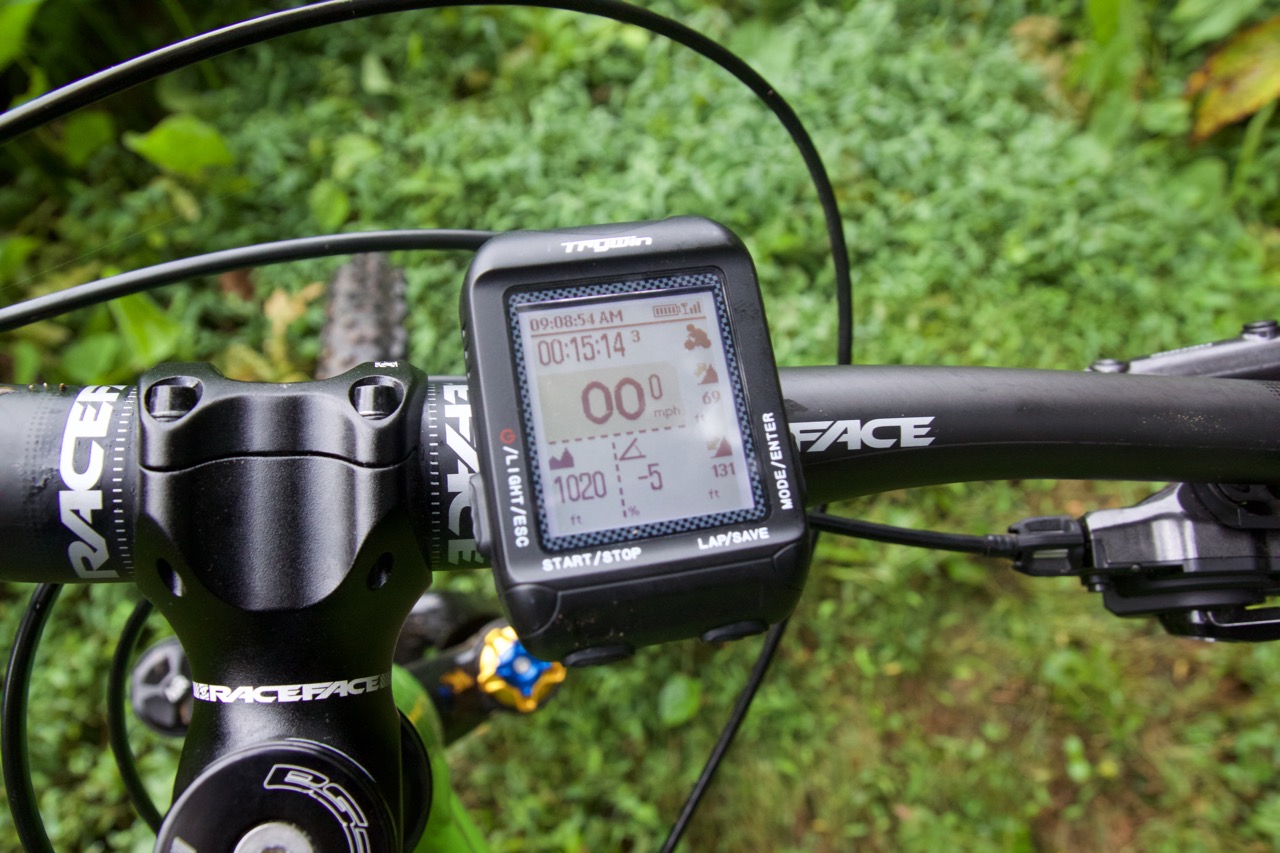 Does $37 for a cycling GPS sound too good to be true? With name-brand cycling GPS units starting at $130 and selling for as much as $500 (or even more), mountain bikers may be tempted to take a chance on an inexpensive GPS unit found online. I was curious too, so I purchased the Trywin D1 from Amazon.com and took it for a spin.

The Trywin D1 is a compact cycling GPS, about the same width as the Garmin Edge but  one inch longer. The entire body is made from plastic, features four buttons, and weighs about 54 grams. Mounting the Trywin D1 is a cinch: the bar mount attaches with two included silica bands and the GPS unit attaches to the mount with a twist. I found the mount to be very secure on the trail during my testing. 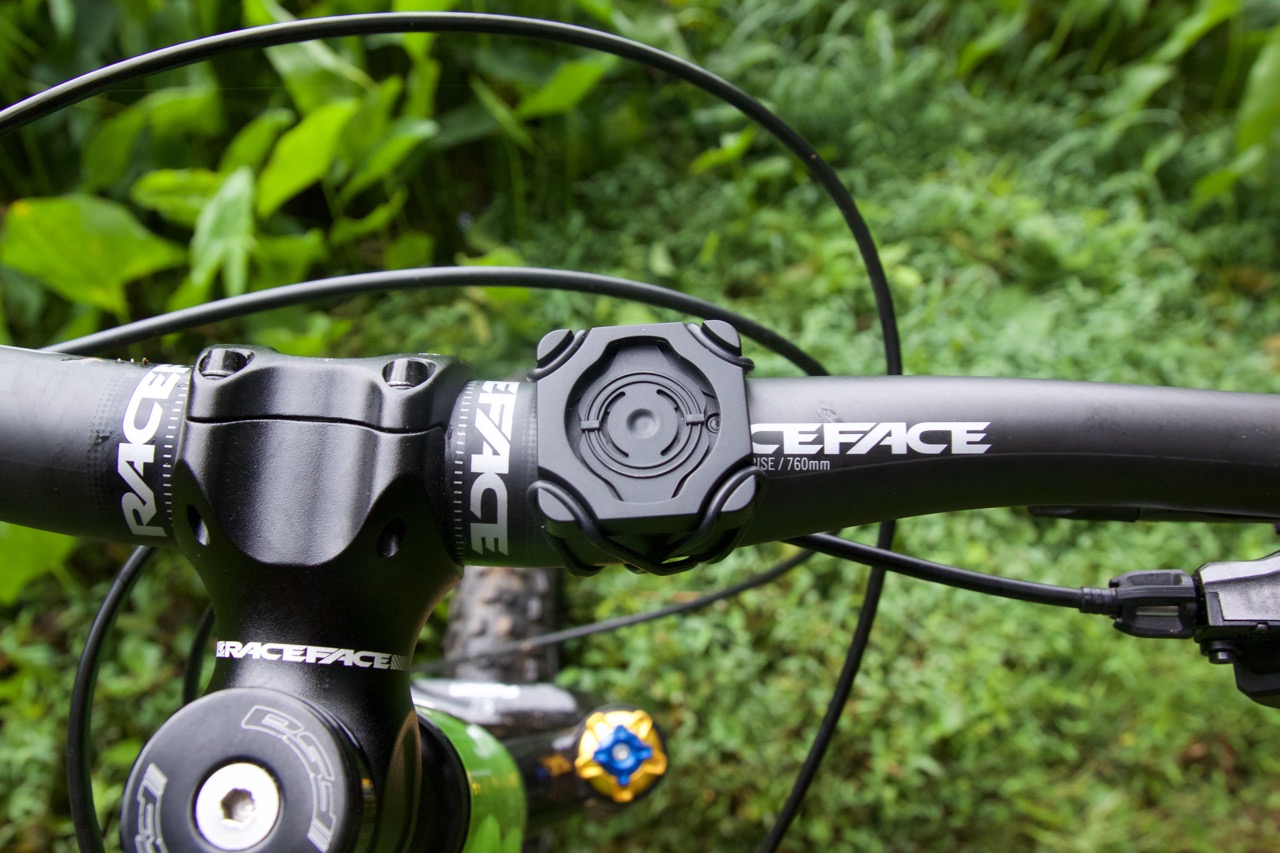 The backlit display on the Trywin D1 is black and white and features decent enough resolution. This isn’t the type of GPS one would use to navigate on road or trail; the display is really just good for showing things like speed, distance, elevation, and time. There are map and chart screens available, though I found them difficult to use, especially when concentrating on demanding trails. Finally, the unit includes a rechargeable battery and a USB port on the back. 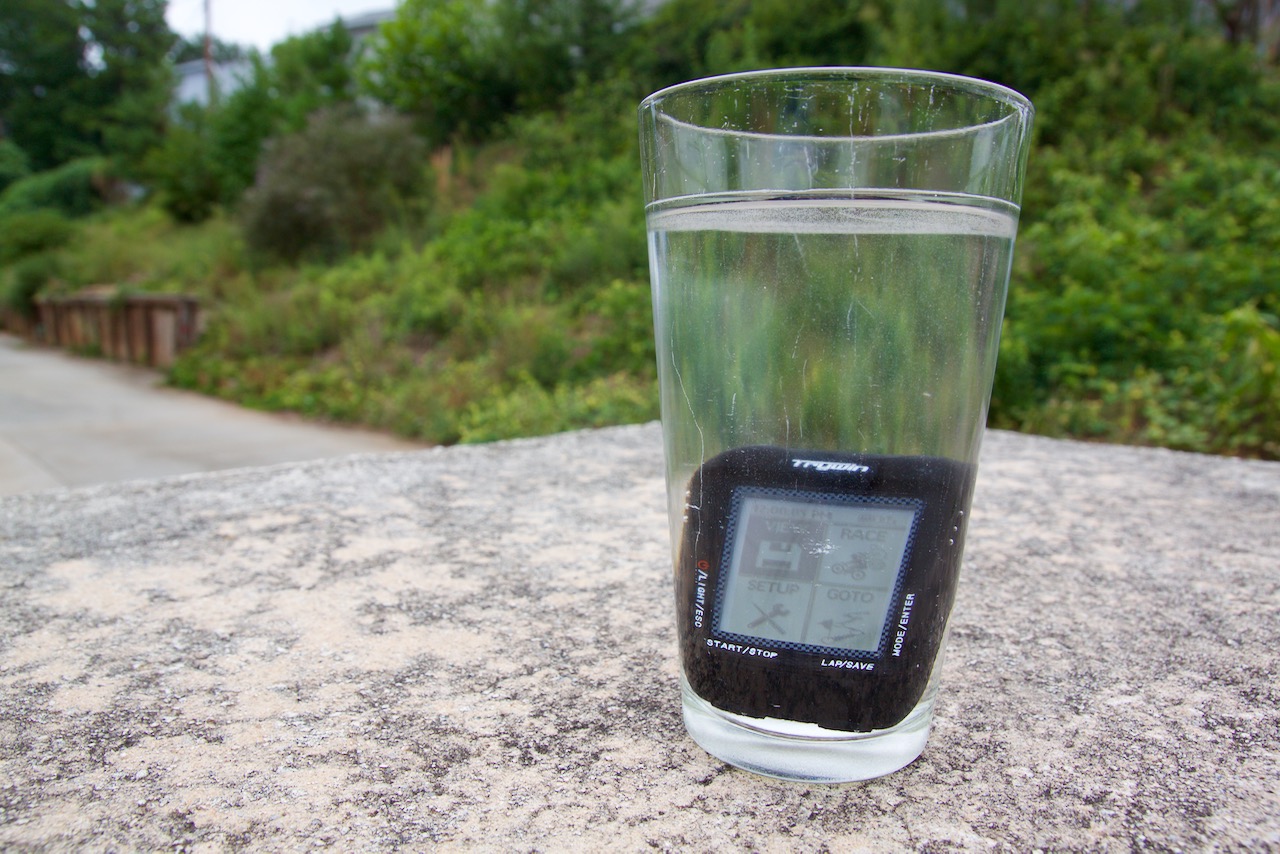 Trywin claims the D1 is waterproof to IPX7 which, according to the Wikipedia, means the GPS should be able to withstand submersion in water at least 150mm deep for 30 minutes. I decided to confirm this by placing the Trywin D1 in a glass of water which, admittedly, wasn’t 150mm deep but then again, who is biking underwater anyway? After nearly an hour the GPS showed no signs of fading. The LCD screen stayed dry and fog-free, even after re-booting later in the day.

Like most GPS units on the market today, the Trywin D1 is chock-full of functions, many of which most of us will never use. All the important stuff is definitely there: speed, distance, time, elevation, average speed, etc. The unit also features readouts on slope, compass heading, and even an estimate of calories burned. The display can be customized to make it easy to see just the metrics that are important to the user.

Trywin also includes a virtual competitor training function called Race Ghost, which might be helpful for those looking to improve speed.

Battery life has proven to be surprisingly good. My longest test ride was 3 hours long and the battery indicator showed I had only used about a third of the juice.

Satellite acquisition felt a little slow, especially compared to my smartphone, but in reality it usually took about 60 seconds or less to get a fix.

Admittedly it took me a long time to figure out how to start the timer and GPS at the beginning of my first ride. There is a clearly-labeled button that says “Start/Stop,” but that doesn’t actually work until you’re on the workout screen. Unfortunately, you can’t get to the workout screen from the main menu; it can only be accessed by holding down the “Mode/Enter” button for a couple seconds. The menus are far from intuitive but fortunately, the included Quick Start guide does a decent job explaining all the convoluted button combos you need to make the GPS work. 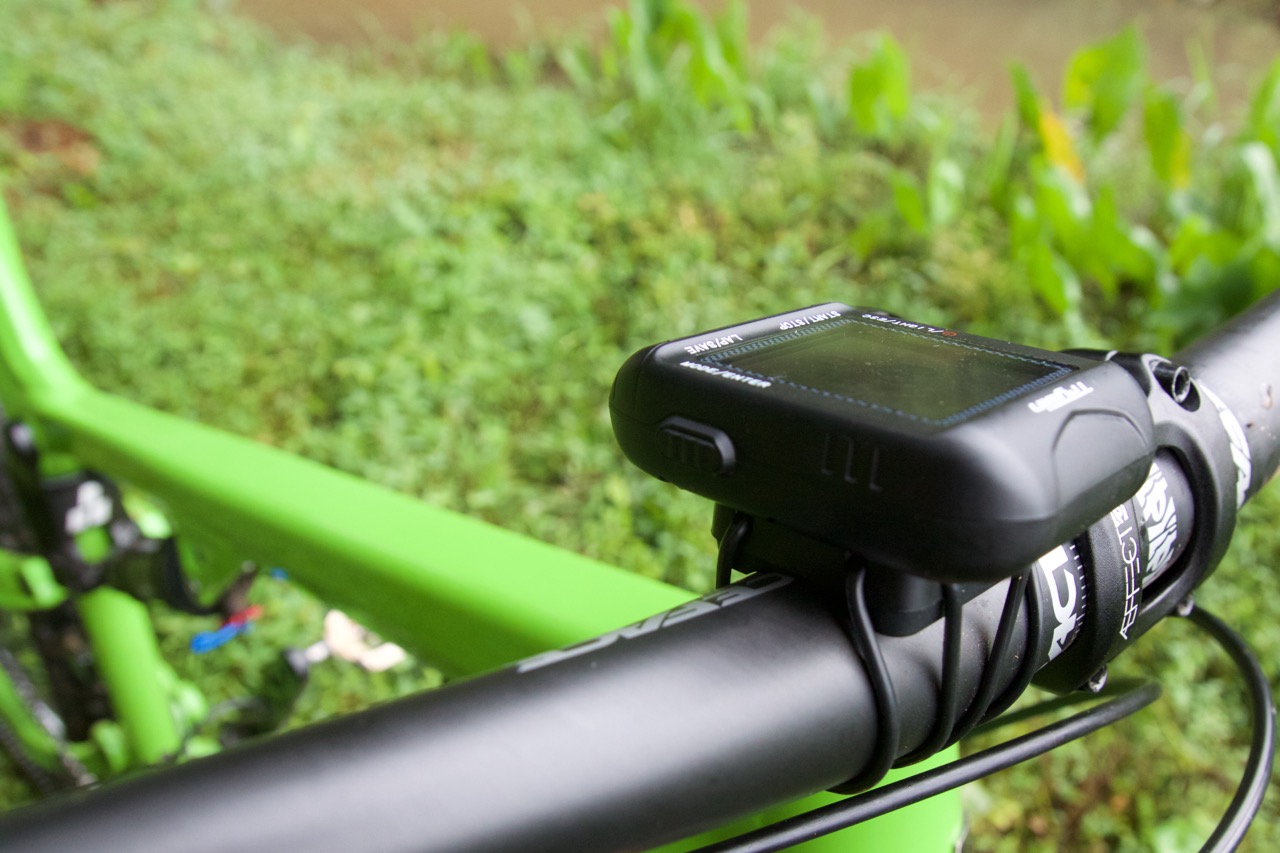 After the ride, data is saved to the unit, and it’s easy to browse past workouts to see stats about the ride. However, getting the workout data off the GPS and onto, say, Strava, is not very easy, despite the fact that the full Amazon product title for this unit is, and I kid you not, “TRYWIN D1 GPS Wireless Cycling Bike Computer Speedometer Odometer with Navigation, support GPX file upload to STRAVA and MapMyRide.”

The Trywin D1 ships with software that supposedly allows you to export data from the GPS into GPX format, which you can then upload to Strava, Garmin Connect, MapMyRide, etc. This in itself is pretty inconvenient, since units from companies like Garmin allow the user to upload directly to these services via a web browser. But there’s another hitch: the PC software is only available on an 80mm CD. That means the user needs to have a Windows PC with a tray-loading CD drive to even get the software.

This is all the more frustrating because, while it’s possible to read the data from the GPS when plugged into a computer via USB, the data is in a proprietary format. I spent a while digging around online, looking for a way to convert the data but had zero luck. I did reach out to the Trywin company via Amazon.com and also via email to ask about getting a download copy of the software, but haven’t heard back as of press time.

For mountain bikers who are concerned about data accuracy, don’t buy this GPS. Admittedly I didn’t perform a rigorous accuracy test on the Trywin D1, but from the few mini-tests I conducted, I found distances to be off by -3% to +7% compared to Strava’s iPhone app. Compare this to the units we tested a couple years ago, and the Trywin results would place this GPS at the bottom of the heap. The Trywin does try to make itself seem more accurate by reporting distances down to the foot for rides under a mile and to the thousandth of a mile for longer rides, but that doesn’t mean those distances are actually correct.

So who, if anyone, should buy the Trywin D1? Well, if you’re just looking for something to track speed and distance and are considering a non-GPS cycling computer, the Trywin D1 is a good choice. At roughly the same price as an old-school cycling computer, you get a ton of added features! But if you’re a fairly serious rider who wants accurate data to use with online services like Strava and Garmin Connect, unfortunately the Trywin D1 won’t cut it.