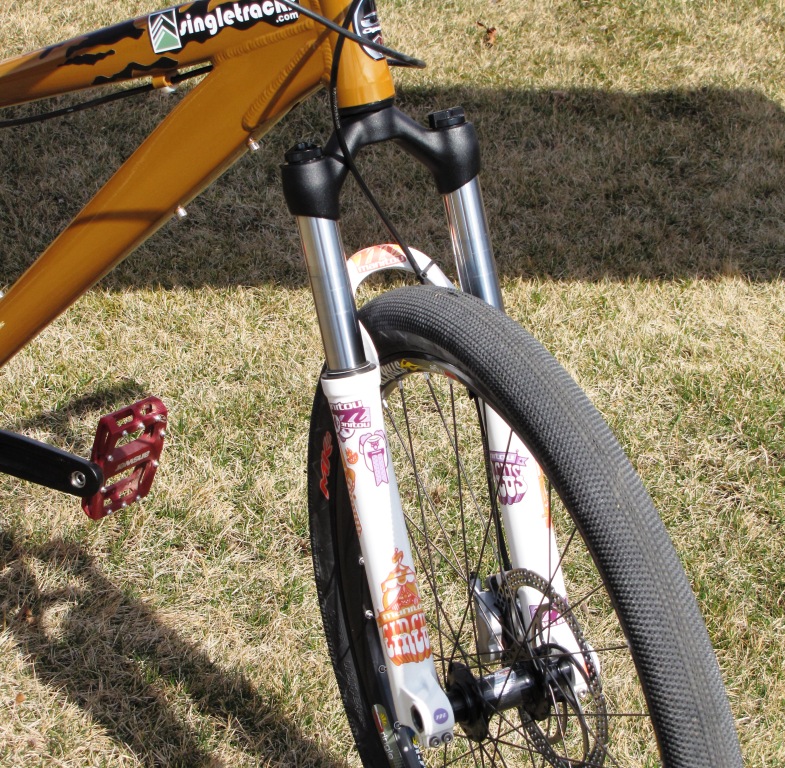 Here is a suspension fork that’s so much fun that the folks at Manitou even sent it out with a clown nose! Manitou has managed to integrate fun as well as technology into a new DJ (dirt jump) fork called the Circus. Richard Travis from Manitou told me part of the fun was to find an artist from outside the bike industry to put a unique and fresh spin on things. As Richard put it “(We wanted to) capture something different and non-bike like, something challenging but weird enough to remind you that the freaks are out there.” Very cool. The artist opted to use almost Python-esque graphics of clowns and other related paraphernalia which I was more than happy to adorn my fork with.

On the technical side of things, Manitou has two versions: the Circus Comp which I am reviewing and the more advanced Circus Expert. The Comp version that I received features 32mm 4130 chromoly stanchions that look like they can take a beating; and not just any kind of beating, but a full on gang brawl. The chromoly ensures this fork will last a long time, withstanding hundreds of hits and jumps. To keep the internals from bashing themselves to bits, Manitou added a unique dual bottom out bumper arrangement, an extra measure of protection for coming off big jumps and going into full compression.

The Circus also has a new casting for its lowers which increases strength, stiffness, and durability. Manitou went and tweaked their new Absolute+ damper and tuned it specifically for jumping, increasing the high-speed compression dampening a touch. You can jump with the Circus in lockout all day long without damaging the internals thanks to its high-speed shim stack (you probably wouldn’t want to do this, but for lazy folks it’s possible). 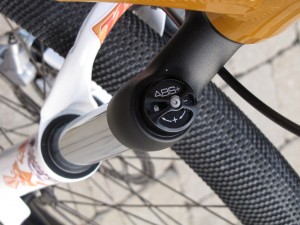 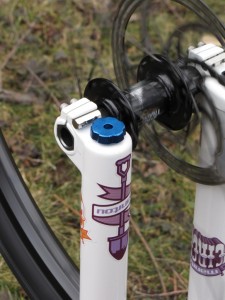 I had the pleasure of meeting up with Jon Wells, one of the shredders who did some of the initial testing on the Circus (other riders like Dustin Greenall, Steve Romaniuk, and Garett Buehler rock the Circus DJ as well). Jon has put in some time on this fork and gave me a few pointers on setting it up. With his suggestions in mind and after a few hours riding the fork myself, I managed to get my Circus dialed in super fine. 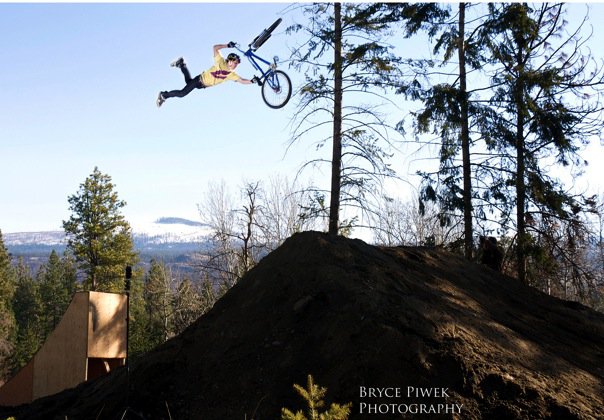 Setting up the Circus Comp was rather easy. It took about half an hour to get the steering tube measured, cut, and star nut installed. It took another 15 minutes to get the fork on the bike and the front brake attached. Make sure you follow all instructions and torque settings for optimal results.

The Comp is a coil spring pre-load unit which does not require air to set. I found a few clicks (clockwise) was enough to get the right amount of sag (I personally use very little with this shock). The adjustment on the pre-load along with the spring that is supplied is good enough for riders up to about 220lb. During the winter months when I’m not riding every day my weight tends to migrate to nearly 200lbs and this fork works well for me.

After setting up the pre-load, I like to work on setting the compression (ABS+) knob. I typically turn mine in all the way to lockout then back it off about 3 clicks. In terms of rebound I prefer to set things right smack in the middle. I find this combination of compression and rebound settings works best, giving me a fork that has just enough give in it to take the sting out of almost anything while still giving me full feedback from the course.

I really loved the quick response of the Circus, especially running around the pump track. I found the fork was always working for me rather than trying to play catch up as I cycled the fork up and down over the track. If you take a peek at the video below, paying close attention to the fork as it’s rolling over the pump track, you can see that it tracks perfectly without bouncing. This is a great trait for any fork to have: the fork is holding your mass up while controlling and isolating the movement of the bike. In the case of poor tracking you would see unwanted movement which often feels as if the front end goes mushy.

For a fork that is under $400, the Circus Comp is tough to beat. The fork works perfectly, it tracks well on the pump track and off the jumps, and I have to say it puts a big smile on my face. If you’re planning on hitting the local jump park frequently I would recommend you give this fork a close look. As an added bonus you get some really fresh graphics to make the fork uniquely your own. And don’t forget your clown nose!

I like to thank the folks at Manitou for providing the Circus DJ Comp for review.