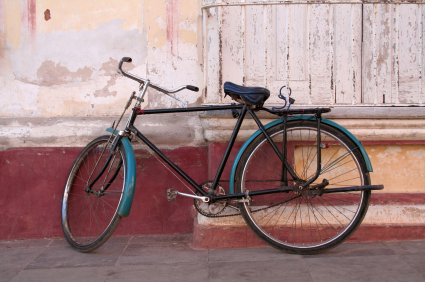 We first read about this last fall and we’ve been meaning to write about Cuba’s newly formed mountain bike team. The team was created last year ahead of the 2010 Central American and Carribbean Games which begin later this month. The CACG mountain bike competition is being held at Rincn in Puerto Rico on July 29.

The Cubans aren’t planning on fielding female competitors this time around; instead, much of the focus seems to be on training and securing proper equipment for the athletes. In the article we read, the team’s trainer said they were looking for bikes with “specific requirements like braking systems and shock-absorbing parts.” This focus on getting basic equipment for the team isn’t too surprising given that the Cuban team suffered disappointing results at the 1995 Pan Am Games mostly due to outdated bikes.

If you’ve ever been to Cuba or seen photos, many of the automobiles on the road there today are from the 1950s so we can’t imagine what the state of the art is for mountain bikes in that country. We’re thinking modified Schwinns from the 1930s and 40s, ala the original mountain bike klunkers (though in reality the team probably has access to mountain bike equipment from the mid-1990s). Some folks here in the US actually still ride (and race!) klunkers but that’s another story for another time.

Whatever the Cubans end up riding at this year’s CACG in Puerto Rico, hats off to the athletes for saddling up and hitting the trail. Who knows, maybe one of them will make the podium ahead of the guys on $10K rigs!