As one of six kids in a solidly blue collar family, summer camp wasn’t an option. We would instead spend a few weeks each summer visiting our grandparents in rural Michigan. Some of my favorite childhood memories are from  time spent exploring my grandparents’ farm with my siblings. I never felt like I was missing out on summer camp because I never got to experience it.

That is, until I raced the Trans-Sylvania Epic (TSE). This seven-day stage race in Central Pennsylvania bills itself as “Singletrack Summer Camp,” and I couldn’t think of a more apt description.

You don’t end up in Central Pennsylvania by accident. The nearest sizable town to the race venue is State College–home to Penn State University–and it’s almost 20 miles away. Pittsburgh is about three hours to the west and Philadelphia is three hours to the east. When I pulled into the Seven Mountains Scout Camp I hadn’t had cell coverage for over an hour.

You are squarely in the middle of nowhere.

If you were filming a movie and needed the most quintessential summer camp you could find, this would be it. After dropping off my gear at the Eagle Lodge where I’d be staying, I wandered around the camp. There’s a lake for swimming, fishing, and paddling, a pool, cabins and lodges of all sizes, and clusters of raised wooden platforms covered with Army green canvas tents. The Scout Camp covers 230 acres and is adjoined by several state forests. 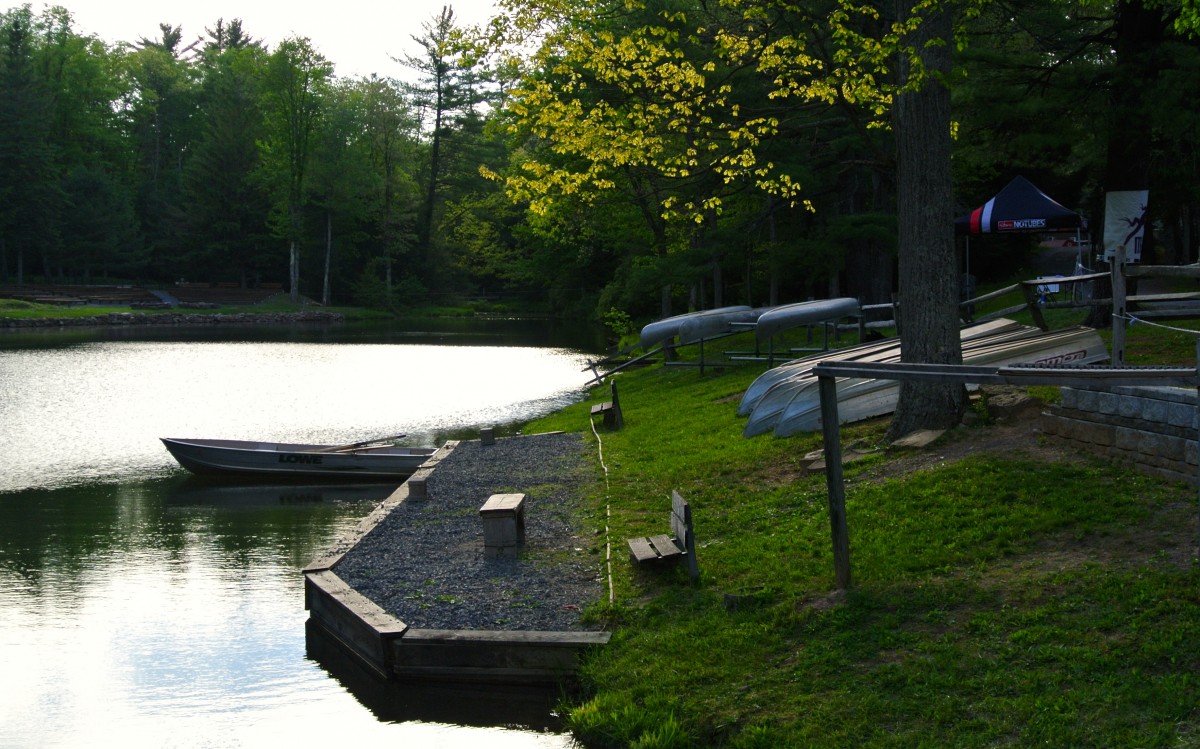 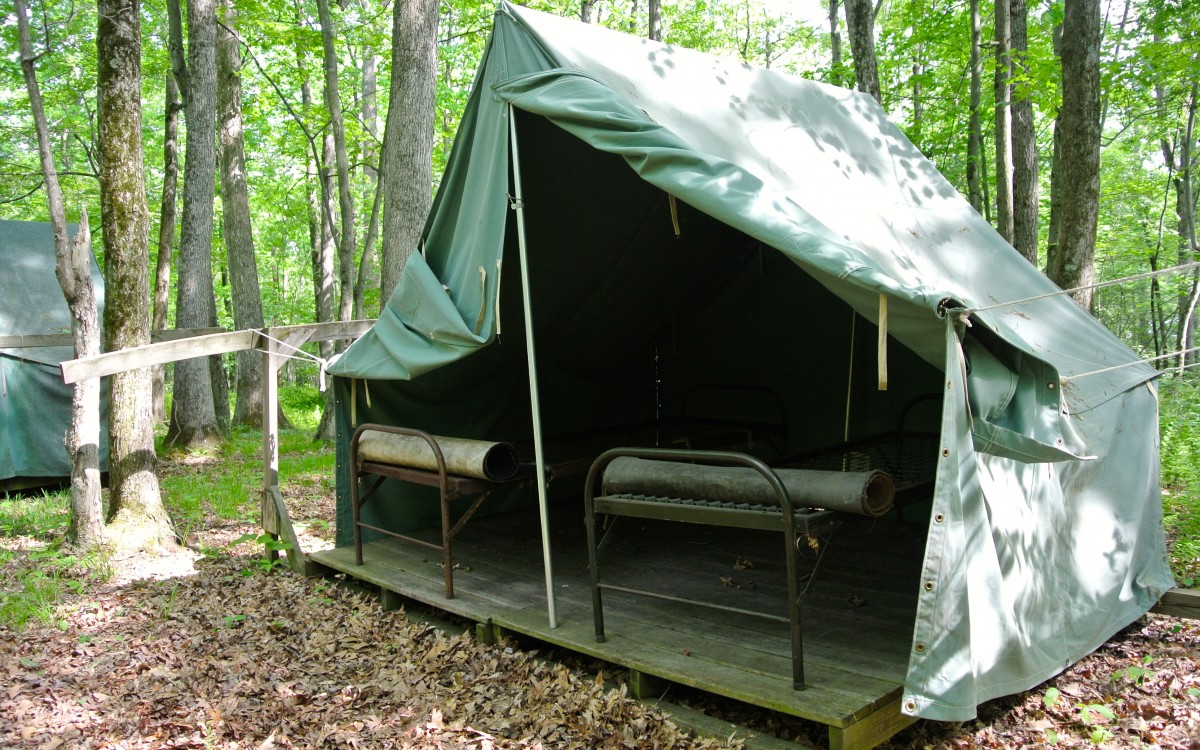 The mood at camp was relaxed. Most racers had already arrived, but with the size of the camp everyone had plenty of space. I went to registration, but was greeted with a sign that said to come back in the morning. Since I had just spent a day and a half in the car, that was fine by me. I wanted to get out on the bike and stretch my legs.

Densely forested mountains surround the area and the valleys between ridges are dotted with picturesque Amish and Mennonite farms. It reminded me of the northwest corner of Georgia, and for good reason: the mountains in Pennsylvania are part of the same range.

On my ride, it quickly became apparent that the unassuming mountains were hiding the rockiest trails I’ve ridden this side of Moab.

Each rider was assigned an RFID chip at the beginning of the week for timing. Before the start of each stage, riders were required to sign in and clear their chip for the day. Once you crossed the finish line there was a scorer’s table that scanned your chip to get the day’s results. Timing out on the course was seamless, with no need to stop and scan before the Enduro or East Coast Rocks segments. This kind of technology doesn’t come cheap, and we were reminded not to lose our chips unless we wanted to cough up the $150 to replace it.

Throughout the week the signage for the racecourse was flat-out the best I’ve ever seen. This may seem like an odd thing to mention, but if you’ve ever been deep in the pain cave, missed a poorly-marked turn, and ended up off course, you know how important signage can be. Huge kudos to promoter Mike Kuhn and his team for this!

The week kicked off with a 15-mile individual time trial. The course started with some of the trails on the Scout Camp’s property. These trails were tight, technical, and awkward. Luckily, I have plenty of experience riding just these types of trails here in Atlanta. The urban singletrack I’ve spent countless hours on was the perfect training ground for these parts.

It’s hard to overstate the amount of rock on the trails here. The rocks come in all shapes and sizes from loose gravel to baby heads to boulders. They all seem to share one common characteristic, though: each rock is perfectly placed to stop your forward momentum.

On the gravel road sections I pushed hard and I ended up passing a handful of other riders. There were two Enduro segments, both quite chunky but not very steep, and one flattish East Coast Rocks section. I caught one more rider right before the finish to cap off a solid start to the week.

Gear
Reach is Too Long and Seat Angles Too Slack on...
Community
Thanks for Reading Singletracks
Community
Women’s Freeride Progression this Past Week has Been Absolutely Insane:...
Trails
Tremp, Spain: A Bike-Optimized Trail Oasis Below the Pyrenees
Subscribe
Login
Please login to comment
1 Comment
Most Voted
Newest Oldest
Inline Feedbacks
View all comments