About twice a month since April, my Xbox has earned its keep by bringing me high definition streaming of the World Cup, where the creme de la creme race mountain bikes through mud and over rocks that I probably couldn’t even walk without embarrassing myself. This past weekend the World Cup came to my back door as the top Americans in Dual Slalom and Downhill duked it out at the Angel Fire resort in New Mexico. 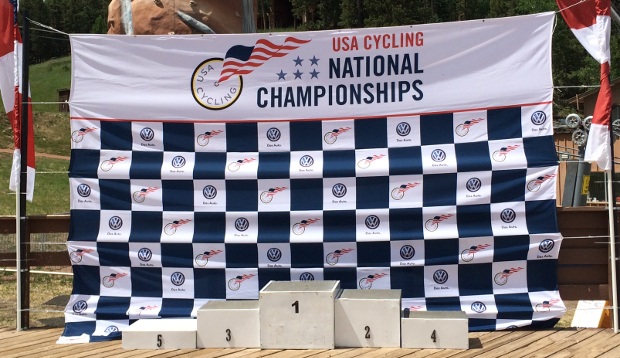 This being my first time at a USA Cycling National Championship event, I expected there to be hoards of people in attendance. Though my husband and I brought our 29″ all-mountain bike to ride at the bike park, we had very low hopes of doing so without being overrun by bikers who only ride park.

Disappointingly, there were very few in attendance that were just spectators. I was quite surprised given the field, including Kintner, Gwin, Mullaly, and Ropelato. Three days of racing provided ample opportunity for us to watch races and ride the park. On the bright side, it meant that nearly everyone you rode the lift with were racers, resulting in very interesting conversations with both amateurs and pros alike.

The highlight of Saturday was the dual slalom, where both Cometti and Kitner blew away the competition.

Sunday featured the downhill race for all categories, including pro. The weather was gorgeous for the entire weekend, but the downhill race course ended up being brutal. Gwin captured it perfectly in an interview with USA Cycling: “This track was hard this weekend,” Gwin said. “As far as physically and a challenge to be smooth, the hardest track we’ve raced all year. I like it. It’s fast, it’s dry and it’s good times racing in the U.S. I made a couple mistakes but they weren’t too costly. All in all, I’m stoked.” 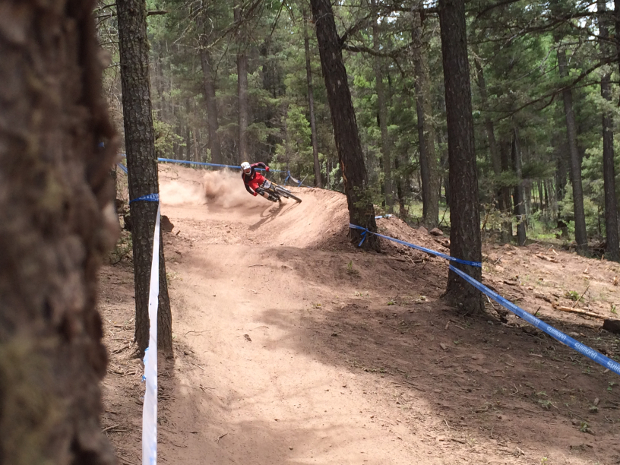 Having watched quite a few World Cup races on TV, I thought I was somewhat prepared for the speed of the pro riders. Turns out it doesn’t even come close! The high quality of competitors also gave it a World Cup feel. Gwin, as expected, took home gold, with Ropelato coming in a mere 0.04 seconds behind Mulally, for an exciting finish. Kintner brought her second gold medal home in the downhill event, not giving her competitors even a chance with almost 25 seconds on 2nd place. 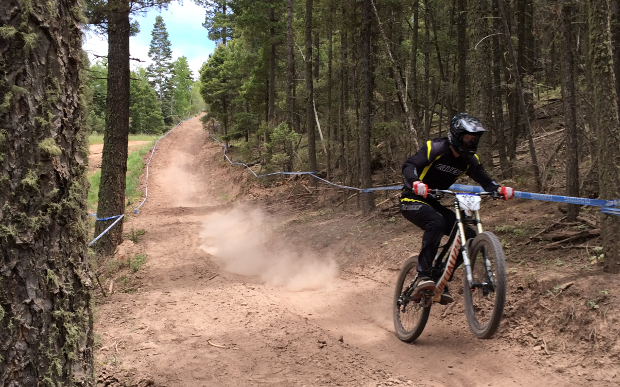 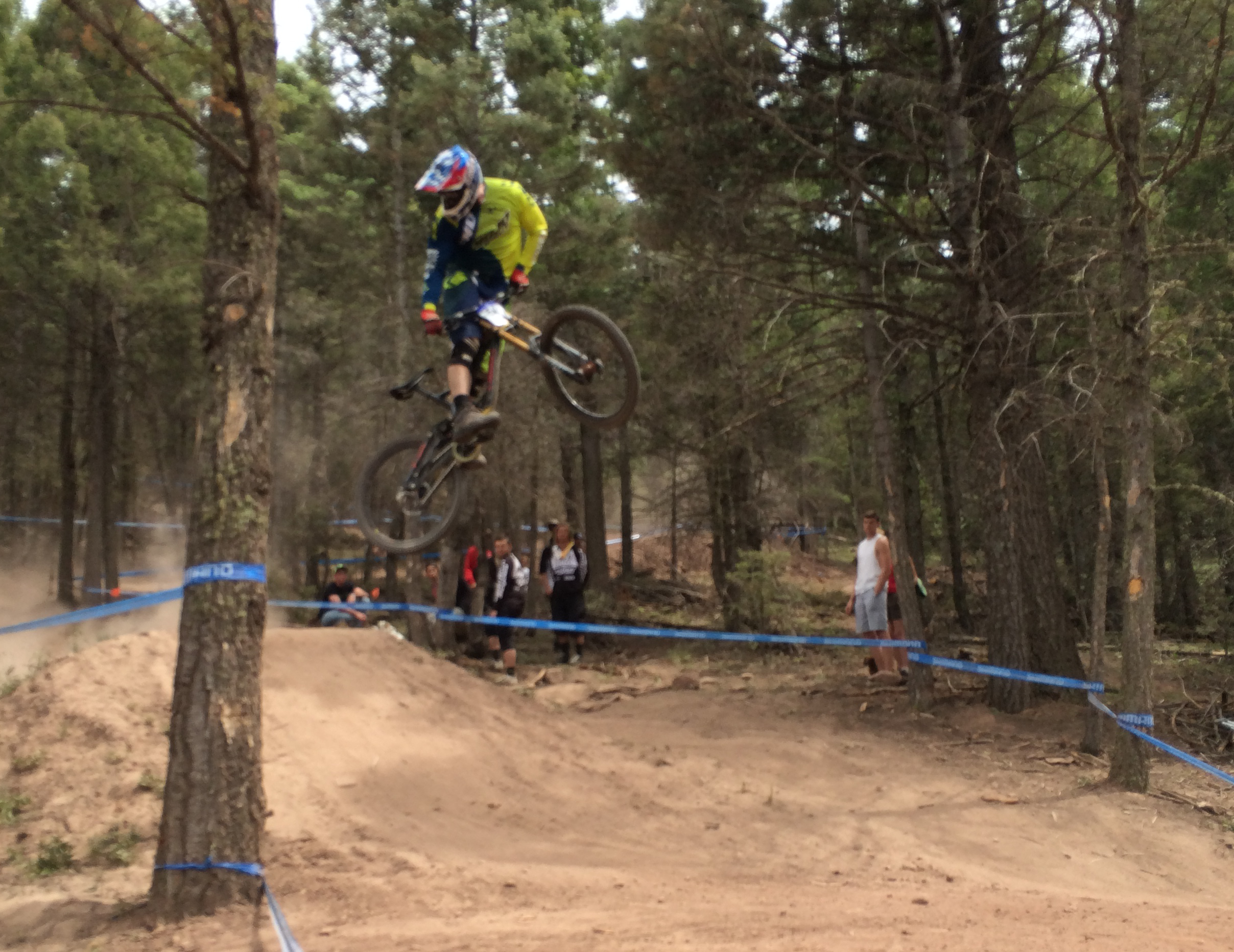 Overall, the National Championship races didn’t disappoint for a weekend of fun. Not only did I get to watch some of the best in the field, but I also rubbed shoulders with them–no VIP or Press Pass required. Not to mention the blast of riding trails that crossed over and under the race course during the practice runs. Make sure to clear your calendar for next year’s event!