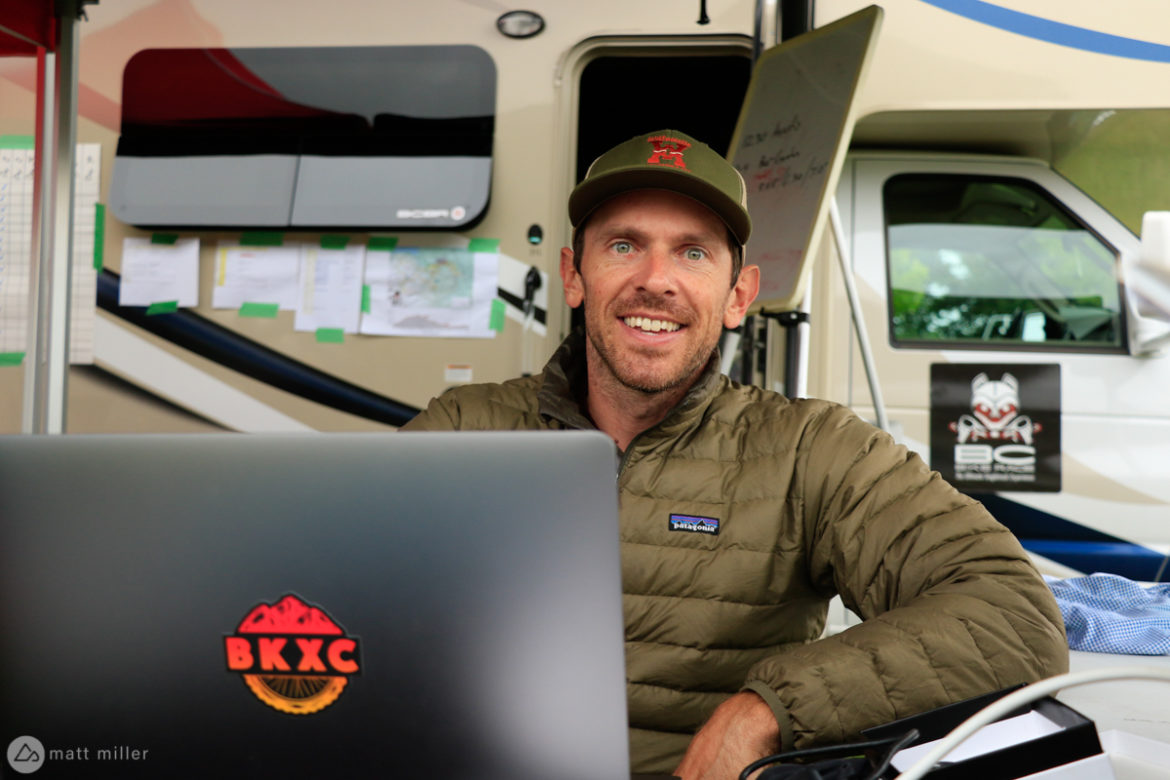 If anyone still doubts that 2019 is a terrible time to be alive, think about this: There are people that make a full-time living wage by producing short films about themselves mountain biking with entry-level camera equipment. Sounds easy, right?

As the anecdote holds true for every mountain biker, if it was easy, everyone would do it. Brian Kennedy didn’t go to school to be a film maker, nor is he a professional athlete. Up until a few years ago, his job was about as fun as uploading photos and descriptions of kitchenware onto a website, which sounds like — oh, wait.

In a few short years, Kennedy transformed himself from a working stiff to someone who works a lot but gets to mountain bike a lot more. He now has close to 300,000 subscribers and his videos net millions of views. I sat down with Kennedy after stage three of the BC Bike Race to pick his brain and share his best insight on building his mountain bike YouTube channel, BKXC.

What were you doing before you started your YouTube channel?

I was working in cookware, building websites and uploading products and managing the product side. The cookware brand that I worked for had many different brands and many different products, so every month there’d be like, a hundred new products that they’d need to get on the website with the description and photos, and we’d need to upload them and make sure they all match.

Why did you decide to start a YouTube channel?

Then, I started researching YouTube and internet businesses and I tried a couple of channels, but it wasn’t until I saw Nate Hills’ gimbal video from the Hangover trail, and it was GoPro video and it wasn’t shaky and you could hear what he was saying.

At that point, and that was in April of 2016, I thought GoPro was actually worth a shit. Before that, it wasn’t even a consideration. Like, who would even watch a GoPro video on YouTube? The video was shaky, the audio was horrible. Every once in a while you’d see something like a guy getting chased by a bear, but it wasn’t something that you’d watch for 20 minutes.

So, [I thought], I could totally do this, because it was a vlog and there wasn’t a lot of vlogging or mountain bike content at the time. There was Nate Hills, or Seth’s Bike Hacks, but those were different. I didn’t know if I was good at talking, but I knew I could talk and if people found it, then it would work.

How long did it take before you started to build momentum on your channel?

It was always little by little, but even by my first videos, people were finding it, because YouTube is just a big search engine. In the beginning, I did a lot of test rides on bikes and videos on Lake Tahoe trails and California trails that a lot of people are searching for, so it would pop up here and there.

And it was always very positive. People were liking it and it would grow and grow, and I don’t think there was a big hit video. There was one eventually, but I think it was just always a trickle of people finding and liking it.

When you’re starting, you have to get stuff out there that people are looking for, like beginner mountain bike tips, or video ideas that attract everyone, and [eventually] maybe they’ll just like it when you go to the grocery store.

How do you set your channel apart from others?

And, I think really it’s just being a normal guy. I was just a total shmoe, not that great a rider and over the past three years, if you’ve watched my channel you’ve seen this really interesting progression of getting better and faster and everyone can come along for the ride. I think it’s really relatable. I’ll meet people or get emails from people that say, “Oh, I went to Moab because of your video,” and it’s the ultimate compliment to get people going and doing things.

What is the most important element of a good video?

It’s always the story. And with mine, I [usually] stumble into the story and the story evolves. Any mountain biker knows that any ride can evolve into a story. That’s kind of the essence of what I do, and I capture it as it goes along. Video quality and sound quality does matter, but it’s always what happened.

After that, for me, it’s the sound quality. My videos are so much about talking and telling a story and capturing it clearly.

What type of videos do well for you?

The epic thumbnail. YouTube wants your video to succeed and people to watch it millions of times, and if no one clicks on it, then they’ll move on. They kind of know who everyone is and what they watch and they’ll throw it out to mountain bikers, and just by the thumbnail and title, [they’ll know if they’re interested].

My videos are usually just about an adventure that happened. I’ll do a few hero (planned out and scripted) videos, like ‘my ten favorite products for mountain biking,’ and those will do OK, but really it’s the epic adventure that has an epic thumbnail and the story backs up how good the thumbnail is. If you look at my top videos, it’s always just something dynamic […].

I’ll try and pick the best piece of action from the video that can tell the story. You want to intrigue people and tell them that there’s a story here [without it feeling like click bait].

One of my best videos is from Snowdown and it was crazy in real life and the thumbnail captured it so well. But, the thing is, there’s no planning that.

You have to be consistent. Even if it’s once a month. YouTube doesn’t take you seriously if you don’t upload consistently and neither do people at home.

Make friends and comment on other YouTube channels and ask the community. You can easily ingratiate yourself into the community, it’s just about getting in there and putting in the effort and being aware, interested, and curious.

There’s kind of a weird matrix between what I think people would like and what I would like to make and they’re always kind of at odds. You can always figure out how to get tons of views, but will it make you happy? There’s a weird balance between what you want to make and will make you feel good, and what will get hits and pay the bills. But, that’s not ’til further down the road.

What are the most common mistakes for new YouTubers?

The most common mistake is not just doing it. You have to make at least a hundred videos before you know what you’re doing. It’s just like any apprenticeship.

For me, I had a little bit of video editing experience from when I worked at a newspaper, so I had some experience. But it’s more about talking to the camera and being comfortable.

Just doing it is where people mess up. They think and think about it, and buy all the equipment, and have a channel name, and a logo, and a T-shirt. They don’t actually just do the work and put it out there and be reflective and say “Oh that didn’t work, maybe this’ll work.”

One thing people always ask me is if there is enough room to start another channel. It’s always unlimited and the attention of people is unlimited. If you’re making good shit, people will watch it. Mountain biking is growing and there’s always room for good people with good material. The stuff that’s bad won’t get watched and the stuff that’s good will always find a home.

This interview was edited for length and clarity.

Nice interview. I subscribe to and really enjoy Kennedy’s channel, along with several other MTBers. I much prefer the so-called ‘regular-person’ channels over the channels focusing on pro racers or pro racing teams. I feel like I learn more from seeing things done both the right and wrong way. I can also relate to some of the things they have trouble with and understand and can feel their joy at finally, after so many countless attempts, clearing a trail, section or feature that had been a long-time nemesis.