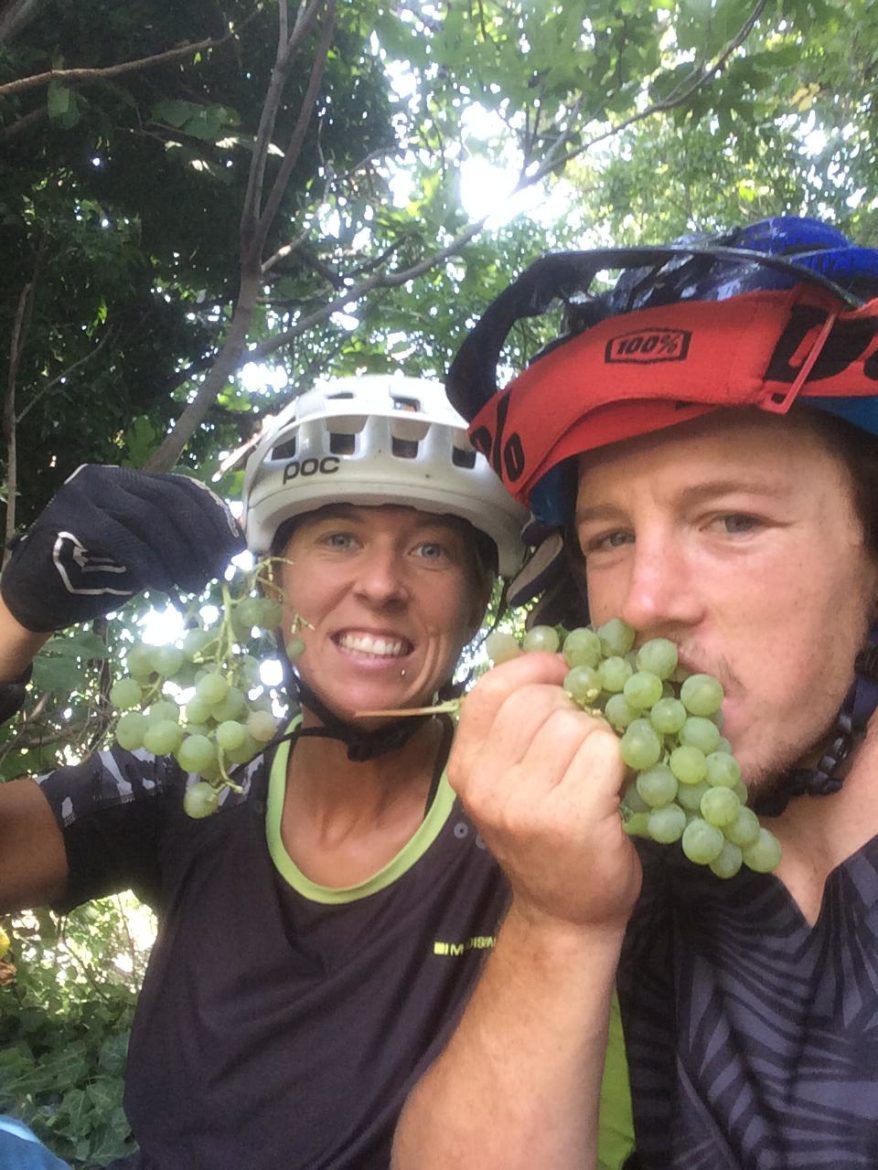 In the world of dirt riding, I find myself running into salt-of-the-earth sorts of folks on a regular basis. The kind of humans who will invite you to their grandma’s house for supper, or to their wedding, after your first few descents together. Maybe there is a correlation between people being kind while simultaneously loving the thrill of loose traction and the quiet light of the forest, or maybe I am simply fortunate with these run-ins.

Jess Enlund and Loui Harvey are two such friends who make a welcome space and a genuine grin for everyone they meet. I crossed paths with the Kiwi couple while traveling around to Enduro World Series (EWS) races in Europe with my partner, and we became fast friends. I recently had a chance to chat with Jess about how their season is coming along as she was preparing for EWS round 7 in Ainsa – Sobrarbe, Spain.

How did you, individually, get into mountain biking and eventually enduro racing?

I (Jess) learned to MTB during my first year of studying Adventure tourism in Nelson, New Zealand in 2010, and when Loui and I got together about a year later he was quick to join in.

Loui was the first of us to start competing, winning the hardtail category in one of Nelson’s downhill races, in which he was, for obvious reasons, the only participant. I’m pretty sure they had to include this category just for Loui.

We both tried our luck at downhill for a while before we found Enduro. Our passion for racing Enduro began sometime around 2015 with races such as the Top Gun and Mammoth Enduros in Nelson. My first ever Enduro race was the Mammoth Enduro 2016, it was without a doubt the hardest thing I had ever done and I loved it!

Where do you like to train the most in New Zealand?

We live and work in Nelson in the top of the South Island and, with potential bias included, we hands down choose Nelson. It has an incredible amount of steep, technical descents as well as longer adventure rides. Also, the unbelievable, privately-owned, Wairoa Gorge Bikepark, run and operated by the Nelson Mountain Bike Club, is littered with well-built, raw, technical, natural single trail.

How did you decide to follow the EWS, and how did the guiding gig in Finale come about?

I had been restless for some time and wanted to get traveling again, and Loui had achieved good things while racing in New Zealand and was keen for another challenge. We were in the rookie league when it came to traveling in a van together but we were excited. Loui qualified for the EWS via qualifying events throughout the year but for me, the way in was rather different.

I was unimpressed with the idea of simply following Loui to watch him race so when the opportunity arose for me to enter some of the races they were entered and paid for quicker than you can say ‘cheerleader.’ So we were both following the EWS circuit in 2017.

As for the Finale guiding work, Loui made some friends during the 2017 EWS race in Finale and stayed in touch regarding our return and potential to work the following season.

What does preparation for a season abroad look like?

We were both working very hard between September and March to save as much money as possible for the upcoming trip. A lot of sacrifices were made in terms of how extravagant a lifestyle we could afford.

We got up early to get a gym session in before work and rode our bikes in the afternoons and weekends. Loui even committed to a whole lot of sprint sessions. I considered them and left it at that.

Have you been able to find solid sponsorship/support for your race program?

We have done a fair bit of fundraising in Nelson and the support was quite overwhelming! We have been very well supported by Hyperformance Hardware in Nelson, and when it comes to our Ibis bikes with Ibis NZ, and B-Rad Cycle Service who go above and beyond with both mechanical support and all-around life skills throughout the off-season.

We are also incredibly stoked with our race kits from Madison clothing and Ever Outdoor. What has been more difficult is finding financial support, and every little bit helps when spending 5-6 months on the road. People are amazing and willing to help, but it is hard finding that kind of support outside of Europe, in our case, in New Zealand.

What are some of your favorite and less favorite elements of guiding in Finale?

Guiding in Finale is incredible and absolutely surreal. Getting paid to ride your bike is one thing but getting paid to show people around the unreal Finale trails, eat a mouth-watering 4-course lunch, and then get driven back up to do it all again is priceless!

For us, the main difficulty has been to go from guiding in New Zealand where tourism is done outrageously well, both in terms of health and safety and customer experience, to Italy where things are done a bit differently. Italy, as amazing as it is, has a long way to go in regards to health and safety and guiding procedures. This in itself is fine, every place has different areas to work on, but for us to have the knowledge and experience to improve and simplify the way things are done but no avenue to voice our ideas has been difficult. 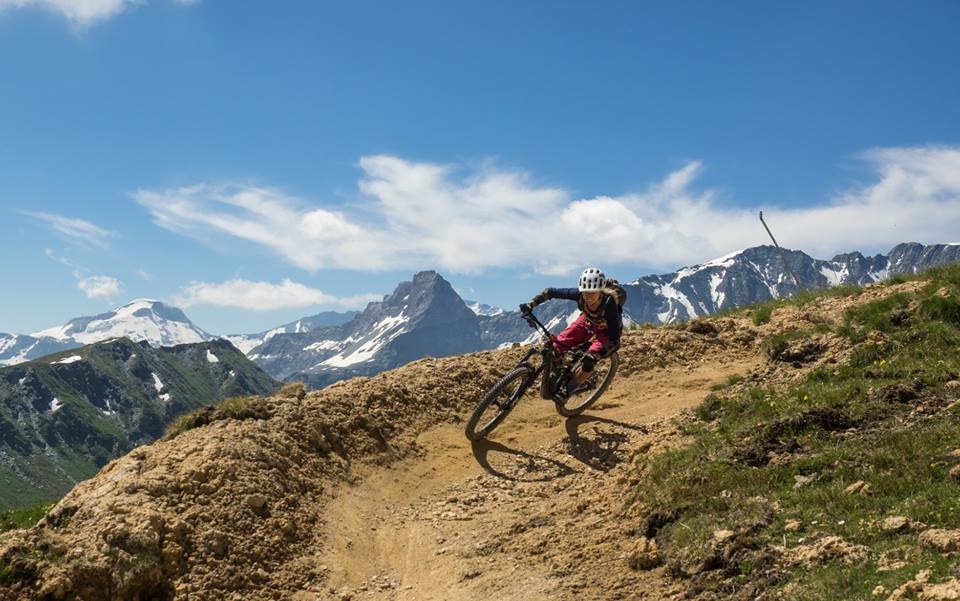 What are some of the most memorable places you have ridden while away from home?

Madeira was an adventure! This was my first ever EWS and I had absolutely no clue what I was getting myself into. It was a very hard race both physically and mentally but to struggle that much on that amazing island still felt like luxury and life-quality. We also really enjoyed exploring Valberg-Guillaumes and finding a couple of the EWS trails from the year the race was there.

But our top two places must be La Thuile in the Aosta valley and Canazei in the Dolomites, both located in northern Italy. They both have mountain peak scenery, alpine meadows with the distinct marmot-squeaks, open and fun terrain that drops into steep and technical, well-built forest trails. Plus they are far from any stress-inducing big cities.

Do you have any particularly intriguing race highlight or upset stories?

Loui started his 2017 EWS season with a mechanical that meant losing his rear brake early on during the race in Tasmania. He then proceeded to finish the race off with only his front brake. Whilst Loui was struggling to breathe at altitude in Chile, that was one of my highlights as I did not struggle and couldn’t stop feeling fortunate to take up space in such an amazing part of the world.

Other highlights from our two seasons on the circuit are: The people of South America and the way they made us want to be better people, the guiding work, the thunderstorms in the mountains, the big birds in the Pyrenees, the glacier-fed river showers, the French baguette lunches, the scenery, cheap cheese in France, olive groves and other casual fruit trees everywhere, the gelato in Calice Ligure (the best gelato in Finale is not in Finale…) all the waterfalls and caves, living in the van, and everything else in between.

What does the remainder of the season look like for you two? When are you headed back to New Zealand?

We are currently awaiting practice to start here in Ainsa, Spain. Directly following this race we will head back to Finale to prepare for the last one and then we begin our journey north to Sweden where we will spend time with my family and friends for about ten days before we fly back to New Zealand. 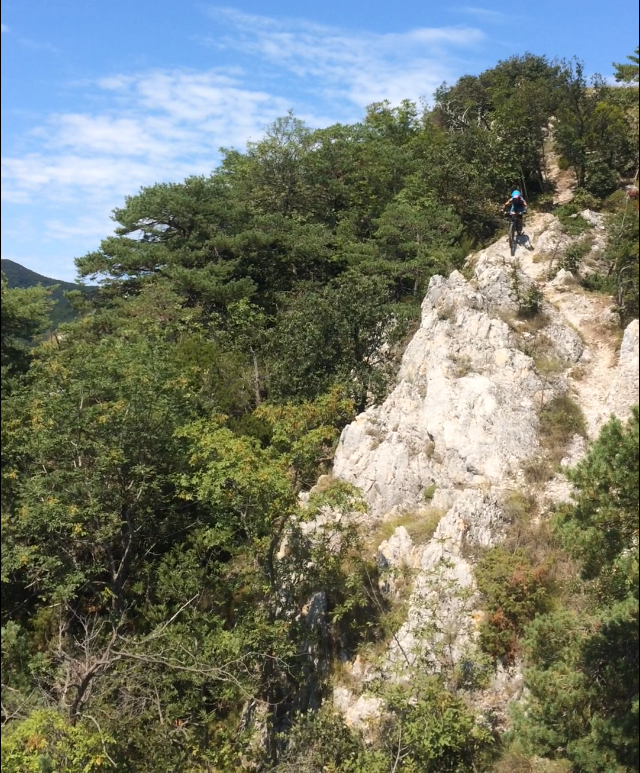 What is your favorite off-bike activity?

We both like being active and preferably in a scenic place. Activities such as swimming, windsurfing, surfing, rock climbing, and going to the gym come to mind. I also have a love-affair with second-hand shopping whilst Loui enjoys quality time with his guitar. Drinking coffee is also a ritual of highest priority and standing.

Do you have a personal mantra that helps you focus on race day?

Loui doesn’t feel he does anything particular during the race, while I have this weird habit of thinking ‘next time I get to here…’ For example, when there is a liaison that’s repeated or when returning to the paddock area. This could be followed by ‘I will be stoked because I will have almost finished the race’ or ‘it will be the last time pedaling back up’ and this does seem to prompt happy thoughts in tough sections. 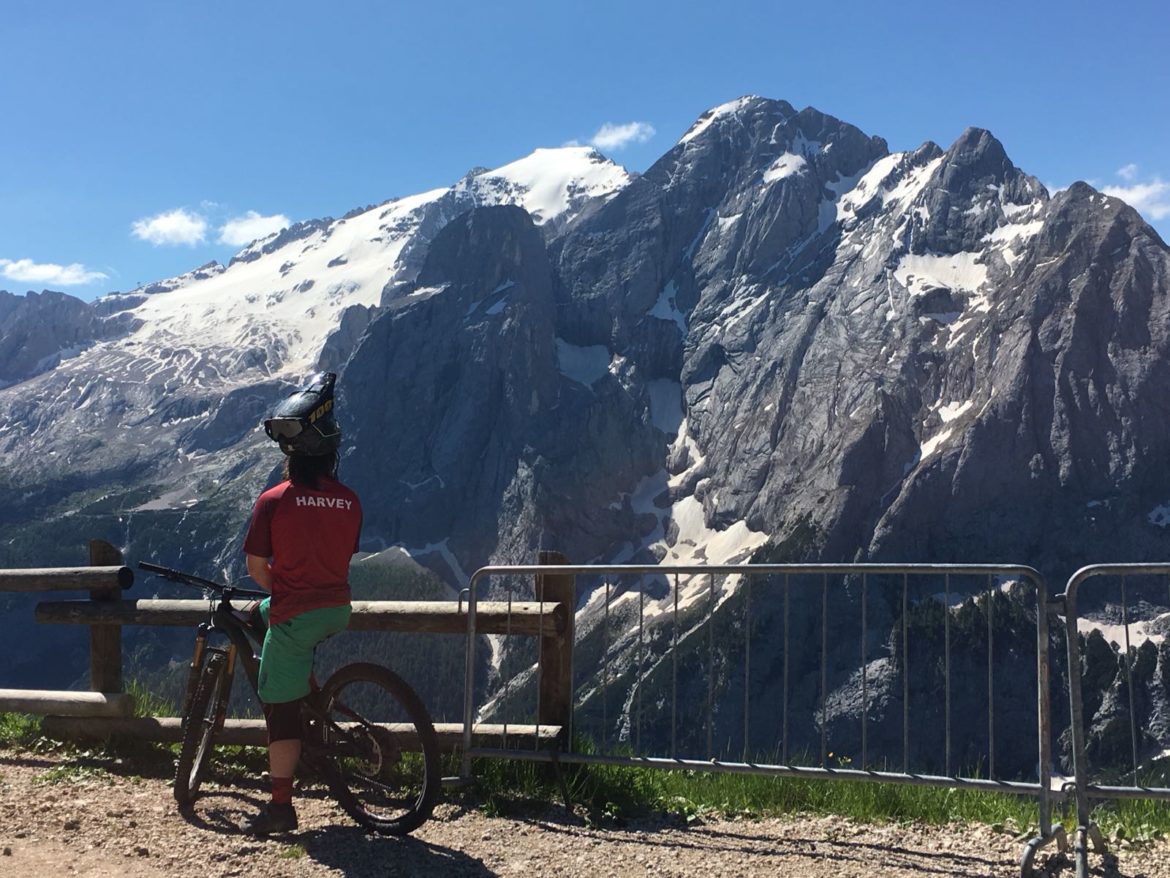 What element of enduro still scares you a little, or keeps your heart rate highest?

I love a good battle, particularly if there is one person very close after day one or of similar speed in the stages. The time in the start gate never fails to get my heart rate up either. For Loui it is thinking about the level of competition and how little it takes to climb a good 10-20 positions that get him going.

Where/how did you meet one another?

Loui and I met when I moved from Gävle, Sweden to Nelson, New Zealand to study Adventure tourism in 2010. He was in a class studying Applied Fitness and they got to use my class as guinea pigs for personal training. I felt I wasn’t getting much out of my sessions with my ‘trainer’ and quickly took Loui up on his offer to do additional training sessions with me. We became good friends and got together the following year.

Jess and Loui will be getting hitched back home Nelson in November 2019, and plan to work hard to save for another season of van driving and enduro racing. You can follow these two as they race the final round in Finale via the Live Tracking on the EWS website.

Culture
The Venerated Italian Superenduro Series is Paused for Another Season
Gear
Industry Nine Sparks Interest with the Matchstick, A Front Axle...
Gear
The Story of the Clever SwitchGrade Saddle Angle Adjuster
Community
Vaea Verbeek: 'I am at a solid place where I...