Truvativ, one of the brands under the SRAM umbrella, recently launched a few new cranksets as well as a pair of DH-ready handlebars.

The Stylo name has been in Truvativ’s line for years as their no-nonsense, workhorse XC/trail crankset. Truvativ is offering two versions of the refreshed Stylo: one in aluminum and one in carbon. Both get direct mount chainrings with SRAM’S X-SYNC™ 2 tooth profile that will work with their 12-speed Eagle groups. Crank arms come in 170mm or 175mm lengths; spindles are either 24mm or 30mm; and Boost chainrings are available as an option.

Truvativ’s Descendant cranks are aimed at burlier terrain, although the weights remain comparable to the Stylo offerings. Like the Stylo cranks, the Descendants get direct mount rings, with the revised tooth profile.

To go along with the new cranks, Truvativ has also unveiled a new Descendant handlebar in either aluminum or carbon, as well as a matching direct mount stem. The big news here being a bump up to the 35mm clamp diameter from the long-standing 31.8. Both the carbon and aluminum versions of the bar feature similar geometry with an 800mm width, 5° of up sweep, and 9° of back sweep. The carbon bars have 20mm of rise, but the aluminum bars get 25mm. Weights for the carbon and alloy bars are 230g and 310g, respectively. Pricing is set at $70 for the alloy and $180 for the carbon.

The direct mount stem comes in a 50mm length with no rise. Claimed weight is 155g, and the price is $75. 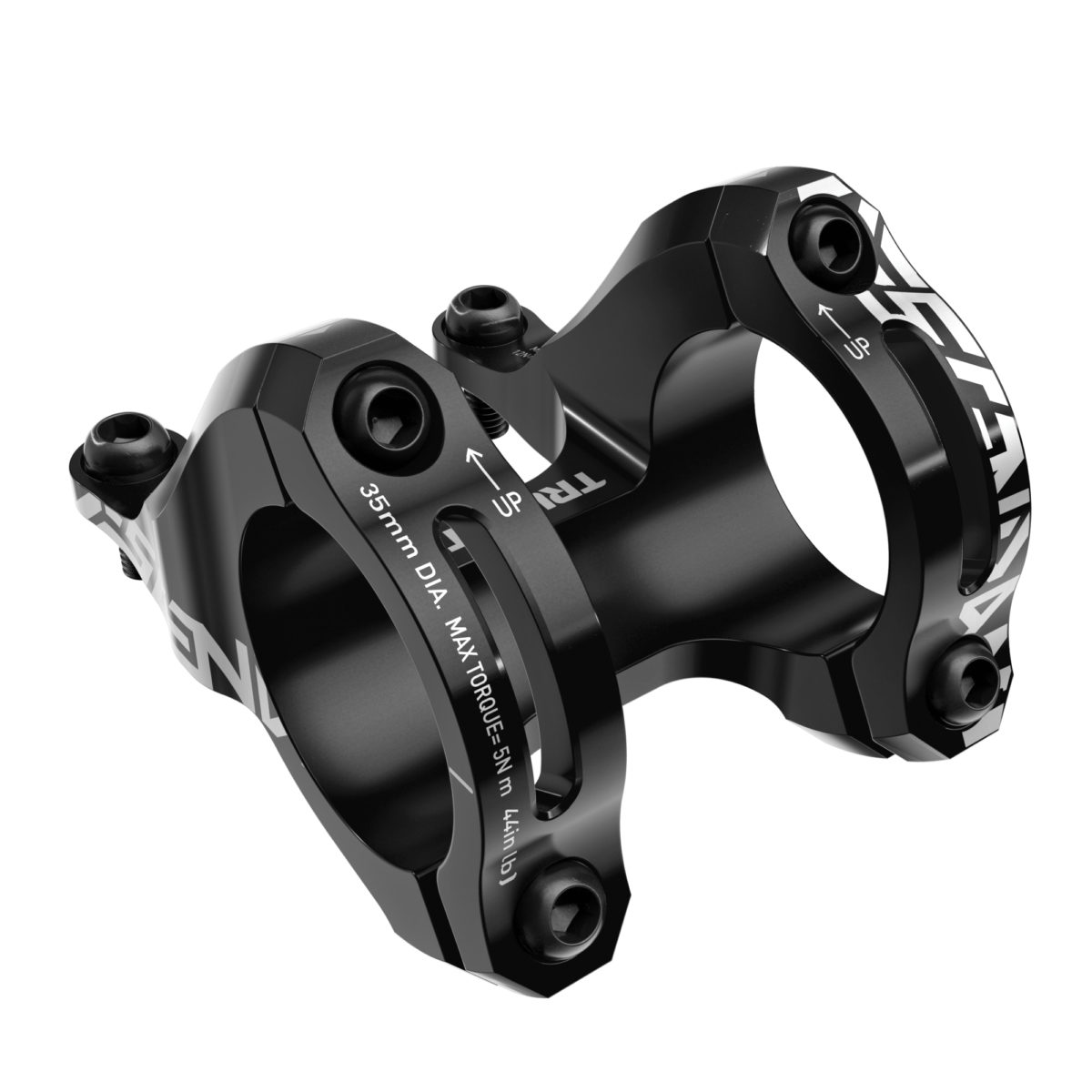 All of Truvativ’s new offerings will be available in shops starting in July.