The inaugural Monarch Crest Enduro was just announced yesterday and is scheduled to take place October 2-4, 2015. And I have a prediction: this will be the best enduro race in Colorado in 2015, if not the nation. Yes, that’s a bold claim for a race that’s never been held before, so let me qualify it for you.

As regular readers will remember, I raced the Big Mountain Enduro Series in 2014, including the absolutely fantastic Crested Butte Ultra Enduro. I’ve gotten a good taste of what enduro racing has to offer, and what the courses in Colorado specifically are like. And I have to be frank, here: I’ve personally found the ski resort-centric enduro races to be rather disappointing. At least one of the BME races last year was held 100% on ski resort trails, and a couple were partially ski resort-based and partially backcountry based. But my favorite two races out of the entire BME calendar were easily the Durango race and the Crested Butte Ultra Enduro.

The Durango BME stop was 100% backcountry style enduro, with one stage starting above treeline in the high alpine and dropping all the way down the mountain side, eventually finishing in town. The first four days of the Crested Butte Ultra Enduro had that same feel as well, and I absolutely loved all of those days of racing!

But apparently I’m in the minority. For 2015 BME has dropped the Durango race and added another resort-centric race at Winter Park. Based on rumors amongst the racers, this change was due to low attendance at the Durango race as compared to the resort-centric races. Rumor also has it that this was due to the intense nature of some of the backcountry climbs, but I also think it could partially be a result of the long distance from the front range. Regardless, Durango has been canceled. Also, the CB Ultra Enduro is on hiatus for 2015, with assurance from BME that it will return in 2016.

So while I might be in the minority here, if I’m going to race an enduro, I want it to be epic. I want to race on remote, gnarly trails with incredible views, challenging terrain, and have a ridiculously fun time doing it. I don’t want to be sitting around at a ski resort waiting for other racers to drop. I don’t want to race a bunch of stages that would be just as rideable on a dual-crown downhill bike. Heck, if I wanted to race DH, that’s what I’d do… but when I sign up to race enduro, I want to experience some epic trails in the backcountry!

As a Salida local for a year and a half now, I’ve ridden all of the trails that the Monarch Crest Enduro will be held on. And I can confidently tell you, based on my experience riding hundreds of trail systems all across the continent, that the trails this race will be held on will dish up some of the most epic riding in North America.

To help convince you how awesome of an experience this race will be, here’s some beta on the race stages:

Starvation Creek is a lesser-ridden descent off the Crest, but it’s an incredible downhill! Technically-speaking this will be one of the easier stages of the week, as much of the trail is smooth, straight, and steep, which does make for stupid-fast speeds. However, stay on your toes, as a boulder field at the bottom could break you.

Silver Creek is the classic descent off of the Monarch Crest route, but that doesn’t mean it’s easy! This trail falls quickly down the mountainside, with loose scree and exposure up high, fast sections in the middle, and boulder fields down low.

To date I’ve ridden well over 400 different trail systems all across North America, and on Singletracks I’m second only to John Fisch in the number of trails I’ve ridden. Out of all of those amazing rides, I think the Canyon Creek descent may be the best, most continuous descent I’ve ever ridden. Starting at 12,600 feet, dropping from the high alpine into the forest, through crazy rock gardens, and into flowy, fast sections down low, this will probably be the best and longest race stage of the week, and the second most technical.

Green’s Creek will easily be the most technical stage of the weekend. While they are some tricky moves up high, this trail really doesn’t have any huge features on it. But it’s relentless: this roughly 8-mile descent is a never-ending sea of boulders, small ledges, holes, creek crossings, root webs, and tricky corners. If your arms don’t get pumped racing down this trail, you need to share your training plan with me.

Fooses Creek will be a rad stage to end the weekend! This is a beaut’ of a trail with some tricky sections up high and some straight, fast, flowing trail down low. The above-treeline start feeding into a wicked-fast final section will leave you grinning from ear-to-ear, and wishing that the weekend wasn’t over.

The namesake of the entire race is one of the most renowned trails in the United States. While none of the race stages will take place on the Crest proper, there’ll be several transfers along the Crest to access the various race stages. While you won’t be timed on them, the transfer singletrack is some of the most incredible riding anywhere, and will make the experience that much sweeter! 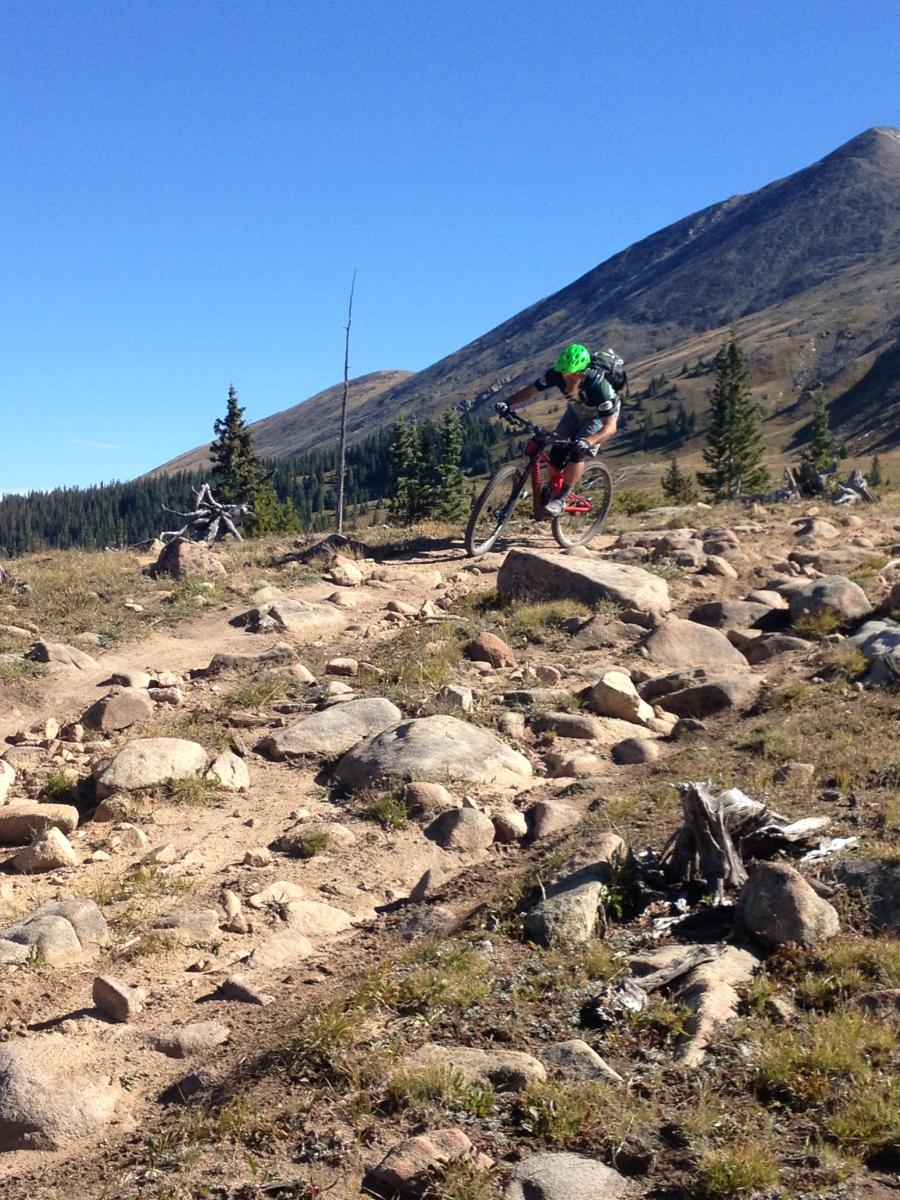 Still somehow have energy after three straight days of enduro racing? Get some pals together and self-shuttle the Agate Creek trail the next day, the final epic descent off the Monarch Crest, for an intense four-day experience.

Despite getting to ride these trails all summer long on my own, I still hope to join in the action and mash all these trails together into an intense 3-day shred session. It’s going to be an epic weekend, and you do not want to miss it!

Registration opens on January 16. Prices start at $375 for amateurs registering early, and go up from there. For full details, including info on food, beer, and rules, be sure to click over to the official Monarch Crest Enduro website.

Looks like an AMAZING weekend Greg. Tear it up, but don’t get torn up. LOL. I agree with you, the deeper into the backcountry the better. As you know, I hope to do the Crest for the first time next summer. I’ll be happy to just complete the full ride and have as many days as I like to recover. =) Three or four days in a row will be a beast. How far will the racers will be riding each day?

That’s a good question on the mileage… I’d have to sit down with a map and do the math. Off the top of my head I’d say roughly 20-30 miles per day, approximately 25-ish.