The Tour Divide is a mountain bike race unlike any other, andthe 2011 grand dpart is Friday, June 10th. It’s a self-supported race along Adventure Cycling’s Great Divide Mountain Bike Route, which is a patchwork of mostly gravel roads, some singletrack,and just enough pavement to connect everything while more or less following the Continental Divide in the Rocky Mountains. Racers start in Banff, Alberta (Canada) and follow the route 2,745 miles to the US/Mexico border in Antelope Wells, New Mexico. The route has over 200,000ft of climbing, which is equivalent to climbing Mt. Everest. From sea level. Seven times. 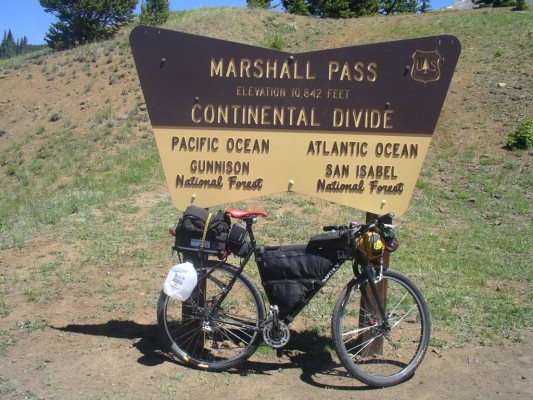 There is plenty of climbing on the GDMBR. Photo: Nathan Jones

The Tour Divide is 100% self supported, meaning the racers must take care of themselves. There are no pre-arranged SAG stops or feed zones, and support crews are forbidden. Racers must carry what they need with them and resupply along the way. It is a bikepacking race after all.

Racers are allowed to use any services along the route that are available to the general public. They can eat at restaurants, stay at hotels, or get mechanical assistance at bike shops. But much of their time is spent alone in remote, beautiful,areas. 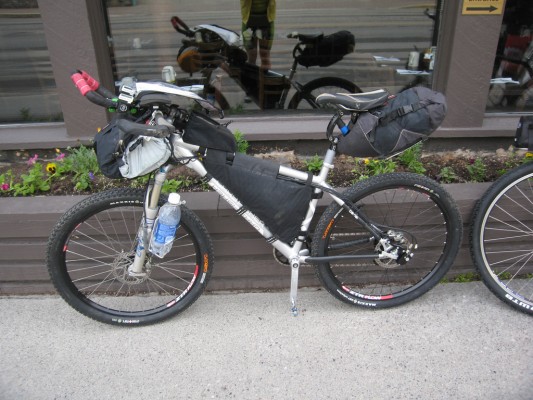 Custom frame/saddle bags allow for gear storage while keeping weight low and aero bars provide alternate hand positions and a way to get out of the wind, at least a little. Photo: Stephen Huddle

The current Tour Divide record was set by Mathew Lee in 2007. He completed the entire route in 17 days, 21 hours, and 10 minutes. Jill Homer is the current women’s record holder, with a time of 24 days, 7 hours, and 24minutes. Tracey and Jay Peterveryhold the tandem recordof 18 days,13 hours, and50 minutes. Yeah, you read that right: tandem record. Chris Plescohas the singlespeed recordof 19 days and 21 minutes. 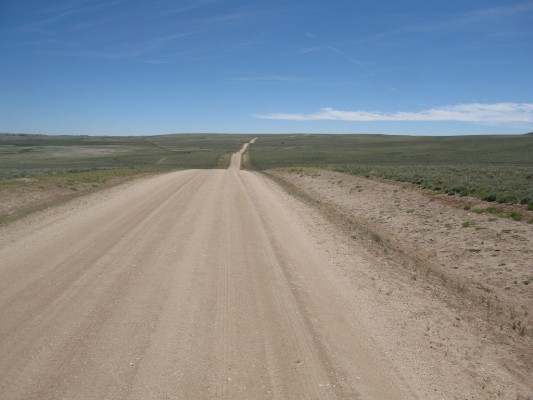 To learn more about the Tour Divide head over to their website. You can also purchase the film Ride the Divide which is a documentary about the race. In my opinion this film is a must see for every cyclist; no matter what kind of riding you do you’ll enjoy the movie. If the idea of bikepacking for days at a time sends your brain into a tailspin, head over to bikepacking.net. They’ve got photos of different bikepacking set-ups, ride reports, and a forum where you can get your questions answered. 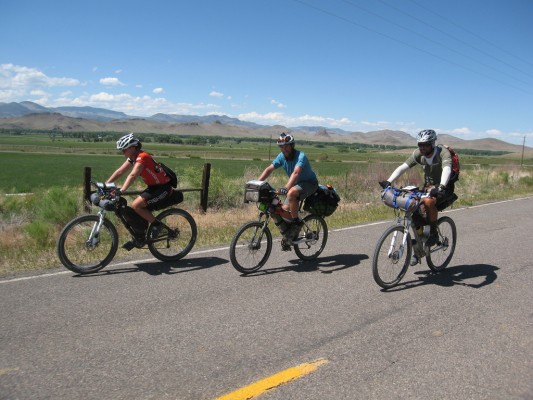 There are several ways to follow this year’s Tour Divide race. All racers carry a SPOT Personal GPS Locator, and TrackLeaders.com provides tracking for the race. You can see a map showing where everyone is on the Tour Divide’s website by clicking here. The coolest way to keep up with the race, to me at least, is to listen to the MTBCast podcasts. Racers periodically call in and leave a quick report of how things are going out on the route. It’s really a great way to get into the heads of the brave men and women attempting this ride. You can find the podcasts on iTunes, and you can check out their facebook page right here. 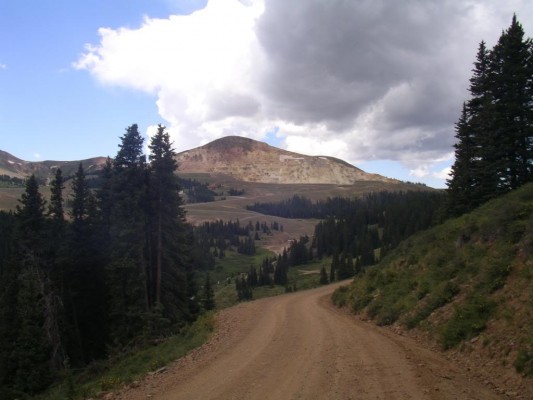 I would liketo thank Stephen and Nathan for allowing use of their photos, and wish them the best of luck on this year’s Tour Divide.

Community
The Bicycle Corps: America's Black Army On Wheels [Video]
Mountain Bike Podcast
Must Listen: A Bikepacking Adventure in the North Georgia Mountains...
Culture
Over a Beer: Dreaming of Greatness - The Upper Echelon...
Gear
An Intro to Bikepacking: Blackburn's "Roll With It" Film and...

I watched the Ride the Divide movie and it was excellent. The thought of riding a bike almost 3,000 miles just blows my mind.

Oh, and these racers aren’t dopers! 😀

One of the angels sitting on my shoulders makes me wish I could attempt something of this magnitude, and then the other angel beats some sense into the first one.

That is a lot of pain, and a lot of boredom! I just can’t imagine riding my bike for that long…

Craziness! Mad props to all the racers!

I’ll be watching this again this year, and years to come. I have dreams of participating at some point in my life, then agian it is a dream. This event is one reason I got more heavily involved with mountain biking a few years ago.

I would like to point out that Matthew Lee did break his record last year by a few hours. As I recall he was on pace to beat it by a few days but had a problem along the way.

@PHRANQUY – I pulled the records off the Tour Divide’s website…assuming they were the most accurate. If I remember correctly Matt was on schedule to crush his old record last year, but forest fires or something like that forced everyone to take a different route. Maybe last year’s time doesn’t count as a record since it wasn’t on the official route? If anyone knows for sure…let us know!

@Goo ( 😉 ) yeah I know what you mean. The miles, climbing, and especially the elevation are all way too much for me. But, I can do a mini version! GoldenGoose and I are going to do a 2 day 100 mile ride next weekend! It’s almost the same thing LOL

@Dustin Gaddis, have fun on your ride!

Yeah, I’ve heard about the TNGA. I once rode with one of the guys who was in the first-ever group to complete the route (can’t remember his name now though). He was telling us all about it.

See, the thing with epic rides like these is that so much of the mileage is on gravel roads, or even paved roads…….. if there was more singletrack, i think they would be much more appealing.

That’s just my personal opinion, though.

Come out and ride Monarch Crest, it follows the race course for a few miles.

I watch the race for several year. Have visited with many of the riders and had some of them stay or at least eat at our lodge in the Grasshopper Vally of southwest Montana (Montana High Country Lodge). These people are simply amazing!

This year looks to be a tough one on the TD course, lots of snow in the Rockies still, flooding every where. I see a few veterans on the start list that I know and wish them and all the rookies the best of luck on the TD. Stop if you need food or a place to sleep and if you want to keep cranking the cooler will be full of water, fruit, energy bars and elk jerky by our sign.

The last weekend in June we will again be the breakfast stop for the RATPOD ride. This event is the main fund raiser for Camp-Mak-A-Dream and the cancer kids that go there. We will serve breakfast to 650 riders on the trail.

Good riding – stop by if you are pedaling through the Grasshopper Valley.