Network
Trail Description
About this trail
Description: This is the trail everyone wants kept secret. 16.2 total available miles of winding, climbing, narrow singletrack built by mountain bikers for mountain bikers. Ride the A (3.8 miles) & B loop for 9.7 miles as the basic continuous trail, or add on the C loop (2.7 miles, offshoot of B loop) and / or D loop (3.8 miles, offshoot of A loop) for a total of 16.2 miles. Unlike Poto or Pontiac Lake, you rarely get cooking on this trail. Your time is spent navigating rocks and roots on this narrow singletrack lovers heaven. Plenty of off-camber trail to keep you on your toes, too. Beginners should ride this trail with other experienced riders, it is a challenging ride. The basic A/B loop define the character of this trail, while C loop adds more rock passages. D loop is the most technical with lots of tight, off camber up and down turns, advanced riders only should attempt this loop. If you plan on riding all loops allow at least 2+ hours.
added by LR3ROVER 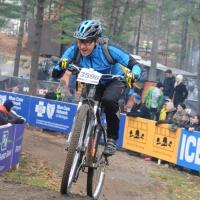 Review: This used to be my favorite trail in lower Michigan. Why keep messing with a good thing? The trail has always been slow with very little opportunity to get up to speed, and it is even slower now. Why add a turn in the middle of one of two straight away's? It's a silly change. Every other year another straight section is carved up. Now the trail has no flow and is a grind.

Similar Trail: one of a kind

Review: Pretty technical for the area, which is a plus. Its rarely muddy, but drainage is not great on this trail. Its been getting more and more washed out over the years. Seems like a lot rain water runs down the trail in some sections. Lots of sketchy sandy corners this season. Its technical, but not the fun kind of technical.

I'd also recommend bringing plenty of tools and a spare tube or two. Some the obstacles show up unexpectedly, hidden by the terrain or around a blind corner. There is only one entry/exit for entire the trail system, meaning its a real pain if you experience a mechanical failure anywhere other than the A loop.

Review: Rode this trail for the first time today, taking the outer perimeter which included portions of A, B and C. It was a fun, technical ride. In terms of enjoyment I'd rank it as similar to Potawatomi, but the speed is slower and more technical.

There were no significant obstacles in my opinion until about half way through the perimeter, a little ways into C. There were a couple short sections where I wasn't able to find a line fast enough to blast through without stopping. But probably a second or third ride through would be doable with zero stoppage for the entire ride. I didn't ride D, which is apparently more technical. Next time!

So, as others have said, you'll have a blast as an intermediate to advanced rider, and beginners will survive with some breaks and maybe some short walks here and there during the hairier bits. I was not exhausted by the end because there weren't huge opportunities to blast through the trail, at least not without some familiarity.

Review: Rating is 5 for this area, 3 compared to other area. Conditions yesterday were ideal w just a couple muddy areas. The only gripe is it could flow a bit better. It's difficult to maintain momentum which makes certain sections a chore on a single speed

Review: Now this is the best trail in the lower peninsula. Techy, backwoods singletrack that will have you crying by the time you hop on D loop. Nicely technical downhill sections that require a high level of bike control to ride fast, and seemingly never ending climbs. This is what MTB is all about. I wish there were more tight singletrack like this in SE Michigan. Whoever built this did a fantastic fucking job.

Edit: this trail has my favorite downhill sections in SE Michigan and maybe all of the Lower Peninsula(maybe except Marilla to Redbridge in the Manistee National Forest). Seriously, so much more fun than the machine cut downhills found at Big Kame. Put your abilities to the test here and let her rip!

Review: My fave in southern Michigan. Nicely technical. I wish there were trails like this up in northern Michigan where I live.

Review: Not for beginners and some intermediate riders would not find it fun either. This trail all comes down to what kind of trails you like.

Super Technical: Both up hill and down hill are super technical: rocks, roots, off camber, etc.
Speed Freak: I wouldn't recommend this.

If you like testing yourself physically and mentally this is all for you. Either way, I would recommend ridding with someone that is familiar with the trail. They would be able to show the correct initial line.

Review: This trail is not for the faint of heart. Just when you think your done climbing, you climb some more. Lots of tech, rocks,roots, etc. Definitely one of the more technical trails in Michigan.

Review: Awesome trail! You will climb a lot but it's always worth it. Lots of rocks roots and switchbacks to keep you on your toes. Not a beginner trail. 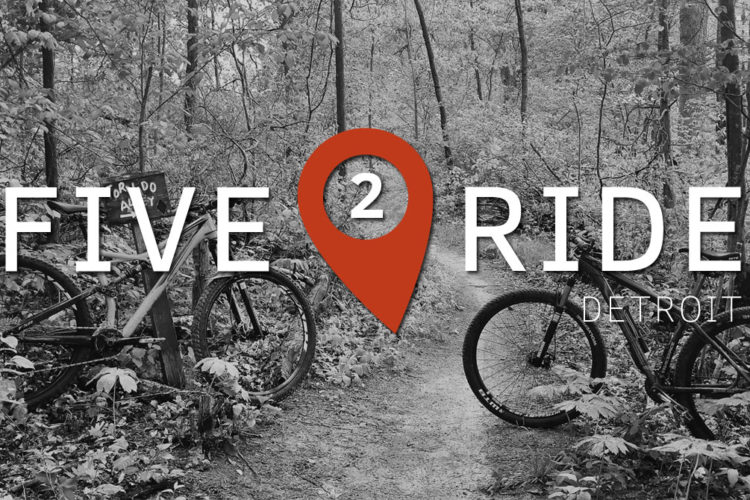