El Prieto has been hailed by many as one of the best singletrack rides in Los Angeles. After hearing such accolades, I just had to check it out! And let me tell you: they are not unfounded.

To start the ride, park at the lot and head past the upper yellow gate on the paved road. After a couple of miles there will be a fork: head uphill, towards Brown Mountain. Eventually the pavement will turn to dirt, and you'll see the bottom of the El Prieto trail off to your right. Eventually, this is what you'll be coming down, but instead of heading up Lower El Prieto bear left and continue towards Brown Mountain. Despite the fact that it's labeled as the "Brown Mountain Road," much of the climb is actually pretty killer singletrack, thanks to the undergrowth having overtaken much of the old road bed.

After 3 or 4 miles of exposed climbing in direct sunlight you'll reach a saddle and the El Prieto trail will descend off to the right. Hop on that, and get ready to rip!

Upper El Prieto is swoopy, gnarly, and fast-hang on and rock it! It's also still exposed to the sun and similar to many of the other trails in the area, but be sure to look for the Lower El Prieto trail taking off to the right.

Lower El Prieto is unlike any other trail that I've ridden in So Cal. It's gnarly, and mostly descends, but there are some smooth spots mixed in, some climbs thrown in, a few well-shaped switchbacks-the singletrack is a really mixed bag. But what really sets it apart is that El Prieto winds down through a canyon bottom, following a small stream. As a result of the water flow, there is actually vegetation: trees, green grasses (not dryed-out brown stalks), and many other types of undergrowth. The trail actually crosses the small stream several times, the cool spray of the water and the shade of the trees a refreshing relief from the hot sun higher up the trail.

After some absolutely awesome rolling, twisting singletrack, the trail spits back out onto the pavement-just go back the way you came, and after about 8.5 miles of some of the best riding So Cal has to offer, you'll be back at your car!

First added by Greg Heil on Jul 14, 2012. Last updated Apr 28, 2020. → add an update
Before you go
This trail information is user-generated. Help improve this information by suggesting a correction.
Getting there
Route to Trailhead with Google Maps
See google maps location given
System trails (1)
Featured in
I Rode It!   Add to another list 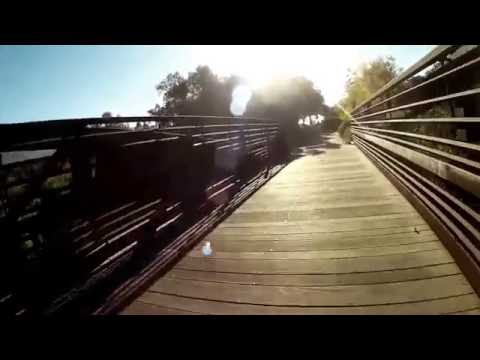