A great free ride area you can go all day! giant logs, tight twisty riverside single track. there are tons of neat obstacles ie; picnic tables, pallets over 3' logs.If you run the trail from the yates parking lot stick to the river side as much as possible after about 1 1/2 miles of dirty nasty log filled, broken down tree rooted,(after a good rain it gets a little wet):) you'll come to a couple of fire roads stay straight eventually you will come to a clearing with a semi large steep hill to your left!!! as tempting as it is stay to the right and follow the the river trail again. you will eventually run out of single track there follow the trail to the left and it will open up to a fire road, follow that past the big hill and up and around the backside of the hill and you will then find one of the best, fastest(bring your knee and elbow pads) switchback sections in lower mich!!! tons of stairs, about 30 different ways to o down this hill system! after hurting your self very bad you get to head back the same way you came in!!!! have fun!!

First added by searsandrewj on Jan 1, 2003. Last updated Apr 30, 2020. → add an update
Before you go
This trail information is user-generated. Help improve this information by suggesting a correction.
Getting there
Route to Trailhead with Google Maps
john R. north to the end. entrance is right there.Or at the end of Dequinder rd. is a cider mill on the right hand side (Yates).you can park there and hop through a fence on the opposite side of the river.
I Rode It!   Add to another list 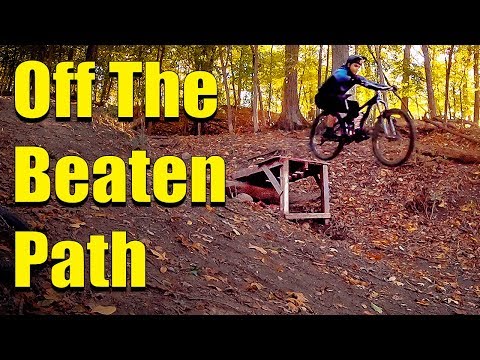 Q: Ive been told there is a way to get to this trail off oc the clinton river trail near the split to the Rochester river walk cany any one be a little more spacific as to where this is????
asked by waldo on Jun 26, 2015
ANSWER
Please login or create an account.
A: Yes it is maybe 1/2 mile East of the parking lot on Letica Drive in Rochester. Follow the Clinton River trail East and there will be a two-track that branches to the right. You can follow this to the lower portion of Bloomer Park's trails (two-track/fire road) and pick up the rest of the trail network from there.
answered by dzemens on Aug 5, 2015    Feedback: Helpful | Not helpful