The penultimate day of the 2017 Pisgah Stage Race was the longest of the week at 31 miles. It’s also said to be the toughest stage of the week, as the route gains 4,100 feet of elevation. A huge chunk of that elevation was gained over a 12-mile climb from the bottom of the Laurel Creek trail, up a steep gravel climb, and onto Laurel Mountain. Much of the bottom of Laurel is rideable, but it just keeps getting steeper as it goes. Eventually, there’s a mandatory hike a bike up a near-vertical pitch to reach Pilot Rock.

Pilot Rock is one of the most technical descents in a region known for burly downhills. It begins with some rhododendron tunnel ripping, until that spits you out onto a granite outcropping with some chunky switchbacks. Once riders are back in the woods, the trail gets even rockier, including one particularly long rock garden that was filled with hecklers. From there, we had a 3-mile flat gravel road sprint back to the finish at the Cradle of Forestry.

I had another great day on the bike! Like yesterday, I made sure to claim a good starting position at the line. Looking at the elevation profile, I knew the start would be extra fast because it was so flat. I pushed to the point of discomfort, telling myself I would only have to do this for a few miles. That strategy worked out as I stayed in front of people I have been catching on the singletrack in previous stages.

The first 2/3 of the race went by quickly, until I hit Laurel Mountain. I made good time through the lower portion of the climb and conserved energy by hiking some of the early steep sections. The hike-a-bike at the very top of Laurel is just brutal, and it always takes longer to get up it than you think it should.

Pilot was a treat, as always. I had a clean run on it top to bottom – no dabs – but most importantly, I made it through the heckle section cleanly.

Here’s my ride from Stage 4:

The final stage is tomorrow (Saturday, April 15) and it looks to maximize the fun factor. We’ll start with a 1,000-foot climb up a gravel road to the legendary Farlow Gap trail. Farlow is widely considered to be the toughest trail in the forest. Daniel Ridge comes next, a raucous descent in its own right. After that, a long doubletrack climb will take us to the top of Bracken Mountain for a nearly 5-mile descent down some new school, flowy trail to the finish at the Brevard Music Center. 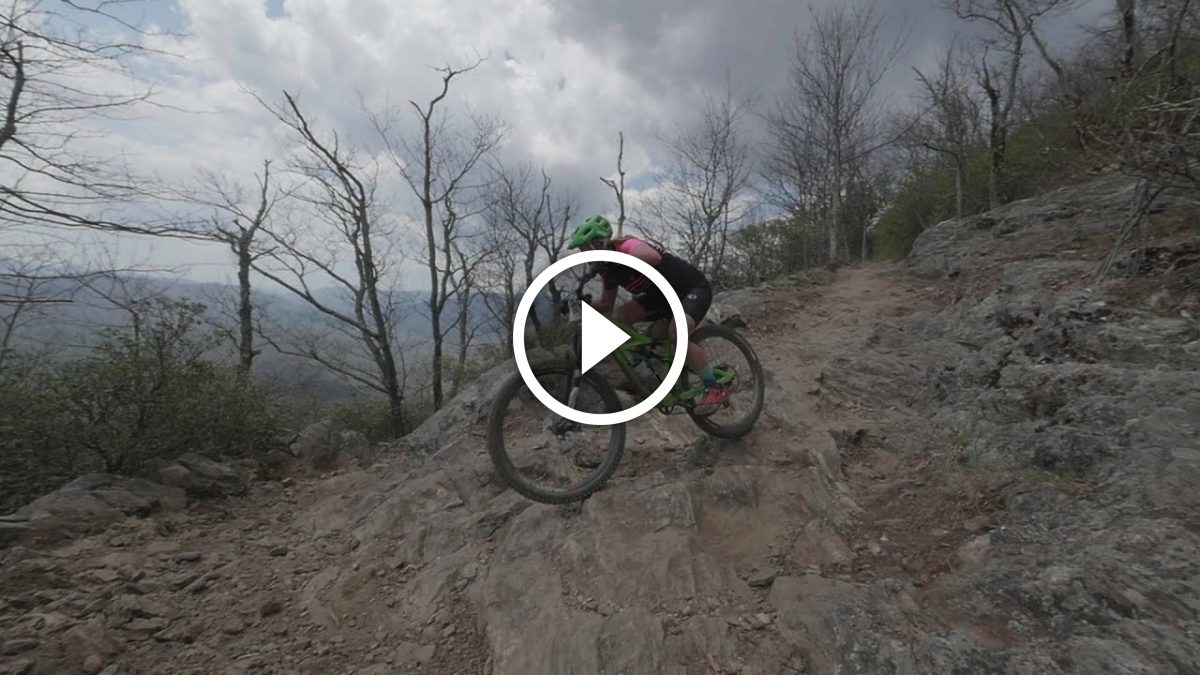