Transition is introducing two new carbon hardtails to their line: the Throttle with 27.5″ wheels and the Vanquish with 29″ wheels. Despite being carbon hardtails, Transition is still sticking to their ongoing goal of creating fun bikes that descend aggressively. As such, both of these bikes are true trail bikes and are more than capable of ripping mean descents. I mean, check out that video above!

The Throttle sports 27.5″ wheels and what Transition calls “lightweight carbon construction, ultra-low standover, and a slack front end.” With a 66-degree headtube angle and 420mm chainstays the Throttle should live up to its name as a light, snappy, aggressive trail hardtail. Claimed frame weight is 3lbs. 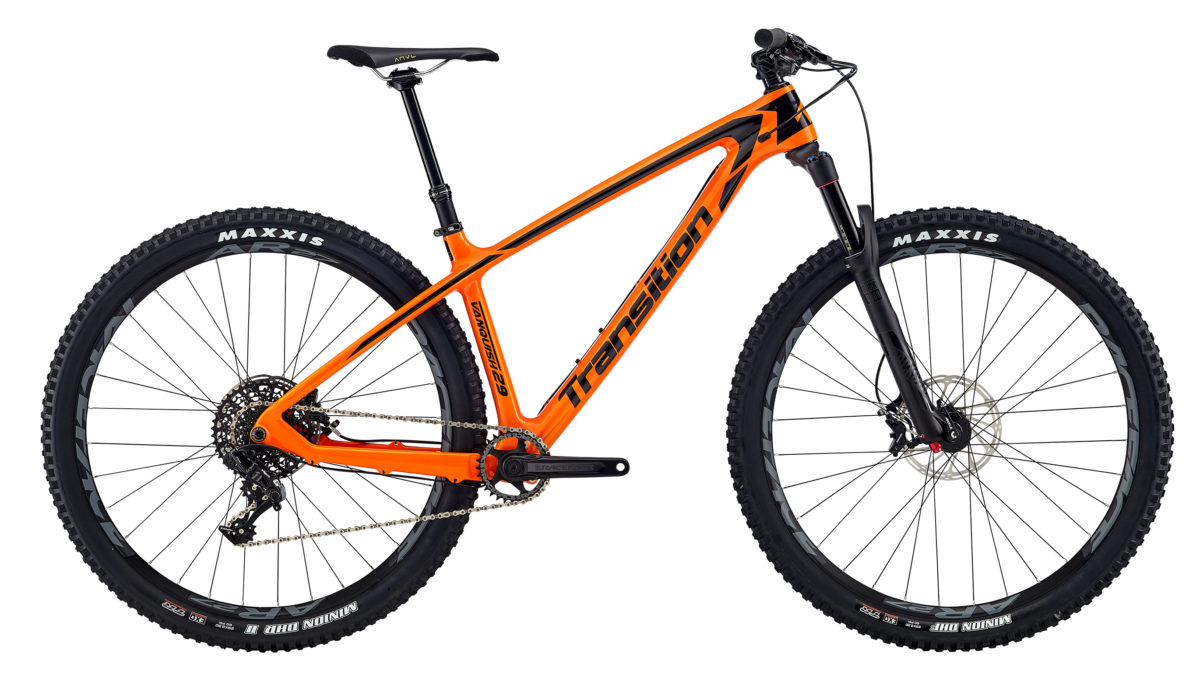 The Vanquish is “the closest to an XC frame in the Transition lineup to date, but with a typical Transition style that keeps ‘fun’ as the primary characteristic,” according to Transition. The 67.5-degree headtube angle and 420mm chainstays again should allow this bike to still be a ripper on the descents!

Claimed frame weight is also 3lbs, and the rear end is Boost-spaced. The Vanquish can accept tires up to 29×2.35″. The frame alone will retail for $1,699 and the GX-equipped complete will cost $3,699.