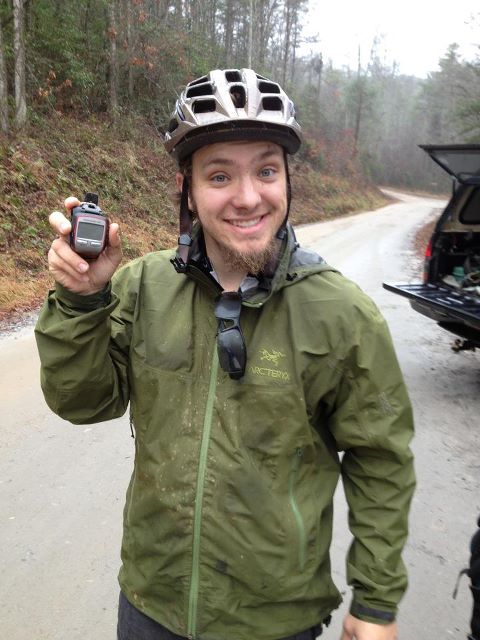 We all have them, whether we’ve written them down, spoken them aloud, made a pact with some friends, or just thought about them to ourselves… we all have goals for most everything we do in life.

Over the past two years, I have been trying to reach a goal of riding 2,000 mountain bike miles in a single year. Unfortunately last year (2010), I didn’t meet my goal, mostly due to a physical injury that I had little control over (you can read more about it here if you’d like). So when January 2011 rolled around, I knew that I had to give it my all and go for the 2,000 mile year!

I know that to some of you riding 2,000 miles in a year seems like chump change. With groups of crazies doing epic bike races like the Tour Divide, 2,000 in one year is pretty insignificant. But for me, this was a huge goal.

When you break it down, it doesn’t look so bad: assuming there are only 2 weeks in the entire year that I wouldn’t be able to ride, doing 2,000 miles only required me to ride an average of 40 miles a week. During the peak of the season, that really isn’t much, since I was doing single rides that were much longer than that. But when work and school and poor weather and other responsibilities get factored in, as well as the fact that these are all mountain bike miles, it started to look like a more daunting goal.

I definitely didn’t ride 40 miles every week. There were several weeks I could only ride once or not at all, and then there were a couple weeks where I put in well over 100 miles in one week. Somehow, by the beginning of November, I checked my statistics and noticed I was exactly on target to finish 2,000 miles by the end of the year.

But November and December can be two of the hardest months of the year to get miles in, what with school and finals, the lack of daylight, wet winter weather, and family responsibilities over the many holidays.

However, as of the end of a 20 mile ride in the rain last week, I can finally say that I have ridden over 2,000 miles on a mountain bike in one single year! Despite all of the challenges, all of the doubts, I have made it through to the end of this goal, this journey. (Photo above: just finished with my two thousandth mile!)

I’d like to thank my wife for allowing me all this trail time, and I definitely thank the Lord for blessing me with the health and fitness to accomplish this goal. As I found out the hard way last year, being healthy isn’t a right–not by a long shot. Being healthy is truly a gift, and I am so thankful to have had a healthy year full of amazing singletrack! 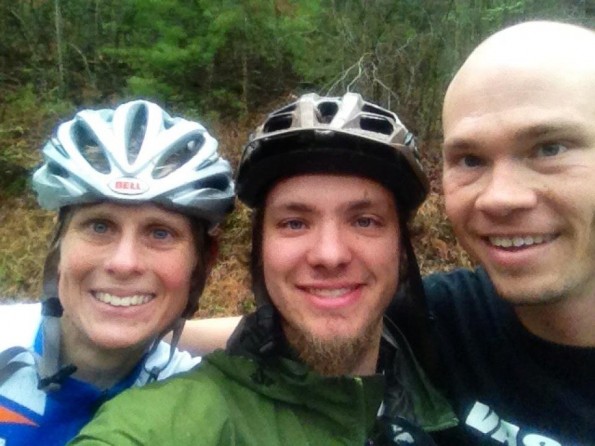 I had some great company on my last ride of the year!

But what can you get out of all of this?

Here’s the key takeaway: your goals shouldn’t be imposed upon you by someone else. They should be for you to set and you to attain. I set this goal of riding 2,000 miles in one year, and it was a real challenge for me to complete it. For some people, 2,000 miles in one year is way out of reach. For others, they can ride that in 365 days without even trying.

When you set goals for yourself, focus on you–don’t focus on what everyone else is doing. Set a goal that will push you and challenge you, but something that you are also capable of attaining.

As much as I’d like to, I doubt I’m going to be racing the Tour Divide any time soon…

Your Turn: What is one of your mountain bike goals for next year?

Progression
Building Psychological Resilience and Coping with the Pressures of Mountain...
Progression
Unleash Your Inner Beast: Why You Need to Do an...
Culture
Opinion: Why You Should Skip the New Year's Resolutions in...
Culture
My 5 Mountain Biking Goals for 2015

Gear
These MTB Deals are Fire, including 40% off Patagonia Dirt...
Progression
Sizing Up or Down Plus Handlebar Widths and Crankarm Lengths:...
Gear
The Maxxis Minion DHF Tire is Still the One to...
Gear
Never Underestimate the Power of a Good Zip-tie
Subscribe
Login
Please login to comment
19 Comments
Most Voted
Newest Oldest
Inline Feedbacks
View all comments

Awesome Dude! Hard to do on MTB and it says a lot about you commitment and addiction. Later,

I’m starting to think about my goals for next year too. It looks like I will meet the goals I set for 2011: I already met my mileage goal (on Christmas Day), and I only have get out these six remaining days to ride every single day of the year. I didn’t break up my road vs. trail totals, but I know I put over 1800 miles on my full-suspension rig alone and those were ALL trail miles.

Since 2011 was about days and miles, I think 2012 goals might be more about mtb trips and destinations; being able to check off more trails on my riding “wish-list”.

Thanks, guys, it’s been a great year!

Nanook, that’s insane man! What an awesome year! I think my goals are going to be a little more abstract as well. Although 365 days of riding sounds like a worthy goal…

Nice job Greg! I think I’ll have to set myself a goal this year! Good idea!

Good for you Greg, I’m sure you were pretty happy when you hit that 2000 mile mark!

One of my goals this coming season is to hit as many different trails as I can. I already find myself thinking about family vacations and weekend get a ways based on the trails that are in the area.

Hey congrats on the goal! 2,000 miles doesn’t sound like chump change to me – that’s a heck of a lot of riding year round.

Thanks so much everyone, it’s really been a great year!

I thought my 600 .c. was a lot last year. then i got to thinking how i could ride just about any time august 20-march 30 and realized i’m way behind. Way to Go. My goal this year is 1k. cya out there.

Nice job man. I was shooting for 1500 miles for the year, and I was on track…untill the very end. Rain, and life in general, got in the way, so I’m going to end the year with 1,421 miles. I’ve only been on my bike twice this month! The fact that I’ve been working 50hr weeks for the last few months hasn’t helped either lol. I’m not too bummed about it though, it’s been a great year of riding!

I am looking forward to becoming more active with the biking community in general, whether its through advocacy work, trail work, my photography/writing or all the above. still kind of trying to find my niche in all this but one thing is for sure; there is a ample opportunity to join in and work on the betterment of this sport along with cycling in general.

Hey Greg, thanks for the inspiring post. I know how it is. In days past I have racked up 10k miles in a single year. That includes a lot of pavement, but still on fat knobbies. (You said “Mountain Bike Miles.”) I did not own a car, so fifty-mile rides were routine. That was a lot of chains, cassettes, rings, and tires. Maybe you can consider some flatland activity to fill out your goal next year.
I’m guessing I get just short of a thousand now but it is real mountain riding. My goal this year is Santiago Peak in Orange County CA, a 15-mile grunt at a sustained 10% grade. Looks like I have four days left to get it done.

Thanks for the encouragement and congrats, guys! And for all of you setting and attaining goals, mad kudos to you!

@d_gaddis, that stinks man, but I can definitely empathize!

@AK_Dan, that sounds really cool! Like you said, there are so many ways to get involved. I think we each might have our own niche that we can fill.

@CaptainBrock, 10,000 miles in one year is insane! Yeah, I’ll bet you went through a ridiculous amount of gear!! Some day….

Nice job attaining your goal. I like the idea of knocking off a list of trails as a goal. I’m going to “borrow” that idea. Bought my first decent mtb in April & just rolled over 2500 miles today. I’m hooked! Didn’t set any goals, just decided to trade some couch time for riding. I might have had a shot at 3k, but a cracked heel & separated shoulder/cracked collarbone took a few weeks out of my riding time. Keep up the great work – love this site.

But I’m more proud of my 9 year old son who logged over 2,000 miles this year on his Scott Scale JR 24! I’d say at least 50% of his miles were from MTBing while the remaining miles were ridden on greenways, rail-trails, & the ocassional road ride.

Haven’t made any specific goals for 2012 other than having fun MTBing w/ my oldest son & getting his little bro (5 yrs old) out on the trails more this coming year!

I was stoked I broke 300 miles. Most of my riding was May through August, when school was out. Due to the unseasonably warm/dry weather, I was able to sneak two rides in the last few weekends in November. My main trail is only 7 miles long and hilly as crap (but oh so much fun!)

No goals for 2012 yet. I’m vacationing in Arizona so my current sights are set on riding every day from Christmas through New Years. So far, so good!

Wow, riding in Arizona for a full week… sounds like a great vacation to me!!!

And congrats on having a good year of riding!